Kero Blaster is a retro pixel art game that was originally released on iOS and has now been ported to the PS4. You take control of a frog who works at Cat & Frog, are a teleportation company. You are armed with a peashooter, and your job is to clear the teleporters of strange black monsters that are making them unfunctional. Are you ready to learn more? Then read our Kero Blaster review!

END_OF_DOCUMENT_TOKEN_TO_BE_REPLACED 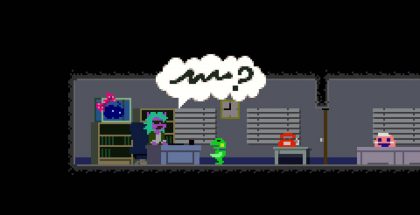 Daisuke “Pixel” Amaya, who you all probably know from the excellent Cave Story, is releasing a new game today on PlayStation 4! Kero Blaster is a new action game from the beloved developer, and it features a more linear and contained experience when compared to Cave Story.