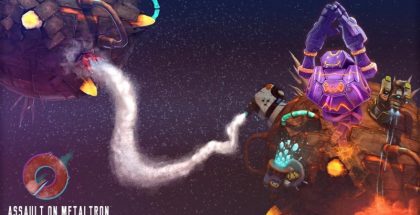 Here’s an excerpt of our interview:

Now’s YOUR time to win a FREE US copy of Assault On Metaltron on the Nintendo Switch.

END_OF_DOCUMENT_TOKEN_TO_BE_REPLACED

We’re doing a review on Assault On Metaltron, so I got in touch with Blue Sunset Games to talk a bit about the game. Come check it out!

Hello. It’s good to be back. We’re busy working on different titles at the time, and we have managed to release Assault On Metaltron!