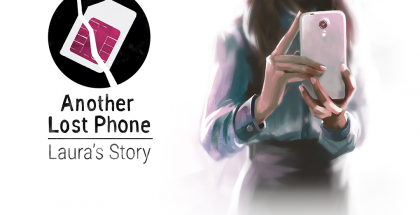 The giveaway for Another Lost Phone: Laura’s Story is now over. And the random winners aaaaare…

END_OF_DOCUMENT_TOKEN_TO_BE_REPLACED

We gave it a 7.5 out of 10, and quoted it a “Solid spiritual successor to A Normal Lost Phone“!

Another Lost Phone: Laura’s Story, as was the case for A Normal Lost Phone, will be over in a couple of hours at most, so this one will appeal to, say, fans of visual novels, as well as to, obviously, those of you that played and enjoyed the previous game on Nintendo Switch from Accidental Queens, Plug In Digital and Seaven Studio. It is available on its own for $5.99 on the Nintendo eshop, or you can a bundle with both games, as Lost Phones Stories, for only $9.99.

Now’s YOUR time to win a FREE EU copy of Another Lost Phone: Laura’s Story on the Nintendo Switch.

END_OF_DOCUMENT_TOKEN_TO_BE_REPLACED

PS4Blog: Hi! Welcome to PS4Blog.net. Would you mind introducing yourself to our readers?

We are Accidental Queens, a French video game development studio. We seek to create games that feature new mechanics, exploring topics from everyday life and social questions, through innovative narrative tools.
We believe digital games can be entertaining while conveying social values and meaningful messages to a broad and diverse audience.