Headbangers in Holiday Hell from Ratalaika Games and Vikerlane is a twin-stick metal roguelite on PlayStation. It offers procedurally generated levels in which you take on all of the holiday spirit of the end of the year… because you’re having none of that! You didn’t buy an ugly sweater. You didn’t buy any gifs, and you most certainly didn’t receive any. And no, you didn’t put up a Christmas tree. As expected, Santa Claus is not thrilled about your lack of holiday joy, so he’s sending his craziest minions to quell your non-conformist antics. It’s a game that has clearly been inspired by the Super Nintendo Entertainment System classic Zombies Ate My Neighbors. 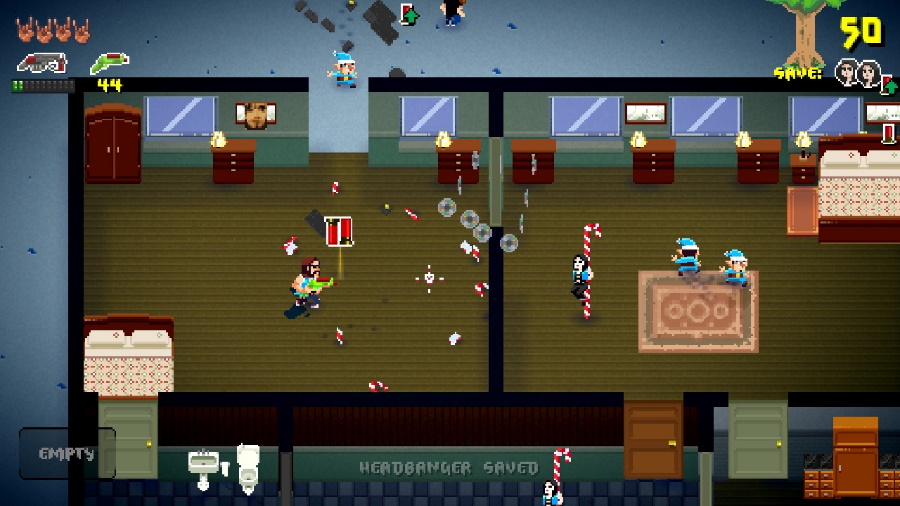 Since this is a twin-stick shooter, you’ll control your character with the left analog stick as you aim all around you with the right one. You can shoot with the R2 button and can dodge with the L2 button, which will make you temporarily invincible. The R1 button is used for melee attacks, which can help you defeat enemies that have managed to get too close. This will help you save some ammo. Stunned enemies can be defeated with a glory kill, which will boost the loot they leave behind. For each level, you’ll also have to focus on freeing the hostages so that you can then get to the exit point.


Pressing the Square button will allow you to interact with objects. This can be used to open up upgrade crates so that you can get new weapons or to interact with vending machines so that you can trade your hard-earned money to purchase ammo for your weapons. All weapons have limited ammo – yes, including your starting weapon – so you need to make every single bullet count! You can even collect explosives to set up some traps or use devices to distract enemies so that you can attack them when they least expect it. To do this, press the L1 button to use your inventory. Once you’ve filled up the Overdrive bar, you can activate it with the Triangle button to unleash a world of hurt upon your enemies with unlimited ammo! 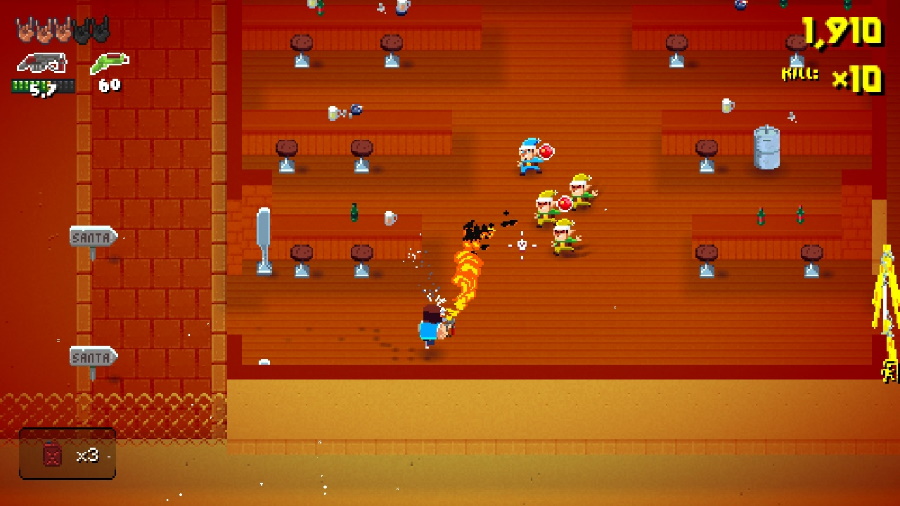 Since this one is a roguelike, that means you’ll have to work on progressing as far as possible during each of your many runs with the game. Once you’re defeated, you’ll be rewarded with a bunch of credits based on your performance. You can then use these in the upgrades section to boost the stats for each of your unlocked weapons. Boosting the damage and fire rate for your staring water pistol can make a big difference in the long run, but you should also consider upgrading the other weapons you can unlock since, in comparison, their initial stats will be considerably better. You can also upgrade your Overdrive weapons, as well as purchase boosts to your character’s max health and ammo. You’ll certainly want to increase the ammo drop rate, lower ammo cost, or increase the duration of your Overdrive… but do know that this costs a lot of credits!


Want to learn more about the trophies? Since this one is from Ratalaika Games, that means you can expect it to have a full trophy list with a Platinum trophy. On top of that, thanks to Headbangers in Holiday Hell being a Cross-But title, if you own a PlayStation 5, you can work on adding two Platinum trophies to your collection since each version has its own trophy list. The list is a short one since it only has 11 Gold trophies for you. The objectives to complete include unlocking a new weapon, upgrading a weapon, completing a stage without being hit, defeating an elf, defeating 25 enemies with the water pistol, defeating 50 enemies, defeating 25 enemies with the flamethrower, defeating an elf with a chain reaction, saving 25 hostages, defeating and elf that is watching TV, and blowing up five enemies. 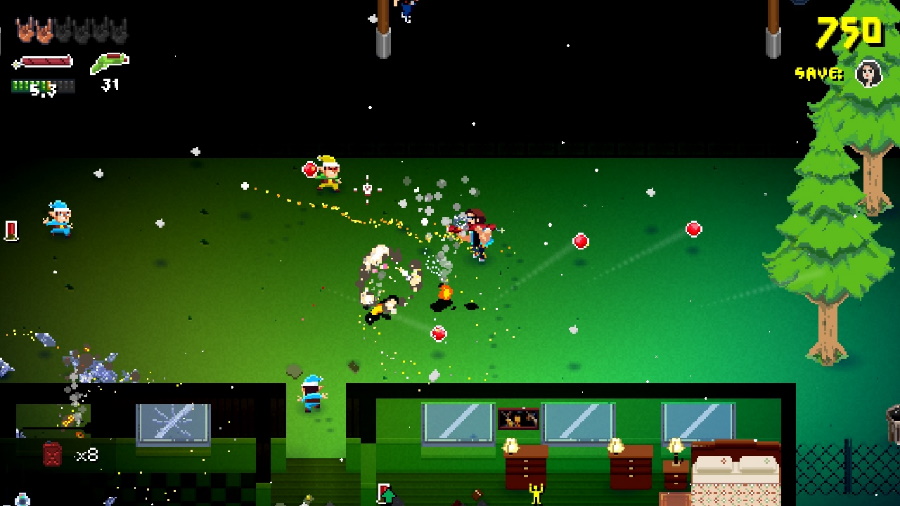 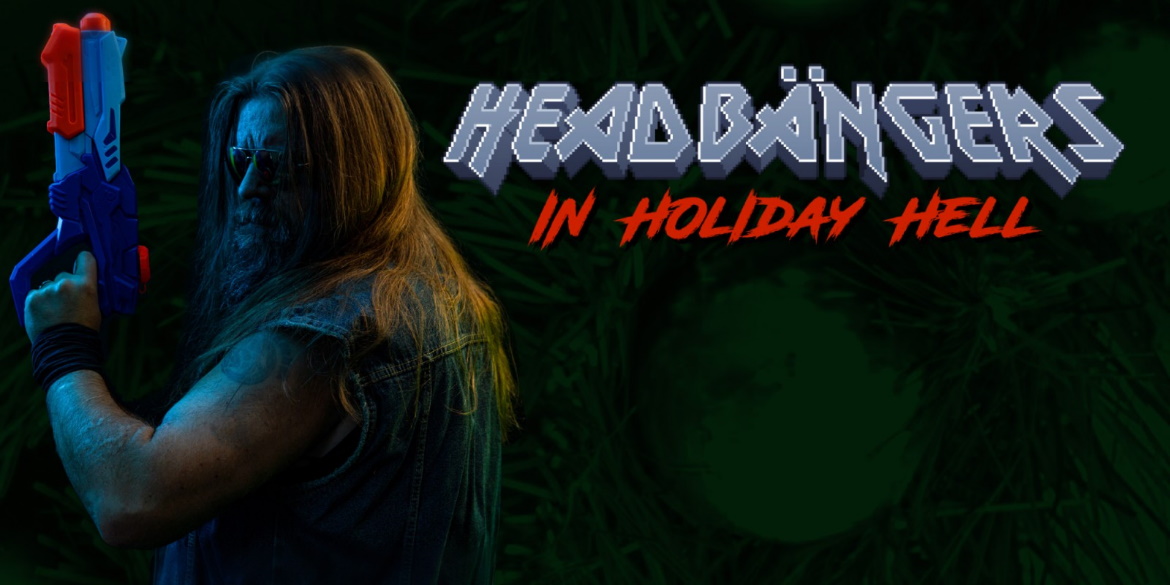 Disclaimer
This Headbangers in Holiday Hell review is based on a PlayStation 5 copy provided by Ratalaika Games.

DRAINUS On Its Way To Nintendo Switch

SteamWorld Build Coming To Consoles In 2023!