Ready for Burrow of the Fallen Bear: A Gay Furry Visual Novel from eastasiasoft and Male Doll on PlayStation? As the name suggests, this is a visual novel with some fan service, hence why it’s a Rated M for Mature experience. It’s of a furry nature, and it offers different romance options for you to follow, all wrapped in a medieval theme. With three potential companions of different types, there’s going to be something for everyone in this one. The game’s fan service content is not the same as the 18+ DLC version you can get for the game on Steam, but that’s to be expected for a console release. 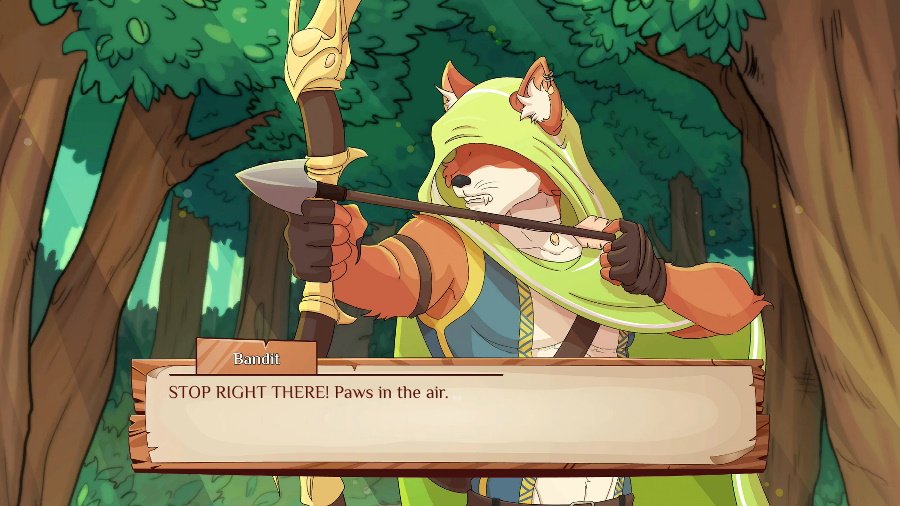 The publisher and indie dev duo previously gave us Bara visual novel Freezer Pops on Nintendo Switch – and later on PlayStation 4 and PlayStation 5 – so they certainly have some experience with the genre. If you’re not familiar with Bara visual novels – and if this game’s name hasn’t clued you in – it’s a genre that features same-sex love between male characters, making it the opposite of Yuri visual novels such as, say, Heart of the Woods from Sekai Games and Studio Elan on Nintendo’s console.


In Burrow of the Fallen Bear: A Gay Furry Visual Novel, the first choice to make is if you want to play the game with 2D Live animations for characters or with static images. After this, you’ll learn about the game’s premise. You’re a young Feline adventurer named Krile who will go on a special journey to the intriguing dungeon known as the titular Burrow of the Fallen Bear. This is no ordinary dungeon since, for a long time, it had a seal that prevented anyone from entering. 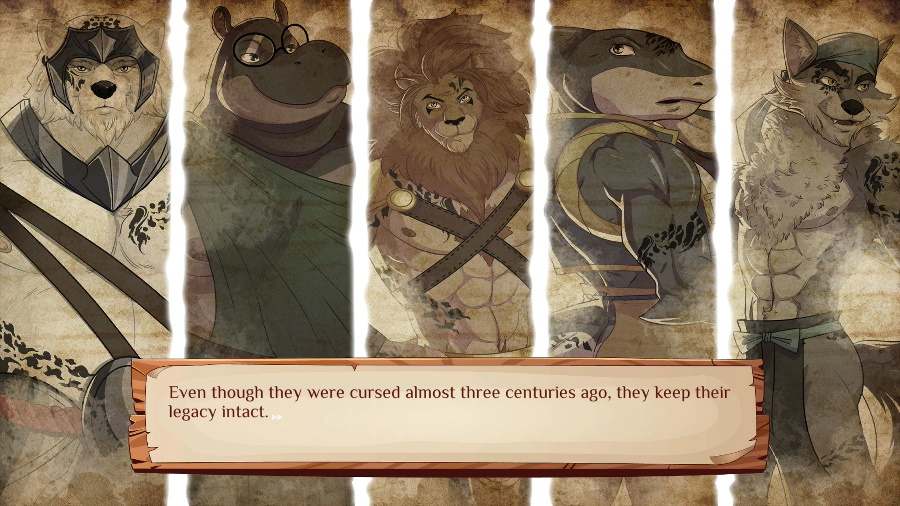 During your quest, you’ll be joined by Sylvester, the vigilante Fox that is a skilled archer and the leader of a marginal clan. There’s Grivoth, an Imp who is a high-rank researcher mage that has set out to save the Furry Heroes. You will also meet Ulfric, the Wolf mercenary who is also known as the mighty Silver Hunter. He’s been arrested countless times and is searching for treasures. And then we have Boris, a huge Bear who happens to be a kind doctor that wants to help adventurers in need.


As is usually the case for visual novels, you can visit the Extras menu to check some, well, extra sections with bonus content. These include a Gallery section to review the special CG images you’ll unlock as you progress through the game, a Characters section to take a look at all characters and the facial expressions that you’ve experienced during your time with Burrow of the Fallen Bear: A Gay Furry Visual Novel, check out the songs that make the game’s soundtrack and a Badges section. Badges act as an in-game achievement system that has a long list of objectives to complete when compared to the game’s trophy list. 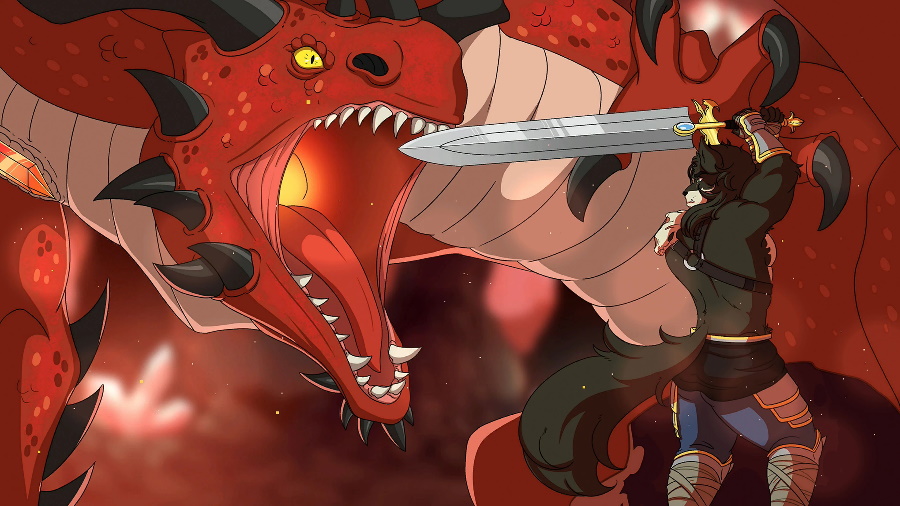 The game has a full trophy list with a Platinum trophy for your collection, and since it’s a Cross-Buy title, if you own a PlayStation 5 console, you can play both the PS4 and the PS5 versions of the game since each one has a separate trophy list. It features 8 Silver trophies and 9 Gold trophies, with one popping once your journey begins. As for the rest? They’re tied to the choices you make along the way and which one of the three potential suitors you consider, so multiple runs are definitely needed. 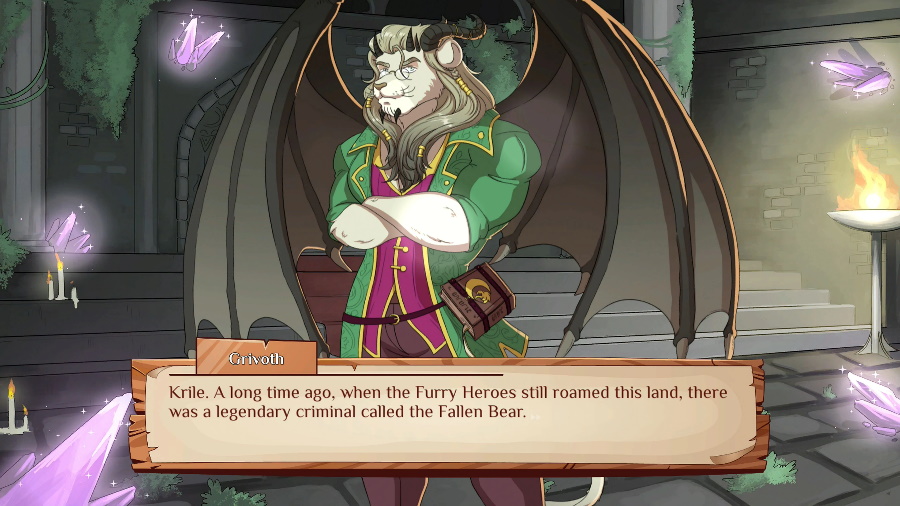 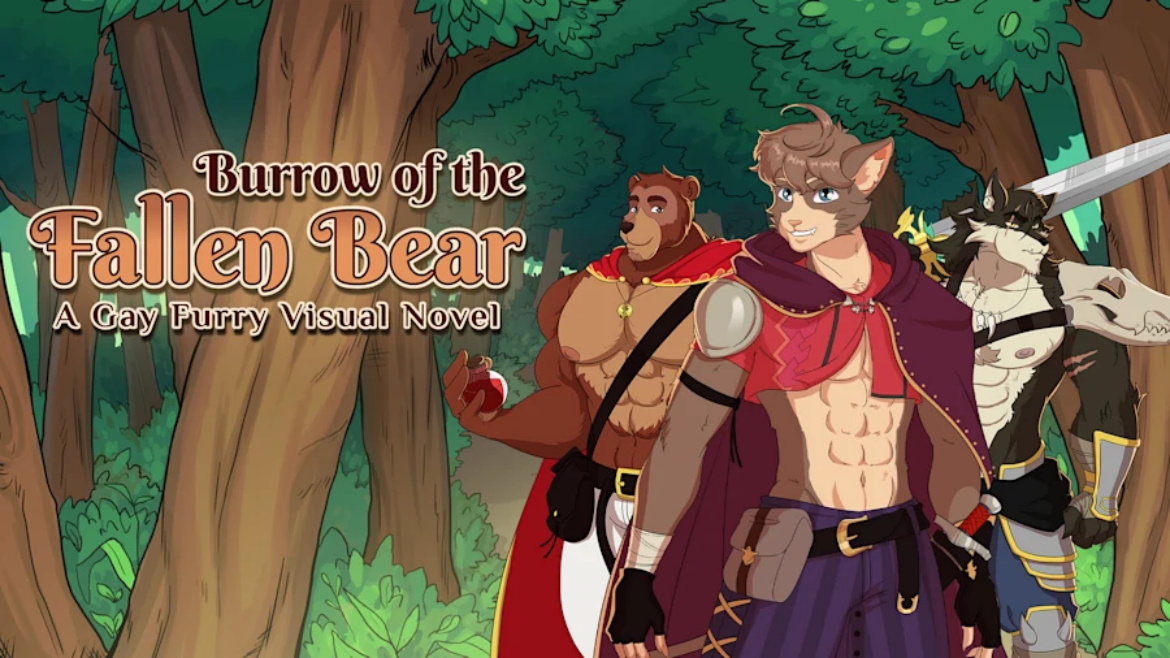 Burrow of the Fallen Bear Review

What will you find in the Burrow of the Fallen Bear?

Disclaimer
This Burrow of the Fallen Bear: A Gay Furry Visual Novel review is based on a PlayStation 5 copy provided by eastasiasoft.