Wings of Bluestar from eastasiasoft and Shinu Real Arts is a story-driven shoot ‘em up on PlayStation 5. In this one, you’ll be playing as trainee pilot Aya and veteran ace pilot Zarak who set out on a mission to investigate the resurgent threat from the remnants of a mysterious AI. The planet in danger is Accessia, also known as Bluestar. It all started back in 2020 when a group of scientists found a cave from around 100,000 BCE. Inside the cave was a peculiar contraption that contained an advanced AI.

What is the origin of this particular AI? The civilization from another planet stored all of their wisdom, intelligence, history, art, and advanced knowledge in AI machines that were launched into space in the hope of an intelligent life finding them. Unfortunately, when it landed in Accessia, civilization was still very primitive. This led that particular AI machine to put itself into a deep sleep. 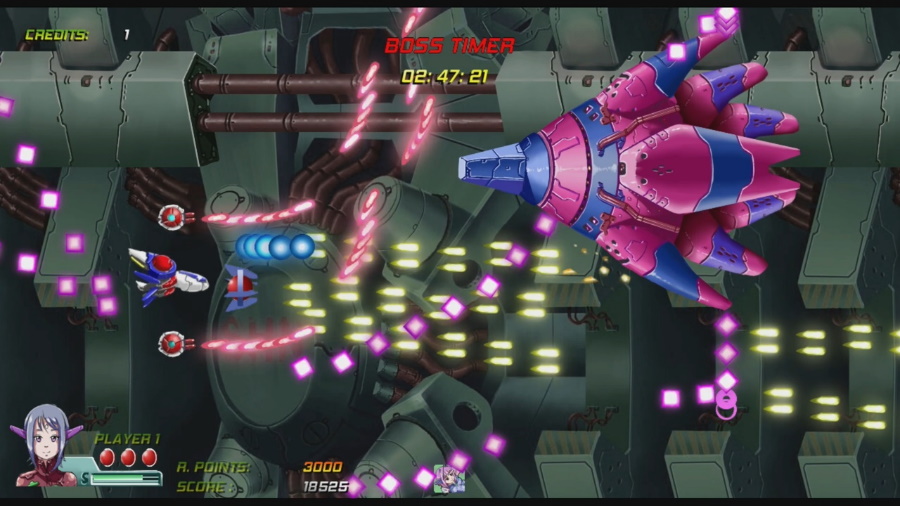 Thanks to the knowledge of this AI – named BRAIN by the scientists – humanity was able to greatly advance its technology, even managing to develop space travel. Powerful weapons were also created in case of an eventual external threat. The medical, robotic, and synthetic fields also saw great advances thanks to the knowledge from BRAIN. People were able to improve and upgrade their bodies by installing superior artificial parts. These boosted their intelligence, strength, looks, and more.


Seeking to continue to help humans improve, in the year 2080, BRAIN has a new plan for all: to help to convert every single human by leading society into transitioning from their organic bodies to full synthetic entities… including their brains. This proposal was rejected by the human government of Accessia, because the test subjects showed a lack of free will. BRAIN did not like this, and what started as a proposal turned into an order, and it ended up declaring war on all humans.

After a hand-drawn animated intro sets things up, you’ll be able to dive into the different options that Wings of Bluestar has to offer. The main one is Story Mode, where you can experience the game’s story as you work your way towards reaching the different endings. There’s also the option of playing through Arcade Mode in a single-player experience as you try to get the best high score possible. Two Players Mode is basically Arcade Mode but, well, for two players. In Training Mode, you can play through any stage you’ve already completed to improve your performance. The last one to consider is Bonus Mode, which allows you to check out the image gallery, as well as the extra features you can unlock – more on these in a bit. 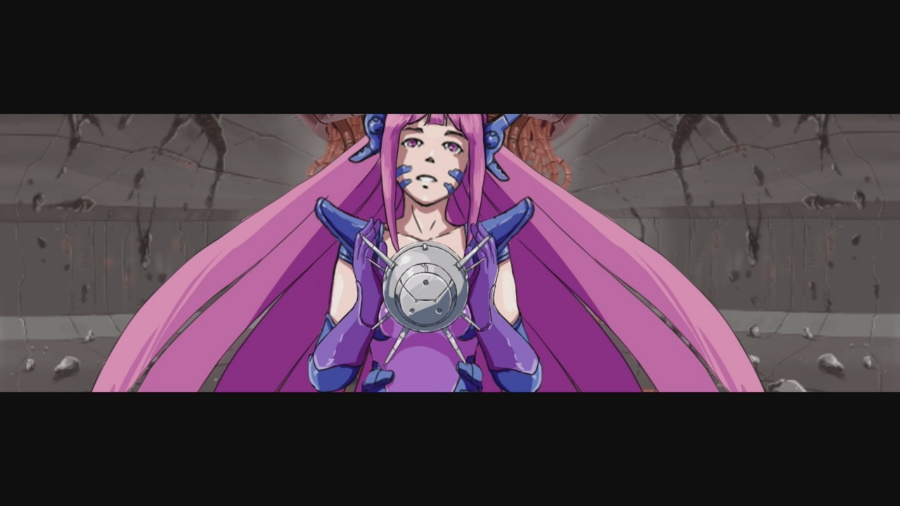 Zarak and Aya will each have their own ship to pilot, and each ship will have different stat values for you to consider. The stats are speed, attack, and defense. Zarak favors attack and speed, while Aya goes all-in on defense while having a slower ship and a balanced attack power. They also have different starting weapons and attack patterns, so you should definitely try both to see which one is best for your playing style.


To control your ship, you’ll use the left analog stick or the D-Pad to move around the screen. The ship will move at a faster pace if you’re not holding down the attack button. Speaking of which, you’ll attack with the X button and can autofire by holding down the Triangle button. If you have equipped turrets, you can rotate them with the L2 and R2 buttons. Depending on which ship you’re piloting, pressing the Circle button for the special will either send the shield flying forward or unleash a power beam you’ll first have to charge up. Along with the shoot ‘em up action, the game will also have some visual novel-style sections during which you’ll get to learn more about the characters.

Risk Stars will give you Risk Points, which act as the in-game currency. They’re dropped by enemies or are hidden near enemy bullets, hence their name. You can also collect colored gems to increase your overall score. There are also special puzzle pieces to find during each level. By collecting all six puzzle pieces for a level, you’ll be able to obtain a Risk Stars reward at the end of that stage to increase your current Risk Points total. 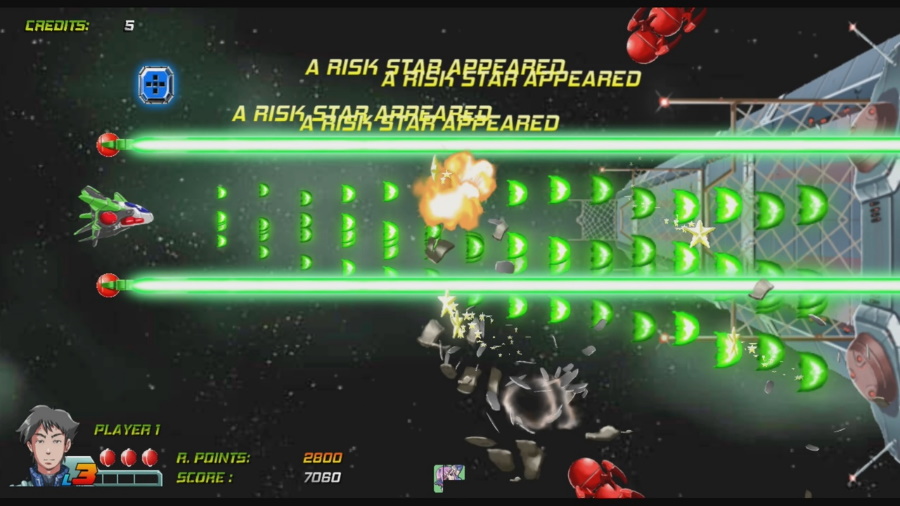 You can use Risk Points at the Risk Shop to buy extra credits for continuing when you lose all of your lives, to unlock the Awards menu, where you can review all of the awards you’ve unlocked by completing a variety of objectives. There are 90 awards in total, so there’s plenty to do in this one if you want to 100% the game! You can also unlock the Boss Rush Mode, where you can battle against all bosses one after the other as you race against the clock. There’s the Gallery Mode, where you can review original artwork, concept art, sketches, fan art, and more… as long as you also spend some Risk Points to unlock each image! The last one is the Sound Test Mode, where you can listen to the game’s soundtrack and sound effects.


Trophy-wise, since this one is from eastasiasoft, that means you can expect to find a full one with a Platinum trophy. On top of that, since this is a Cross-Buy title, if you own a PlayStation 5 console, you can download the PS4 and PS5 versions of the game and work on adding two Platinum trophies to your collection since each version of the game has its own trophy list. You’ll have to unlock 1 Silver trophy and 11 Gold trophies to be able to get this Platinum as you complete objectives such as defeating the first enemy on the first stage in the game, dying once, collecting your first hidden Risk Star, as well as collecting 5,000, 10,000, and 20,000 Risk Stars, collecting 5, 20, and 40 Patema – those would be the puzzle pieces that you can find in each stage – and completing the first three stages in the game in any difficulty level.

I did run into a handful of bugs during my time with the game. The first one happened while playing with Zarak. After losing all lives and accidentally selecting not to continue, I started a new Arcade Mode run with Zarak, only to have all the action presented with a stutter framerate that made everything run at half speed. While playing as Aya, after continuing once, she didn’t show up on the screen, even though the action continued to play as if she was there, forcing me to quit to the main menu. There were also a couple of levels where the music cut off for some unknown reason, and it remained that way until I reached the boss. 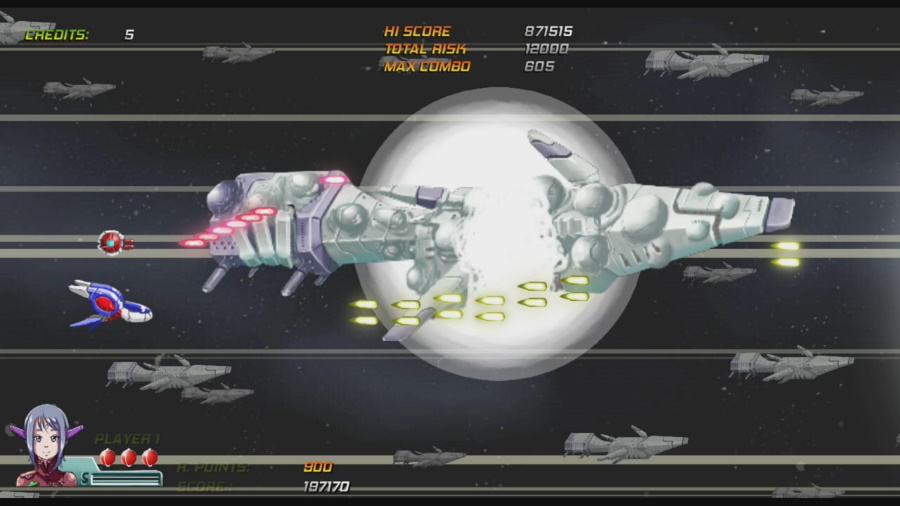 Wings of Bluestar is a fun narrative-driven shoot ‘em up that mixes some visual novel segments for its story while still giving us a proper “blast everything that moves” experience. You can play through its Story Mode or dive into Arcade Mode for a more classic experience. By collecting Risk Stars, you can gain Risk Points that can be used to unlock the extra Boss Rush Mode as well as the gallery, sound test, and award sections. There’s also an online leaderboard that is split between the different difficulty settings. Wings of the Bluestar is available as a Cross-Buy title, so your $14.99 purchase will give you access to both the PlayStation 4 and the PlayStation 5 versions of the game at no extra cost. 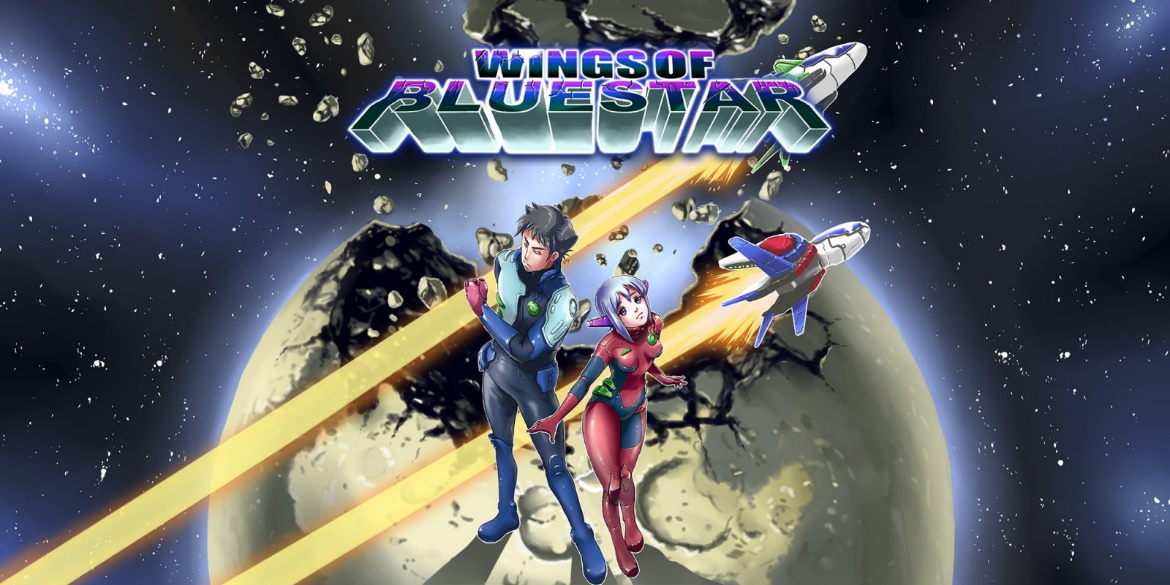 Disclaimer
This Wings of Bluestar review is based on a PlayStation 5 copy provided by eastasiasoft.