[PlayStation 5] A Space for the Unbound Review


A Space For The Unbound is a slice-of-life adventure game with beautiful pixel art set in the late 90s rural Indonesia that tells a story about overcoming anxiety, depression, and the relationship between a boy and a girl with supernatural powers.

Follow two high school sweethearts, Atma and Raya, on a journey of self-discovery at the end of their high school years. When a mysteriously supernatural power is suddenly unleashed threatening their existence, they must explore and investigate their town to uncover hidden secrets, face the end of the world, and perhaps learn more about each other.

A Space for the Unbound is a slice-of-life game set in rural Indonesia in the late 1990s and features one of the strongest narratives I’ve experienced in recent years. This one comes from Mojiken Studio, Toge Productions, and Chorus Worldwide. As the game begins, you are immediately taken to a hand-drawn cutscene where a princess and a cat are talking together. You’ll be introduced to the South Star Princess, who is weak and is about to leave this world for good. Soon after this introduction, you’ll get control of Atma, the main character of this adventure, and you’ll be given a red book with mysterious powers. 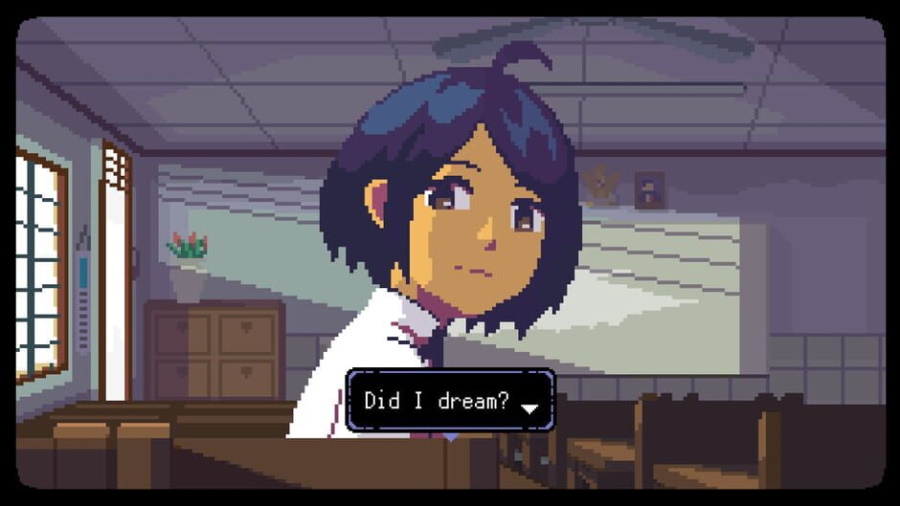 This game is a narrative-driven adventure where you’ll follow Atma, Raya, and their friends over a short period at the end of their high school years. The basic gameplay loop will mostly involve Atma doing fetch quests by finding hidden items throughout the town in which this game takes place. In a fashion similar-ish to Link’s Awakening, often you’ll have to exchange items with other residents and eventually reach your goal.


The red book I mentioned earlier also has a huge role because it allows Atma to Spacedive into residents’ minds, and resolving their various worries is a huge part of what Atma will do in his adventure. I liked how Spacediving will put you in front of a situation that often needs to be fixed by going back into the real world and bringing an item found outside. Resolving their worries will have an effect on their personalities in the real world also, which will allow them to progress.

There are also some puzzles that will need to be solved in order to resolve residents’ worries, and I liked how easy they began and how their difficulty ramped up. I’m not typically a huge fan of puzzle games when it is the main focus, but the ones here are so well done that they were fun to solve. Towards the end of the game, the last few puzzles were quite intimidating, but I did manage to solve them myself without a guide or help within 15 minutes each, so they are certainly all doable. Do try to solve them yourself since the sense of accomplishment you’ll get is definitely worth it! 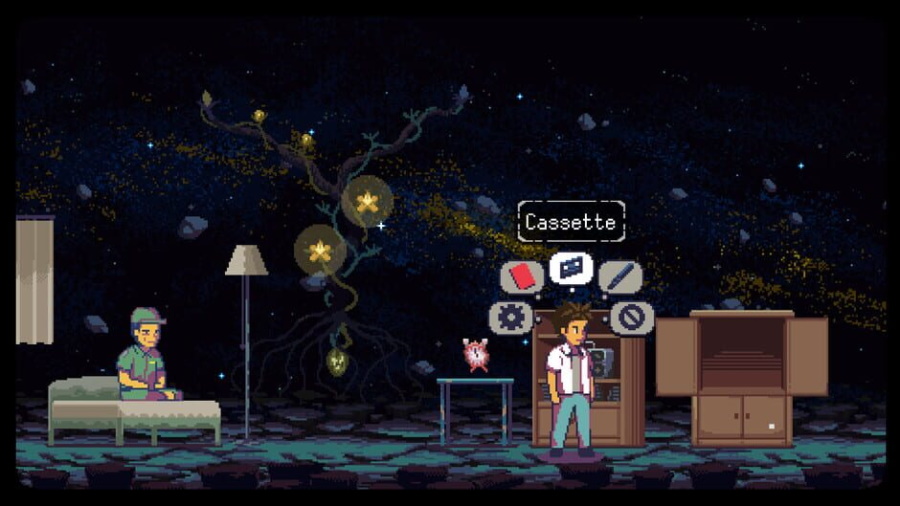 A Space for the Unbound has a slow start. So slow, in fact, that at first, I had a hard time getting into the adventure for the first hour. That was until I reached the second hour of the game, where the story suddenly picked up, and I was properly wowed. Without spoiling anything, the last few hours of this game are incredible. This is one of these rare games where the story was so well written that it actually surprised me, and I sincerely hope you’ll live it yourself by going in blindly without even checking how long the game is or how many chapters to keep the experience genuinely fresh.


I do have to mention some elements that could have been improved in the experience, although generally, it is very good. There’s no built-in help system that can aid you when you’re looking for a specific item, so sometimes it proves to be a bit of a chore to find it, backtracking all the way back to where it’s needed. I also mentioned how the game as a whole is slow to begin even though it is actually building its world. It is also a text-heavy adventure, so do keep that in mind. On the technical side, I played the PlayStation 5 version, and I noticed that sometimes the text would slow down, which was odd to see since the console is more than capable of handling more intense games. There are also some short loading times between each zone, and Sony’s console has gotten us used to have close to no loading when playing, so hopefully this is something that can be patched. 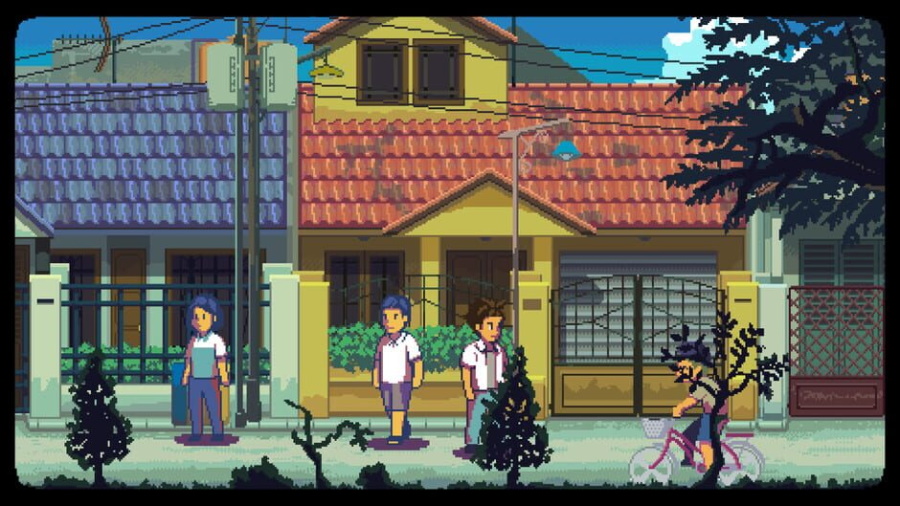 On the presentation side, the art style is very colorful and pretty. Some of you might think that this art style is not that appealing, but the more I played, the more I loved how much personality it had. The soundtrack is also great and can be listened to on Mojiken Studio’s Youtube channel, so be sure to give it a try!

As for the trophies, this game offers a full list with a Platinum trophy. The list includes 7 Bronze trophies, 12 Silver trophies, and 6 Gold trophies. Half of them will unlock naturally for progressing through the main story, and the other half is highly missable and depend on how well each zone is researched before moving on to the next main event. I still recommend you play this game without any guide at least once, which might lead you to miss out on a few of the collectibles, but this is a game that you’ll enjoy a lot more if you don’t know what’s coming next. 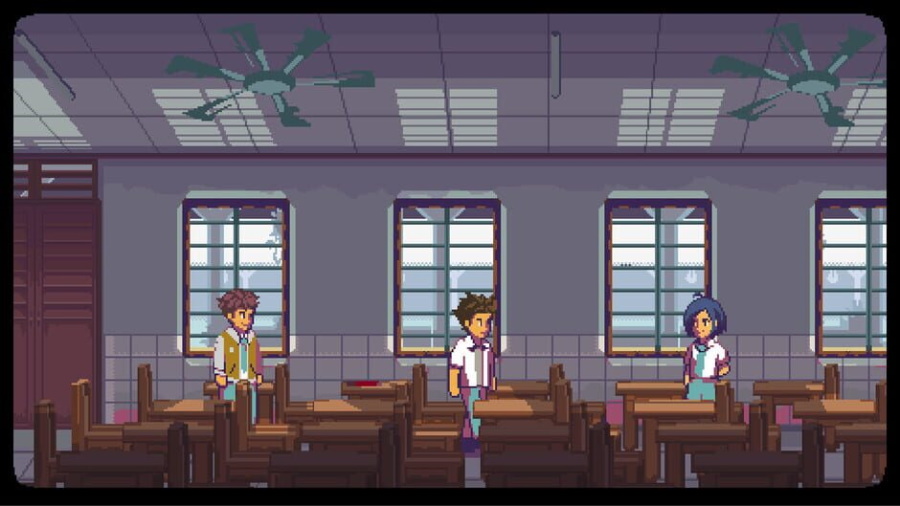 As you can probably understand from my review, I loved A Space for the Unbound, and I definitively recommend it to every gamer looking for an amazing story and great puzzle mechanics. We’re still very early in 2023, but I can already confirm that this game will be one of my GOTY candidates. A Space for the Unbound is out on PlayStation 5 with a $19.99 asking price. A Space for the Unbound Review

Game title : A Space for the Unbound

Amazing narrative-driven game with an excellent story to tell

Disclaimer
This A Space for the Unbound review is based on a PlayStation 5 copy provided by Chorus Worldwide.

The Excavation of Hob’s Barrow Lands Next Week