2D classic action platformer Tinhead from QUByte Interactive is getting a new shot on PlayStation 4. Learn more in our Tinhead review!


2D classic action platformer Tinhead from QUByte Interactive is getting a new shot on PlayStation 4. The game was initially released on the Sega Genesis/Mega Drive way back in 1993. There was also a Super Nintendo Entertainment System port that was scheduled for release in 1994, but it was eventually canceled. Thanks to this new collection on PlayStation 4, we’re getting both versions to take for a spin on Sony’s console. 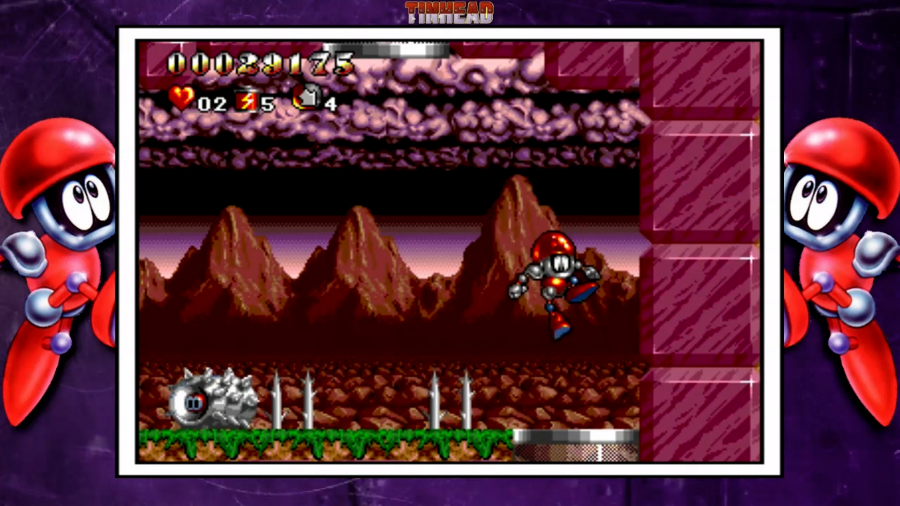 This one was definitely made for the 1990s, from its look to its soundtrack and sound effects to its gameplay mechanics. You’ll be taking control of the titular character, Tinhead, Defender of the Edge of the Galaxy, as he embarks on a journey to save the stars from the very evil Grim Squidge. The game has 24 challenging 2D levels split into four tin-tillating worlds for which you’ll need to make the most of the different power-ups you can collect to destroy all of the enemies on your path. 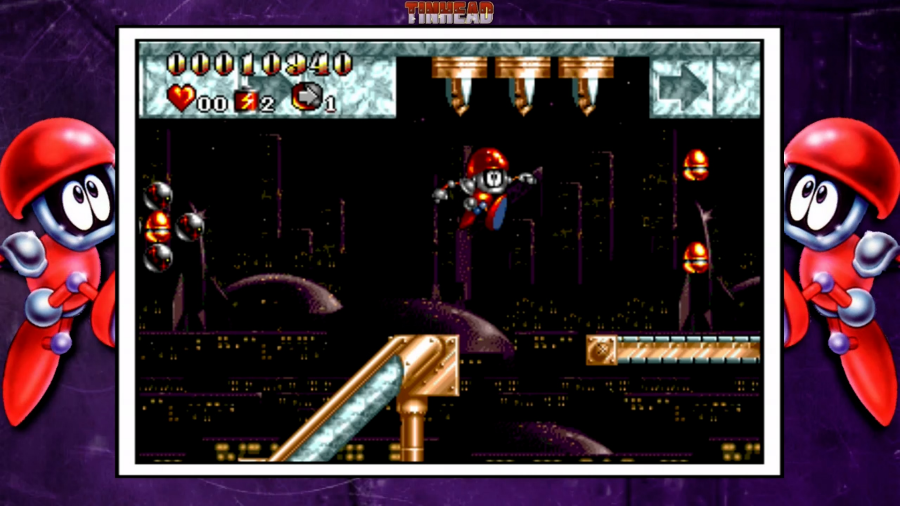 The controls for this one are simple since you’ll make Tinhead run around each area with the left analog stick or the D-Pad, jumping with the Square button, attacking with the Circle button, and changing Tinhead’s shooting angle by pressing the X button. You can also go into the options menu for the game by pressing the L2 and R2 buttons at the same time to remap the controls as needed. This is also how you can make good use of the game’s save state feature so that you can save your progress at any time and reload if you make any mistakes. 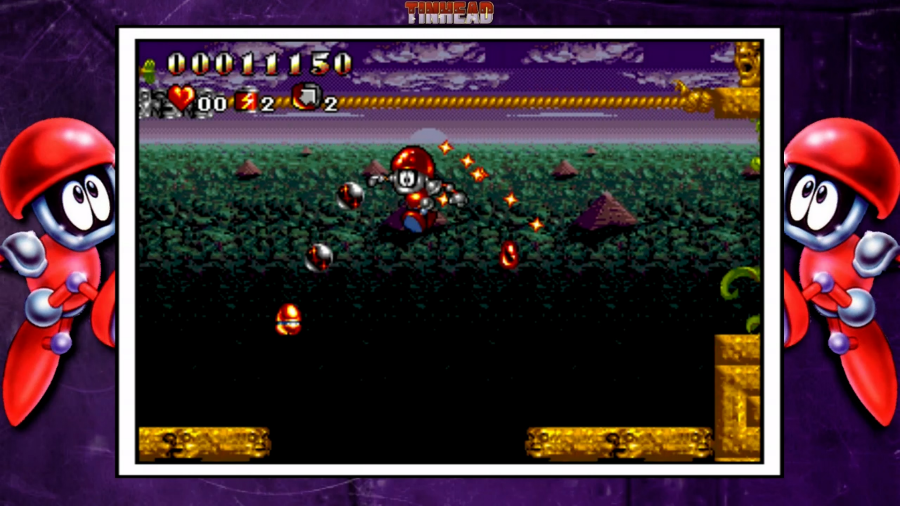 This collection features a full trophy list with a Platinum trophy, with 3 Bronze trophies, 7 Silver trophies, and 8 Gold trophies for you to work on. As long as you play the game from start to finish, you’ll have a new Platinum trophy in your collection at the end of the road. That is if you also manage to get 100,000, 300,000, and 500,000 points, collect one star, use the different power-ups on offer, as well as the vehicles in the game – the Hyper-Hooper, the Rocket Pack, the Gyrocopter, and the Unicycle. And if you want to have an easier time, you can enter a pair of passwords before starting so that you can get infinite lives and get to shoot five balls at the same time right from the start – FLIMBO and CAMELS. 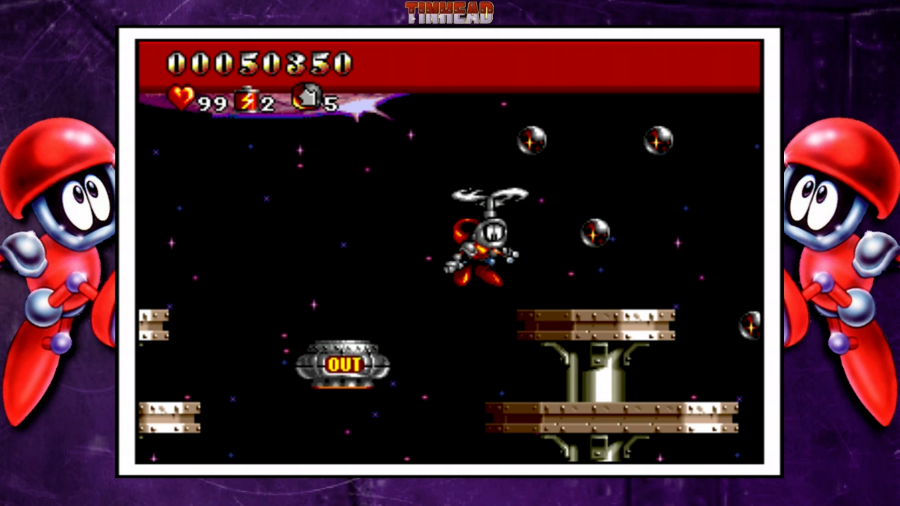 Tinhead is a classic 2D action platformer from the 1990s that is now getting a second shot on PlayStation 4. For this collection, we’re getting not only the original Sega Genesis/Mega Drive game that was originally released back in 1993, as well as the canceled port for the Super Nintendo Entertainment System that was originally planned for a 1994 launch. Tinhead is out on PlayStation 4 with a budget price of only $4.99. 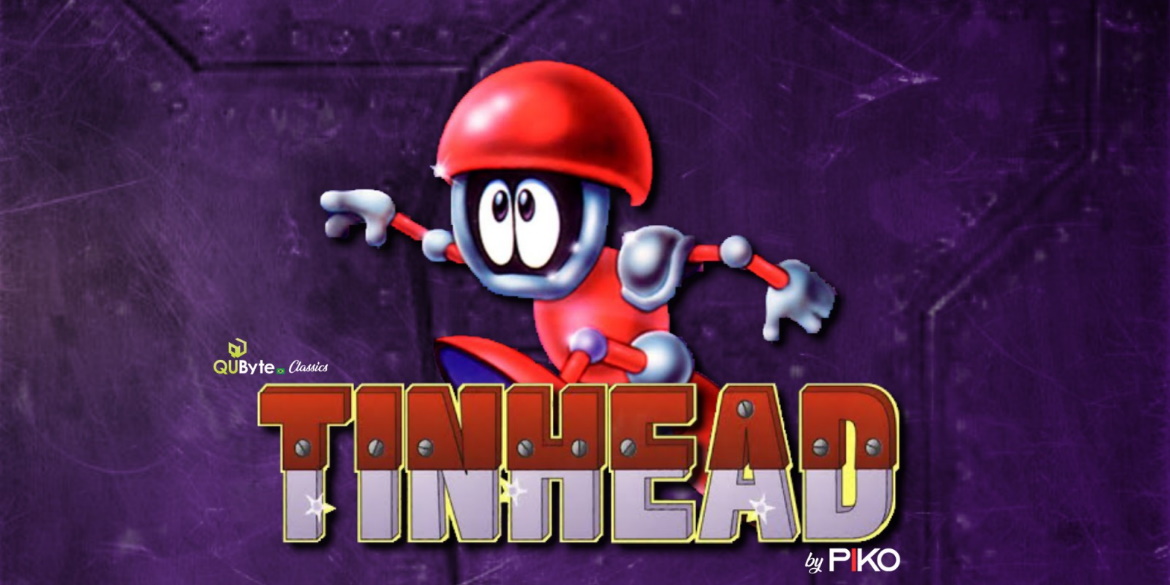 2D classic action platformer getting a new chance on PS4

Disclaimer
This Tinhead review is based on a PlayStation 4 copy provided by QUByte Interactive.