Folk horror point and click adventure game The Excavation of Hob’s Barrow from Wadjet Eye Games and Cloak and Dagger Games is ready for you on Nintendo Switch. It’s a Rated M for Mature journey, which means it’s not going to be for everyone. The game is fully voice-acted, which certainly helps to enhance the overall experience. You’ll be playing as antiquarian Thomasina Bateman, who is currently working on drafting a book about the barrows of England, documenting the treasures that she finds buried within. Where will her next adventure take her? 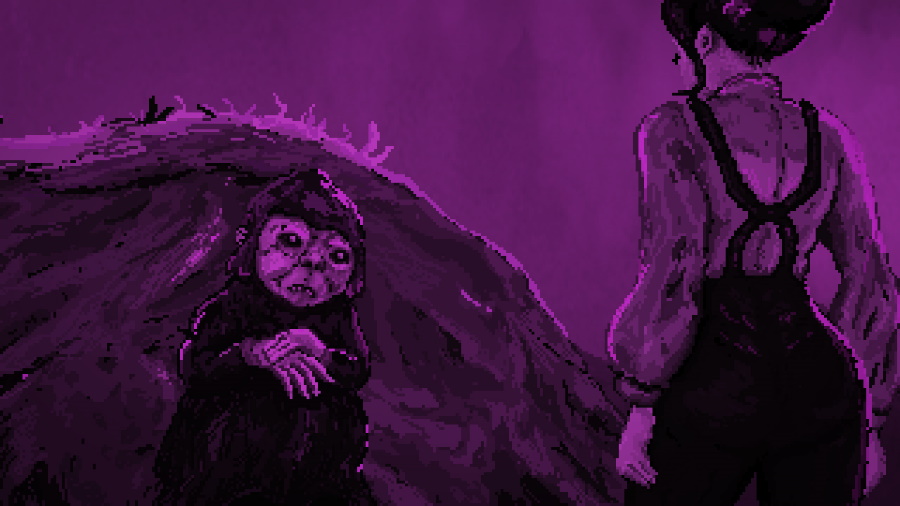 Well, after receiving an intriguing letter from one Mister Leonard Shoulder. Its contents have drawn her to visit the isolated village of Bewlay, deep in the moors. He mentions a special barrow on the outskirts of town that is rectangular in form and tall enough for someone to stand up in. Since Mister Shoulder has offered to serve as your guide so that you can excavate the barrow, you figure that a trip to Bewlay could end up being a good idea.


Unfortunately, after arriving at Bewlay, Mister Shoulder is nowhere to be found. You’ll have to travel for more than a mile to reach The Plough and Furrow Inn. Upon your arrival, you’ll be greeted by a drunk individual who has certainly already had one too many. With such harsh weather, you don’t have much time to talk to him, but you do need to evaluate what your actions will be since the rest of the locals will surely hear about it. Talking to him might speed things up in the end. Or you might want to just slap him silly and get it over with. Never forget that actions have consequences! 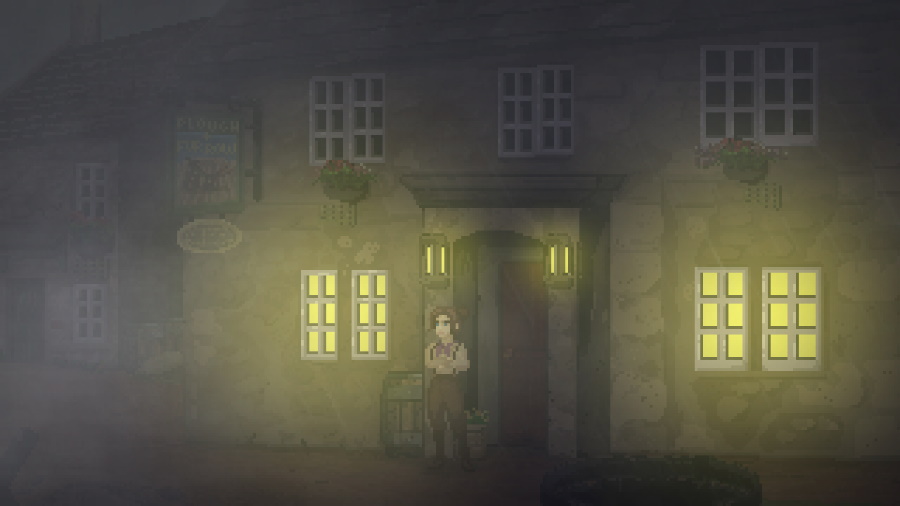 Since The Excavation of Hob’s Barrow is a point and click adventure game, you’ll be moving a cursor around the screen as you interact with characters or points of interest by pressing the A button. If you feel that the cursor is moving too fast, you can always adjust its speed from the settings menu. You can also highlight all interactable hotspots by pressing the Y button so that you don’t go on a pixel-hunting journey. By using the Joy-Con’s D-Pad, you can also cycle between all of the available hotspots on the screen to speed things up.


Any useful items that you find will be added to your inventory, which you can open by pressing the X button. You can also open it up by moving the cursor to the upper part of the screen. Once in there, you can select an item with the A button to use it with something else. If you press the B button instead, you’ll be able to check out the item you’ve highlighted. When a map is available, you can take a look at it with the – button. You can also play The Excavation of Hob’s Barrow by using the console’s touchscreen if playing in Portable or Tabletop Mode or if enjoying the game on a Nintendo Switch Lite. 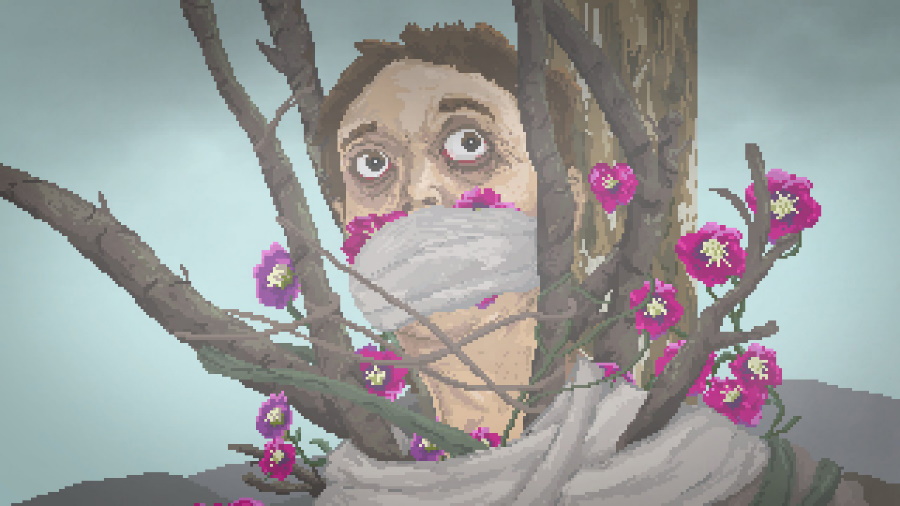 The game does a great job of letting you know what does what and how you can interact with other objects and characters by way of its short tutorial segment. Since Mister Shoulder didn’t show up, you need to find where you need to go. The game kindly suggests that you open up your inventory with the X button or by moving the cursor to the top of the screen so that you can review the letter that Mister Shoulder sent you to invite you down to Bewlay. After that, your next destination will be just a few clicks away.


As to not spoil things, I’ll mention one of the puzzles in the game to give you an idea of what to expect. Your assistant Kenneth didn’t show up and only managed to ship a large box with all of your excavation tools, as well as an envelope. Since Kenneth was supposed to bring you some money to cover your expenses during your time in Bewlay, you hope that the envelope has the money. When you arrive at the train station, you learn that the large box and the envelope have already been taken by the postman. 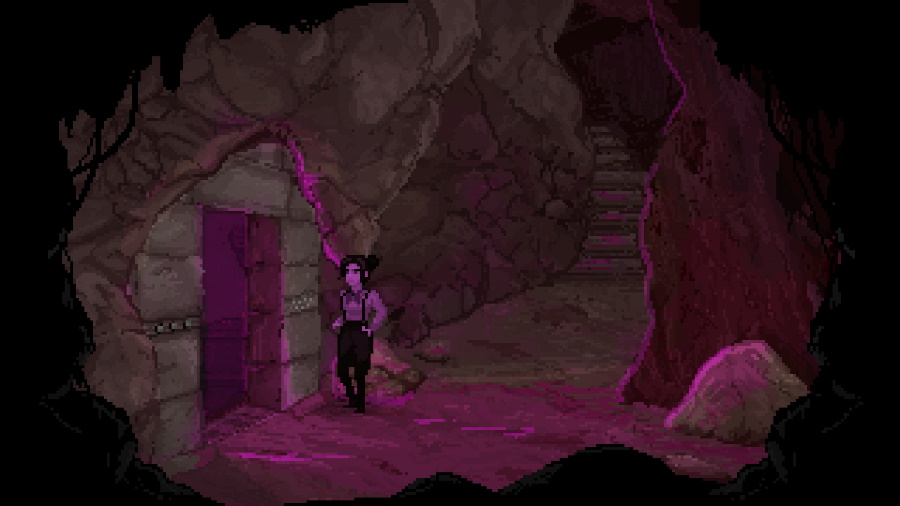 The Excavation of Hob’s Barrow is a fun folk horror point and click adventure game on Nintendo Switch. As you help Thomasina Bateman, you’ll get to learn more about Bewlay, its inhabitants, and the enigmatic titular Hob’s barrow. And once you’ve completed the game once, I suggest that you give it another go after activating the Developer Commentary Mode, which is presented as an audio track that will play at specific times. The Excavation of Hob’s Barrow is out on Nintendo Switch with a $14.99 asking price. 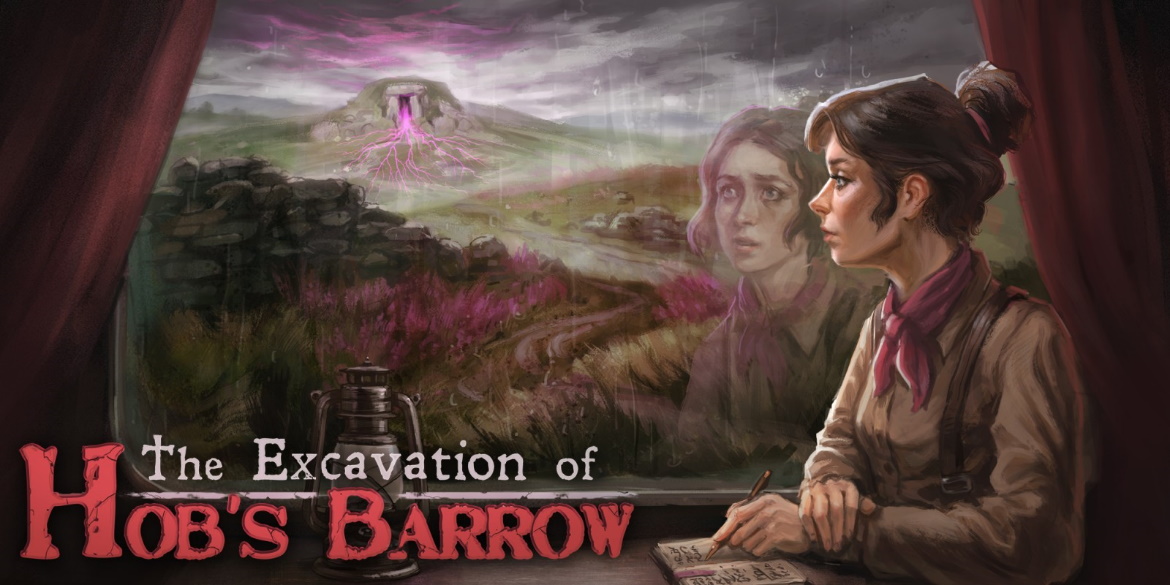 The Excavation of Hob's Barrow Review

What will you find in Hob's barrow?

Disclaimer
This The Excavation of Hob’s Barrow review is based on a Nintendo Switch copy provided by Wadjet Eye Games.

Empire of the Ants On Its Way To PS