Onion Assault is the latest 2D action game from indie Bertil Hörberg on Nintendo Switch. After giving us action-packed 2D platforming bosh rush game Mechstermination Force and hand-drawn old-school style beat ‘em up Super Punch Patrol, we’re now getting a game inspired by 8-bit platforming classics with a 3D look. The game has 16 levels to offer, and you’ll definitely get a Super Mario Bros. 2 vibe when playing this one – a.k.a. Super Mario Bros. USA. 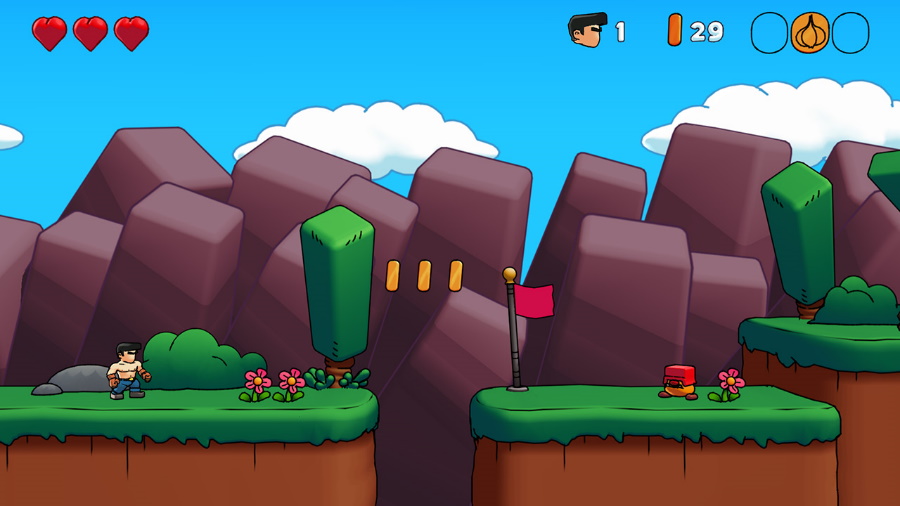 Once you boot up the game, you’ll be able to select between playing as Pelle Lök or Mama Lök. With the Croquetto Army and it’s colorful but evil contraptions wreaking havoc as they aim to conquer Onionia, it’s up to the Lök family to stop the fascists before it’s too late. To do this, they’ll have to run through each area while making the most of the many onions in each location to attack the members of the Croquetto Army to once again bring peace to the land.


You’ll control your character with the left analog stick or the D-Pad, jumping with the B button and the Y button to pull up onions – marked by the colorful flowers on the ground – so that you can throw them by pressing the Y button a second time. You can also jump on top of enemies to grab them as you do for onions and use them as weapons. If you find a heavy object, you will need to repeatedly press the Y button. Press and hold down the Y button, and your character will be able to run, which will make it possible to clear longer gaps. 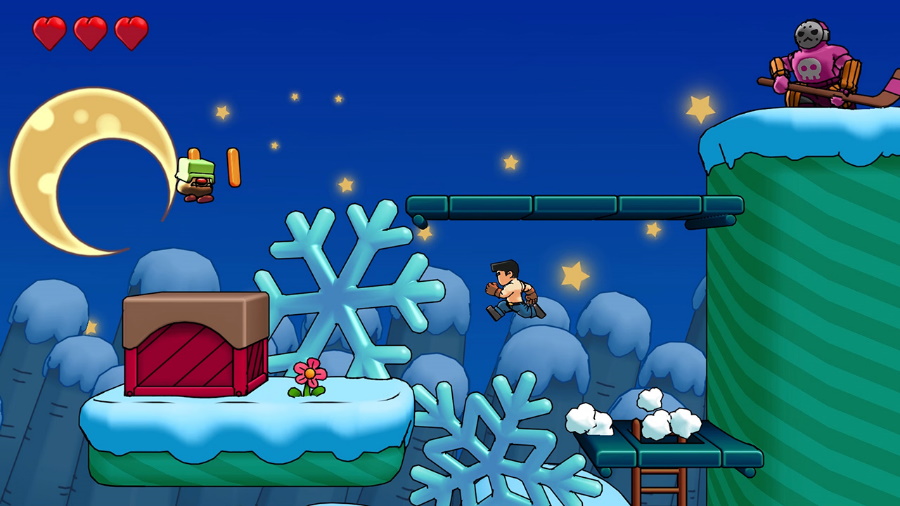 For every stage that you explore, you’ll be able to collect coins that will reward you with an extra life when you manage to grab 50 coins. If you’re damaged and lose a heart, you can search for a giant red heart to heal your wounds. If you’re lucky, you can find a special item that will grant you two extra temporary hearts that can make a big difference when you’re taking on some of the trickier platforming segments that have more enemies, more hazards, and more pitfalls, as well as during boss fights.


There are also three large coins – similar to those you’d find in, say, Super Mario World – that serve as the game’s collectibles. If you want to 100% the game, then you’ll need to search high and low to find all of them. One might be just floating up in the air, while another could pop when you think you’re about to get an onion. Who knows, you might need to use a barrel to defeat a group of enemies in one throw to get another special coin! 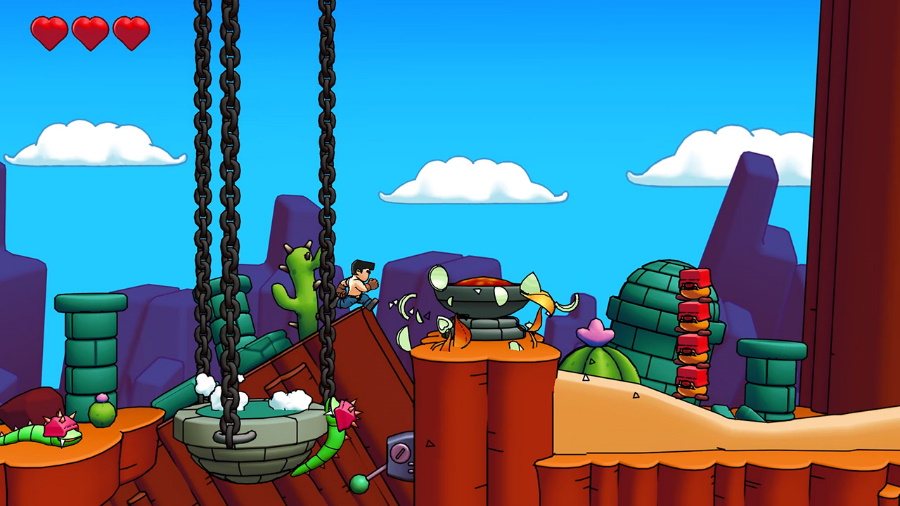 As for the boss fights, since the 16 levels that the game has to offer are split into four different worlds, that means you’ll get some mini-boss battles here and there, as well as four full-fledged boss battles. Without spoiling things too much, I will mention that each of the four boss battles will be very different from the others, which will help to make them feel fresh. 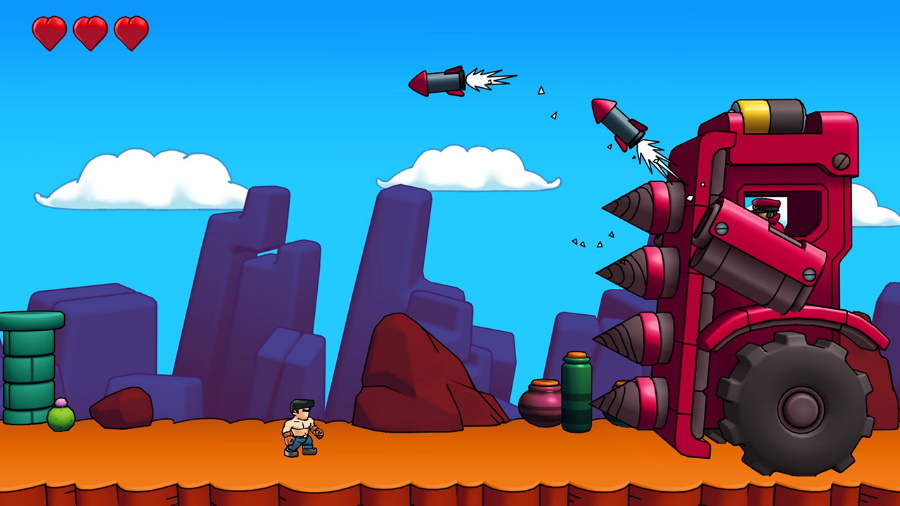 Onion Assault is a fun bite-sized 2D platformer that pays homage to the classics of the 8-bit era, in particular to Super Mario Bros. 2 – also know as Super Mario Bros. USA in Japan. It has 16 levels to offer, during which you’ll be making the most of the onions, enemies and bombs on your path to defeat the evil Croquetto Army. It’s a game that you can complete in a couple of hours or so depending on your experience with 2D platformers, with some extra time needed on top of that to find all of the special coins in each level. Onion Assault is launching on Nintendo Switch on January 26 with a $7.99 asking price. 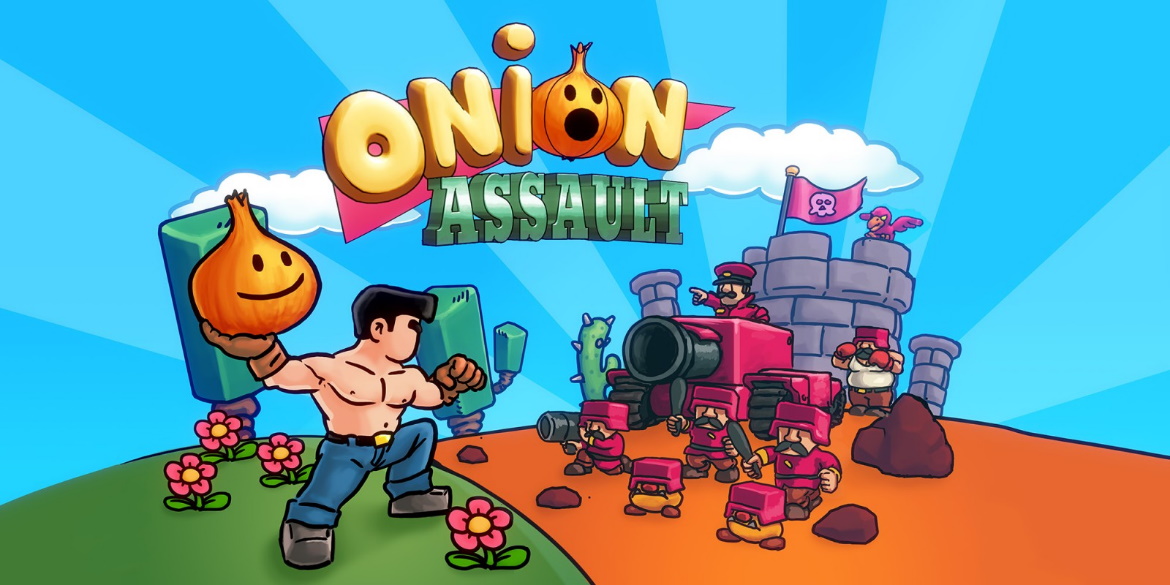 Disclaimer
This Onion Assault review is based on a Nintendo Switch copy provided by Bertil Hörberg.