Retro-inspired arcade-style shoot ‘em up GyroBlade from Tendokore and H.T. Project Games is ready to go on Nintendo Switch. Check our GyroBlade review!


Retro-inspired arcade-style shoot ‘em up GyroBlade from Tendokore and H.T. Project Games is ready to go on Nintendo Switch. It pays homage to games such as 1942, offering a simple and to the point shoot ‘em up experience as you battle through the sea, forests, and jungles. The game can be played in one of four difficulty settings: Easy, Normal, Hard, and Classic. You’ll need to be careful because this one is of the “one shot and you’re dead” type of shoot ‘em up. 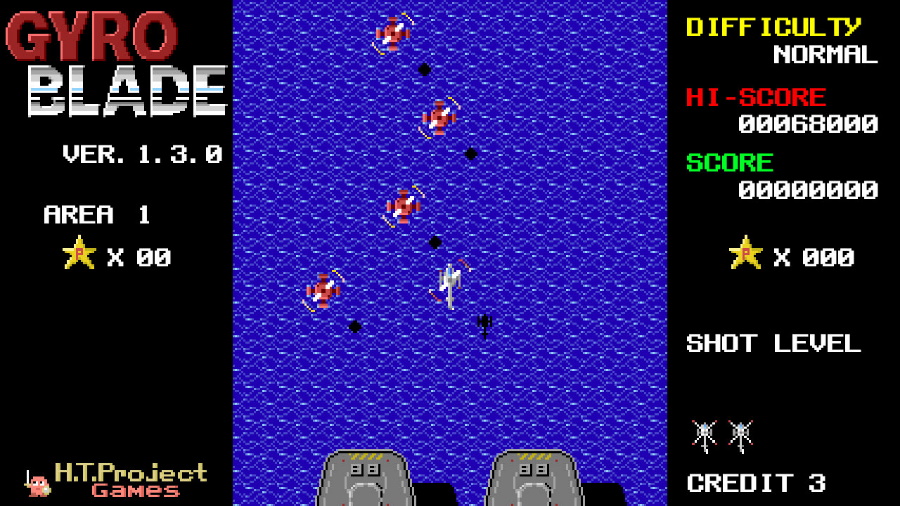 You will control your helicopter with the left analog stick or the D-Pad, shooting with the A button. As you defeat enemies, you will gain a boost to your overall score. Some of them will drop stars, which you can collect for a bonus at the end of the level. Do know that if you lose all your lives and continue, your star count will be reset. By destroying the special larger enemies, you’ll be able to collect power-ups that will boost your shot level. If you’re defeated, then you’ll respawn with a new helicopter that will only have the default shot level available, so you’ll have to collect them again. If you look closely, you’ll notice that the power-up will change colors before you grab it. This will establish what shot type you’ll get and how it will affect your vehicle’s attacks. 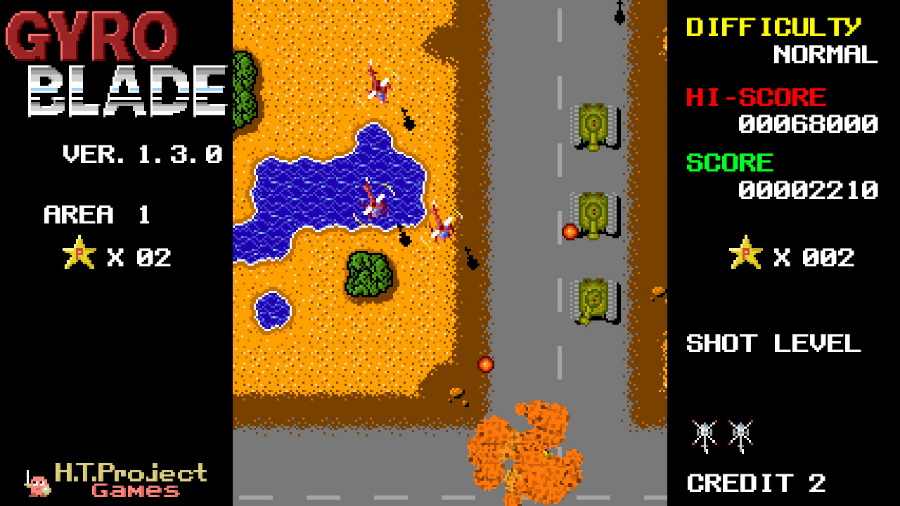 As you progress through each level, you’ll be battling against tanks of different shapes and sizes, stationary turrets, anti-air missile-launching turrets, military boats, battle cruisers, as well as a variety of enemy helicopters that will have different hit points, as well as movement and attack patterns to consider. They won’t be much trouble once you’ve managed to collect at least one power-up to boost your shot level, but they can take several shots if all you have is your standard attack. 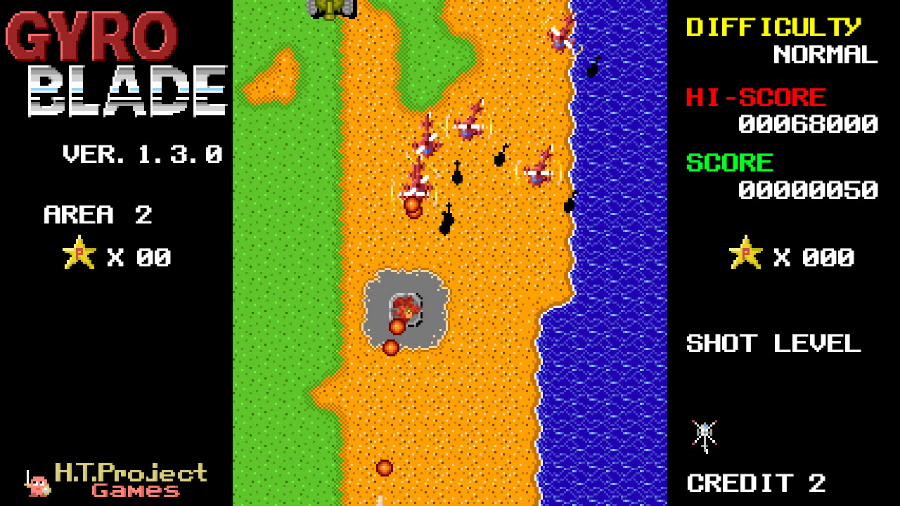 At the end of each area, you will battle against a huge boss. You’ll need to pay attention to its movement and attack patterns so that you can find the right time to attack it as you avoid its attacks. Since enemy bullets are rather chunky, you won’t have much room to maneuver, so you’ll need to always be on high alert. Once a boss is defeated, it will leave behind some extra stars, so don’t forget to collect them! 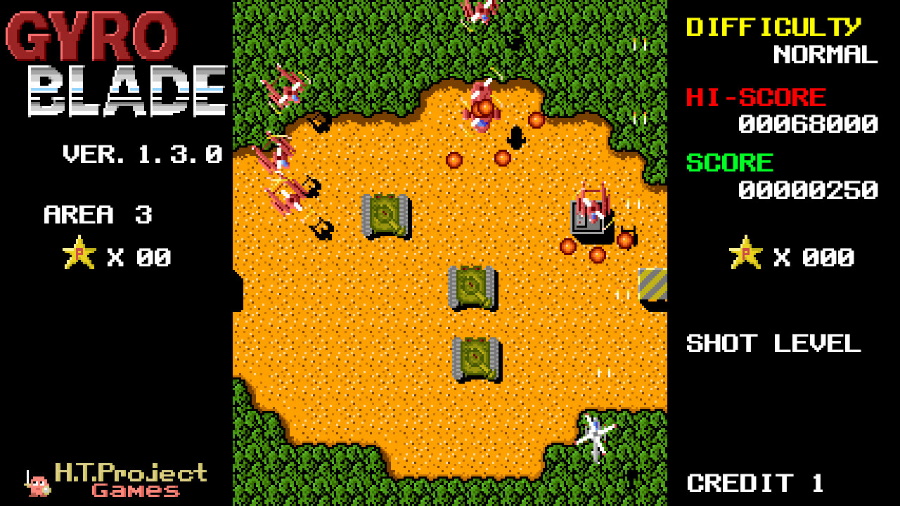 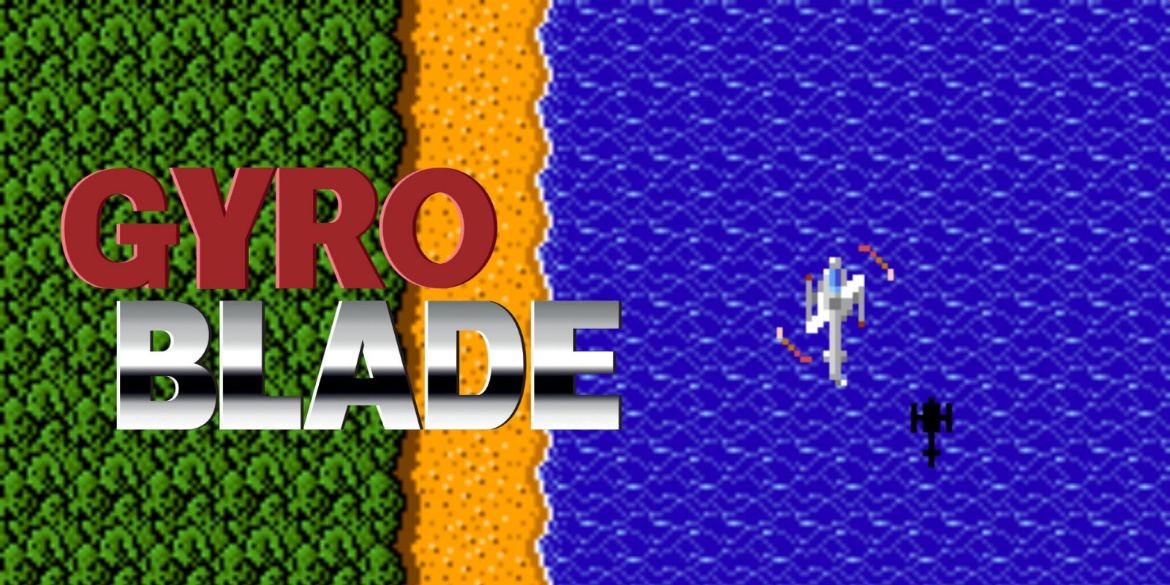 Disclaimer
This GynoBlade review is based on a Nintendo Switch copy provided by Tendokore.

Chasing Static Out Next Week

Vengeful Guardian: Moonrider Out Next Week