Who doesn’t love Ghostbusters? Personally, I have loved all the movies and all the games released as a kid. Some titles throughout my adult life have been questionable, others have been rubbish, and very few felt quite good. Ghostbusters: Spirits Unleashed from IllFonic falls closer to the good side. The game, in general, is really good and addictive for a short while until you have unlocked all of the locations, which are only five. Since you can work your way through each location in around 10-15 minutes or so, you’re looking at over an hour to see all content – that is, once unlocked. The game takes place after the events of the Ghostbusters: Afterlife movie, and it features two of the original cast members: Ernie Hudson as Winston Zeddemore and Dan Aykroyd as Raymond “Ray” Stantz! 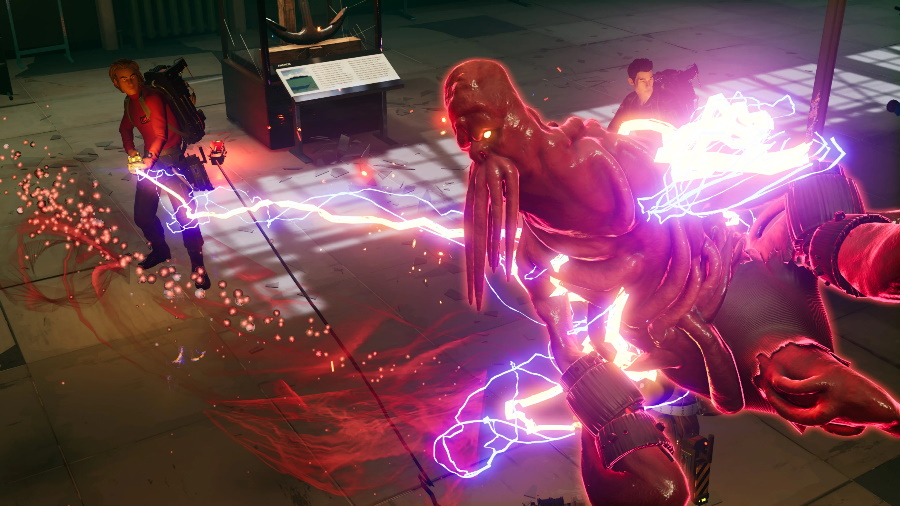 Ghostbusters: Spirits Unleashed does have a story. My issue with it is that it’s a bit on the slow side, having you take on repeat locations over and over until the game is ready to progress with the story. You basically could be busting ghosts 20 times before the story progresses. While this happens, you can also work on contracts and complete some side hustles along the way. Contracts and side hustles can be selected at the appropriate locations in the firehose, one upstairs in Eddy’s room and one near the job desk. Make sure you properly select what you want to achieve with the X button and then go to the jobs desk, select a location and bust away for ten minutes and rinse and repeat until goals are achieved. Be prepared for a real grind-fest!


Ghostbusters: spirits Unleashed places you in a 4v1 scenario for an asymmetrical multiplayer experience. The Busters can be taken on by human players either locally or online, and if there aren’t enough humans for the job, then bots will be fighting beside you. You can tell easily since along their names in brackets you’ll spot the word bot. For me, since I’m in the UK, the best time to play with other humans is early in the morning. Humans can learn as they play the game more and more, but bots are not going to be as reliable since they’ll sometimes get a very useful bot, and sometimes you will get a bot that is just wandering around for no reason. 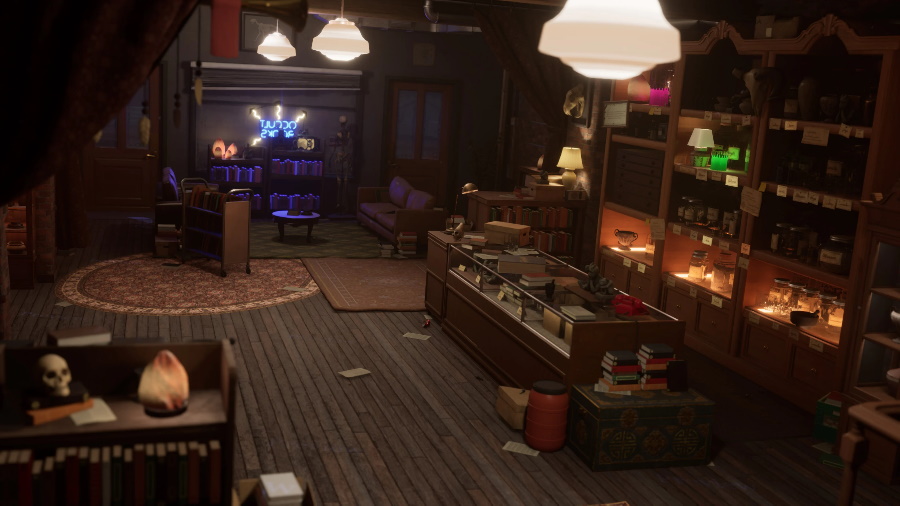 Since it’s 4v1, you’d think the Busters would have an easy time fighting against the one ghost, but things can certainly get hectic. Playing as the ghost is a single-player experience, making it the “1” in the aforementioned 4v1. It is actually a lot easier to win a match as a ghost than it is to play as part of a ghostbusting team since the power balance is tipped in favor of the ghost. Why? Because a ghost has so many powers at their disposal. You can also unlock more powerful ghosts as you level up. This is why it’s a team of four ghostbusters taking on one ghost.


I do feel that the story mode could have been handled a bit differently with a longer campaign, which is a missed opportunity. As mentioned before, the biggest plusses of the game are that Ray is in as a Café owner, and Winston is running the show. And you do get to check out the Ectomobile – a.k.a. the ECTO-1. It’s right there in the firehose! If there’s ever a sequel – or an expansion for the game – being able to whizz around the city zapping ghosts along the way would be an interesting experience. Sure, it wouldn’t be fully open world, but it would be a solid option for fans of such a huge and iconic franchise. 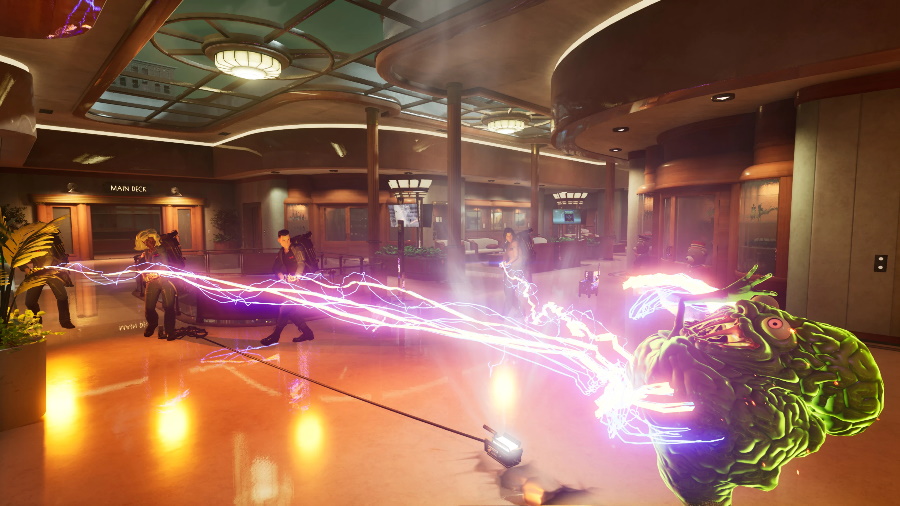 If you’re aiming to Platinum this one, you’ll need to complete many objectives to get the 40 Bronze trophies, 9 Silver trophies, and 2 Gold trophies on offer. Completing all 5 acts in the Story Mode is part of the equation. You’ll also have to considerably level up your Ghostbuster – and the ghost types – to get a bunch of trophies. There are also many miscellaneous objectives to work on, such as busting a ghost while doing less than $1,000 in property damage, causing $5,000,000 in property damage, haunting 50 objects in a single match, scaring five civilians as a ghost within 10 seconds, completing a job in each location, locating all secret clippings in each location, and more. And if you need some extra help, you can check out this Ghostbusters: Spirits Unleashed Trophy Guide.


Overall, Ghostbusters: Spirits Unleashed is a fun game that offers a 4v1 experience that tasks you with working as a Ghostbuster or haunting one of the five available locations as a ghost. This one is available as a Cross-Buy title with a $39.99 asking price, and your purchase will give you access to both the PlayStation 4 and the PlayStation 5 versions of the game at no extra cost. 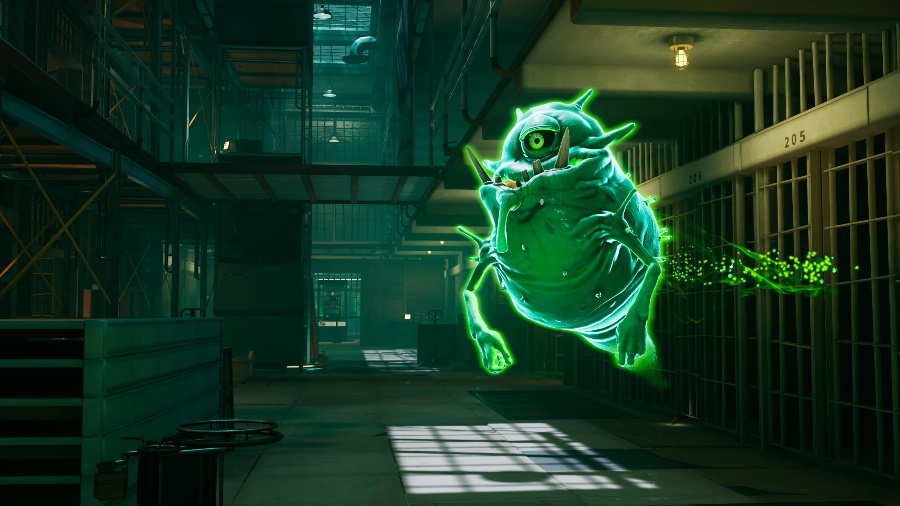 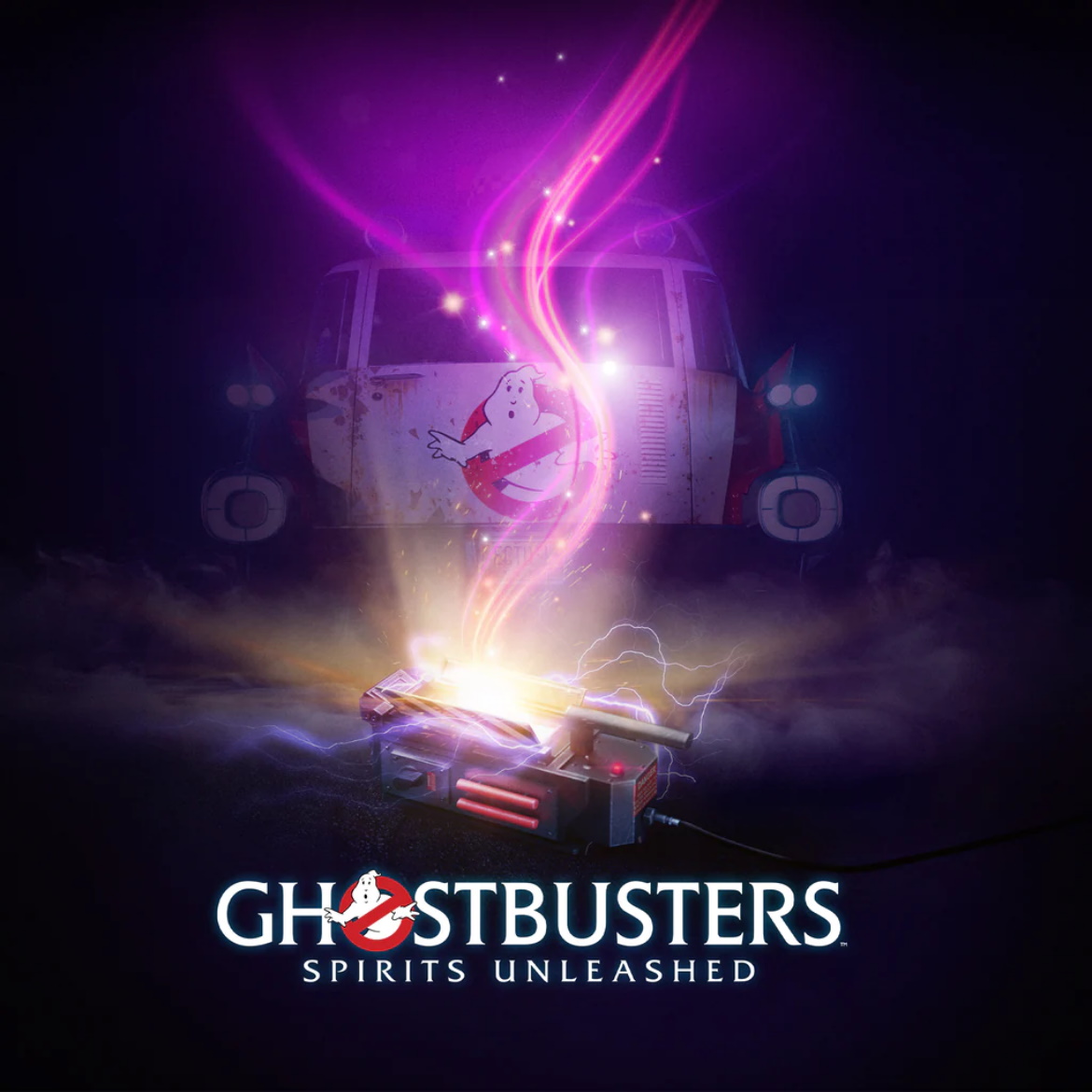 Disclaimer
This Ghostbusters: Spirits Unleashed review is based on a PlayStation 5 copy provided by IllFonic.