This is a double review for Sword of the Vagrant. Ceidz and EdEN played the game, and this review presents what they both had to say.

Journey into a gorgeous hand-painted fantasy world known as Mythrilia and discover the truth about your bloodline and its darkest secret. Hack and slash a path from a quiet coastal village through mysterious forests, haunted castles, and wrecked battlegrounds. When the endless barrage of enemies has been vanquished, what solace will be left for our hero?

The Vagrant is a 2D action RPG. As Vivian, you will experience an exciting and challenging adventure focused on combat gameplay that utilizes combo chains, charge attacks, and special skills, all while improving your character’s build through new equipment and abilities. Play casually or become a master combatant.

Sword of the Vagrant is a 2D action RPG that has a look and feel similar to the amazing Odin Sphere that was released way back in 2007 on the PlayStation 2. In this game, you’ll follow Vivian as the main character as she lands in the region of Mythrilia after her boat sank. She soon discovers a resident of the region who helps her to recover and brings her to the village. As you explore the village and the surrounding area and then get back to the village, a disaster happens, and this will drive the story from that point on.

The gameplay has you moving through the 2D environments and attacking everything that comes at you. The Square button is for normal attacks, and the Triangle button is for a strong attack that is better suited against armored enemies. The Circle button is for your skill which can be upgraded as you learn more skills throughout your adventure. Walking in the environment is quite slow, so you should always double-tap in one or the other direction to make Vivian run. 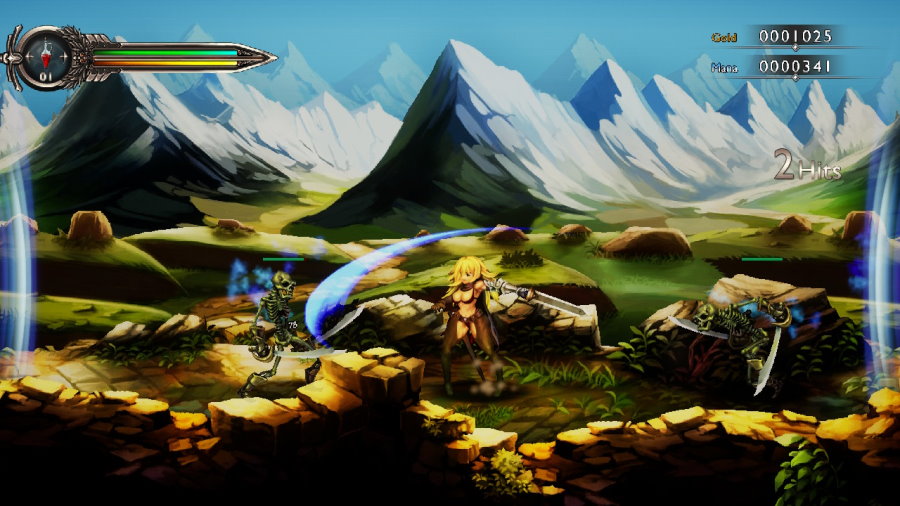 The controls are easy to pick up and feel natural almost immediately. Due to the time required for the attack animations, attacks feel slightly delayed, and this is even more true for the strong attack. I also noticed an inconsistency where the main character is left-handed when she’s going to the left and becomes right-handed as she moves to the right. This is something we used to see in games back in the day since the character sprites would be mirrored.

As for the presentation, I liked how the developer tried to take inspiration from the work of Vanillaware, drawing from games such as Odin Sphere, one of the most impressive hand-drawn games of the late 2000s. I thought that the color scheme was not as eye-popping as Odin Sphere, and the color palette was a bit on the bland side. The NPCs’ designs were also unappealing. Something else to keep in mind is that the text is small, which makes it hard to read, even on a 55″ TV.

If you want to learn about the trophies, you’ll be happy to read that this one has a full trophy list with a Platinum trophy. The list includes 28 Bronze trophies, 6 Silver trophies, and 5 Gold trophies. The trophies will unlock as you progress through the game, defeat each of the bosses, fail to defeat some of them, collect a ton of gold and mana, activate all Stelas, obtain all skills, obtain all recipes, unlock all entries in the Monsterpedia, and consume 100 potions, to name some examples. 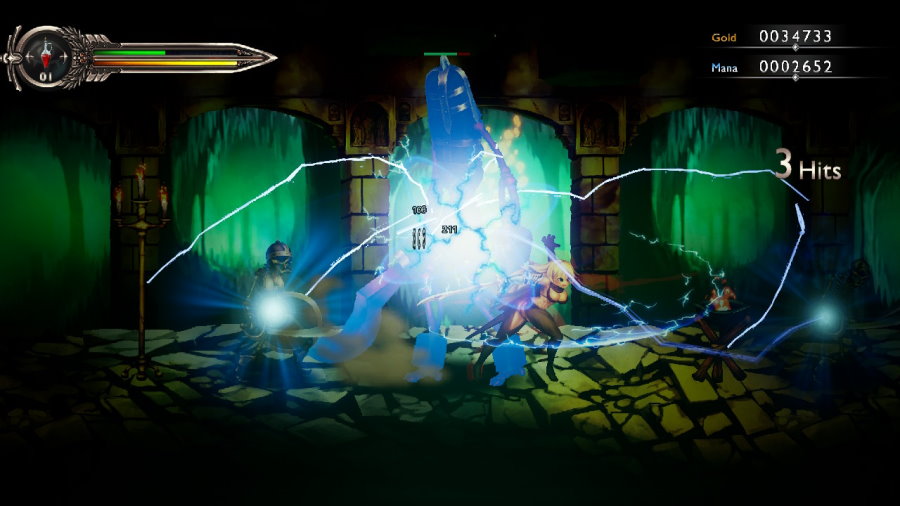 As Ceidz mentioned before, Sword of the Vagrant from Rainy Frog and O.T.K. Games gives off a budget Vanillaware vibe – think Odin Sphere or Dragon’s Crown – which is certainly not a bad thing! Hand-drawn cutscenes will tell the story, and the characters, locations, and monsters in your journey will also be hand-drawn. The game can be played in one of four difficulty settings: Normal, Hard, Very Hard, and Lunatic. As expected, the higher the difficulty setting, the higher the challenge! As you move up each of these four options, enemies will be more aggressive and will deal more damage, making it harder to defeat them.

On Nintendo Switch, you can control your buff, but scantly clad character with the left analog stick or the D-Pad, dashing by double pressing left or right and jumping with the B button and interacting with objects or other characters by pressing up on the left analog stick or the D-Pad as needed. The Y button will be for attacks, while the X button will be for heavy attacks. Your skill can be used with the A button. Pressing up, down, or left with the A button will activate the skills set to those slots. Using your skills will consume some of your rage. Pressing the – button will open up the map, where you can review your current location, your target location, and any markers for things such as save points or bosses. Save points are important because the game won’t autosave. Stelas will act as save points, and they can also be used to fast travel. 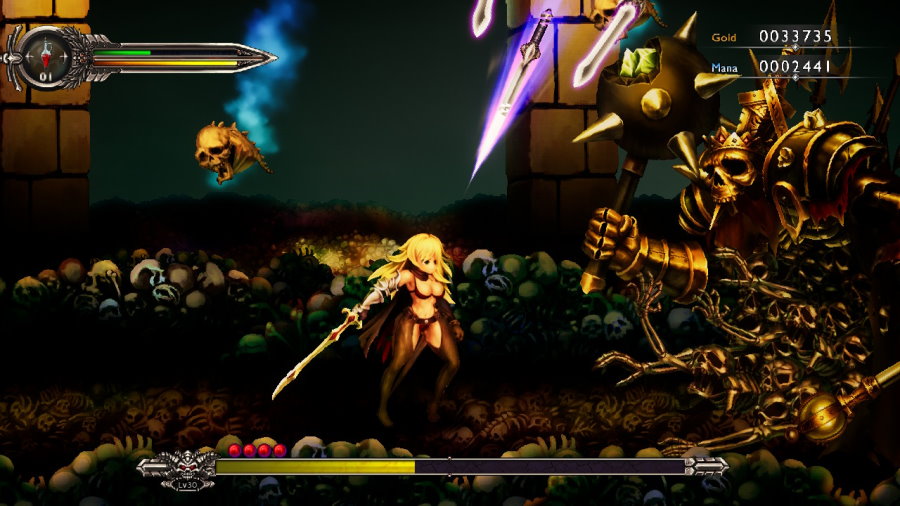 If you have any potions on you, then you’ll be able to switch between them with the L and R buttons and use the selected one with the ZL button. These potions can be used to recover some of your lost health or to refill your lost rage so that you can continue to use your skills. When you drink a potion, there will be a cooldown period during which you won’t be able to drink another one. Oh, and the ZR button will be for dodging, which is a very useful ability so that you can avoid damage! Just remember that you won’t be able to dodge past an enemy who is defending and that your air dodge will first need to be unlocked it!


When you arrive at a campfire, you’ll be able to cook meals that can recover Vivian’s health while also granting a buff… that is, as long as you have gathered enough ingredients to complete a recipe. These meals include examples such as hearty fried egg – which requires you to have one egg and one piece of butter – that will fully recover Vivian’s health while also granting a 10% boost to her overall health. You can unlock more recipes by eating at restaurants. And as a bonus, campfires will also allow you to save your progress!

The monsters that you defeat will drop crystals, which can be converted to mana. Mana can be used to improve Vivian’s stats, for enhancing weapons, and for gaining access to more abilities. You can also gain some mana crystals by destroying objects. The game suggests that you first focus on unlocking perks with a star icon, and I definitely agree! These perks include a fierce strike combo, a whirlwind slash, dodging, air dodging, a double jump, or a powerful dropkick. You can also add a boost to your chance to land a critical hit, lowering the cooldown for potions, making it possible to recover 20 rage when picking up food, or gain a boost to Vivian’s defense, to name some examples. 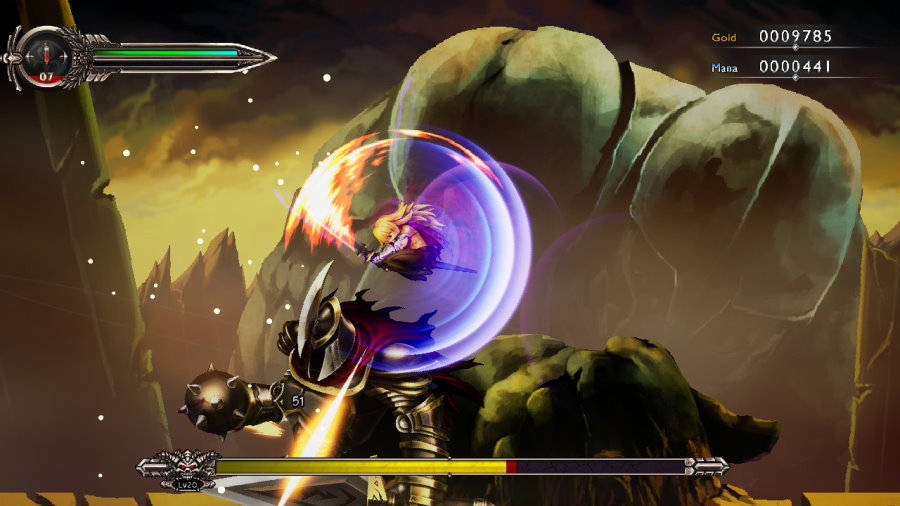 In the menu, you’ll have access to a journal, a Monsterpedia, and a tutorial section. The journal will register information from the events that you experience. The Monsterpedia will contain information on the monsters that you manage to defeat with your might. As for the tutorial, it will give you all the information you need to enjoy your time with Sword of the Vagrant, information on things such as Vivian’s status, movement and attacks, combos, skills, elemental attacks, conditions, mana, food, items, equipment, enchantments, abilities, and more.


Sword of the Vagrant is a fun 2D action RPG with a gorgeous presentation on PlayStation and Nintendo Switch. With more than 70 enemies to battle, six locations to explore, and more than 10 bosses to defeat, there’s plenty for you to do in this one. And as a bonus, this one features a digital art book with over 100 pages of colorful designs and images that showcase all the hard work for designing Sword of the Vagrant. The game is out on PlayStation 4 and Nintendo Switch, and it’s available on each console with a $9.99 asking price. 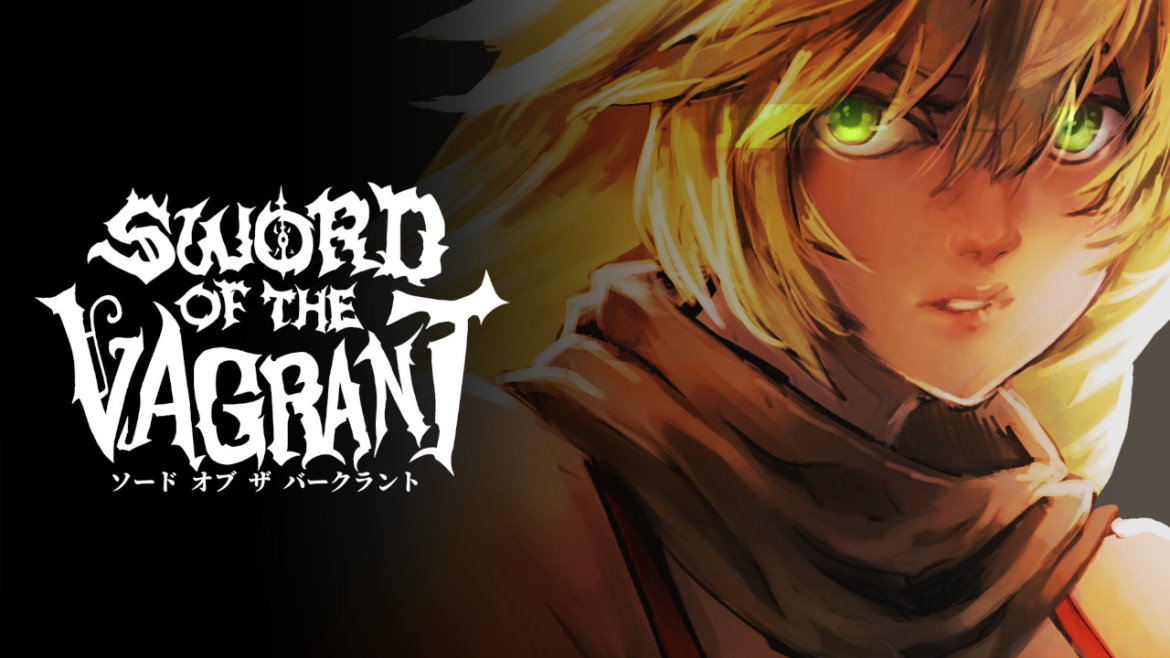 Sword of the Vagrant Review

Disclaimer
This Sword of the Vagrant review is based on PlayStation copies provided by Rainy Frog.

Labyrinth of Galleria: The Moon Society Lands In 2023