In Wavetale from Thunderful young Sigrid will explore the decaying archipelago of Strandville and the open sea in a charming 3D action adventure. Learn more in our Wavetale review!


In Wavetale from Thunderful young Sigrid will explore the decaying archipelago of Strandville and the open sea in a charming 3D adventure. Your journey begins after Mr. Baine drops some stuff that needs to be fixed, which is what grandma and you do every day. After collecting some Sparks to power the lighthouse – a segment that acts as the game’s tutorial – a large dark fog envelops Mr. Baine’s at sea, as well as the lighthouse and the rest of the island. Right before passing out, Sigrid manages to see a mysterious figure within the Gloom. 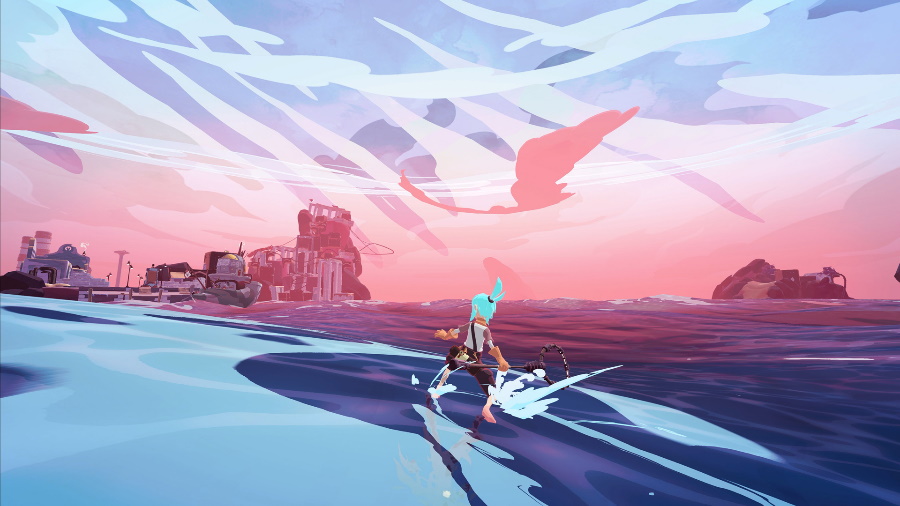 After waking up, Sigrid notices the shadow inside of the water, which is now technically upside down. The shadow extends one of her legs outside of the water and invites Sigrid to step on her foot. When she does this, it somehow allows her to run on water! She rushes back to the island to check on her grandma, and it’s then that she notices the island is packed with Gloom. On top of that, some weird blob-like creatures are also roaming the area. It’s then that her real journey will begin.


You’ll control Sigrid with the left analog stick as you move the camera around with the right one. The X button will be used for jumping, double jumping, and then gliding for a bit when up in the air. You can also boost with the R2 button to move at a faster pace. You can aim as needed with the L2 button. You can perform light attacks with the Square button and can use a spin attack with the Triangle button. The L1 button will be for grappling, which will allow you to move through each area at a fast pace. 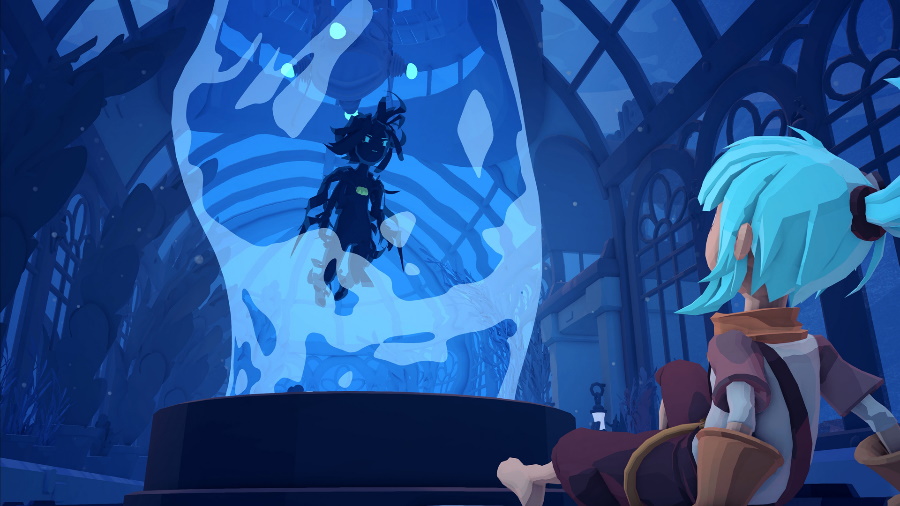 And to open your journal, just press the DualSense’s Touchpad. From there, you’ll be able to review the quests that you’re working on completing, the overall map – which you can zoom in and out of with the Square button –, the information that you’ve learned so far, anything that you’ve added to your scrapbook, as well as some extra information on any of the people that you’ve met so far. It will start with information on Sigrid, her grandmother Doris, her father Jon, and her mother Iris, who has been missing for a while now.


You should always activate any power generator that you find. Once you flip their switch and turn them on, they will, in turn, power the devices connected to them. You will also need to activate switches to keep the energy cycle going. This will allow you to power moving platforms, new grapple points, and some of those fancy tube things that will launch Sigrid forward at full speed. 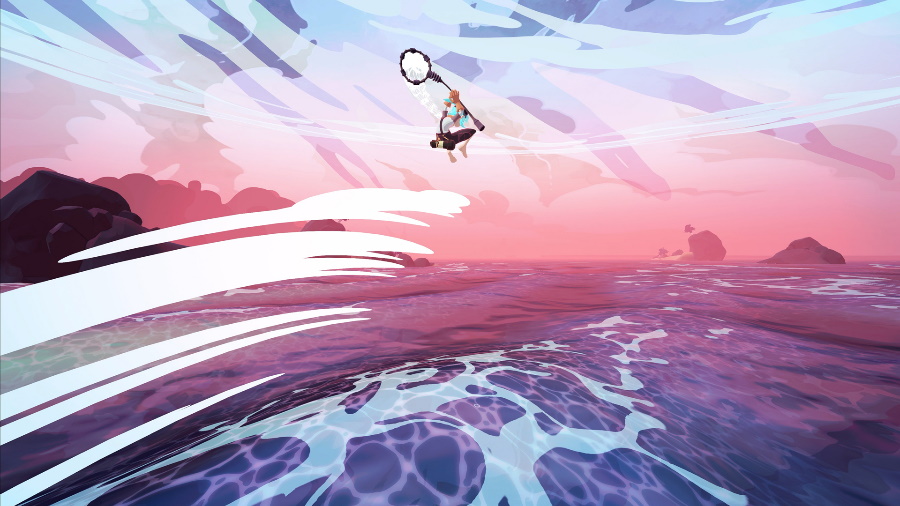 As you progress through the game, you’ll collect Sparklings and Sparks to obtain energy. You can also get some extra Sparklings by helping others out and completing some sidequests. Once you save Mr. Baine from the Gloom that covers him, you’ll be able to take a look at his wares. He sells a variety of items for you to customize Sigrid’s look. You can buy items such as a cap, a kelp wreath, fuzzy ears, an artist’s hat, a leopard print outfit, or a polka dot outfit, or maybe change Sigrid’s hair color from her vibrant light blue to options such as fiery red, kelp green, or even a coral-tastic color.


Trophy-wise, Wavetale has a full trophy list with a Platinum trophy. And since this is a Cross-Buy title, if you own a PlayStation 5 console, you could work on two Platinum trophies for your collection since the PlayStation 4 and the PlayStation 5 versions of the game have separate trophy lists. Said lists include 1 Bronze trophy, 3 Silver trophies, and 10 Gold trophies. Trophies will pop at a steady pace as you progress through the game’s story, with a handful of them popping for completing the four challenges that Asta has prepared for you. 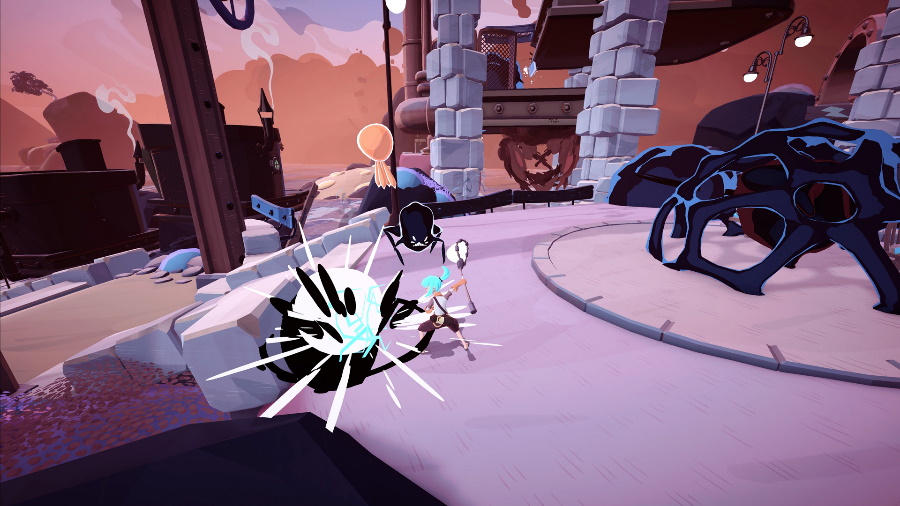 Wavetale is a fun 3D action adventure on PlayStation 5. It’s certainly paying homage to the beloved The Legend of Zelda series – and to one entry in particular – as it presents to us Sigrid’s journey to save everyone from the deadly Gloom. This one is a bit more linear than any of the games in The Legend of Zelda franchise, but you’ll still be spending at least 4-5 hours on your adventure – with an extra hour on top if you decide to help every single NPC that you meet. Wavetale is available as a Cross-Buy title, so your $29.99 purchase will give you access to both the PlayStation 4 and the PlayStation 5 versions of the game at no extra cost. 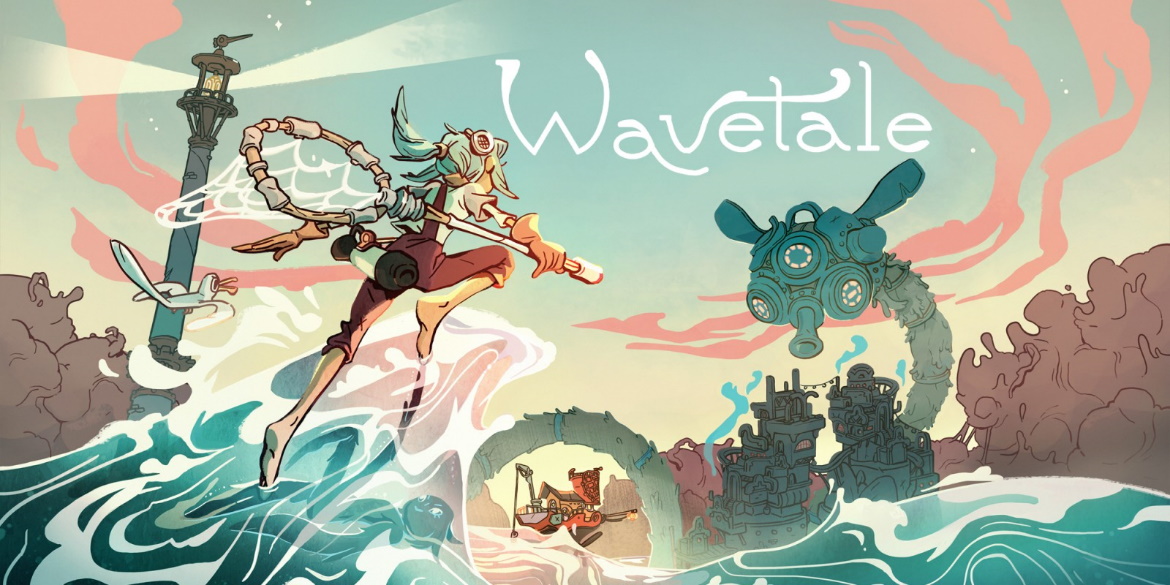 Disclaimer
This Wavetale review is based on a PlayStation 5 copy provided by Thunderful.