Soccer Story from No More Robots and PanicBarn is ready for you on PlayStation. Learn more about this fun game in our Soccer Story review!


Soccer Story from No More Robots and PanicBarn is ready for you on PlayStation. It’s a physics-based RPG adventure that draws inspiration games such as from Golf Story while setting out to do its own things. It’s been a year since The Calamity hit, tearing apart the foundations of soccer as we know it – that is, what is known as football around the world. Soccer has been banned around the world, but now there’s a small ray of hope. Why? Because a magical soccer ball has chosen you as the Savior of Soccer! 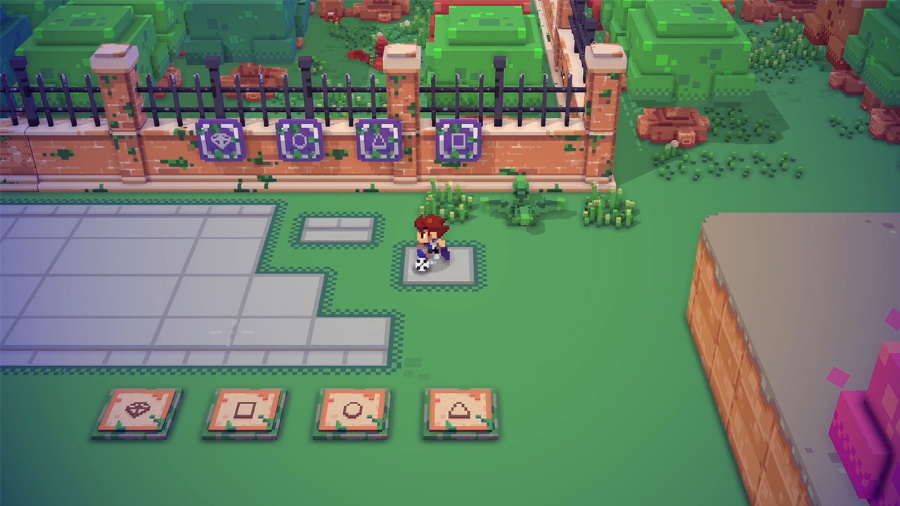 You can play either the Story Mode, which is the main attraction, or play in Quick Match. As the name suggests, Quick Match gives you the option of playing through a regular soccer match without having to go into any of the story-related segments. There are eight teams in total for you to be part of. There’s Soccertown FC, Beachside United, Dojo Rangers, Athletic Albion, OAP Athletic, Team Spooky, Toddlers FC, and Shokeepers United.


As for Story Mode, you’ll progress through each chapter as you make the most of your new magical soccer ball. You can drop the ball at any time and use it to solve puzzles, complete challenges, take on 1vs1 battles, and compete in other sports or activities, all with your soccer ball. Your father was lost during The Calamity, so you set out to give it your all to bring back soccer before it’s too late. Soccer Inc. has banned all activities not sanctioned by the association – think FIFA but on an evil world domination scale. 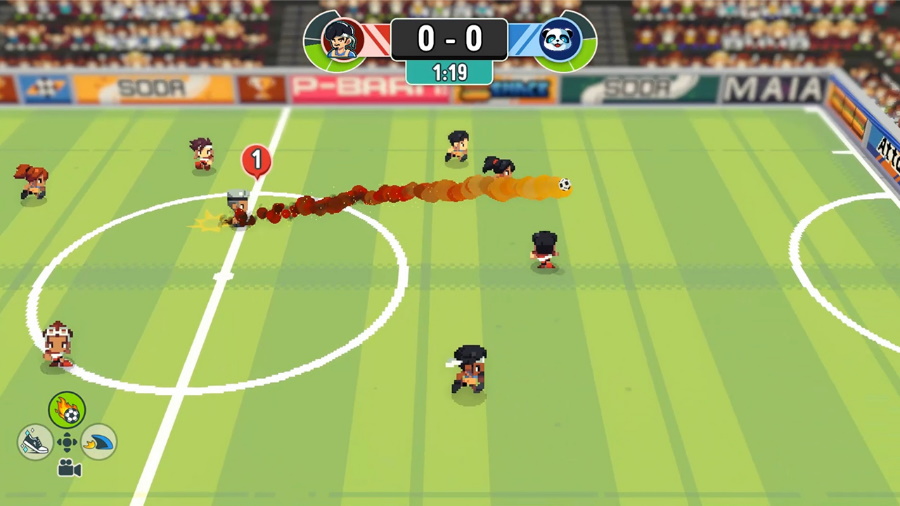 You’ll get to explore the pixel world of Soccer Story, and will spend most of your time outside of actual matches as you meet many NPC, interact with them and learn what they need you to do to help them with some errands here and there. By completing each of the cups that the game will throw at you, you’ll be able to go beyond Soccertown to help others. Maybe you need to use the power of soccer to keep sharks from attacking people at the beach, or maybe you can go fish. Who knows, there could be some turn-based battles in your future!


By progressing through the game’s Story Mode, completing challenges, and finding some secrets here and there, you’ll get a chance to boost the stats for your character and of the other team members. You can boost their overall speed, shooting, energy, and strength. To do this, you’ll need to spend the corresponding emblem for each stat, which is why you need to search everywhere for them. 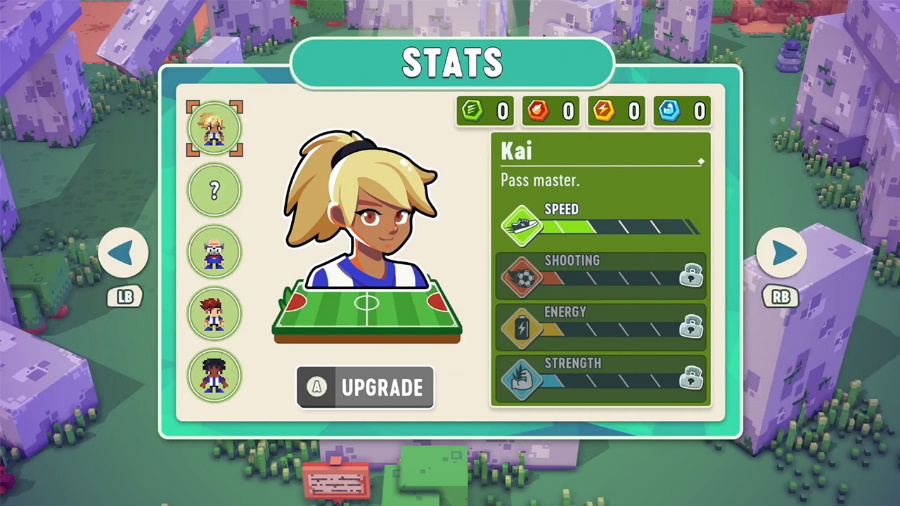 The quests that you need to complete will require you to use the magical soccer ball to hit targets, enemies, or hazards, as you tackle and slide your way to victory. Slides are crucial for exploring each area that you visit since they will allow you to reveal some of the hidden objects you need to collect. You’ll have to make some trick shots as well to hit floating targets or make a run for it to then kick the magical soccer ball towards something. You’ll see what I mean once you play the game.

Tropphy-wise, Soccer Story is a Cross-Buy release, which means that you’ll get both the PlayStation 4 and the PlayStation 5 versions of the game with your purchase, and each one will have its own separate trophy list for you to work your way through. The list includes 4 Bronze trophies, 8 Silver trophies, and 8 Gold trophies. To unlock them, you’ll have to complete the tutorials, score your first goal, locate some items, help the target appreciation society and the goal appreciation society, win a match, draw a match, and lose a match, win each of the cups, and become the 1v1 champion, to name some examples. 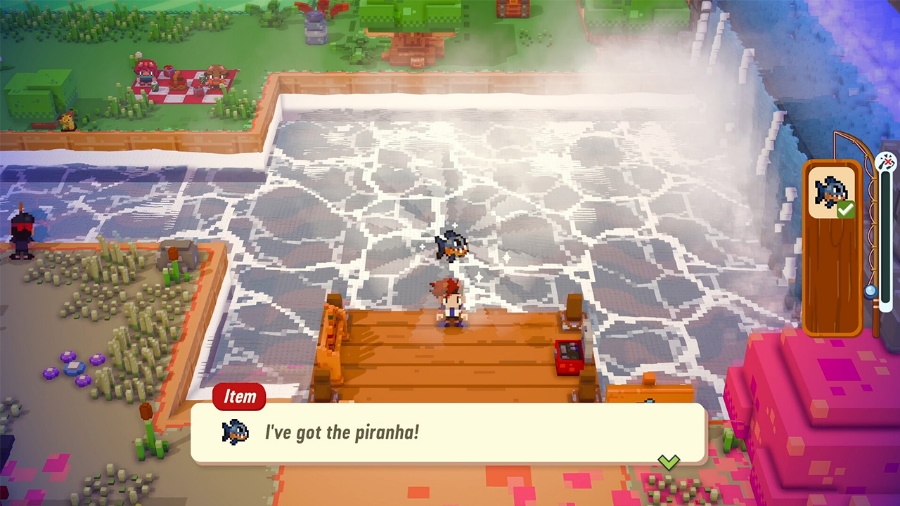 Soccer Story is a fun pixeltastic adventure that brings the beautiful game to PlayStation in style. Sure, it offers 5 vs 5 and 1 vs 1 soccer for you to enjoy, but it also offers a huge and charming RPG experience in which you’ll make the most of the magical soccer ball that has chosen you to be the sport’s savior. The game is not without its flaws, since the AI can feel a bit weird at times, either for your team or for your opponents, with goalies that are a bit too good for their own good, or who sometimes let the easiest of shots into the net. Soccer Story is available as a Cross-Buy title, so your $19.99 purchase will give you both the PlayStation 4 and the PlayStation 5 versions of the game at no extra cost. 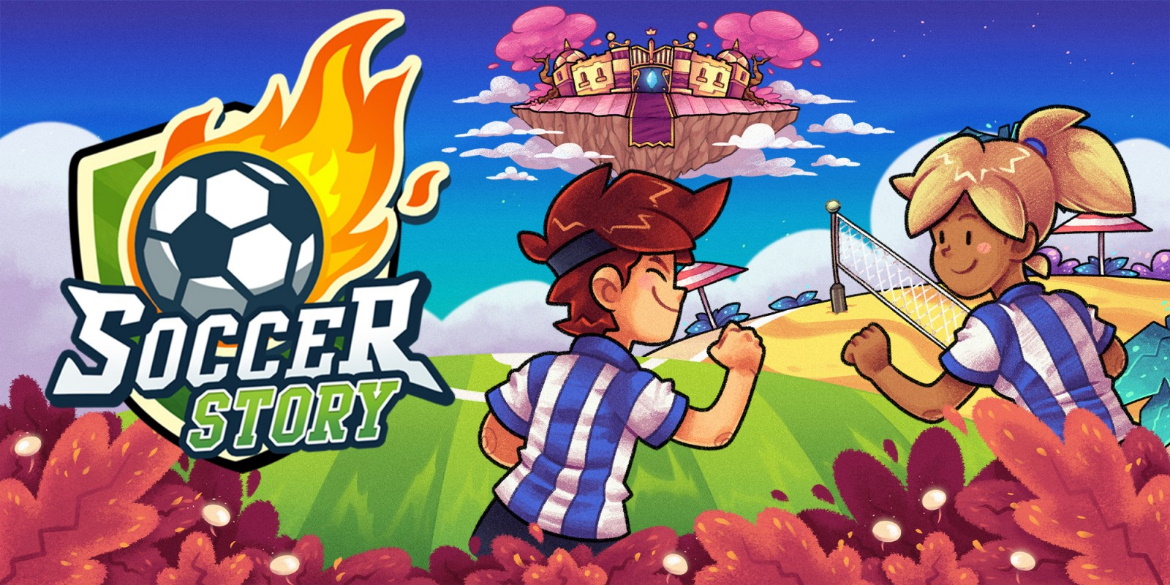 Soccer-infused RPG adventure to save the beautiful game

Disclaimer
This Soccer Story review is based on a PlayStation 5 copy provided by No More Robots.