I have not had the pleasure of playing the original River City Girls, but I have heard great things about it. I am very familiar with WayForward’s work as I have played almost all of their other games over the years on various platforms – including their iconic Shantae franchise. Sequel River City Girls 2 picks up right after the end of the prequel, and it’s once again time for the girls – and their significant others – to jump into action. Does River City Girls 2 live up to WayForward’s reputation? Let’s dig in and find out! 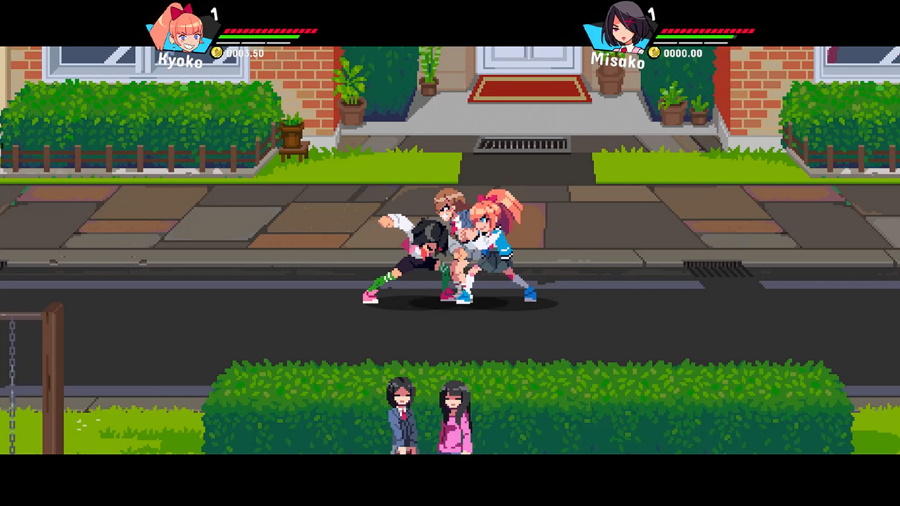 When you boot up the game for the first time, and once the animated intro and awesome song play out, you are treated to a choice of character to play. The game’s sense of humor left a good impression on me right away. I like a game that can hook you and reel you in almost instantly. The story establishes that a group of Yakuza – led by Ken – have taken over the city and the school. They’re so powerful that they end up kicking the girls out of school!


The game begins when Misako and Kyoko are at home after spending a few months being lazy, playing games all day, and generally doing nothing… because there was nothing to do. They are so out of practice and need to start again from square one and need to once again train and gain enough experience to relearn all of their moves. This is how River City Girls 2 goes about giving us the “the heroines have lost all abilities from their previous adventure” so that gamers of all skill levels can start on the same page. 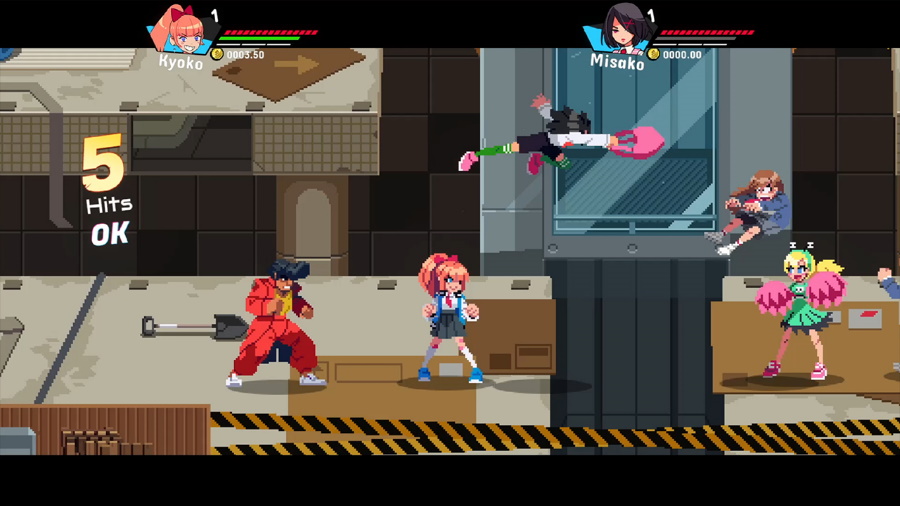 I’m going to try and keep the game as spoiler free as possible, as there is a lot of solid comedy here, and I would rather not ruin the story for you. I can tell you that every section of the game is littered with quirky humor, be it when you face off against a boss or when you talk to an NPC. Even the side quests are funny. It’s all enhanced by the solid voice acting for all of the many characters that you’ll get to meet during your time with River City Girls 2.


The game is a 2D brawler that you can play solo or in co-op, either locally or by going online. The controls are nice and tight and very responsive. Any mistakes made along the way are solely on you since your characters can run, jump, punch and kick their way through any sticky situation. You’ll have to complete several quests along the way, helping those in need. You can take advantage of the map system, which is pretty easy to use. Simply look at where you need to be and just follow the directions… easy peasy! 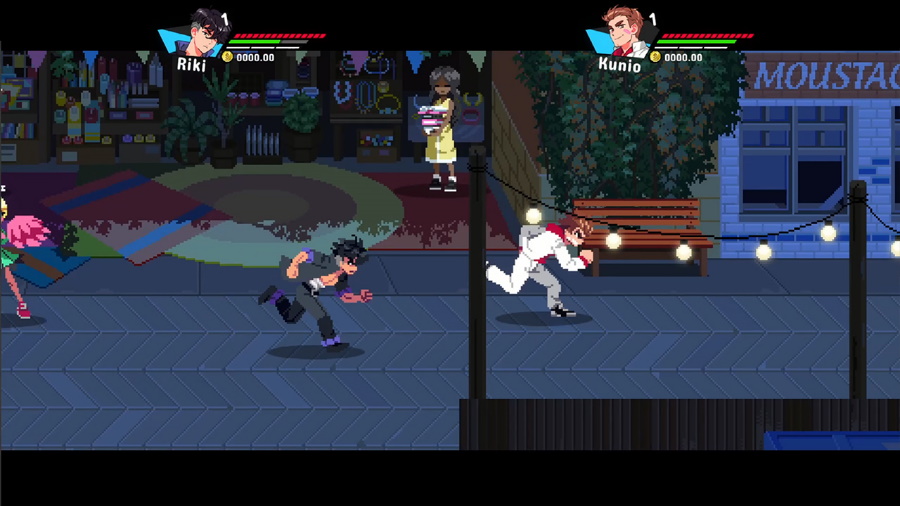 The boss fights are no button-mashing affair. They can be quite tricky, and knowing their attack patterns will aid you toward victory. Each boss will have its own movement and attack pattern, so you’ll have to pay attention if you want to get to the final boss, and you better learn from your mistakes! Sure, you’ll end up being defeated every now and then, but the game offers a very generous checkpoint system. And you can always decide to respawn at your house without losing any of your money!


Money is important since you can use it to purchase a variety of food items and accessories to aid you on your adventure. Food will restore some of your lost health while also giving your character a boost to one of its stats. You can also equip up to two accessories that will grant you some extra skills or perks that will certainly prove to be very useful. River City Girls 2 is also packed with extras like a dodgeball minigame or being able to recruit the opponents that beg you for mercy so that you can keep your combos going strong.

The game has a full trophy list with a Platinum trophy, for which you’ll have to unlock 48 Bronze trophies, 7 Silver trophies, and one Gold trophy. Several of the trophies will pop as you progress through the game and defeat the many bosses in your path, while others will pop when you complete specific quests. It’s a fun trophy-hunting ride that you’ll get to enjoy on PlayStation 4 and PlayStation 5 since this one is a Cross-Buy title! 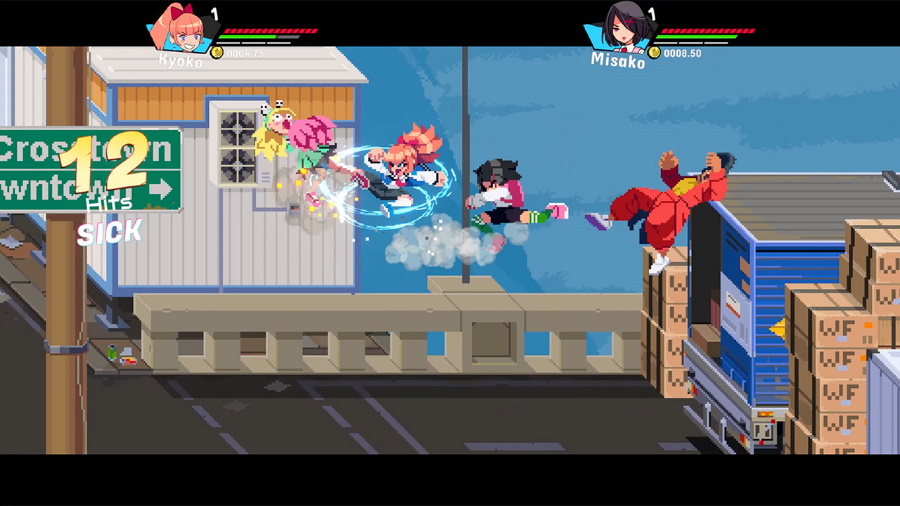 River City Girls 2 features visuals that are quite stunning, with gameplay mechanics that make for a fun ride. If you don’t pay attention and try to button-mash your way to victory, you’ll find that it’s not going to be an easy thing to achieve. The story and humor are also a highlight, thanks to the solid writing and the great voice acting. If you like beat ’em ups and enjoyed River City Girls, then this is one you should definitely check out. The game is available as a Cross-Buy title with a $39.99 asking price, and your purchase will give you both the PlayStation 4 and PlayStation 5 versions of the game at no extra cost. 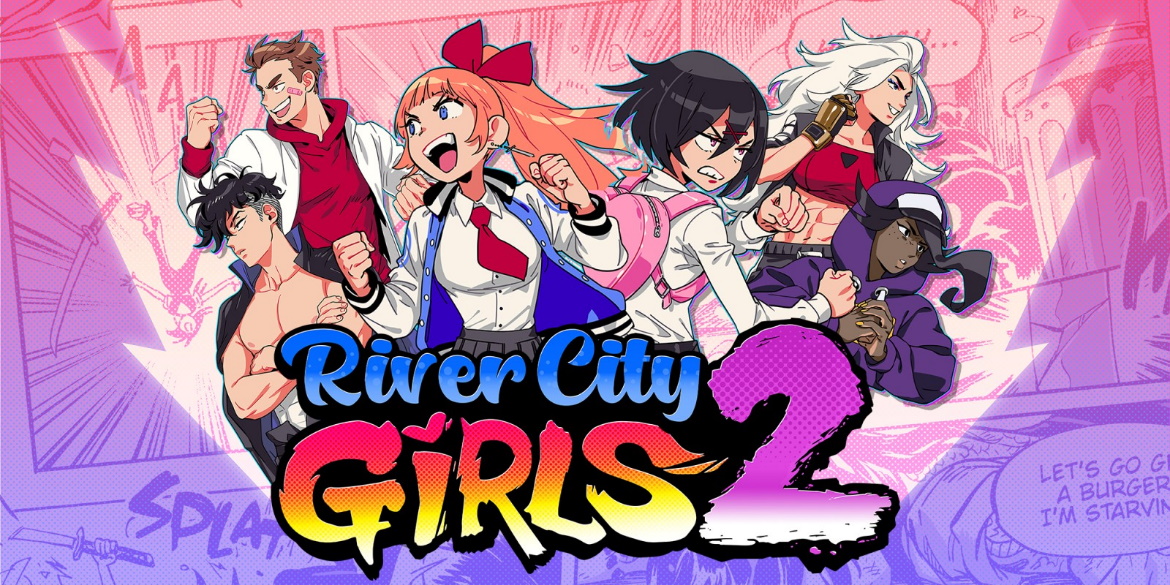 A solid beat 'em sequel up from WayForward

Disclaimer
This River City Girls 2 review is based on a PlayStation 5 copy provided by WayForward.