Eville from Versus Evil and VestGames is a multiplayer social deduction game in which you find yourself in a village riddled by a series of murders. Check our Eville review!


Social deduction games have become big in the last couple of years, haven’t they? They even penetrated our vernacular with “sus” becoming everyday parlance because we did not have a way to describe when something or someone was being suspicious… but here we are. They are now coming out of the woodwork and even have movies being made about them. You could say that they are… among us. See what I did there? I shoehorned an Among Us reference when it wasn’t even necessary because, in this day and age, you cannot make a social deduction game without someone asking, “Is it like Among Us?” No, Britney, this is Eville from VestGames and Versus Evil, and it is its own thing. 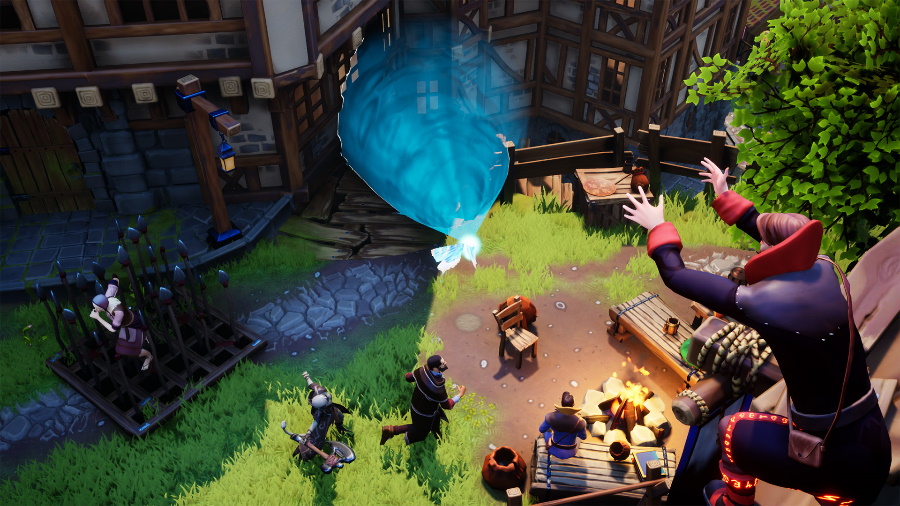 So what is it about? Well, Eville is more in line with Werewolf than the one with the bean people. Just like Werewolf, there are ne’er do wells in a quiet town up to no good, killing off the unsuspecting villagers one by one until the villagers figure them out and execute them, or they are the only ones left. We have a day/night cycle where during the night, the bad ‘uns conspire to murder the villagers. Unlike other social deduction games, the villains here can kill during the day as well. But should you be seen doing so, then people can report you and forward you up for execution.


It’s basic deduction stuff. Villagers and scallywags all have different roles that can be assigned to them, and the roles are assigned at random, with no one knowing who the others are. Each role on either side of the divide has something to contribute to the mix, and not knowing for sure what combination of roles are out there is always fun since anyone can claim to be anything. The roles up for grabs are diverse enough, from the Trapper, who can lay traps during the day that the rapscallions can fall foul to during the night, or the Seer, who can lay what are essentially security cameras that can be viewed during the night phase to see who was active during the night meaning that the villagers are not completely unprotected and can concoct ways to defend themselves. 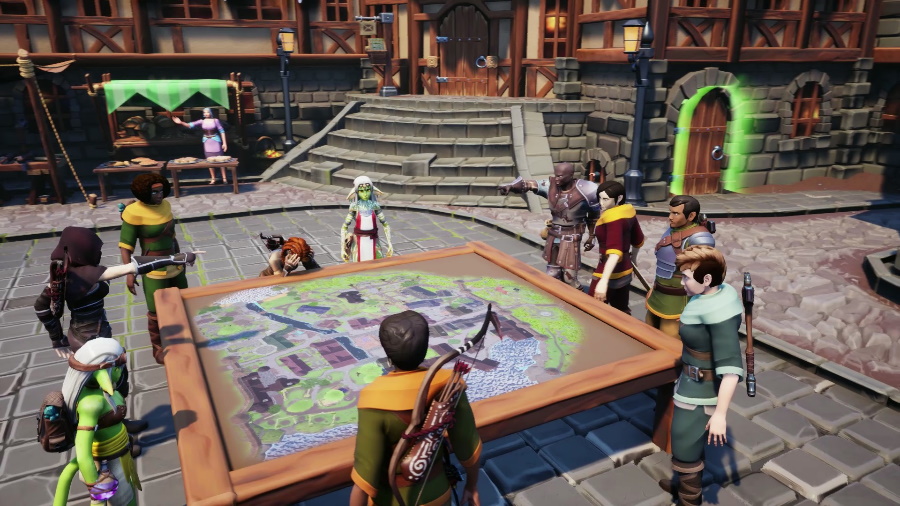 The setup sounds great on paper, but the execution feels a little lacking. The tools are there to make an excellent experience, and seeing as Vest games do intend to continue to build on it, the game does seem to have potential, but there are bits that definitely need improving. For starters, there’s the tutorial. As mentioned previously, there is a multitude of roles to assume, and they are given to you at random, but the tutorial only deemed it necessary to show you how to play as the Trapper. It is likely the designers just wanted to show newcomers how the basic controls work, but color me the fool when I assumed that the Trapper was all I needed to know… only to land in my first match and be cast as a villainous Thief. Needless to say, I did not last that long. It seems that in order to actually learn anything thing about the roles available, you needed to read the in-game guide that the tutorial made no allusions to during the inauguration.


Confusion aside, the game is mostly fine. The visuals have a mid-2010s MMORPG look. This may sound like a criticism, but somehow the cartoony feel of the town and the characters seems to work well with the mood and feel of the game. The soundtrack is quite whimsy and promotes the intrigue that the atmosphere is trying to create, but ultimately, it’s the voice work with other players that really sells the experience. 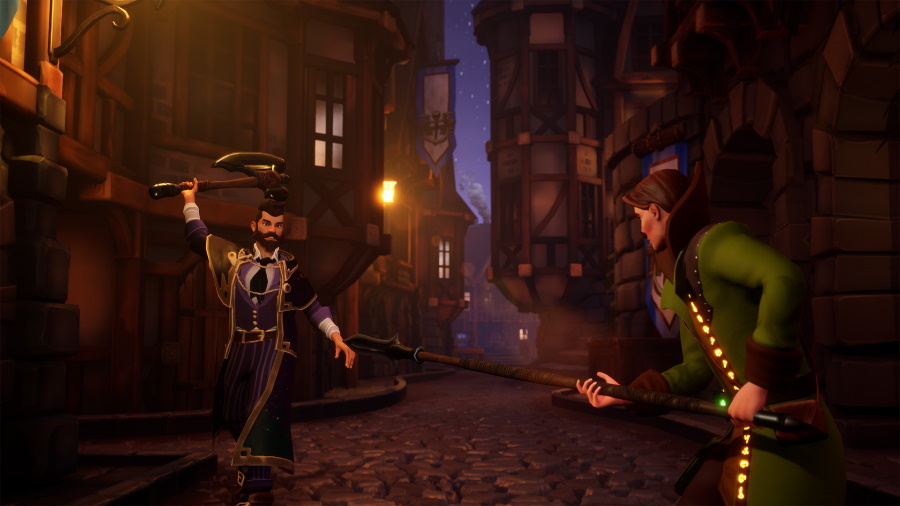 During the day phase, players can deliberate with each other to share the information they gathered and their potential suspicions. The game uses proximity chat, and things mostly work when the game is not lagging or just outright booting you from sessions. Whilst not entirely the game’s fault, about 60% of my time with it was spent in lobbies waiting for people to ready up whilst I listened in on their unceasing chatter, with there almost always being a guarantee of someone burping or a dog barking. And then, about 40% of the remaining 40% being booted out of matches, and 50% of that last 60% me not knowing what I am doing or what is happening because other players from the PC version of the game all rightly assume I know what I am doing.


With a better onboarding to the game, Eville has the potential to be something more, but right now, the experience is wholly lacking. The one town, whilst initially interesting, becomes repetitive as soon as you become aware of how sparse it is. Yes, you are here to root out the evils of the town/murder people, so the medieval setting is not really that important but considering you spend 100% of your time running around, the town feels uninteresting. Yes, there are quests you work on to liven things up when not deducting or dead. You can run to different town NPCs to buy items or do errands for them. You can even “unlock” a new area of the map by dying and being transported to the afterlife, where you can roam the land of the dead or the living as a ghost. 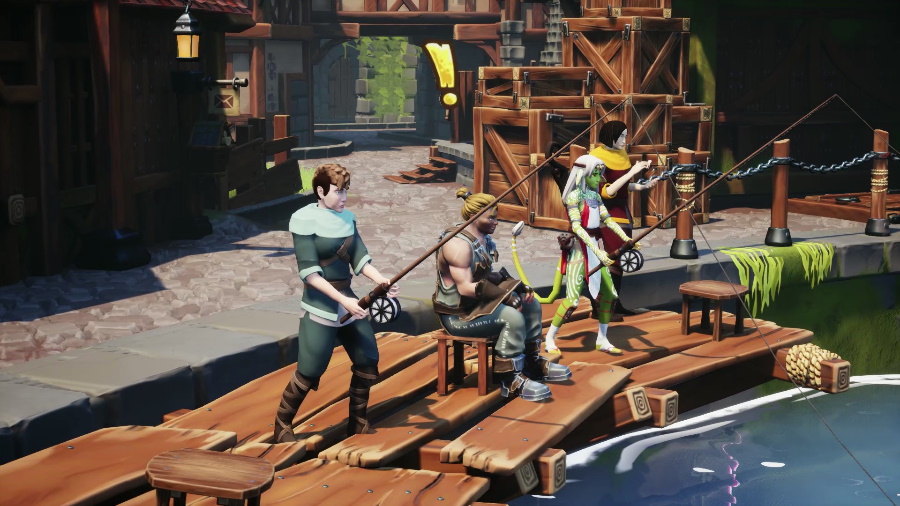 In fairness to the game, it is a social deduction affair, so with the right group of people, you can have a fun night shooting the breeze for hours and then occasionally playing a game or two, but you can easily do that on a Discord server without Eville being involved. There is not much that is compelling here. I am sure that given time, improvements to the network code, better gameplay implementation, and new maps, Eville could fulfill its potential as the go-to Social deduction game. It’s available as a Cross-Buy title with a $14.99 asking price. There’s also a Founders Pack available at a $24.99 price, and it includes the Star Gazer Pack along with the Season 1 Pass for the game. 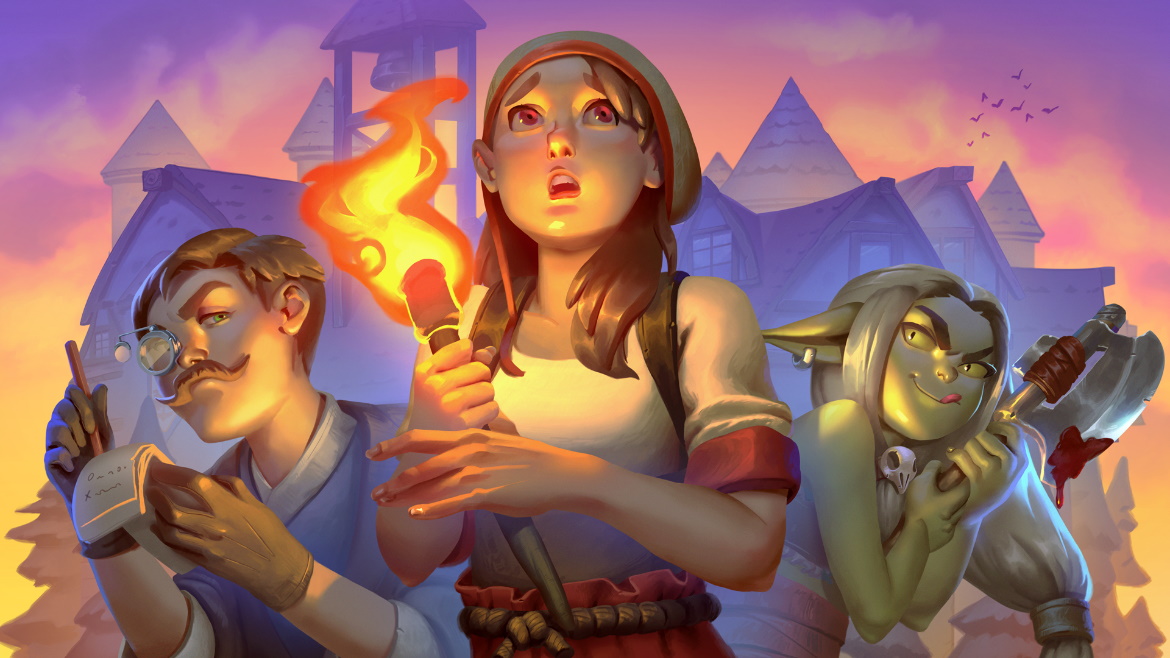 Disclaimer
This Eville review is based on a PlayStation 5 version provided by Versus Evil.