Bot Gaiden from eastasiasoft and SwordSwipe Studios is a fast-paced 2D action game with robots. Lots of robots. Learn more in our Bot Gaiden review!


Bot Gaiden from eastasiasoft and SwordSwipe Studios is a fast-paced 2D action game with robots. Lots of robots. Ninja robots Robyu and Bytron must slice and dice all opponents foolish enough to get in their way. It’s a game that clearly pays homage to the old-school entries of the beloved Ninja Gaiden series, as well as having a dash of the Mega Man franchise. The starting cutscene is straight out of Ninja Gaiden II on the Nintendo Entertainment System – a.k.a. the NES – and the level and enemy design certainly take the NES Ninja Gaiden games into consideration. 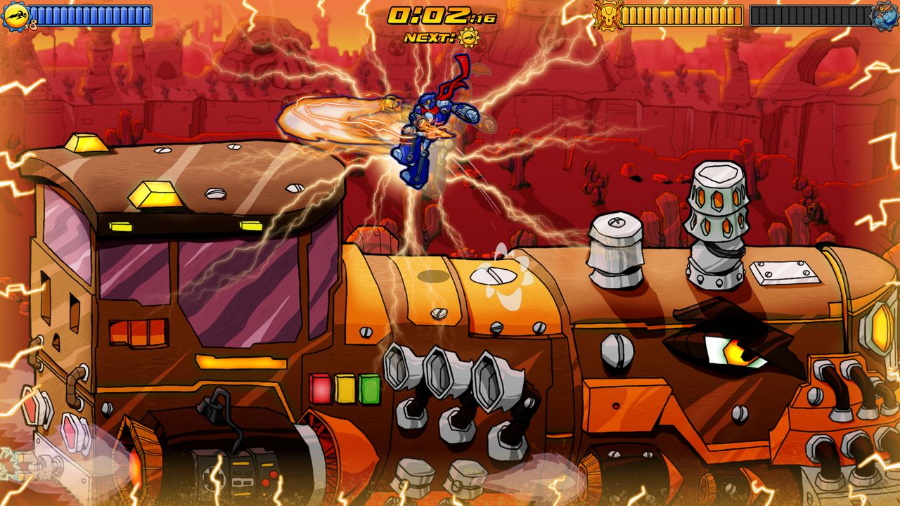 The hench-bots of the evil Giorgio have stolen the Power Skulls and are draining their energy, so you must rush into action to reach each boss before they’ve managed to gain full power. By recovering the Power Skulls, your mechanic Gizmo will be able to fabricate permanent upgrades for you to benefit from. The more power that remains in each of the Power Skulls that you recover, the better the reward! But if you’re too slow to get to a boss, at least you’ll be able to use the remaining Power Skull to gain an extra life. You can always replay a level after completing it, making the most of what you learned the first time around.


On your path towards defeating Giorgio, you’ll first have to battle against his six hench-bots: Ratbot, Yetibot, Cobrabot, Ribbot, Broncobot, and Chernabot. If you’re fast enough and reach each boss and defeat them before they’ve started to heavily drain the energy of each Power Skull in their power, you’ll be rewarded with the Lightspeed Gears, the Triple Jump, the Super Drill, the Spread Slingshot, and the Glider bombs. 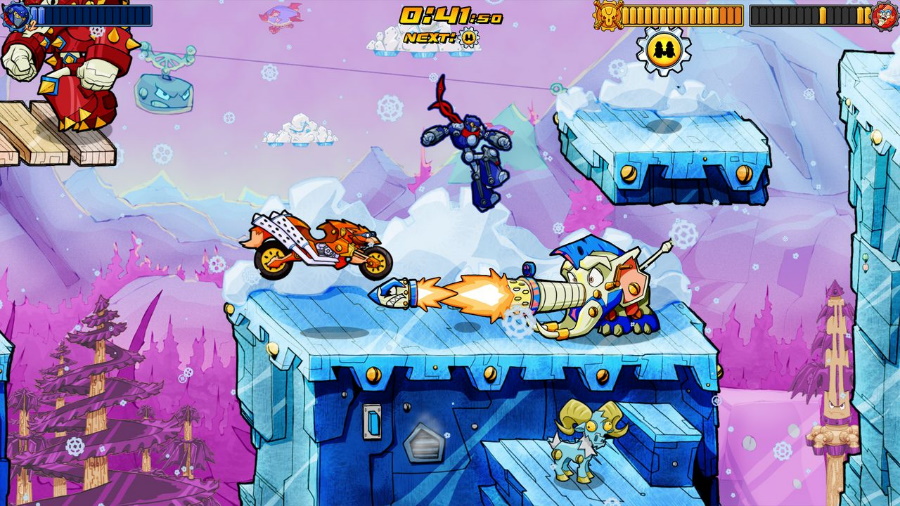 You’ll control your robot ninja with the left analog stick or the D-Pad as it jumps and double jumps with the X and Circle buttons and attacks with the Square and Triangle buttons. The L1 and L2 buttons can be used to dodge, while the R1 and R2 buttons are used for gliding. There are also special attacks for you to activate by pressing the Square or Triangle buttons, either on the ground or while in the air, as needed. Using a drill attack from above is always a good strategy!


Gears can provide you with abilities. You can collect the Jumpjet, which enables a midair boost to gain some extra height for your jump; the Slingstar, which adds range to your attack while allowing you to recall it at will; and the Dashblade, which yields a wider attack radius and speed burst. If you’re damaged, you’ll lose abilities, but if you manage to maintain them, you’ll be able to summon the Hyperspeed, which will be very useful for reaching a boss before it’s drained too much energy from a Power Skull! 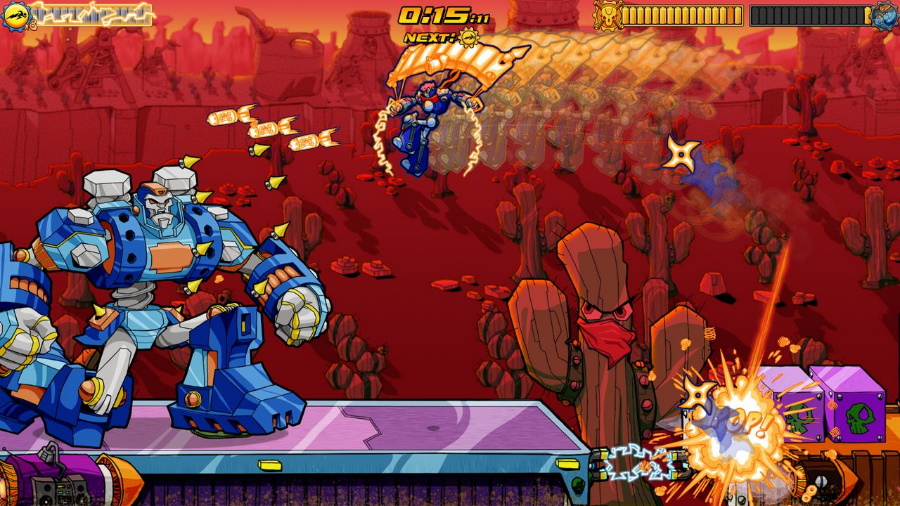 You can play Bot Gaiden in one of four difficulty settings. There’s Casual, which lowers the damage that enemies deal to your character, and you get to keep gears even if damaged. Normal is the standard difficulty setting. It makes enemies deal medium damage, and you’ll lose one gear when damaged. If you dial things up to Hardcore, enemies will deal heavy damage, and your character will be knocked back. Enemies will also respawn, you’ll lose all gears when damaged, and there will be more enemies to take on. And then there’s Ludicrous. As its name suggests, it’s one for elite gamers since enemies deal lethal damage, there are way more enemies to fight, and they always aim for the kill.


Gaiden Bot has a full trophy list with a Platinum trophy, and since it’s a Cross-Buy title, if you own a PlayStation 5 console, you can work on adding two Platinum trophies to your collection since the PS4 and PS5 titles have separate trophy lists. The list includes 3 Bronze trophies, 3 Silver trophies, and 10 Gold trophies. The objectives are simple since they require you to beat each of the seven levels in the game, defeat 50, 100, and 250 enemies, collect 12, 48, and 96 ability items, and die 6, 18, and 36 times.

Bot Gaiden is a fast-paced 2D action game that pays homage to the classic 8-bit games in the Ninja Gaiden series, from the level layouts to the enemy designs, including the always annoying hawks that are ready to knock you into a bottomless pit. It offers seven levels to complete and seven bosses to defeat. And once you beat the game, you can do it all over again while taking advantage of the bonuses you unlock after defeating Giorgio! 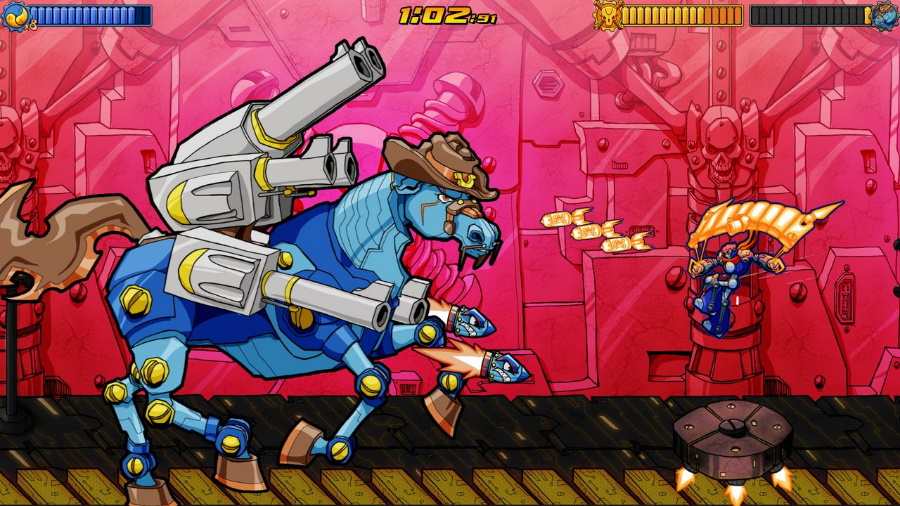 You’ll get the Effects Pack, which adds filters to give the action a Game Boy, Virtual Boy, or Super Game Boy look. If you get the Silver Power Skull, you’ll get alternate armor colors for the ninja bots. And if you get the Gold Power Skull, you’ll be able to play through Retro Remix Mode, which trades ability gears for perma-speed and randomized enemies. Are you up for the challenge? Bot Gaiden is available at a price of $14.99, and since it’s a Cross-Buy title, your purchase will give you access to both the PlayStation 4 and the PlayStation 5 versions of the game at no extra cost, allowing trophy hunters to work on adding two new Platinum trophies to their collection. 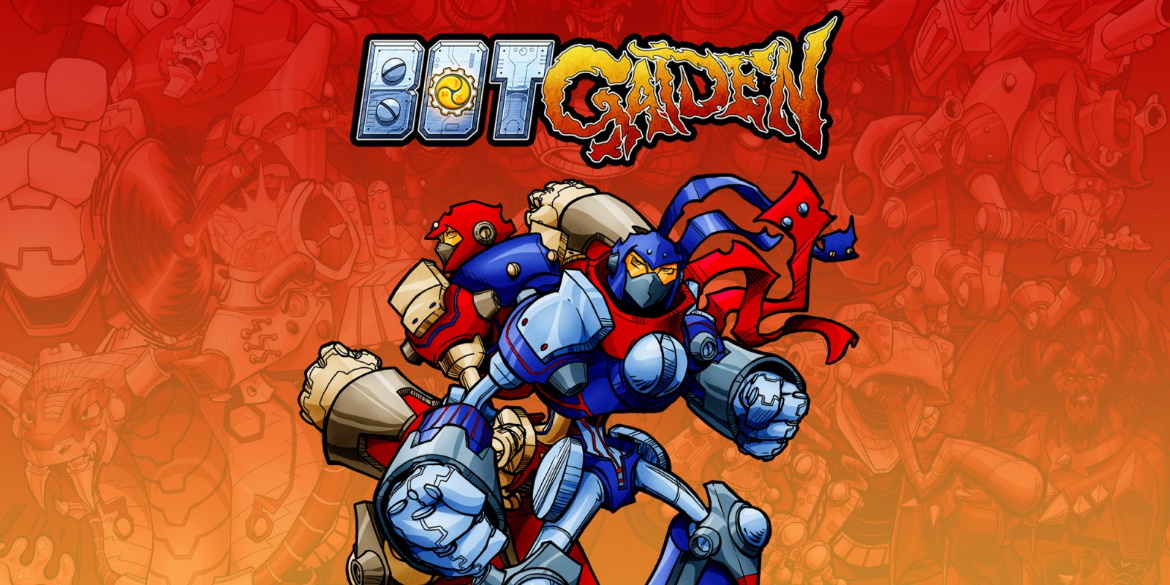 A fun and challenging homage to the NES Ninja Gaiden series

Disclaimer
This Bot Gaiden review is based on a PlayStation 5 copy provided by eastasiasoft.