Delve with Shovel Knight into the depths of the Pocket Dungeon in an action-packed puzzle adventure mashup like none other! Join your mysterious guide Puzzle Knight as you shovel through scads of foes, procure new equipment, and battle bosses both familiar and new. Explore a tale with endless twists and turns, quest as your favorite heroes, and even challenge a friend for fast-paced head-to-head competition in Shovel Knight Pocket Dungeon!

Shovel Knight Pocket Dungeon is a spinoff from the beloved Shovel Knight franchise. Instead of a platformer reminiscent of the Mega Man – and Duck Tales! – series on the beloved Nintendo Entertainment System – that would be the NES – this time, you’ll be taken to a puzzle world in which you’ll have to fight your way in a setup that resembles a match-three puzzle game with an action twist. In this new – and very different! – world, Shovel Knight will be stuck in the Pocket Dungeon until he can recover the missing key parts to escape. 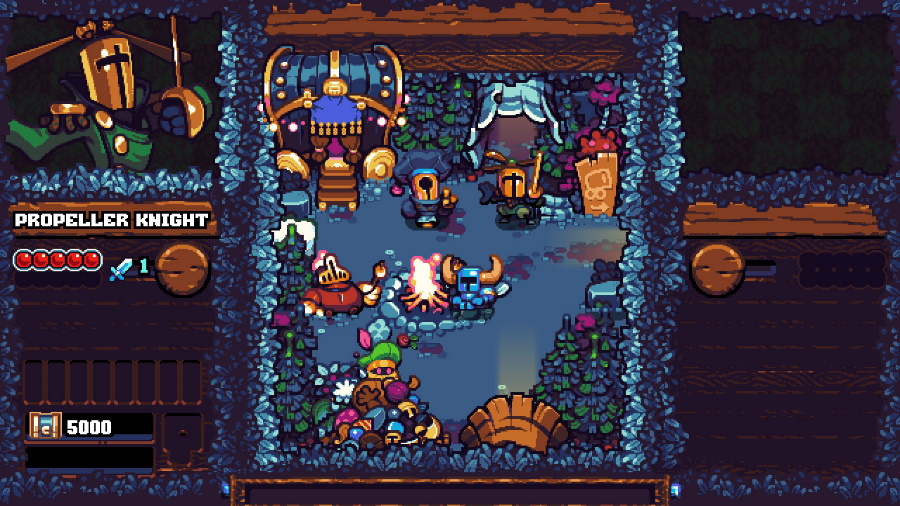 As the game begins, you’ll have to choose between the two options. You can play through Shovel Knight Pocket Dungeon as a roguelite, meaning that every time your character dies, you’ll be back at the camp and will have to restart from the beginning of your run – minus some exceptions that will allow you to make some steady progress. The other one is more forgiving and gives you unlimited lives so that you can more easily learn from your mistakes and carry on with your adventure.

As for the gameplay, it felt similar to a match-three puzzle game, except that, in this case, you have to hit objects and enemies that are falling at varying speeds, which will move at a slower pace when you take a moment to breathe and rethink your strategy. Each type of tile has a different hit points value, which is displayed above it. As you destroy a tile, all of the adjacent tiles of the same type will also be destroyed, so you can take advantage of the tile’s position to hit them and activate a chain reaction. 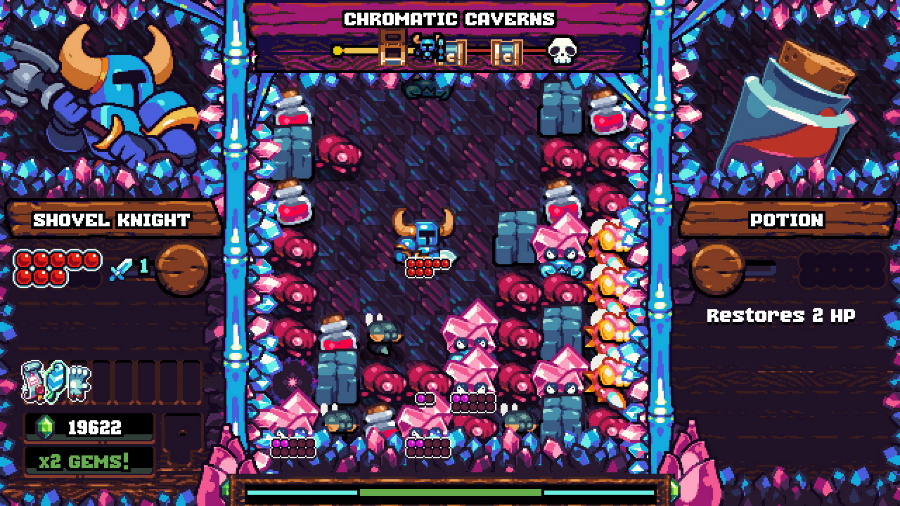 Since you’ll be exploring a dungeon, you can expect to meet enemies in the aforementioned tiles, and they’ll deal damage in return every time you hit them. Your character doesn’t have a lot of HP, so you’ll have to also attack recovery items to replenish your health with potions healing a few points, while the feast that is a fully cooked turkey will considerably heal your wounds. While potions are always plentiful, they aren’t always easily accessible. Since some enemies do a lot of damage every time you hit them, you’ll have to plan accordingly as you hit them once or twice, heal, and then hit them again. There’s a special rhythm to the whole experience, which is why it’s not going to be for everyone.

As you get rid of tiles, you’ll obtain gems that can be spent to unlock new relics that will start to pop during subsequent runs – relics that you’ll also have to purchase during each run so that you can, for example, boost your character’s overall health, increase its attack power, or make it so that when you hit a potion, only one of them is consumed. You’ll also eventually unlock fast travel – which also costs gems on each trip,
and for which you must also first unlock each location by reaching it once and then paying gems to open those travel routes.

Eventually, you’ll also reach bosses, which will be waiting for you at the end of each level stage. You’ll have to analyze a boss’ movement and attack patterns before being able to strike it without receiving too much damage in return. Of course, bosses are accompanied by regular enemies, objects, and recovery items that you will need to chase in order to survive those harder fights! The good news is that after you defeat a boss, it will then be unlocked as one of the additional characters you can play as, and each one will have different abilities or gameplay mechanics for you to consider. 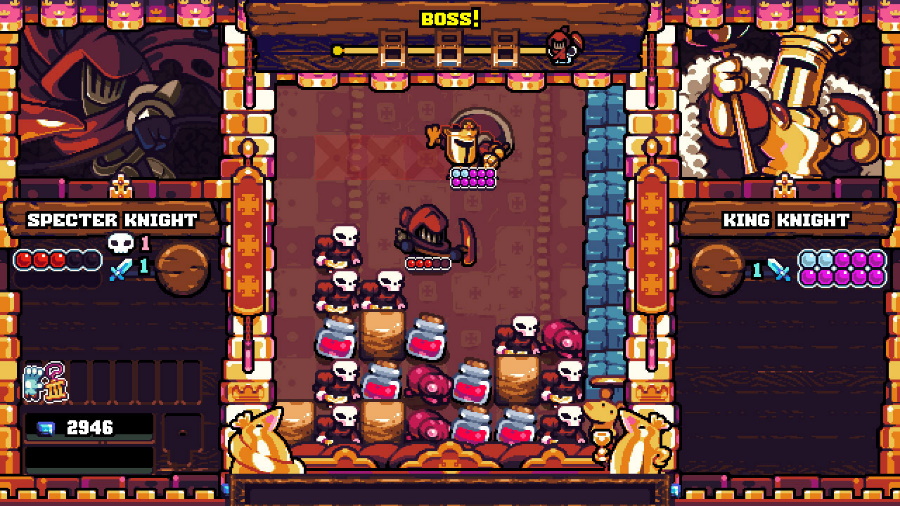 Trophy hunters will be happy to learn that this one has a full trophy list with a Platinum trophy… but it’s not going to be an easy or short trophy run! The list has a ton of trophies for you to work on, with 39 Bronze trophies, 11 Silver trophies, and a single Gold trophy. Along with completing the game as each of the different characters on offer, you’ll also have to complete objectives such as having ten relics on you at once, dealing at least five points of damage with a single hit, slaying ten enemies with a single action, unlocking every costume for a single character, or collecting 100,000 gems in a single run.

Shovel Knight Pocket Dungeon is a fun puzzle game based on the Shovel Knight franchise and characters. It’s certainly a different one compared to the 2D sidescrolling action of the main series, so it’s not going to be for everyone. While the game didn’t click with me, I do understand its potential for gamers that want a heavy dose of puzzles with their Shovel Knight. The game is out on PlayStation 4 with a $19.99 asking price. 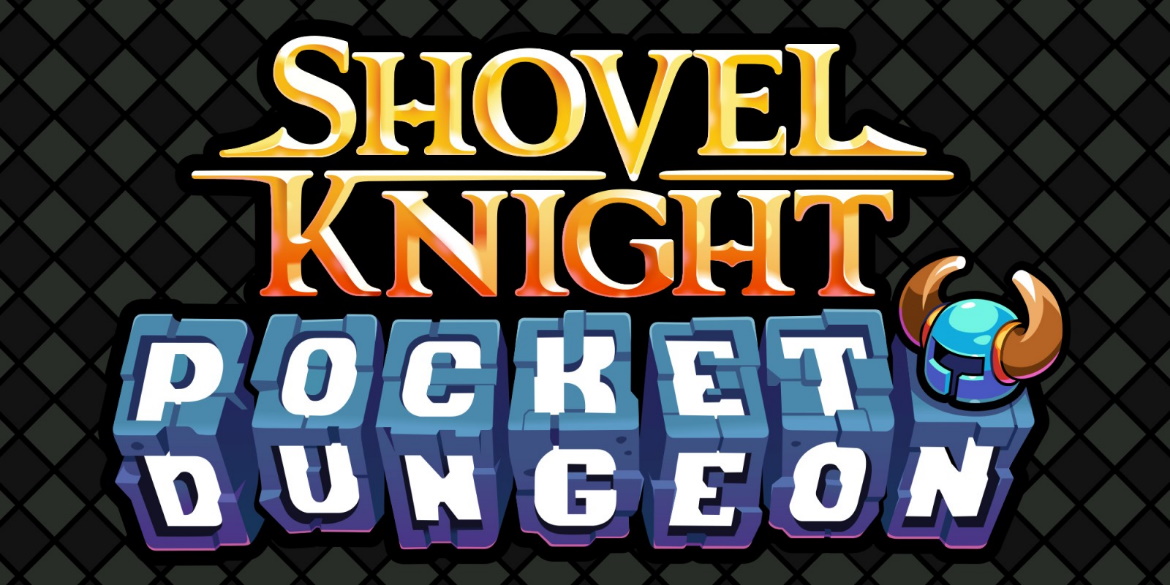 Can you puzzle your way through this new adventure?

Disclaimer
This Shovel Knight Pocket Dungeon review is based on a PlayStation 4 copy provided by Yacht Club Games.