Saint Kotar from Soedesco and Red Martyr Entertainment is a psychological horror detective game set in a cursed valley in rural Croatia. Learn more in our Saint Kotar review!


Saint Kotar from Soedesco and Red Martyr Entertainment is a psychological horror detective game set in a cursed valley in rural Croatia. You’ll be going on this journey alongside Benedek and Nikolay, two troubled men searching for a missing relative in a God-devoted town known as Sveti Kota – Sveti being the Croatian word for Saint. The game offers a pure point and click adventure game experience with two characters to play as. It draws inspiration from games such as Broken Sword, as well as from the works of Edgar Allan Poe, H.P. Lovecraft, and R. W. Chambers. Red Martyr Entertainment took the project to Kickstarter back in 2020, seeking €39,000 in funding for the development of this point and click psychological horror experience. Once the campaign was over, and thanks to the support of more than 1,100 backers, the crowdfunding campaign ended up at over €50,000. Console ports were one of the stretch goals for this one, as was having full voice acting for the game. After launching on Steam in 2021, the game is now out on PlayStation.


If you’re new to adventure games, they’re the type of game in which talking to everyone you meet and exploring all dialogue options is going to be a must. You’ll also need to examine every detail in each of the locations you visit so that you can find the information and clues needed to move the story forward and find out what is really going on. This is also true of Saint Kotar, especially since there’s certainly something lurking in the shadows, waiting for the right time to strike. You’ll control your character with the left analog stick as you interact with objects or characters by pressing the X button. Since there are a lot of points of interest to interact with, you can press the L2 button to highlight them as needed. The items you collect will be added to your inventory, which you can check with the Triangle button. These items will sometimes need to be combined with another item in your inventory or used with interactable objects in the environment. Use the D-Pad to highlight the right action to perform. You’ll sometimes need to take a closer look at the items in your inventory, which you can do by pressing the R2 button. And you can switch between characters by pressing the L1 button.


The game’s focus is more on the narrative side of the equation than on the puzzle side, and that means you’re going to experience a lot of dialogue – with voice acting – as you interact with the different NPC that you’ll run into during your journey. And trust me when I say there’s a lot of dialogue in this one – it’s not a joke! Depending on how many objects you interact with and how much you explore each area, this one is going to take you at least 10 hours to complete – and well over that if you want to see everything that the game has to offer. Saint Kotar has a full trophy list for you to work on as you aim to add one more Platinum trophy to your collection. The list is a long one with 24 Bronze trophies, 16 Silver trophies, and 2 Gold trophies. What will you need to do to make those trophies pop? Along with completing the game’s tutorial segment, you’ll have to collect maps for the sections that the main characters explore, locate one particularly creepy item, learn more about the fate of one character, in particular, read all pieces of paper in the wall of laments, gaining access to the different hidden locations in the game, as well as progressing through the different chapters in the game.


Saint Kotar is a psychological horror detective game that pays homage to classics such as the Broken Sword series. It’s set in a bleak and gloomy town where things are not what they seem. Will Benedek and Nikolay be able to find out the truth? Saint Kotar is out on PlayStation 4 with a $34.99 asking price. There’s also a PlayStation 5 version of the game available as a separate purchase for the same price. 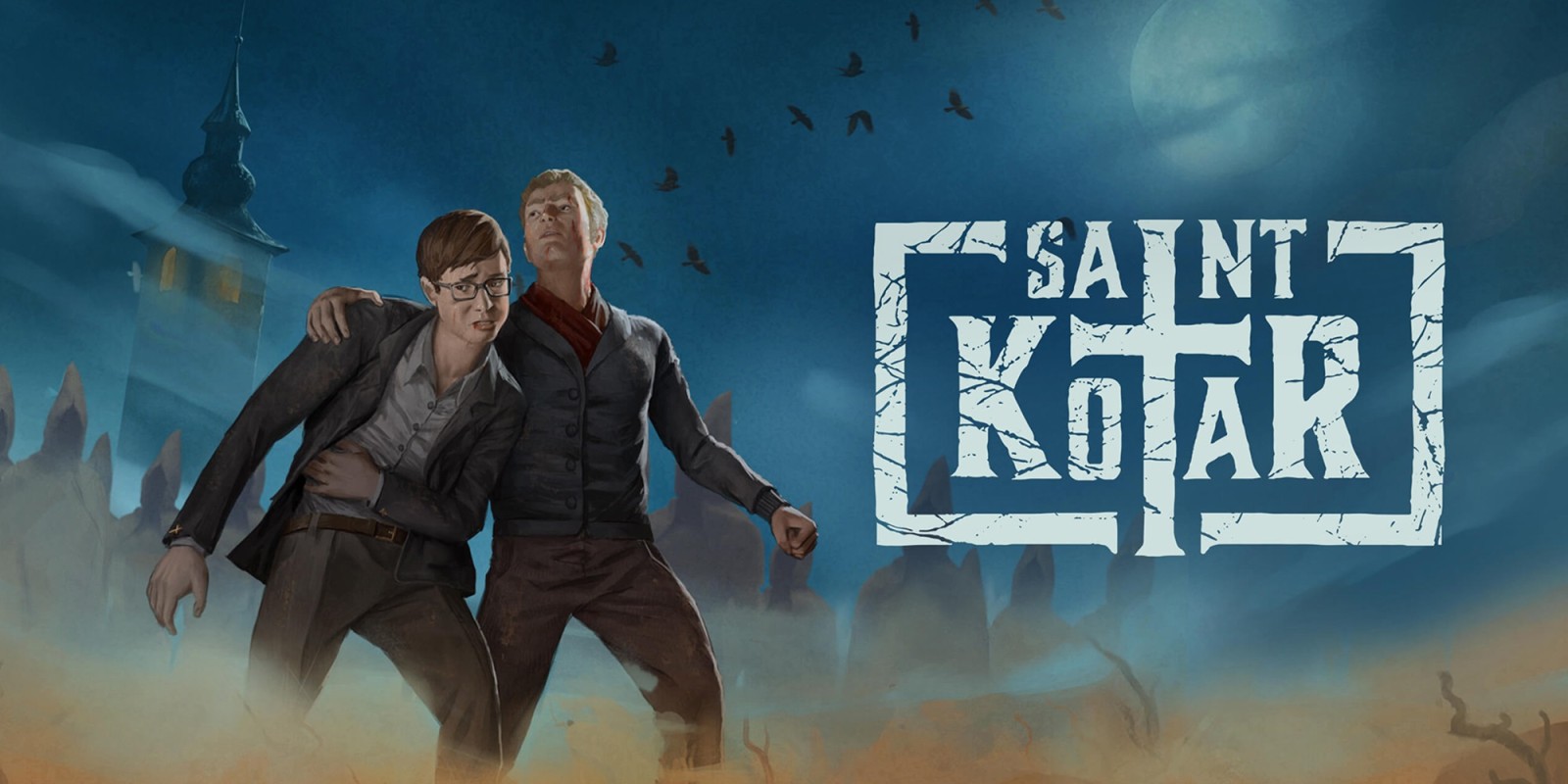 Disclaimer
This Saint Kotar review is based on a PlayStation 4 copy provided by Soedesco.