Beat ’em up Jitsu Squad from ININ Games and Tanuki Creative Studio is an action-packed experience worth checking out on PlayStation. Find out why in our Jitsu Squad review!


Beat ’em up Jitsu Squad from ININ Games and Tanuki Creative Studio is an action-packed experience worth checking out on PlayStation. The wicked sorcerer Origami has summoned a horde of enemies to find the powerful Kusanagi Stone. This contains the soul of a powerful demon, and it can grant its owner immense power. Because of this, four mighty warriors have been called into action. The characters are Hero Yamagiwa, Baby O’Hara, Jazz Amun, and Aros Helgason, and each one will have a different fighting style and different attacks to consider. 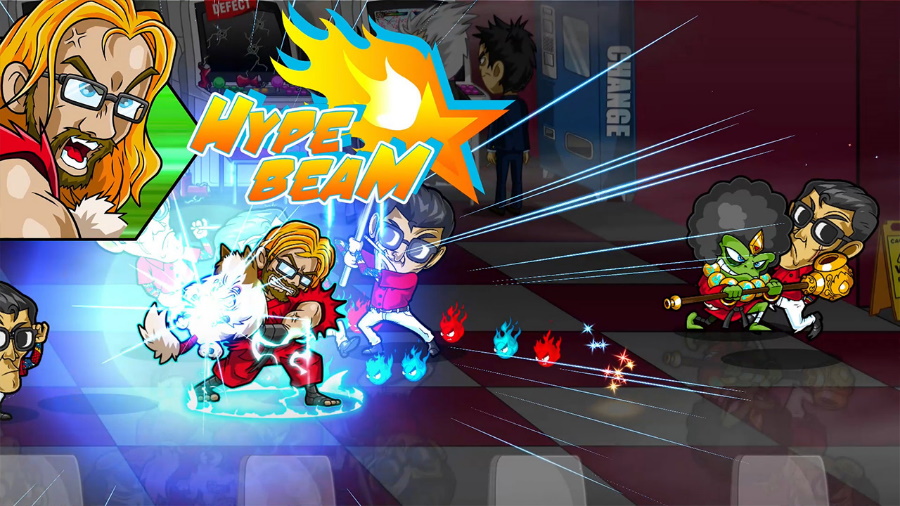 Tanuki Creative Studio brought the game to Kickstarter last year seeking €15,000 in funding to help and bring the project to life. Once the crowdfunding campaign was over, and thanks to the support of more than 1,800 backers, it ended up with almost €110,000 in funding. This allowed the team at Tanuki Creative Studio to not only finish the development of Jitsu Squad, but also hitting a handful of stretch goals along the way – extra content that will be made available at a later date.


The game can be played in one of three difficulty settings: Apprentice, Warrior, and Master. The higher the difficulty, the bigger the challenge, with more aggressive enemies that deal more damage. You will then take on the Classic Mode as you give it your all. After beating the game you’ll unlock Tag Team Mode. I suggest that you play in Tag Team Mode after beating the game so that you can take all characters for a spin at once! 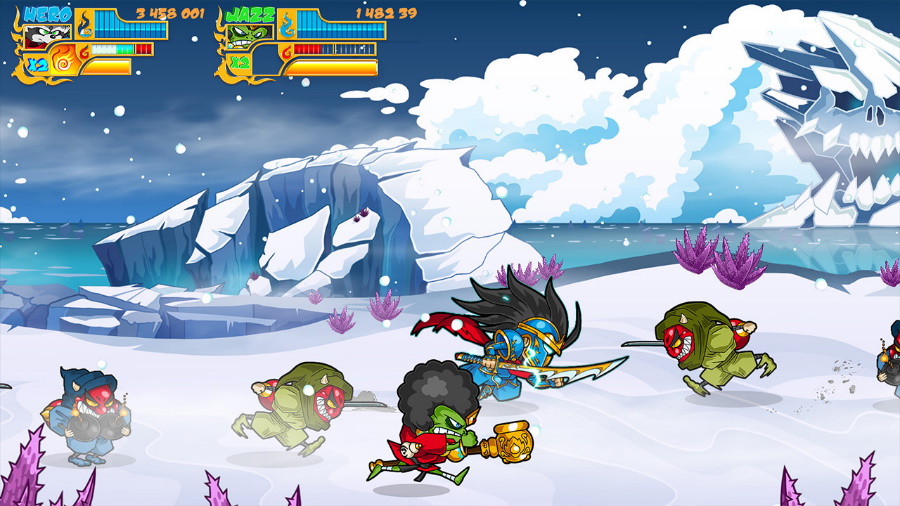 Jitsu Squad does a great job of teaching you all of the basics by way of its extended tutorial. You’ll be sent straight into the tutorial as soon as you’re done selecting your character(s) and start a new game. It’s there that you’ll learn all about controlling your character, unleashing combos, performing delayed attack combos, special attacks, parrying, adding Mighty Allies to assist you in combat, secondary weapons, special attacks you can unleash by inputting a quarter circle motion and the attack button, and more.


You’ll control your character with the left analog stick or the D-Pad, jumping with the X button and attack with the Square button. This button will also be used to pickup any items. Weapons can be used with the Triangle button. You can activate your super with the Circle button. Press the R1 button to grab an enemy so that you can then attack or throw them. The R2 button is for parrying incoming attacks, so that you can then unleash a counterattack. For each successful parry, you’ll start a parry chain while also gaining a 10% boost to your attacks. The L2 button is for tagging, so that you can bring another character into action. If you see a Mighty Ally icon, you can grab it with the R1 button to bring it into action. And if you manage to absorb enough energy, you can activate your fury to transform into your special fury state – that is, once you’ve unlocked this skill! 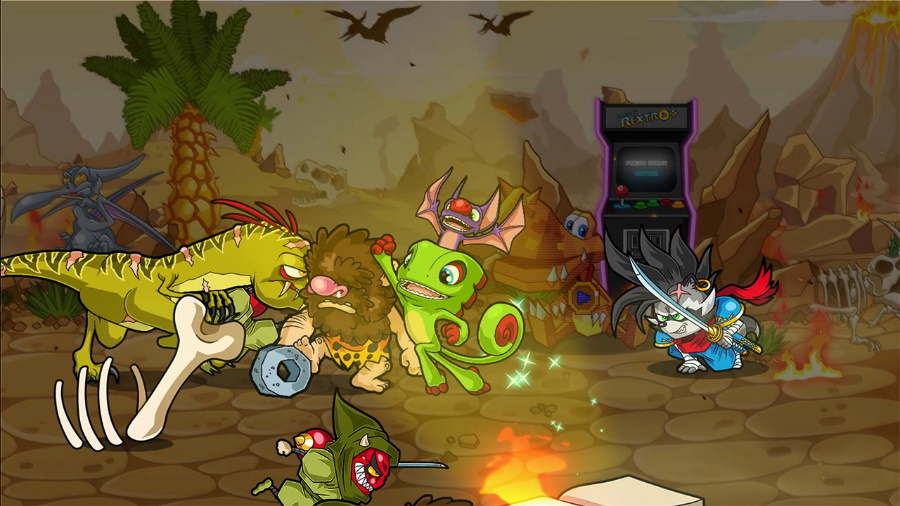 As you defeat enemies, you’ll get to unlock new special abilities by collecting the scrolls dropped by opponents to level up your character. You can add an upwards slash that can help you juggle enemies, the aforementioned special attack that can be used with the Circle button, or a special technique that is activated by pressing down on the left analog stick or the D-Pad and the Square button. You’ll always know how many scrolls you need to collect before leveling up again thanks to the handy counter that pops on top of your character whenever you grab another scroll.


Want to learn more about the trophies? The list includes 22 Bronze trophies and 8 Gold trophies, which means that this one also has a Platinum trophy waiting for you! Thropies will pop at a steady pace a you complete the boss battle at the end of each level, all while you complete some miscellaneous objectives along the way. You will get other trophies for completing the game with each of the four warriors, for getting a combo of 75, 150, and 250 hits – Hint: this is easier to do while playing as Baby O’Hara – for entering fury mode with each character, as well as for finding and activating the Yooka-Layle Mighty Ally assist. 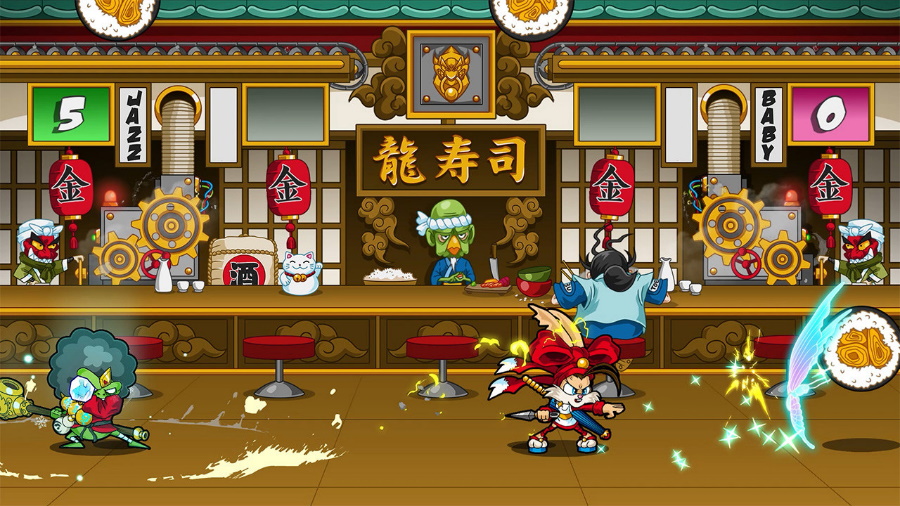 Jitsu Squad is a colorful and fun beat ‘em up that pays homage to the classics while managing to do its own thing. As Hero Yamagiwa, Baby O’Hara, Jazz Amun, and Aros Helgason give it their all to defeat the evil sorcerer Origami and its horde of creatures, you’ll be enjoying the high-count combos as you level the character of your choice to unlock new skills and abilities that can be linked into the aforementioned combos, all while trying to stay alive, collecting healing items and maybe grabbing a 1up or two along the way. Jitsu Squad is available on PlayStation 4 for a $29.99 asking price. There’s also a PlayStation 5 version available as a separate purchase for the same price. 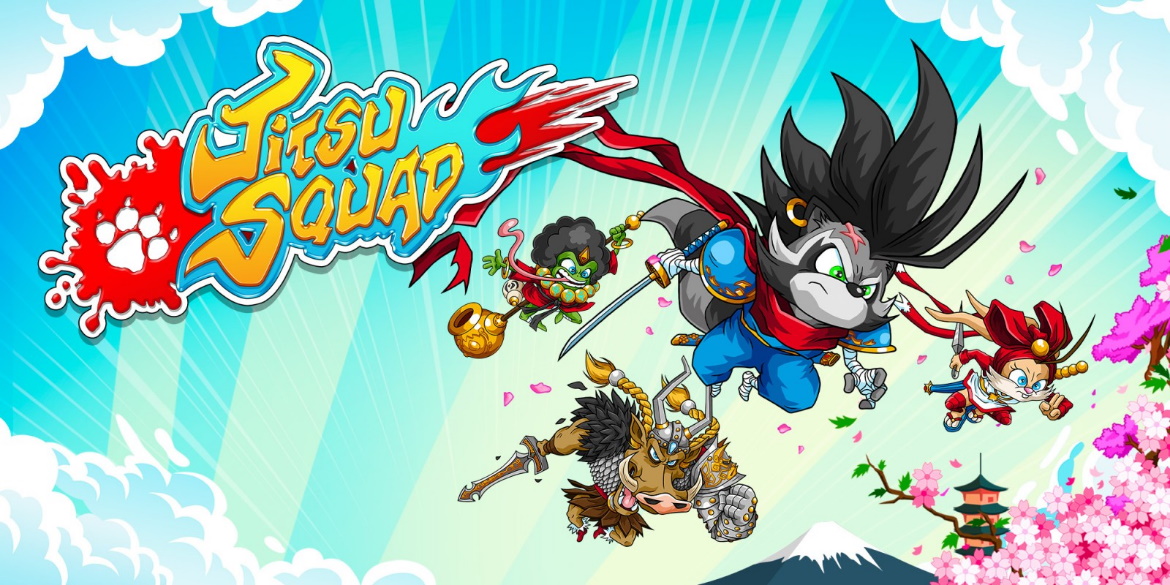 Combotastic beat 'em up on PS4

Disclaimer
This Jitsu Squad review is based on a PlayStation 4 copy provided by ININ Games.