Swordship from Thunderful and Digital Kingdom is a futuristic fast-paced roguelite dodge ‘em up on Nintendo Switch. Learn more in our Swordship review!


Swordship from Thunderful and Digital Kingdom is a futuristic fast-paced roguelite dodge ‘em up on Nintendo Switch. The world is submerged, and the remaining lands are barren and inhospitable. Because of this, humanity has ended up taking refuge in three massive underwater cities on the ocean floor. Those that have been expelled from these cities struggle to survive in the wastelands, which is why they end up attacking the containers that help to sustain the trade between the three cities for all of its inhabitants to survive. You’ll take on the role of the pilot of one of the many vessels that are used to steal said containers in order to distribute their contents among those in need. 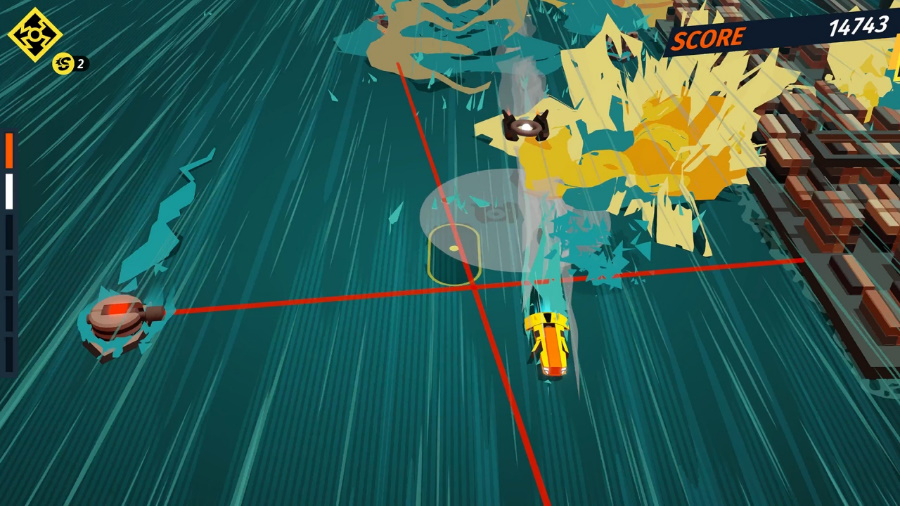 The game’s overall look and feel reminded me at times of the excellent WipeOut series of racing games, given its futuristic nature and how a split-second decision can make or break your highspeed run. You must always remain on high alert and constantly move around the screen so that you can stay one step ahead of the many enemies and hazards on your path. Tricking drones into firing onto deadly turrets is just the tip of the iceberg, as you also work on tricking said turrets to fire onto other turrets, activate a proximity bomb to go boom close to an enemy, or dive out of harm’s way for a moment just as an attack was about to hit you.


The controls for this roguelite are simple and to the point. You’ll pilot your vehicle with the left analog stick, diving into the water with the A button to avoid incoming attacks or enemies. Since this is a roguelite, that means that for every run you complete, you’ll slowly be making some progress, unlocking new potential upgrades and new abilities you can use with the Y button. You can even end up having access to a powerful bomb that can be launched with the B button… if you have one on you! Time things just right, and you can get a combo started by defeating enemies with style as you avoid being sent crashing onto the ocean floor. 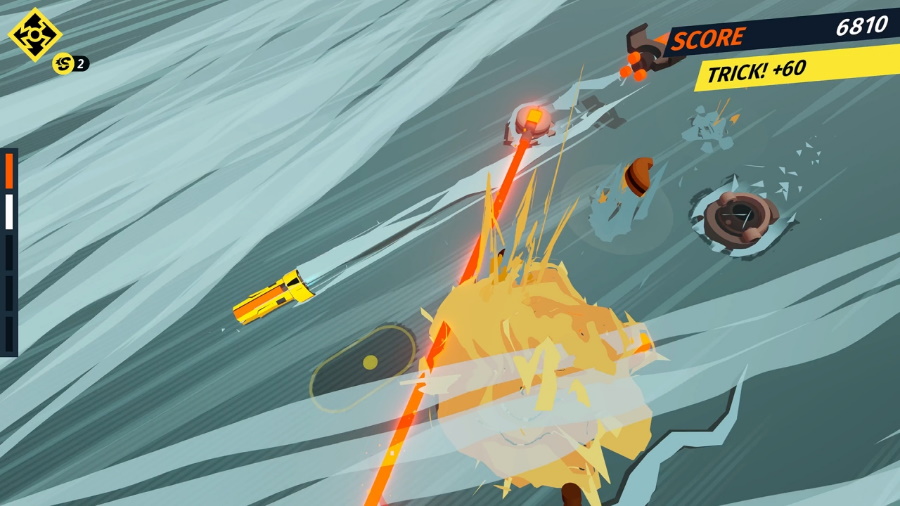 You need to pay attention not only to the enemies and hazards on your path but also to the shiny yellow prompts that will let you know that a container is up for grabs. You’ll have to line your vessel on top of said yellow line so that you can grab the container, all while avoiding being destroyed in the process. As you play through each level, you’ll also need to keep an eye out for the yellow delivery points that will spawn. You need to get your vehicle on top of them to send a container toward its destination in one piece, all while you boost your score. 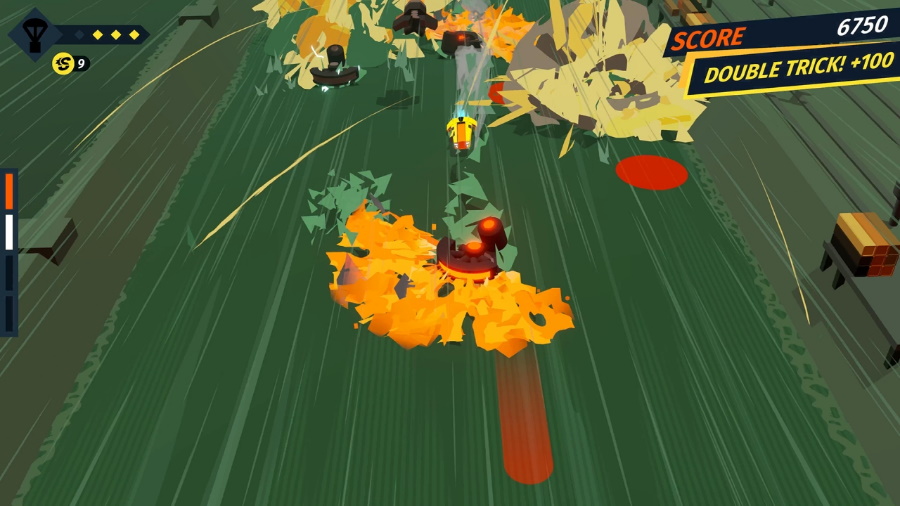 Swordship is a fun and challenging roguelite dodge ‘em up that will always keep you on high alert as you try to improve your skills to progress to the next city. And then you try to get good enough to move to the next city. And then on to the next one. You must collect enough containers to gain extra lives and add some upgrades to your ship. And when you’re defeated, you’ll get some extra progress by way of the ships you unlock, as well as the extra upgrades and abilities that you can use for subsequent runs. Swordship is out on Nintendo Switch with a $19.99 asking price. 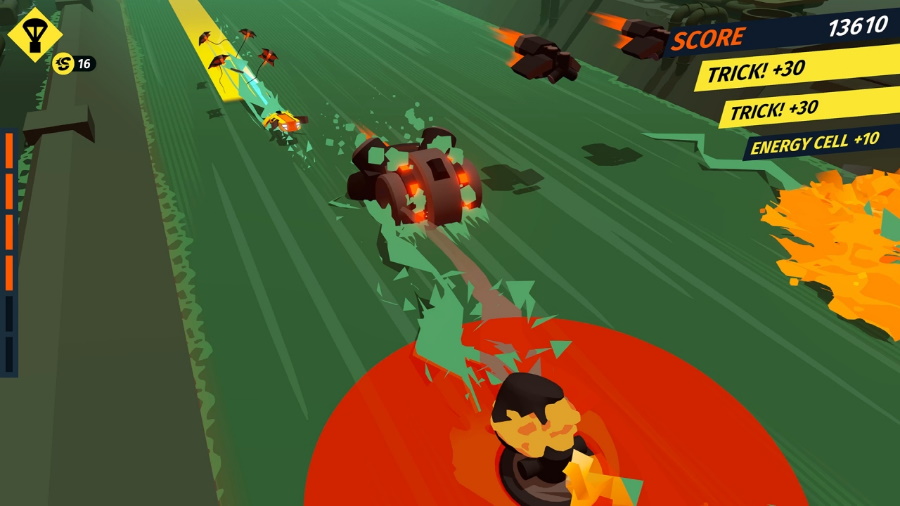 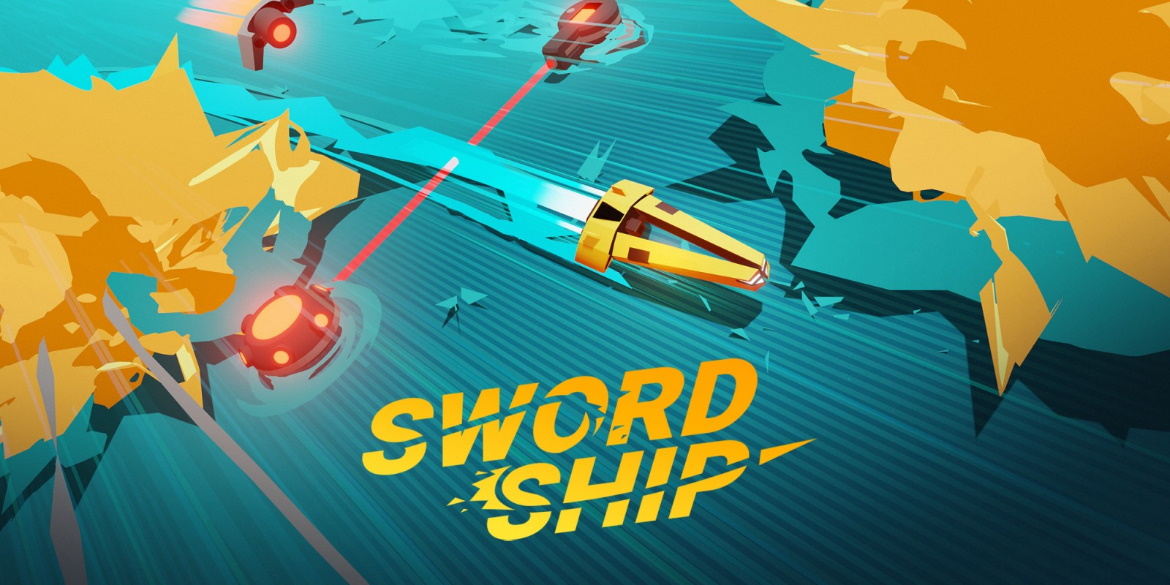 Disclaimer
This Swordship review is based on a Nintendo Switch copy provided by Thunderful.