Orbital Bullet from Assemble Entertainment and SmokeStab is a fast-paced 360-degree 2D roguelite action shooter on Nintendo Switch. You’ll be moving through cylinder structures as you destroy every enemy in sight. Each procedurally generated planet will throw a variety of enemies at you, and they’re all deadly. Thanks to how each section of a level wraps around, you can shoot at enemies with most weapons from a safe distance as your shots circle around the area. It’s a game with an addictive gameplay loop that will keep you coming back for just one more run. 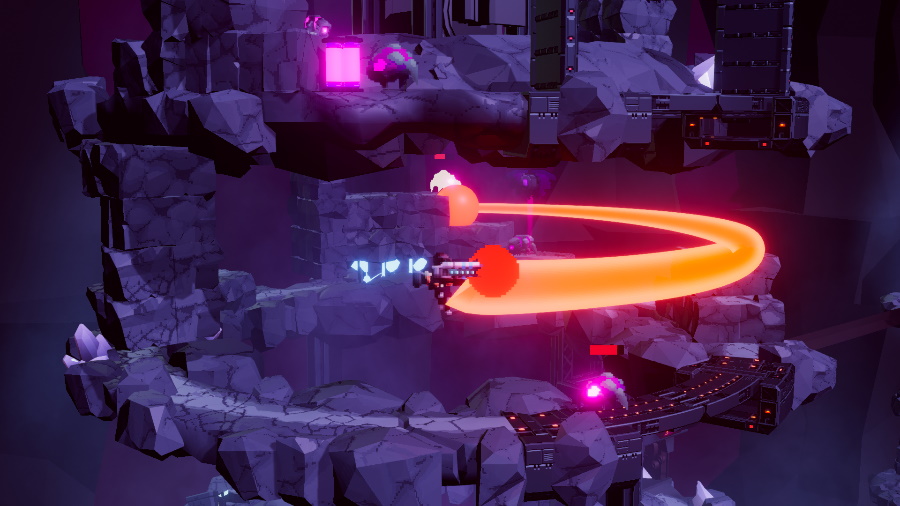 Ammo is very limited, so you’ll need to make every shot count! Sometimes it will be best to attack enemies by jumping on top of them to eventually defeat them after stomping on them several times. Because of this, picking up an extra weapon is always a good choice. When destroying enemies, some of them will drop ammo for your weapons. You can also destroy ammo boxes to reload your arsenal. You should always try to have one long-range weapon and another one to attack enemies that get too close to comfort… with a weapon that packs a punch.


And along with that, you can also find temporary perks in each level to aid you during that run. You could find one to boost your base damage by 5%, one to increase your critical hit chance, or one that adds a small chance that your ammo will stun an enemy. The longer your run, the better your odds of getting a more powerful perk to add to your collection. That is until you’re eventually defeated. 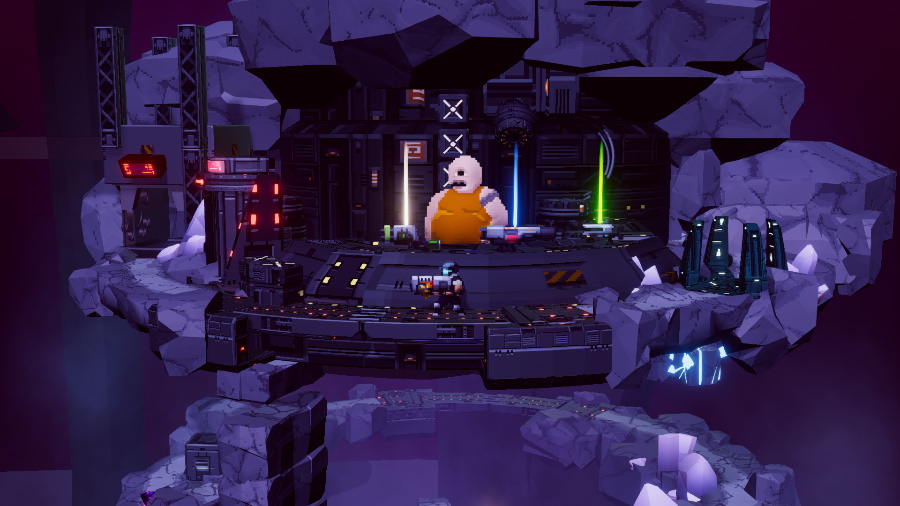 You’ll control your character with the left analog stick or the D-Pad to move left, right, or crouch as needed as you jump and double jump with the B button. The Y button with be for shooting, and the A button will be for dodging. You can switch between weapons with the ZL button. The ZR button can be pressed to use your current active item – more on that in a bit. You can interact by pressing the X button. If you’re hurt, you can activate the medi-backpack to heal your wounds. If you need to check where you are, just press the – button to open up your map.


As you progress through each run, you’ll be making some progress in your overall journey. There’s a skill tree where you can unlock and upgrade a variety of permanent perks by way of skill points to help you during subsequent runs. On top of that, there’s an additional skill tree for each run where you can unlock additional perks for that run alone. There is, for example, Enhanced Explosion Radius, which will make explosions have a much larger area of effect. Another useful perk is Life is Key, which makes it possible to pay with health points when you don’t have a keycard on you. Then there’s Credit Master, which makes it possible to deal more damage when you have more credits. 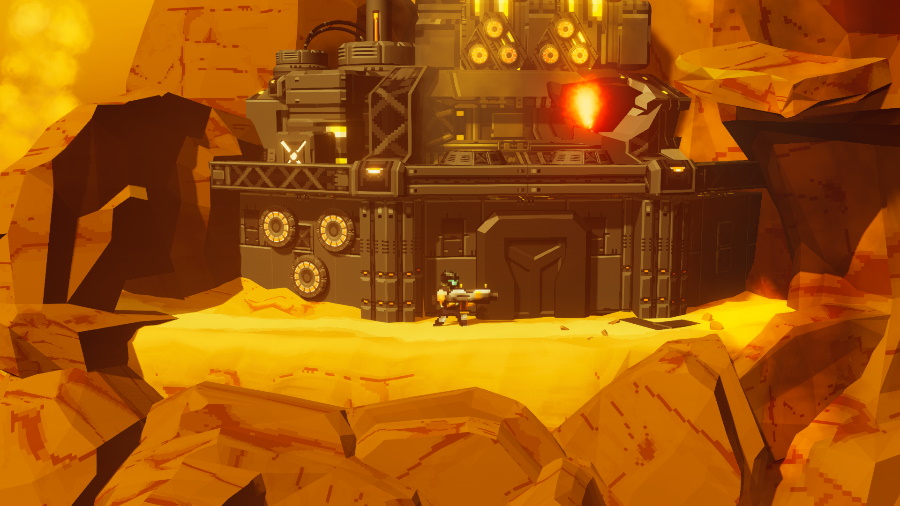 Credits are what you receive when you defeat enemies and complete each section, and it’s thanks to credits that you will be able to purchase an item or two during your run. Grab a keycard to open a door, get yourself a new weapon – maybe a short-range shotgun that packs a punch? – or purchase a medkit to heal some of your wounds. There might also be a perk in there for you to buy, and since you can never go wrong with, say, a perk that increases your overall health, you might as well go for it!


There are several missions to complete during your time with Orbital Bullet. Some require you to defeat specific enemies during your run, which act as mini-bosses and bosses. There are some for surviving through Health Rifts or Time Rifts with a three-star rating. You could also complete a mission by getting a combo with a value of 40 or collecting some blueprints. Having a long run that can allow you to find a secret room, a secret elevator, or a secret chest is also part of the equation. 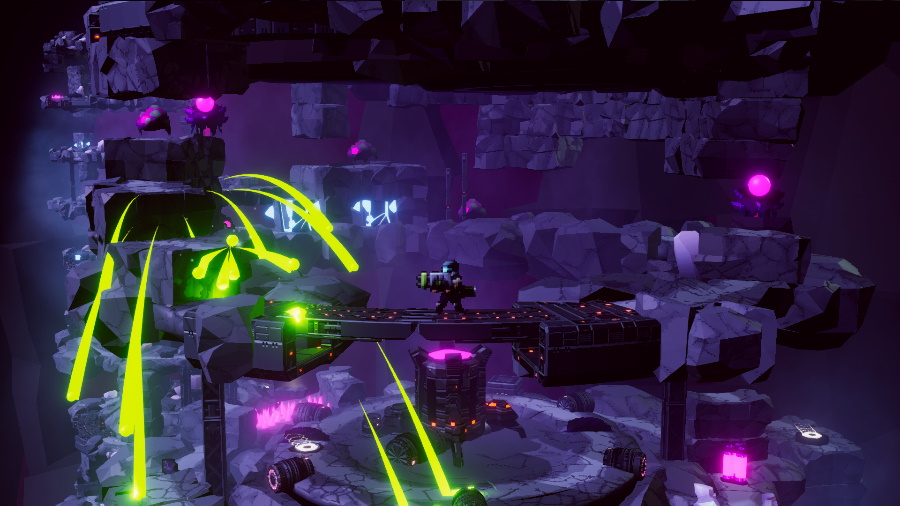 Orbital Bullet is a fast-paced 360-degree 2D roguelite action shooter that is a lot of fun on Nintendo Switch. Its gameplay loop will quickly hook you and keep you coming back for “just one more run” over and over again. One complaint about the game is that in its transition from PC to Nintendo Switch, the text was left at the same size. This is often the case for most PC to console ports, and it makes reading all information a hassle. Other than that, this is one you’ll have a blast playing at home or on the go. Orbital Bullet is out on Nintendo Switch with a $19.99 asking price. 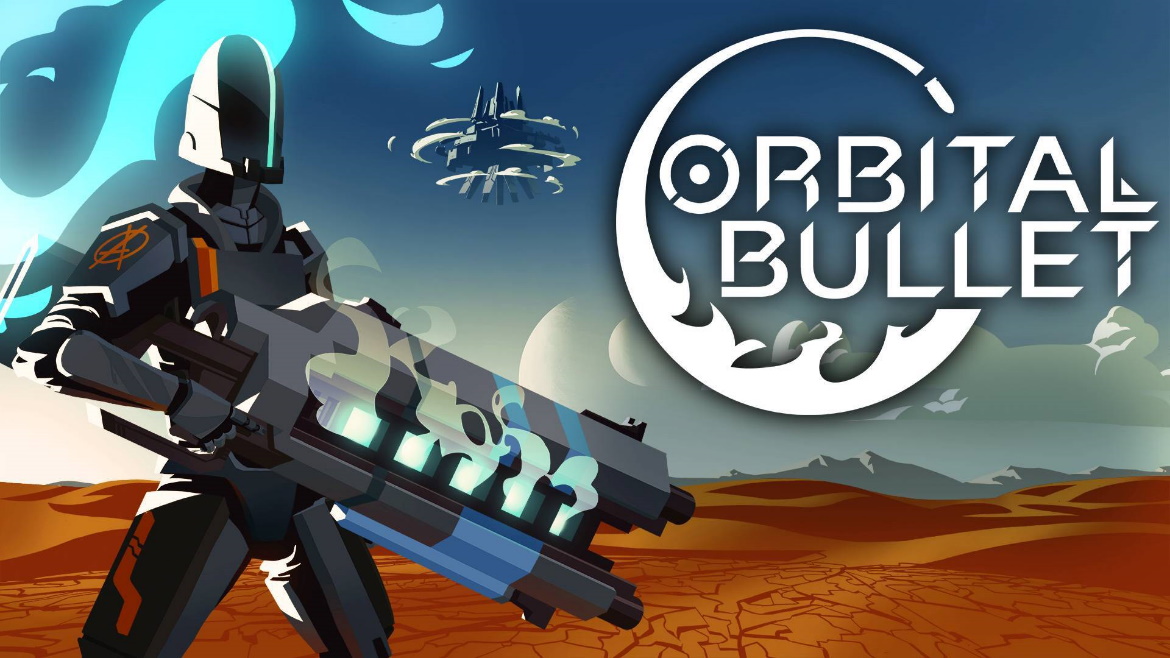 Disclaimer
This Orbital Bullet review is based on a Nintendo Switch copy provided by Assemble Entertainment.