Live by the Sword: Tactics from Labrador Studios is an old-school-style tactical strategy RPG on Nintendo Switch. The game takes place after the fall of the land, and you’ll be joining two brothers who must work their way through the Kingdom to keep it from falling back into conflict. They won’t be doing this on their own since you’ll get a chance to form a group of heroes with a variety of classes and skills at your disposal. By planning things just right, you’ll be able to balance your group to maximize its potential. Live by the Sword: Tactics started its journey as a board game that ended up morphing into the videogame experience now available on Nintendo Switch. 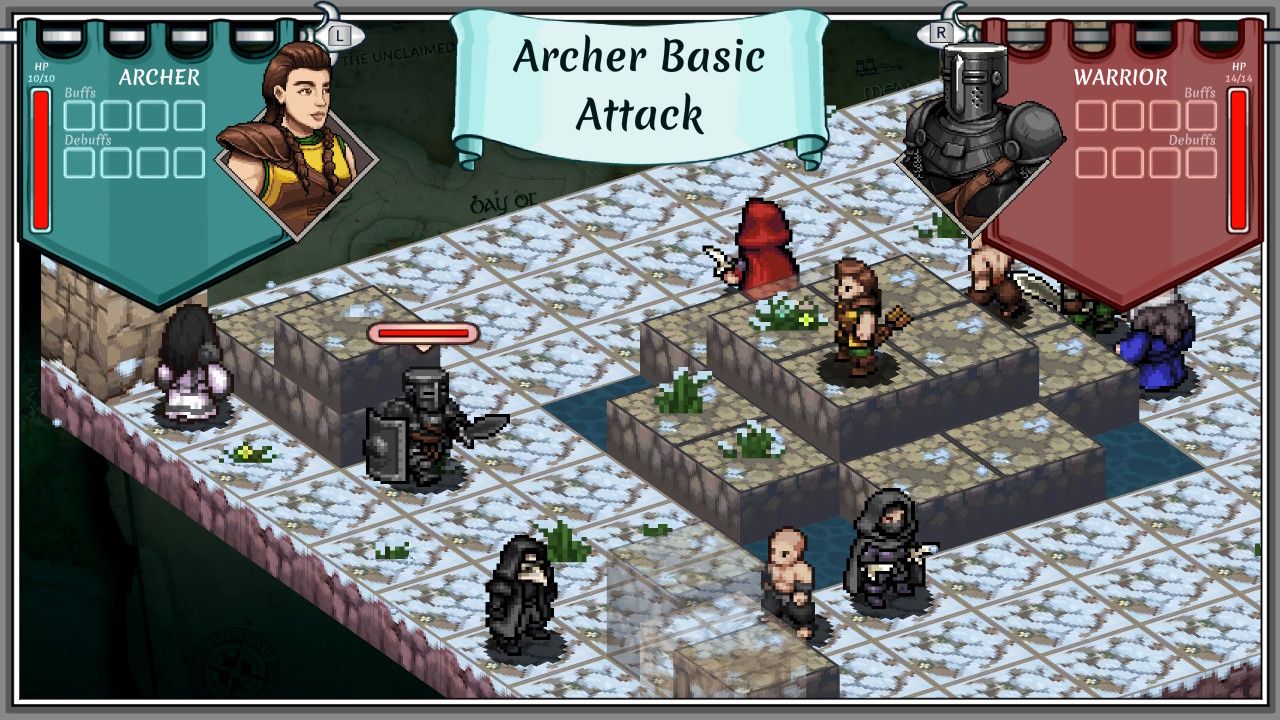 The game does things differently from most tactical strategy RPGs out there since your characters won’t be able to level up your characters by way of experience points. There also won’t be some overpowered pieces of equipment to boost their stats to the sky… because there’s no equipment in this one! You’ll need to make the most of your tactical skills to overcome even the worst of odds. How will you play through Live by the Sword: Tactics? You can play this one in Story Mode, go into Adventure Mode, or dive into Tactician Mode.


Story Mode is the main option, and you’ll get to uncover the evil plot that aims to send the land into turmoil. By unlocking Adventure Mode, you will be able to build the world around you as you explore it. As for Tactician Mode, once you gain access to it, you’ll be able to take on special battle scenarios that will have different win conditions. The game can also be played in local or online multiplayer for two players, so there are certainly plenty of options for you to get your tactical strategy RPG groove on. You can also battle against the AI to practice. Adventure Mode unlocks once you’ve completed Act One of Story Mode, while Tactician Mode opens up once you’ve completed Act Two. 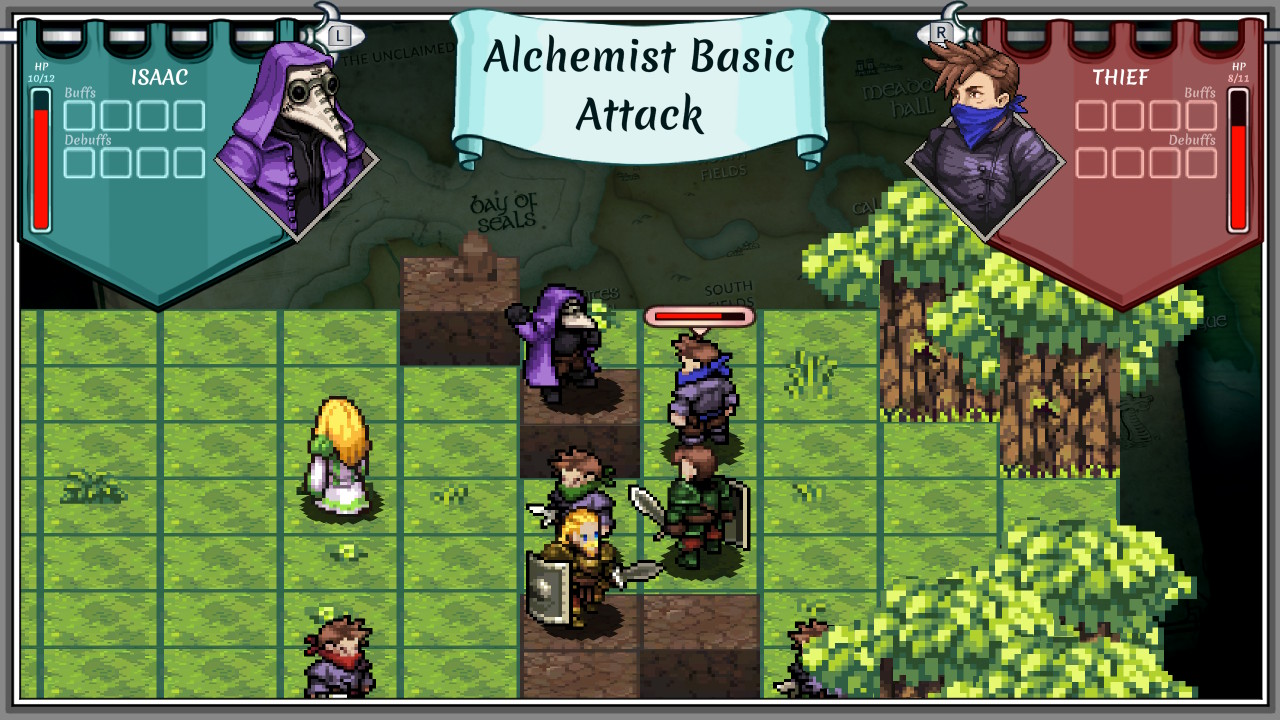 Once you enter battle, you will move a cursor around the screen with the left analog stick or the D-Pad. You can rotate the camera with the right analog stick as needed so that you can get a better view of things. To inspect the currently active character, just press the L button. If you want to inspect a target unit, then the R button is the one you’ll need. The Y button will give you access to your bag, from which you can use items to help you succeed in battle. Oh, and thanks to this one being on the Nintendo Switch, there’s also the option of using the console’s touchscreen to play when in Portable or Tabletop Mode or if you’re playing this one on a Nintendo Switch Lite.


Something important to consider is that unlike many of the tactical strategy RPGs you’ve probably played by now, for Live by the Sword: Tactics, there is an active battle order to consider. This will be displayed on the right side of the screen, with units presented in the order that they will take their turn. This can be affected by way of buffs and debuffs, but at least the list gives you a general idea of how many risks you can take when selecting where to place a unit and if it should attack or use an ability. 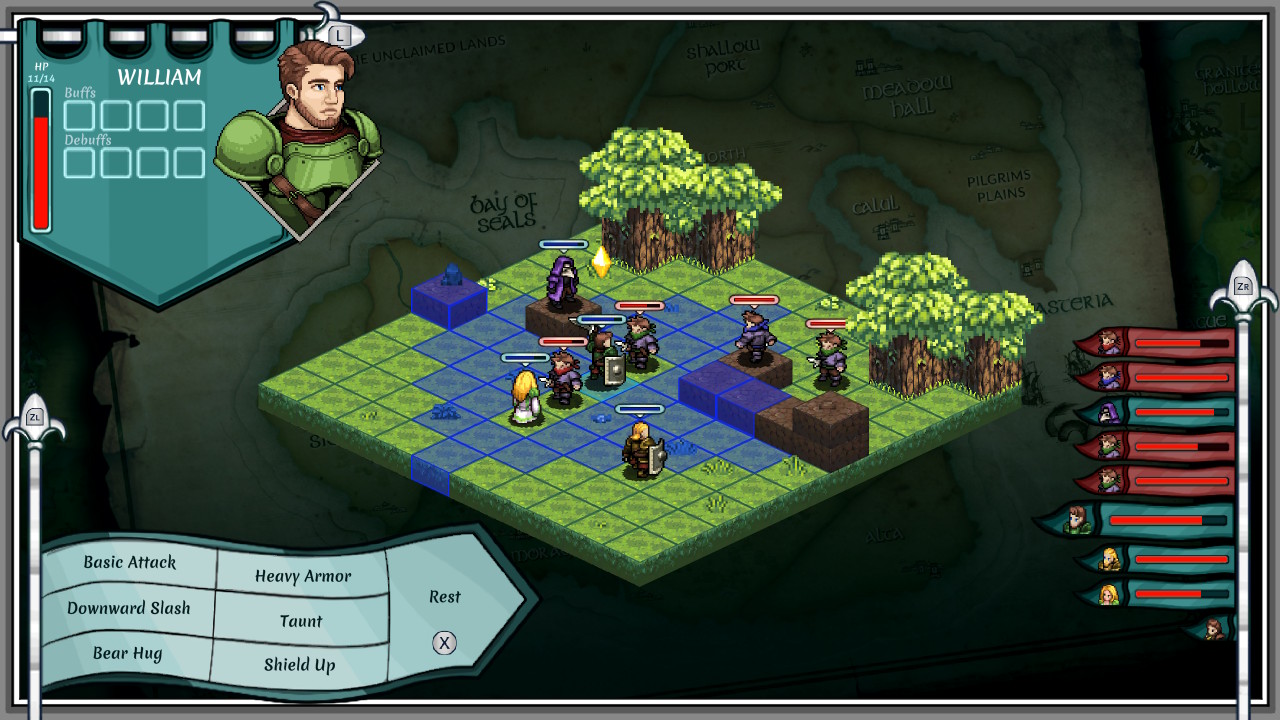 Depending on a character’s class, it will have access to short-range or long-range regular attacks, as well as a pool of special abilities to choose from. Right now, each character class has six different abilities from which they can bring four into battle, but a future content update will add two more abilities to said abilities pool. There will also be more classes added at a steady pace. And what’s available right now? The classes include Assassin, Alchemist, Archer, Brawler, Medic, Warrior, and Wizard.


Each of these classes in Live by the Sword: Tactics also has different starting stats to keep in mind for their HP, movement, speed, and basic attack power. As for what each class can do, the Assasin is a nimble character that is always a threat, dealing extra damage to Medics and Wizards. The Alchemist can create potions that can heal allies and harm opponents, as well as apply buffs and debuffs. The Archer is great for long-range attacks from a safe distance while also making the most of higher ground.

The Brawler is mighty at close-range, and it can use up to two abilities during a single turn as long as each ability uses a different fist! The Medic is going to be a must in your group since it can heal the wounds of those that are on the frontlines, keeping them in the battle for longer. The Warrior is a powerful tank character that can protect allies while keeping enemies in check, and thanks to its heavy armor, it can sometimes reduce incoming damage by half. The last class is the Wizard, the slowest character of the bunch, which makes up for this by having access to a variety of abilities that deal a ton of damage. 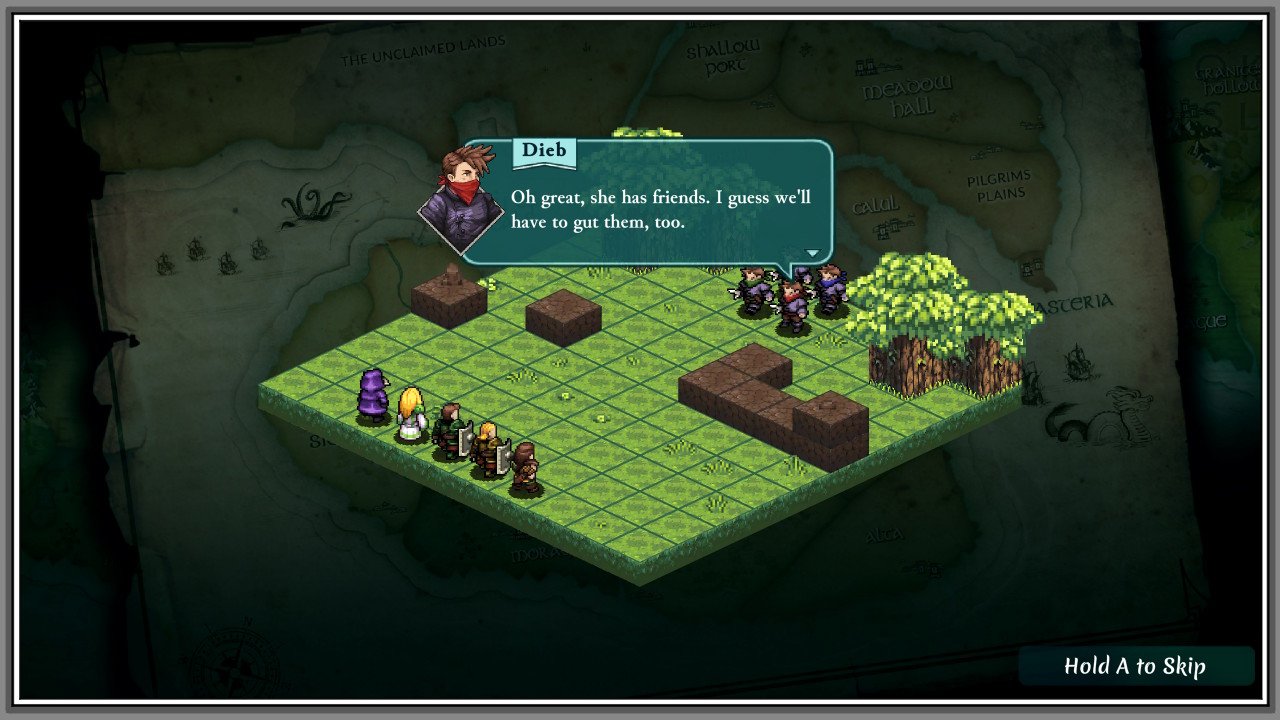 Live by the Sword: Tactics is a fun old-school infused tactical strategy RPG on Nintendo Switch with a good challenge that does not ever make the game feel overwhelming. There’s a good variety of game modes to take on, from Story Mode to Adventure Mode to Tactician Mode, as well as being able to practice against the CPU as well as battle against another human player. The team at Labrador Studios has shared a content roadmap for how the game will be updated from this month and beyond. The first update contemplates a complete rebalance of all classes and some quality-of-life improvements for the game, along with ranked online and a board builder. After that, there’s a major content update on the horizon at a steady pace, with new characters – Bard, Paladin, Berzerker, Trapper, Geomancer, Aether Knight, Necrolass, Owlcaster, and Siren – new adventures, and more. 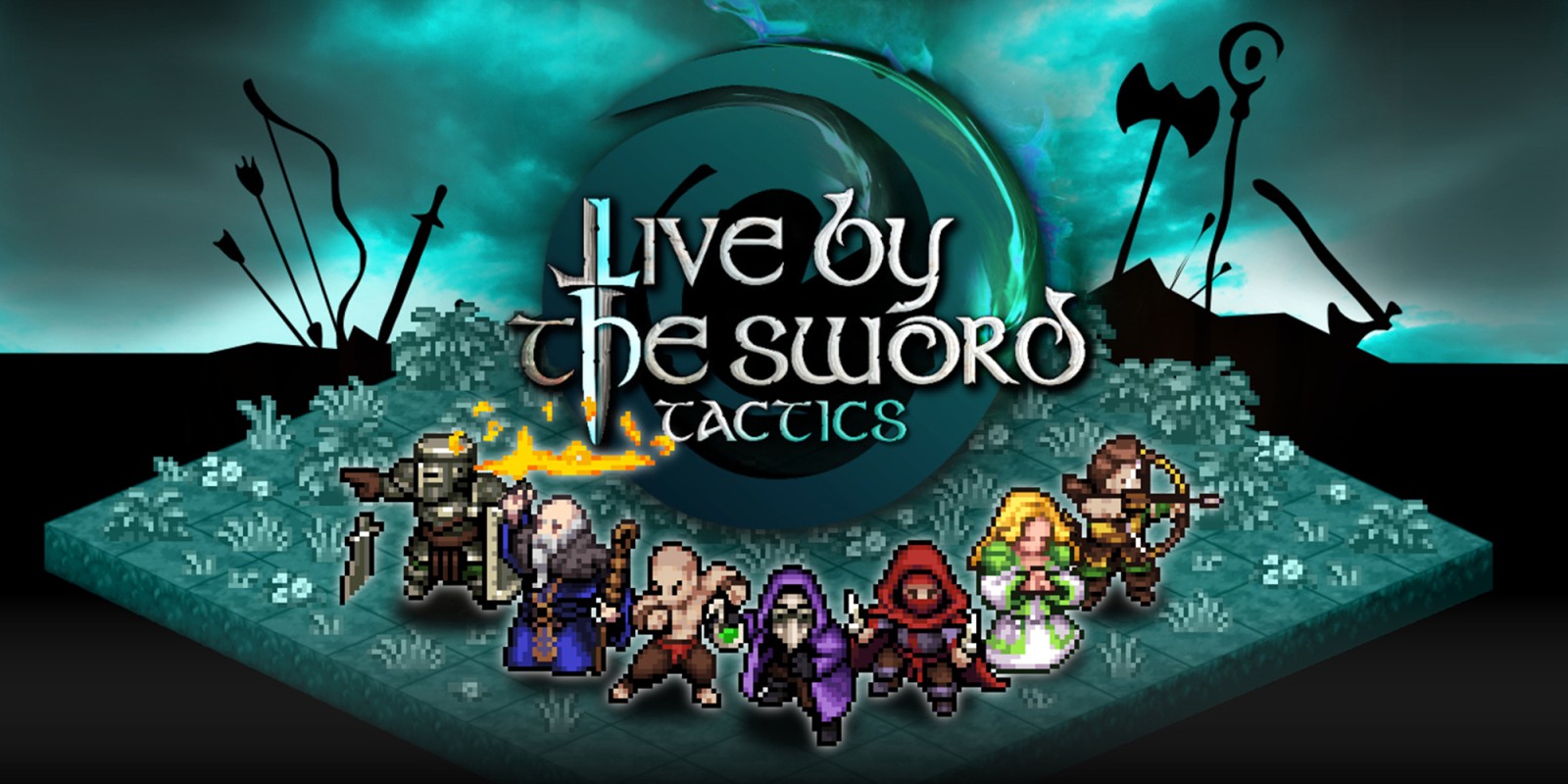 Live by the Sword: Tactics Review

Disclaimer
This Live by the Sword: Tactics review is based on a Nintendo Switch copy provided by Labrador Studios.

Colossal Cave Out Next Month