Kao the Kangaroo from Tate Multimedia brings back the classic 3D adventures of the Australian roo protagonist to a new generation. The original Kao the Kangaroo from X-Ray Interactive and Titus Interactive was released way back in the year 2000 for the beloved Dreamcast, so it’s definitely been a while! This new release has been designed as a love letter not only to the Kao the Kangaroo series but also to the golden age of 3D action platformers, giving us a fast-paced, colorful, and fun 3D action platformer that does feel like a 3D game for the year 2022. 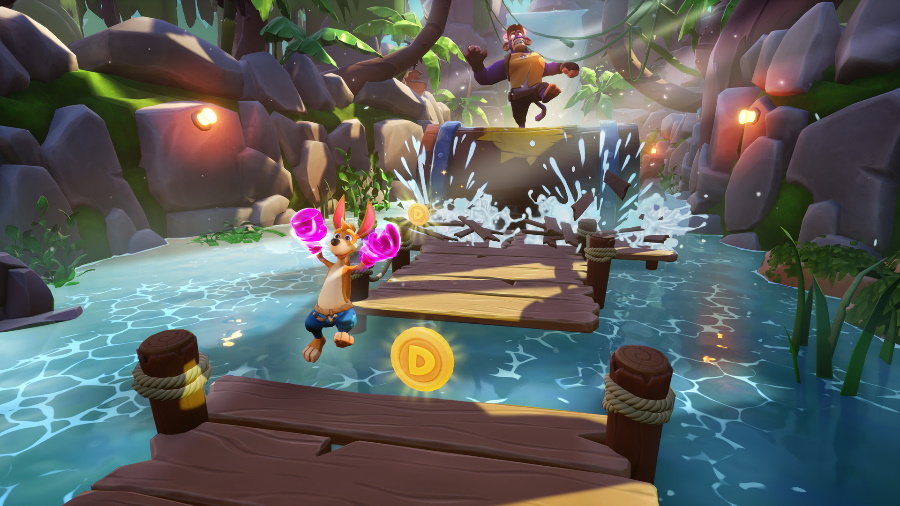 Kao the Kangaroo will remind you of 3D platformers such as Crash Bandicoot and Spyro the Dragon, as well as more recent entries in the genre, as is the case for, say, A Hat in Time or Yooka-Laylee. It has a solid art style with a colorful presentation that helps to make everything pop. You’ll explore each level in search of all of the collectibles as you slowly move closer to completing 100% of the game. You’ll unlock new elements for Kao as you progress through the game, and these will come into play as you aim to see everything that this one has to offer.


If you’ve played a 3D action platformer before, then you know what to expect from Kao the Kangaroo as far as the controls are concerned. You’ll control the titular character with the left analog stick, moving the camera around with the right one. Kao can jump – and double jump – with the X button. The Square button will be for punching with Kao’s mighty boxing gloves for a three-punch combo. If you press it while in the air, Kao will use a tail attack. The Triangle button is for the finisher attack. Kao will gain access to different charges for his gloves, and you can change between them with the L1 and R1 buttons. If you grab an enemy, then you can throw it with the R2 button. 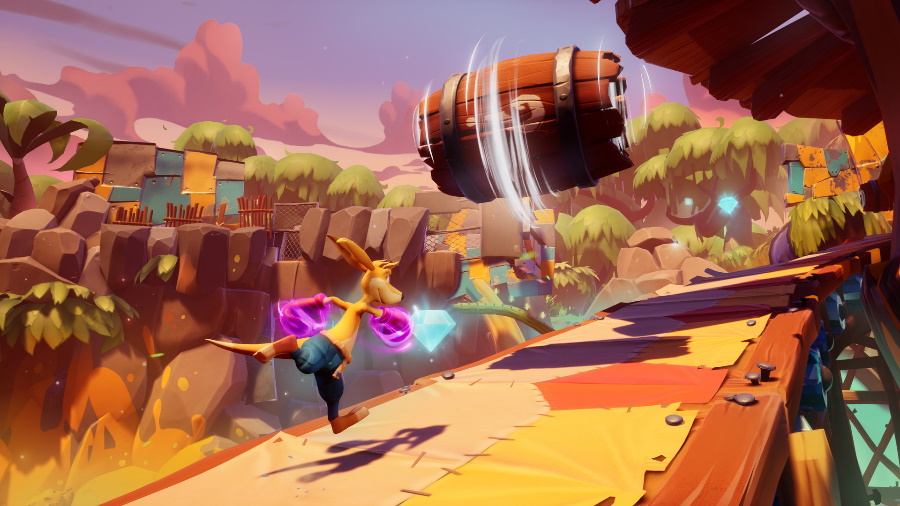 There’s some fun to be had with Kao the Kangaroo, even if the story and writing feel a bit cliché since you’ll be taking on the usual tropes that you can expect from the 3D platformer genre as you try to rescue Kao’s sister. There are some pop references here and there, but depending on when you started gaming, some of them might either fly over your head or feel dated. The game has voice acting – which is always appreciated – but the performances are not as tight as you’d expect… which is not a deal-breaker!


As you play through this adventure, you’ll collect new information about the characters in Kao the Kangaroo, the treasures you can find, as well as the moveset for the titular character. Characters are split into friends and enemies. The treasures include the Ducats you collect – those would be the giant golden coins that you can find all over the place – as well as the golden K-A-O letters, magic runes, or the extra lives you can find. As for the moveset, it includes all of the basic moves for Kao that you will get to check during the game’s tutorial. 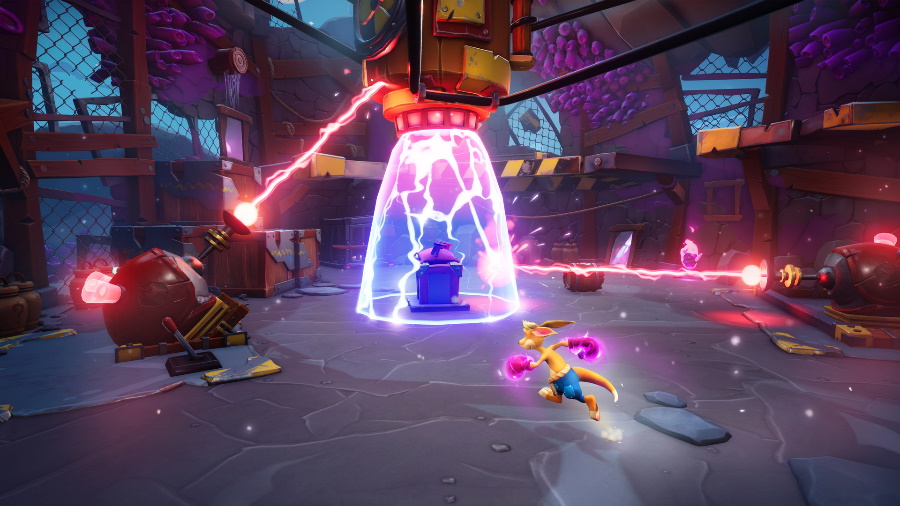 Along with the main experience, you can also dive into the new Oh! Well DLC- available as a separate purchase with a $6.99 asking price or as part of the Kao the Kangaroo A Well Good Bundle, which retails for $34.99, saving you some money in the process. This DLC will give you access to 5 skins to unlock, along with five new Eternal Wells to play through. Eternal Wells are portals that will transport you to special locations where you’ll have to complete a series of challenges.

The many Ducats you collect can be spent with the shopkeeper. What can your hard-earned Ducats get you? There’s always the option of getting yourself some extra lives, heart pieces that can allow you to expand your overall health once you collect four of them to form a full heart, or perhaps you’d like to purchase some clothes or accessories to change Kao’s look. Just open up the costume wardrobe and spend your Ducats on a cool pair of shades or on a very tropical shirt! It’s at said wardrobe that you’ll be able to change into the DLC items. 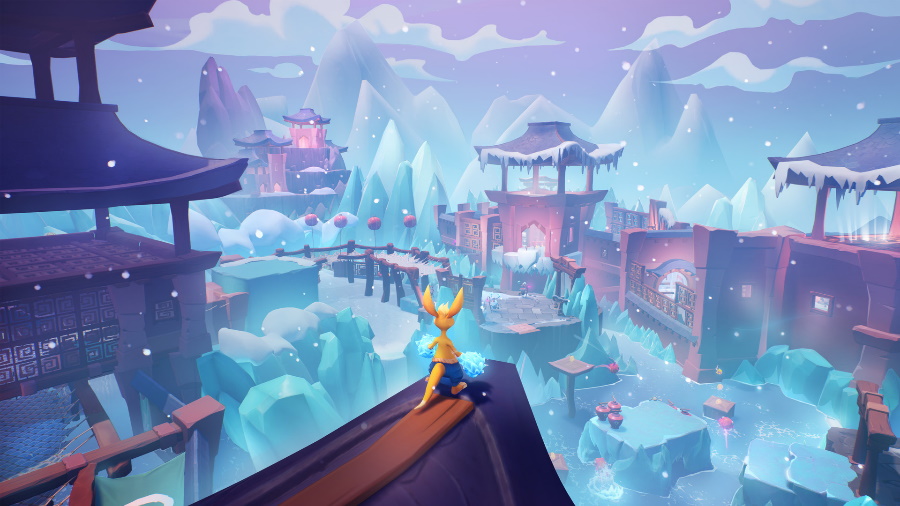 The game has a full trophy list with a Platinum trophy for you to add to your collection. The list includes 2 Bronze trophies, 4 Silver trophies, and 9 Gold trophies. You’ll get a trophy for completing the tutorial. Once that’s been taken care of, you’ll get trophies for beating each of the game’s bosses, for beating a boss without receiving any damage, completing the game, having 20 lives in total, defeating five enemies at once with a finisher, collect all KAO letters on all levels, unlocking all extra heart slots, collecting all Kaopedia entries about foes, collecting all runes, finding and completing all eternal wells, and wearing an outfit from Kao 3.


Kao the Kangaroo brings the character back in style with a fun 3D platforming experience for a new generation. The last game in the series was released back in 2005, so it’s certainly been a while! It gives the character a more modern look, with colorful stages with a good mix of action to take on, and plenty of collectibles to find. Kao the Kangaroo is available at a $29.99 price as a Cross-Buy title, so your purchase will give you access to both the PlayStation 4 and the PlayStation 5 versions of the game at no extra cost. 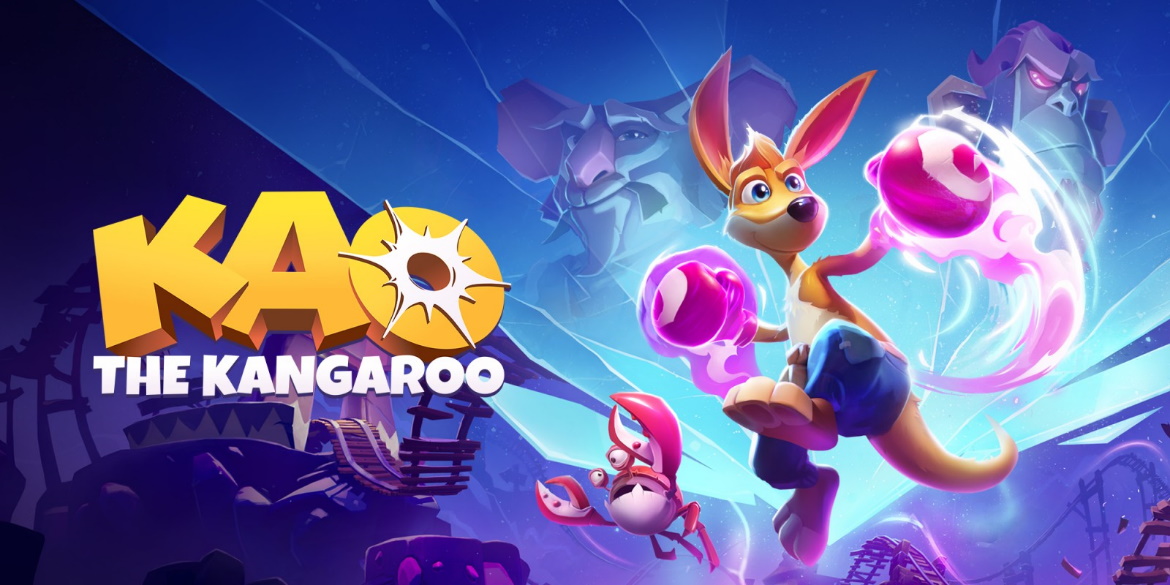 Colorful 3D platformer that brings back Kao in style

Disclaimer
This Kao the Kangaroo review is based on a PlayStation 5 copy provided by Tate Multimedia.

Ys VIII: Lacrimosa of DANA Lands On PS5 Next Week