41 Hours from eastasiasoft and Texelworks is a sci-fi narrative first-person shooter in which you take on the role of Ethan, who is searching for his long-lost wife. Learn more in our 41 Hours review!


41 Hours from eastasiasoft and Texelworks is a sci-fi narrative first-person shooter in which you take on the role of Ethan, who is searching for his long-lost wife. After years, he manages to find Clara, but something is… off. She’s no longer an ordinary human and is instead a cyborg who calls herself Lea. Lea has rebelled against her creator, joining the Resistance. Unfortunately, this is a bittersweet reunion. Since Lea has not signed into the cyborg control system, which means she’ll be decommissioned in 41 hours, hence the game’s name! You can play this one in one of four difficulty settings: Novice, Beginner, Intermediate, and Pro. After this, you’ll be presented with the first cutscene, which will be presented with comic book-style panels. 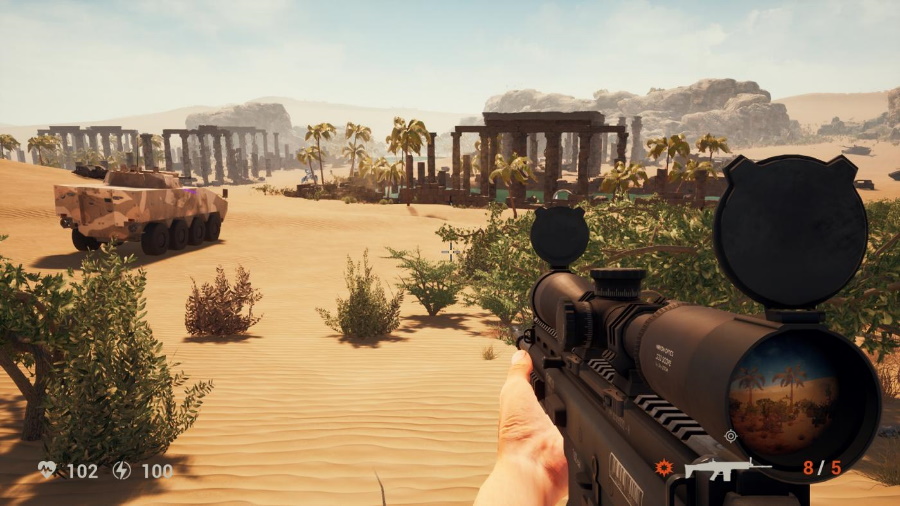 You will move around with the left analog stick and can look around with the right one. If you press in on the left analog stick, you’ll be able to sprint. Press and hold down the R3 button, and you will crouch. If you crouch while sprinting, you’ll perform a slide. The X button will be for jumping. You can aim with the L2 button and fire your weapon with the R2 button. To reload, press the Square button. You can also use the Square button to pick an outlined weapon or swap it with your current weapon.


If you need Lea to perform an action, press down on the D-Pad. Lea can also be used as a weapon. Point her at a spot and press the R2 button to instruct her to self-detonate. The blast can eliminate any patrolling enemies! Lea can also help you reach spots that would otherwise be blocked to you. Have her work herself past a forcefield, and you can then press the L2 button to instruct her to create a wormhole from her current location to you so that you can then use that wormhole to teleport to her previous location. 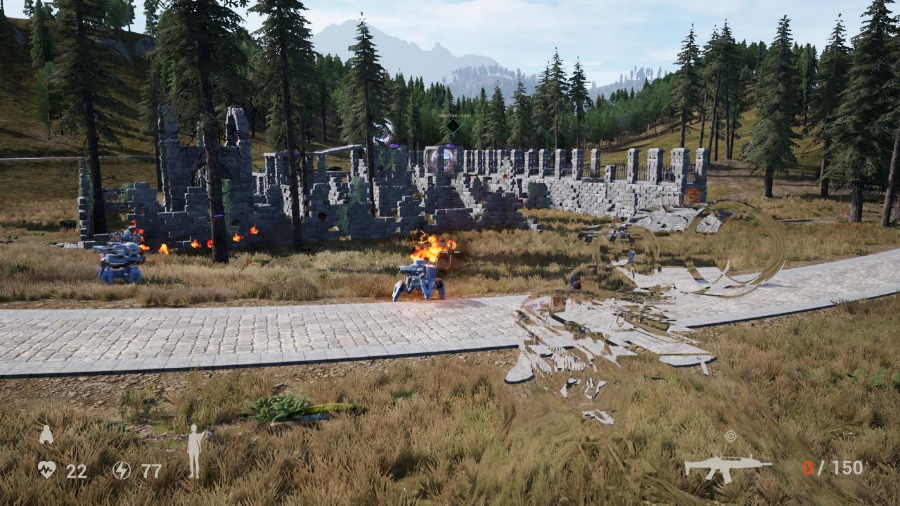 By collecting energy, you’ll be able to power your cloaking device, which can be activated by pressing up on the D-Pad. This will conceal you from enemies so that you can approach them unseen to gain the upper hand. You can also press right on the D-Pad to toggle the time slowdown ability so that you can attack enemies at a much faster speed, thus keeping them from reacting in time to counter your attack. And as an added bonus, when you activate the time slowdown ability, a shield will protect you, thus lowering the damage you receive by half.


Pressing left on the D-Pad will activate telekinesis, which allows you to grab crates, barrels, and other objects by holding down the R2 button. While you’re grabbing something, you can press the Triangle and Circle buttons to move said object closer or further from you. Once you want to release the object, stop pressing the R2 button. You can also throw an object by pressing the L2 button, which is extremely useful for when you manage to find an explosive barrel, grab it, and then throw it to make anyone near it go boom! 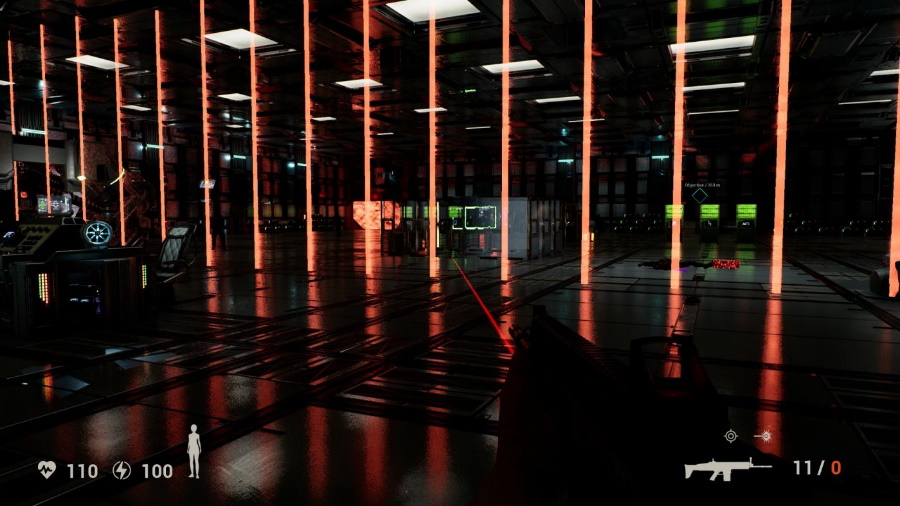 You’ll gain experience points by defeating enemies with your weapons and with Lea’s ability, as well as by collecting intel. You can use experience points to increase your health total, boost your energy total, increase the number of weapons you can carry, or establish an energy bonus for every kill you get. You can also unlock sight attachments, unlock a suppressor for your weapons, or unlock a laser attachment. Once you’ve unlocked them, just press the R1 button and then use the Circle and Triangle buttons to switch between attachments.


Trophy-wise, 41 Hours has a full trophy list with a Platinum trophy waiting for you, and since it’s a Cross-Buy release, you’ll get both the PlayStation 4 and the PlayStation 5 versions of the game with your purchase, and each one has its own list for you to work on. It’s a very straightforward list with 15 Bronze trophies, 6 Silver trophies, and 7 Gold trophies, and other than two trophies that require you to get six kills with headshots from a distance of at least 50m and get 31 headshots in total, the rest will pop as you complete each chapter, kill five enemies with barrels, kill 10, 20, and 30 enemies with Lea’s ability, killing 15, 45, and 90 kills with your guns and collecting 12, 24, and 48 ammo packs. If you need some extra help, you can check out this 41 Hours Trophy Guide. 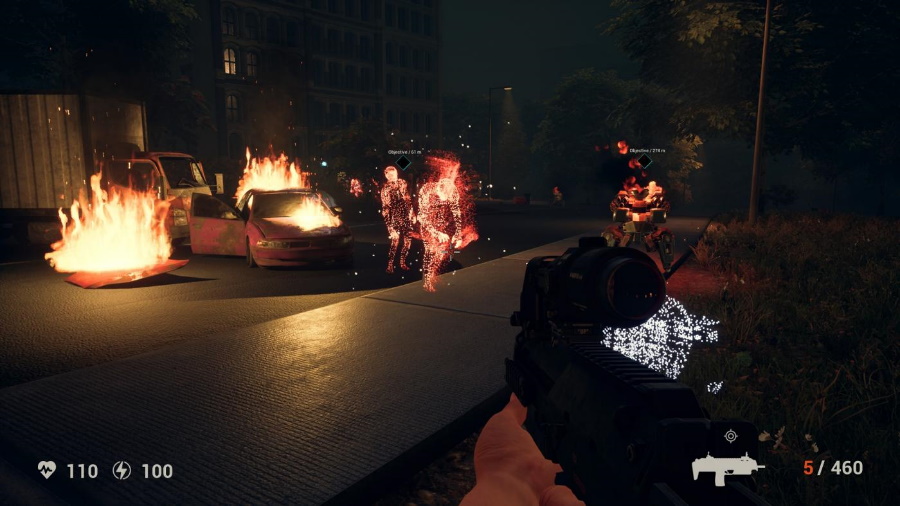 41 Hours is a sci-fi narrative first-person shooter on PlayStation that does not reinvent the wheel, but it does keep you going from point A to point B as you uncover more of its story. While the game offers some varied locations to explore, the game’s look does not make the most of the power of the PlayStation 5. Some textures feel off – see the trees -there’s pop-in here and there, and a lot of the areas feel a bit dated… but it does have its moments. 41 Hours is available with a $19.99 asking price, and since this is a Cross-Buy title, your purchase will give you access to both the PlayStation 4 and the PlayStation 5 versions of the game at no extra cost.

Disclaimer
This 41 Hours review is based on a PlayStation 5 copy provided by eastasiasoft.