Godlike Burger from Daedalic Entertainment and Liquid Pug is a cooking game set in a space station in which you are a chef that harvests meat from unsuspecting customers. Check our Godlike Burger review!


Godlike Burger puts you in the shoes of a maniac chef who makes the best burgers in the universe. The secret ingredient? The customers themselves! Run the restaurant, cook delicious burgers and kill lots of aliens. But be careful – leave no witnesses uncooked!

Godlike Burger from Daedalic Entertainment and Liquid Pug is a cooking game set in a space station in which you are a chef that harvests meat from unsuspecting customers. My initial impression of this game was that it would follow the steps of the excellent Overcooked series, which is why during this Godlike Burger review, I’ll be mentioning that franchise along with this one. During your time with Godlike Burger, you will control a chef that has a restaurant that serves different types of aliens throughout the day. You’ll have to complete the orders of your customers – as is to be expected in a cooking game – but you will also need to trap some unlucky extra-terrestrial customers so that they can be served to the next ones! All in all, the base of this game felt similar to Cannibal Cuisine, which we also played earlier this year, but with a roguelite twist.

A good part of the game will consist of preparing the food ordered by your customers, and on that level, it felt pretty standard. Take the raw ingredients from the refrigerator. If an ingredient needs to be cooked, then put it in a pan and wait for it to be cooked. Once items are cooked, you can assemble the order on a plate. You begin with unreliable equipment that will constantly stop working and will need to be hit a few times until you can upgrade your kitchen items.

I had an issue with how unclear the orders were, in the sense that each customer would want a side, and the ingredients all look alike. I also felt that the orders are displayed too small in the upper left corner. Once an order is prepared, you have to keep it on a warming plate until it is ready because you can’t serve cold food to your customers – and it cools very quickly! 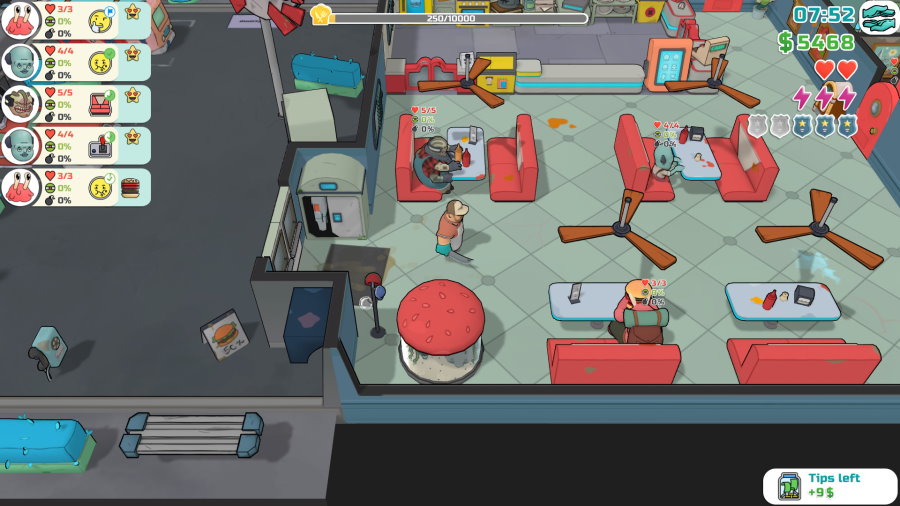 Another good part of the gameplay involves setting traps in order to kill some customers and use them as meat for the following day. You can also go rogue and attack the customers directly, but make sure that you are hidden! If someone else sees you, he’ll ring the alarm, and you’ll quickly be overwhelmed. I also liked how having two angry customers is often enough to kill you. On top of that, you have to clean yourself, or the other customers will realize something is amiss. Setting various traps is a good way to improve your restaurant without raising the alarm.

I believe that the cooking experience felt less fluid than in Overcooked. The required ingredients are often hard to discern from one another, which makes the different orders overwhelming. When delivering an order, you also have to specify which customer you are serving – which is used to allow you to kill him after he’s eaten to get both the money from the order and the meat, but the numbers are tiny in both the order list on the left and above a customer’s head, making it very hard to notice.


After each day is completed and you’ve served all customers, you’ll go back to your basement to plan for the next day. You’ll be able to purchase some ingredients – because the ones you use are consumed – and upgrade various aspects of your chef, your kitchen, and the traps, all by using the money collected during the day. You’ll also be able to progress to the next planet if you have met the requirements for leaving this one. 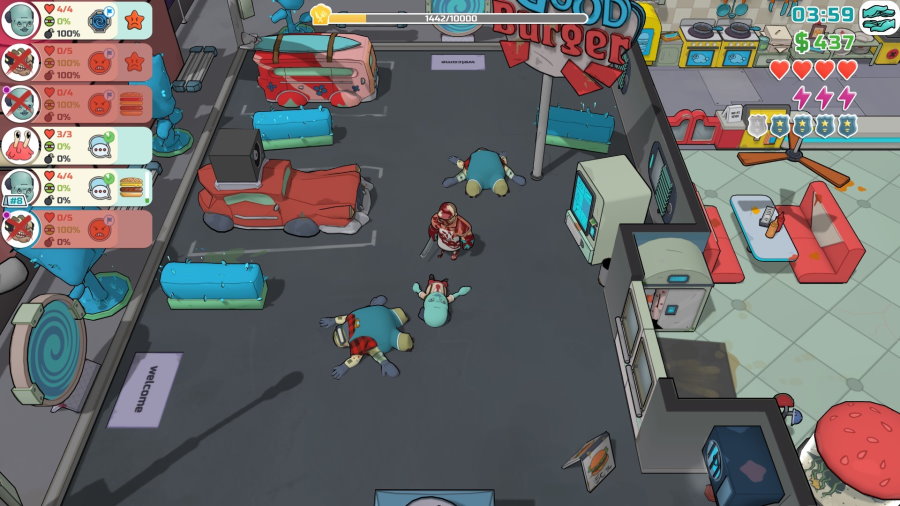 And, as I mentioned before, a big element of Godlike Burger is that the game is a roguelite. That means that every time you die, you’ll be back on Day 1 of your business! This means there’s also a survival aspect, and trying to cleverly dispose of customers is important in order to progress. Luckily, every upgrade purchased at night is permanent, so you will eventually be able to progress further as your kitchen, chef, and traps are more robust. Death is part of the equation, so you’ll have to learn from your mistakes as you slowly make more and more progress.


On the trophies side, there are 28 trophies that can be collected during your time with Godlike Burger, along with a Platinum trophy. The list includes 12 Bronze trophies, 10 Silver trophies, and 6 Gold trophies, and they are awarded for completing objectives such as killing all visitors during a day, reaching max prestige, catching the eye of the police, buying all traps, buying recipes for all sauces, preparing 100 perfect burgers, earning 10,000 credits from tips alone, leveling up all traps to the maximum, finishing 10 days with the best rating, serving all visitors during the day, buying all kitchen upgrades, and more. 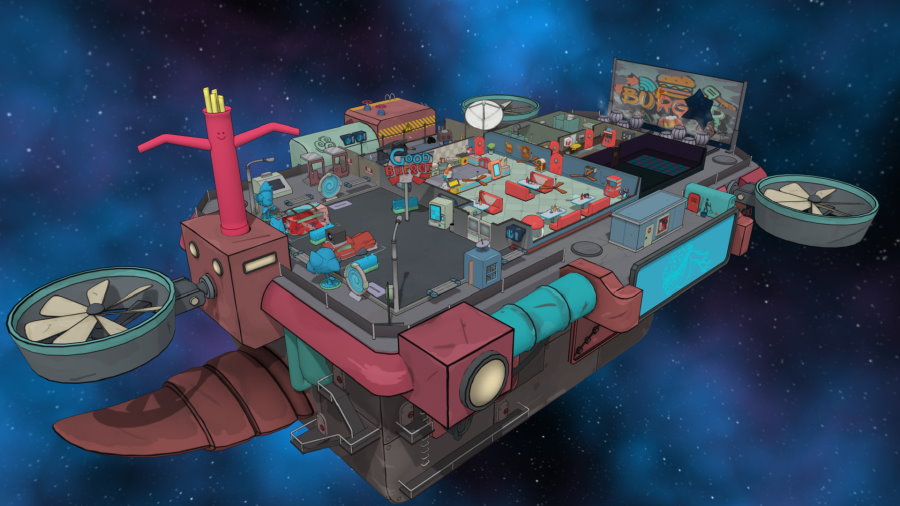 Overall, Godlike Burger is a different type of cooking experience in which you also have to sneakily dispose of customers after serving them the food they ordered. I liked the gameplay mechanics, as they reminded me of the Overcooked series and of Canibal Cuisine. This one offers the twist of also being a roguelite, so you’ll be going back to Day 1 when you lose but will get to keep all of the improvements made, which will greatly increase the speed of subsequent runs. The roguelite part, along with having to kill your customers for resources, will keep some of you from playing this one. Godlike Burger is out on PlayStation 4 with a $19.99 asking price. Roguelite cooking game with a dash of murder

Disclaimer
This Godlike Burger review is based on a PlayStation copy provided by Daedalic Entertainment.