Beholgar from Dolores Entertainment and Serkan Bakar is an old-school style 2D mythical Metroidvania on PS4. Learn more in our Beholgar review!


Beholgar from Dolores Entertainment and Serkan Bakar is an old-school style 2D mythical Metroidvania on PS4. After an evil sorcerer reads the ancient book and invites an evil god to earth, it’s up to Beholgar to grab his weapon and go on a quest to vanquish the evil threat. With the fate of the world in his hands, Beholgar must help the villagers in each area and defeat every monster that crosses his path as he takes on a series of bosses, gaining access to relics to boost his power so that he can take on the final boss himself. 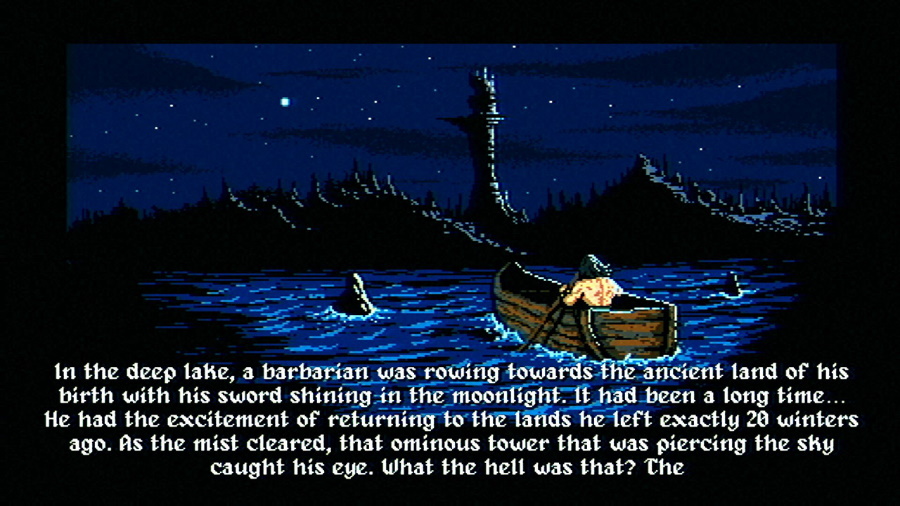 You can control Beholgar with the left analog stick or the D-Pad, jumping with the X button and attacking with the Circle button. The Square button will be used for launching projectile weapons toward enemies – stuff such as daggers or axes. The R2 button can be used for rolling. Once you find more weapons, you’ll be able to switch between them by pressing the L1 and R1 buttons as needed so that you can make the most of their specific qualities.


As you progress through each new area, you’ll be able to gain valuable items that will grant new abilities to Beholgar. These include a pair of spiked gloves that can be used to grab onto wall ledges. You can also collect a Copper Talisman to boost the number of projectiles you can carry by 5. Later on, you’ll locate a pair of wonderful boots that will unlock the most useful of all abilities: the double jump! What other abilities can you unlock for Beholgar? You’ll have to play the game to find out! 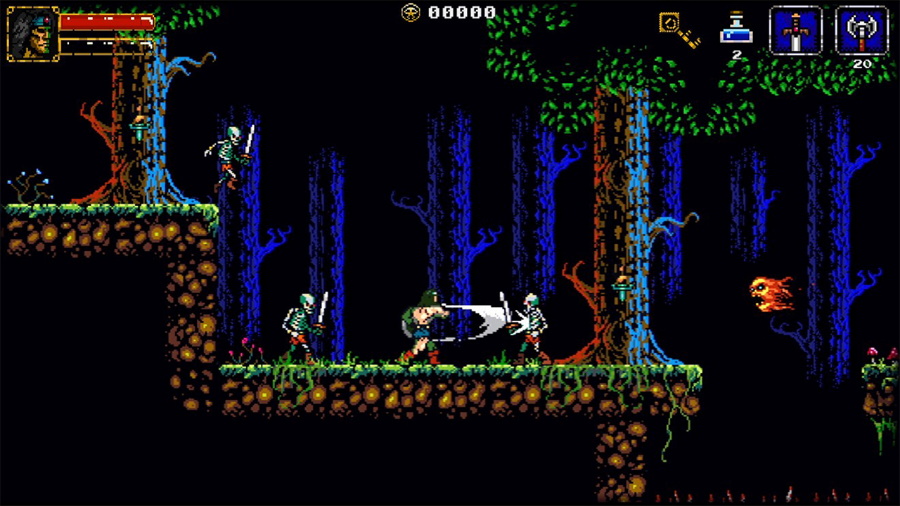 You should search every single section of each area that you visit since you never know where a fake wall can be found! You could end up locating a treasure chest full of gems, a mysterious scroll, or even a vial of Shamaran Blood, which can increase your overall health! The coins and gems that you collect can be spent to purchase more projectiles or items to boost Beholgar’s abilities. The Hit Ring can be bought so that you can block incoming projectiles by shooting them, the Magnet Ring will draw precious gems toward you, or Shubra’s Necklace, which will prevent you from receiving damage from enemies while rolling.


Trophy-wise, the game has a full trophy list to offer, with a Platinum waiting for you at the end of your journey. The list includes 7 Bronze trophies, one Silver trophy, and 10 Gold trophies. Trophies will pop when you collect each of the items that grant new abilities for Beholgar – such as the spiked gloves that allow him to cling onto an edge or the boots for the double jump – and gain access to the different weapons in the game. You can also get another trophy for finding a projectile plus and another one for finding all of them. 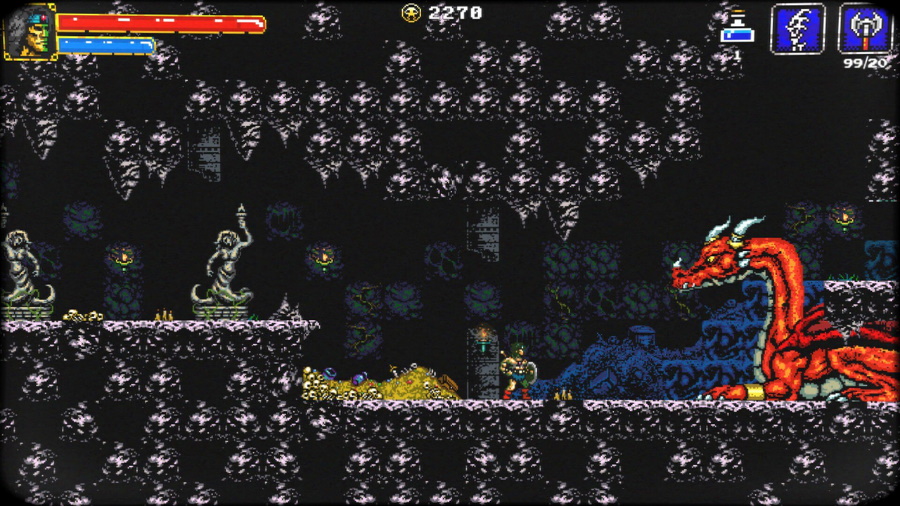 Beholgar is an old-school style 2D mythical Metroidvania in which you must help the titular character vanquish the evil brought into the world by an evil sorcerer. It’s a quest that should take you a handful of hours to complete as you slay all enemies and bosses on your path, becoming stronger with every new relic you collect. Beholgar is out on PlayStation 4 with a $9.99 asking price. 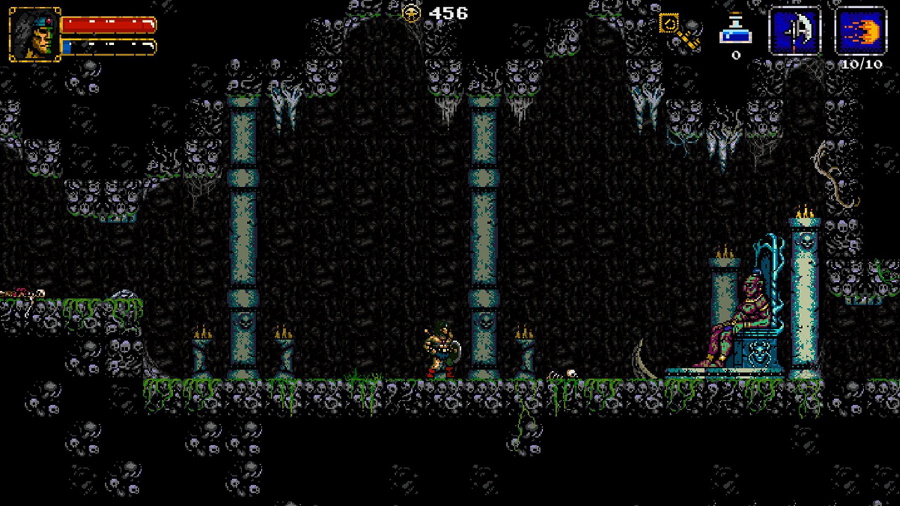 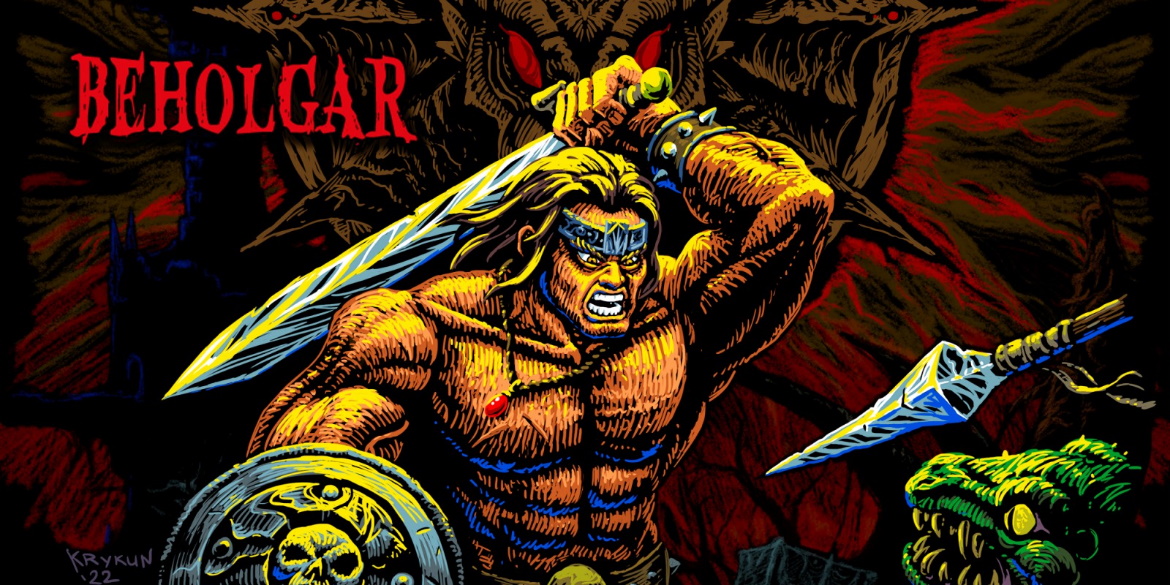 Disclaimer
This Beholgar review is based on a PlayStation 4 copy provided by Dolores Entertainment.