The Pinball Wizard from Frosty Pop is a colorful roguelite dungeon-crawling experience on Nintendo Switch. I love me some pinball, so I was definitely up for checking out what this former Apple Arcade exclusive was bringing to the table. You play as a young wizard apprentice who must explore the mighty tower where the Eye is stored. The Eye is a powerful artifact that shields the land from evil. Unfortunately, after thousands of years of peace, the ancient tower shifted, and the Eye dropped from its pedestal.

As expected, the land fell into chaos. Many brave people tried to climb the tower to fix things and once again place the Eye back on its pedestal. None of them have ever returned. As a young apprentice, you must try to succeed where others have failed, to try and restore the Eye and save everyone by restoring peace. Because of this, your goal for each floor will be to find the key that the enemies have hidden so that you can continue climbing up the tower. 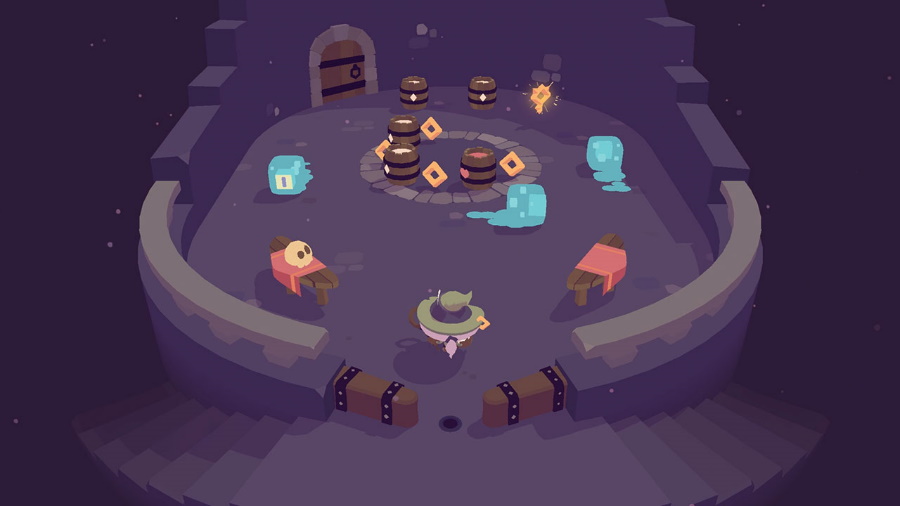 The first step in your journey will be to complete the tutorial for The Pinball Wizard so that you can learn all of the basics for this fun experience. The game can be played with either the Nintendo Switch Joy-Con or by using the touchscreen when playing the game in Portable or Tabletop Mode or if playing on a Nintendo Switch Lite console. When using the Joy-Con, you’ll press the L, R, ZL, and ZR buttons to activate the left and right flippers to hit the apprentice to keep it in play.


By hitting enemies, you will gain points while also lowering their hit points. Hit an enemy enough times, and you’ll defeat it. When falling between the flippers, the apprentice will take some damage. The higher you’ve climbed up the tower, the more damage the apprentice will take! Once you’ve managed to collect the key, you’ll need to send the apprentice towards the door to exit the floor. You need to do this before the timer on the upper-right corner of the screen to restore your health and gain some extra points.

You must pay attention to the overall layout of each floor in the tower, as well as to how each enemy on the floor is acting. Take, for example, the slime cubes you’ll find on the first floor of the tower. They’re of a blue color and will leave behind a short trail of slimy goo. But when they turn red, they’ll damage the apprentice if he touches them! You’ll soon run into circular blobs of goo with spiky shells for helmets. When they’re stationary, you’ll be able to deal some damage. But when they’re moving around with their spinning, spiky shells, then you’re in danger! 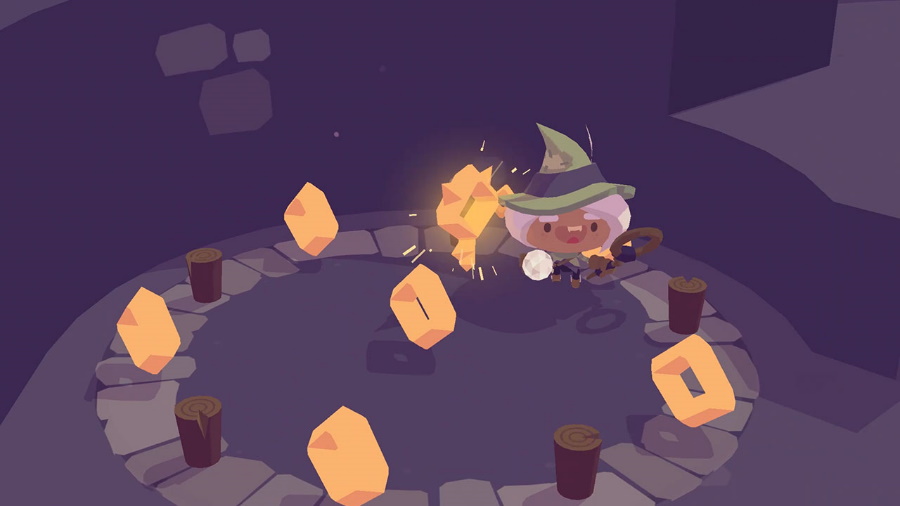 There will also be some barrels on each floor of the tower for you to hit. Those with a diamond will reward you with points when hit, while those with a heart will help you to recover some of your lost health. And then, there are the barrels with a gold coin icon. If those with a diamond give you points, and those with a heart help you recover your lost health, then you’d expect barrels with a gold coin icon to provide you with some extra gold coins… and you’d be correct! There will also be some large gems to grab, which are very important treasures that will be converted into a bunch of gold coins.


Remember all those points that you collected by hitting the barrels with a diamond icon, from the enemies you defeated, and from exiting each floor before the timer ran out after collecting the golden key? Well, it turns out those are actually experience points! When you get a game over, which will eventually happen given your limited starting stats, those experience points will make the XP bar fill up. Once the XP bar is full, the apprentice will level up, gaining a stat boost, some extra coins, as well as some new abilities! 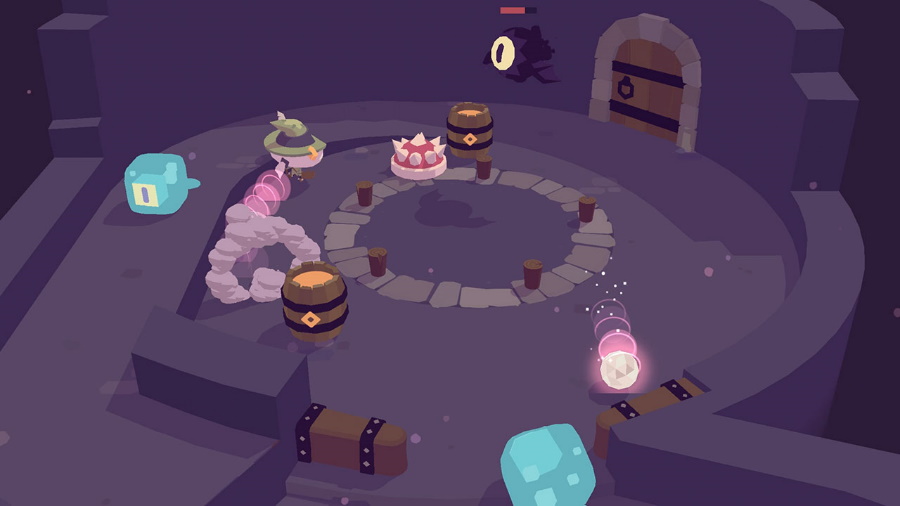 The first ability you will unlock is Dash. For Dash, you can press and hold down the A button to aim and release a dash attack. After that, go up to level 3, and you’ll unlock the Guardian ability, which will activate a barrier between the flippers for a few seconds after launching the apprentice into action. Then there’s Magic Orb, a mighty ability that can be used to attack enemies directly. These and other abilities can be upgraded by spending your hard-earned coins. Dash can be upgraded to increase its attack power over a short period of time.

Dash and the other skills you’ll unlock will use up energy, which is represented by the green bar with a lightning bolt icon right below your health bar. Energy will refill over time, but it can also be collected from the barrels with the green lightning bolt icon. After a game over, you can go back into the tower and select what floor to carry on from. The more you play, the more entrances you’ll unlock, and the longer your run, the more experience points you can collect, thus keeping the cycle going.


Along with climbing up the tower, you can also take on the Daily Dungeon challenge, which is an online challenge that all gamers can take on for that particular day as you try to climb up the leaderboards. There’s also the Dungeons Mode, in which you’ll take on a pair of stages from the main tower experience as you aim to boost your score as high as possible. You know, as you would do things at a proper pinball table that you would have played back in the day when arcades were all the rage.

The Pinball Wizard is a pleasant surprise on Nintendo Switch. It offers a fun and colorful roguelite experience with a charming minimalist art style. Try to climb the tower and use the experience points you gain to level up so that you can improve the young apprentice’s stats and gain access to new skills so that you can get closer to the top of the tower during subsequent runs. Add a Daily Challenge option and a Dungeons Mode, and there is plenty of replay value for this one. The Pinball Wizard is out on Nintendo Switch with a $9.99 asking price. 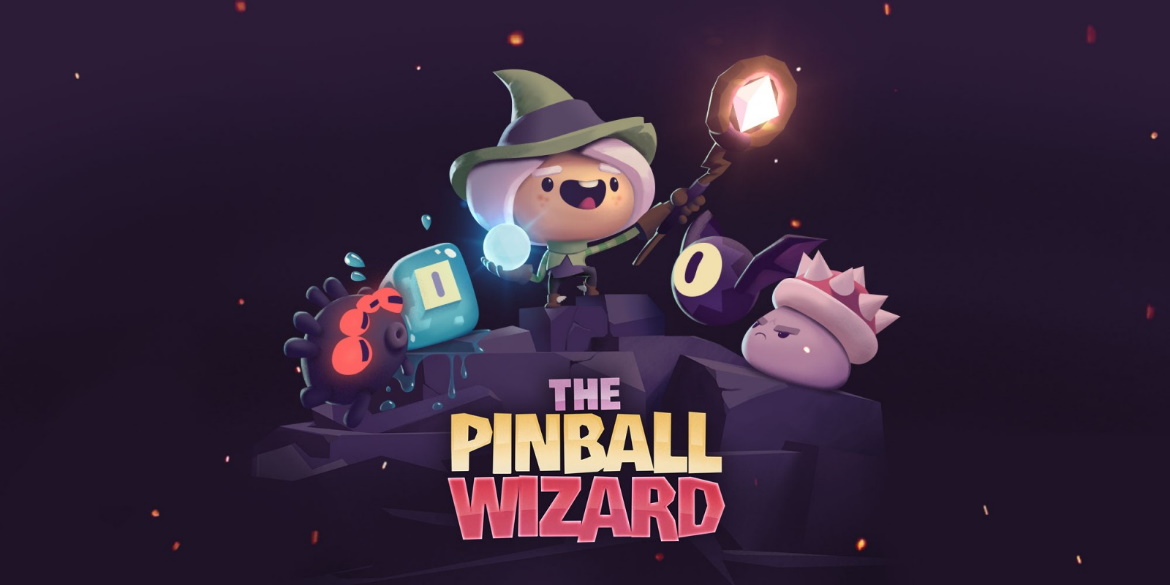 Disclaimer
This The Pinball Wizard review is based on a Nintendo Switch copy provided by Frozen Pop.

Atari 50: The Anniversary Celebration Out Tomorrow