Space Raiders in Space from RedDeerGames, Destructive Creations, and 2 Stupid Devs is a satirical roguelike tower defense game on Nintendo Switch. This one’s Rated M for Mature due to its gory presentation and some topics that are not for the young ones. Your task is to defend humanity against an alien hivemind that is unleashing its vermin – and they’re all out for blood. You had managed to find the hivemind years ago, and they were friendly to you for a while… until they weren’t. Your group manages to escape – with their new pet Murphy who is not connected to the hivemind – as they realize that the now violent creatures are on the move. 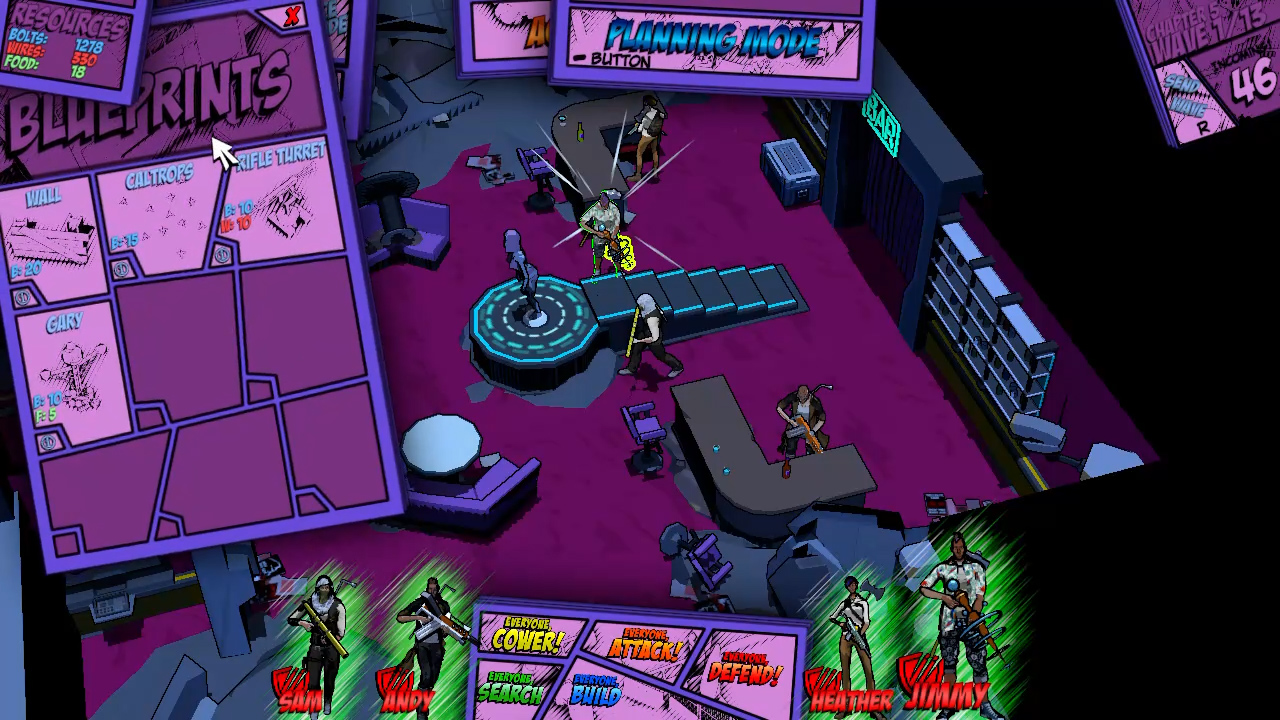 For this one, you can either play the game’s Story Mode or dive into the RNGesus. The first option is the main experience in which you’ll be trying to save the world before it’s too late. For the second one, you’ll pick from the different comic book issues and select if you’re going to play the Endless Mode or Survival Mode. Endless Mode, as expected, has you trying to play for as long as possible as giant bugs try to bite your head off. Survival Mode is similar, except that you’ll be provided with a ton of resources so that you can plan your layout just like you want it so that you can avoid leaving the map inside of a bug’s belly. You’ll start the game with Andy and Heather in your group, but as the story develops, you’ll get to meet more characters.


As for how you’re going to play this one, you will move a cursor on the screen with the left analog stick, control the camera with the right one, and change the view by pressing left or right on the D-Pad. You can review blueprints by pressing down on the D-Pad, selecting items to then placing them with the ZR button. These can be rotated by pressing and holding down the ZL button as you use the right analog stick. Once you’re happy with your planning, press the R button to send in the next wave… unless you’ve already run out of time and the bugs are on their way! 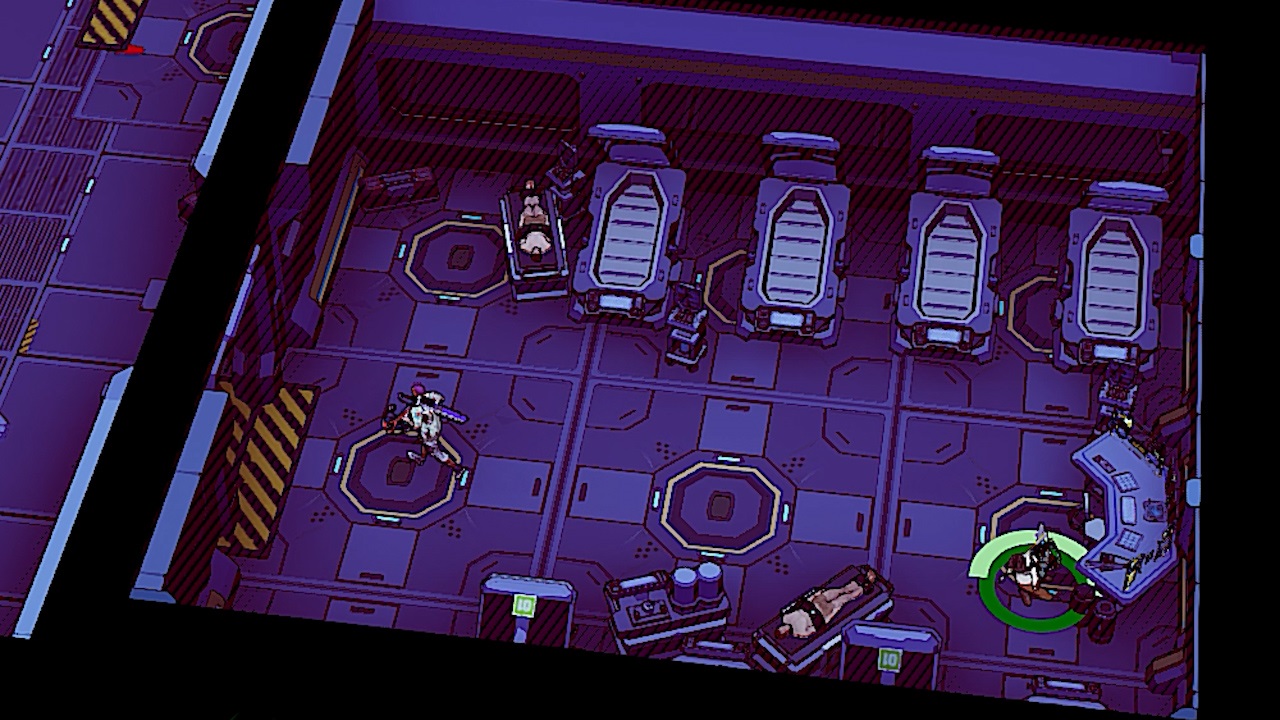 The members of your group will have items and abilities for you to consider since they are crucial to your survival. While ranged weapons are great for attacking enemies from a safer distance, melee weapons can attack multiple enemies at once while also having the bonus of being able to parry incoming attacks. You always need to be on high alert, so pay attention to the current situation and decide if your characters should hold their ground or if it’s time for you to select the chicken icon so that they flee to a cower point. The opposite of this is the icon with a knife on it since it will make a character run towards enemies to attack, which is vital for when an opponent is just out of range.


You can issue orders to each character individually, or you can issue orders to everyone at once, depending on what needs to be done. If you want everyone to search for and gather some resources, then giving that order to the entire group at once will save you some valuable time. For this, you’ll have to use the icons at the bottom of the screen that is broken down into what look like comic book panels. These can allow you to make everyone search for resources, defend, take cover, or go on an all-out attack. 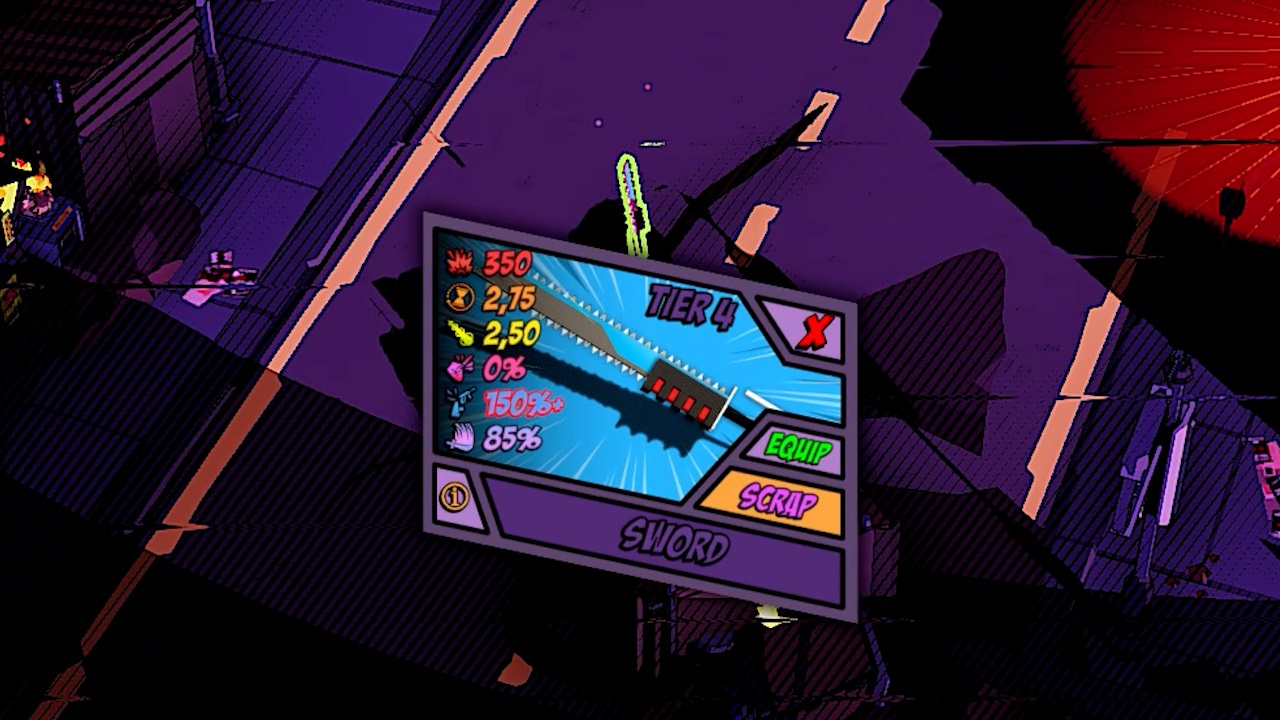 Your characters will receive damage as they attack enemies at close range or if they’re surprised by an opponent while trying to search for resources. Because of this, you should always keep an eye on their health so that you can use the heal icon when needed. This will consume some food while helping them recover some of their lost HP. As they search, they might locate a weapon. Be sure to equip it so that you can be ready for whatever is coming your way next! If you don’t want to – or need to – equip a new weapon, you can always scrap it to get some extra resources.


For each stage, you’ll notice some wiggly black lines around each area. Said lines serve as a rough prediction for the path that the bugs will probably take during the attack phase. By using this knowledge, you’ll be able to use the resources you find in each location to build your defenses so that you can hopefully redirect, delay, and damage the bugs before they reach your characters. Each structure you build will have a cost in bolts and wires to consider since you can’t just build anything stuff as pleased. You also need to be ready to repair any turrets or structures that have been seriously damaged. Luckily, you can also activate maintenance mode by pressing up on the D-Pad to pay one convenient amount of scraps to fix everything that needs to be fixed. 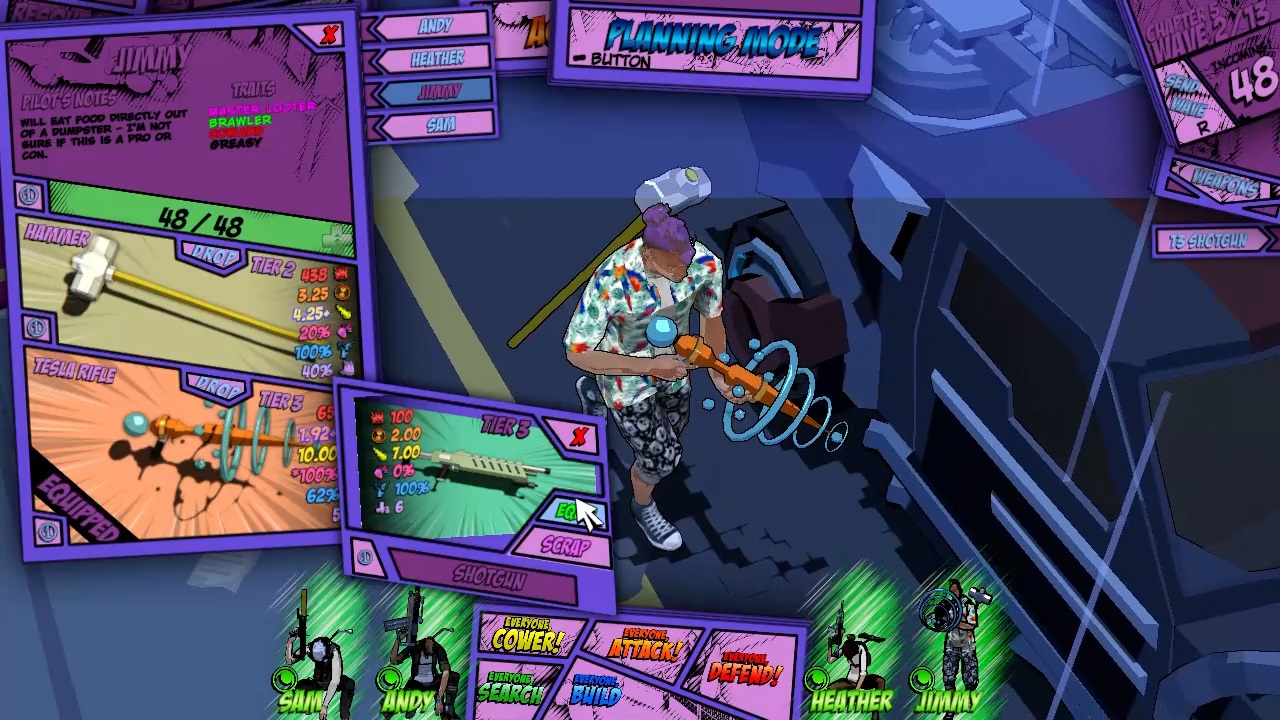 And now, onto the bad. Since Space Raiders in Space has been ported from its Steam PC release, that means that most of the time, the text will be tiny, especially during cutscenes. At least the game is fully voice-acted, so if you don’t have a hearing impairment, you’ll be able to follow the story without having to zoom in during every segment. Something else is that the cursor you control can, at times, feel a bit slow, which is to be expected given the game’s PC keyboard and mouse roots.

Space Raiders in Space is a Rated M for Mature satirical roguelike tower defense game on Nintendo Switch in which you must save humanity from the evil creatures from the hivemind. You’ll use the resources you collect to build structures and towers to attack the bugs while also controlling the characters in your group to directly attack the bugs, hold their ground and defend the area, or gather new weapons or resources to repair damaged structures. Space Raiders in Space is out on Nintendo Switch with a $12.99 asking price. 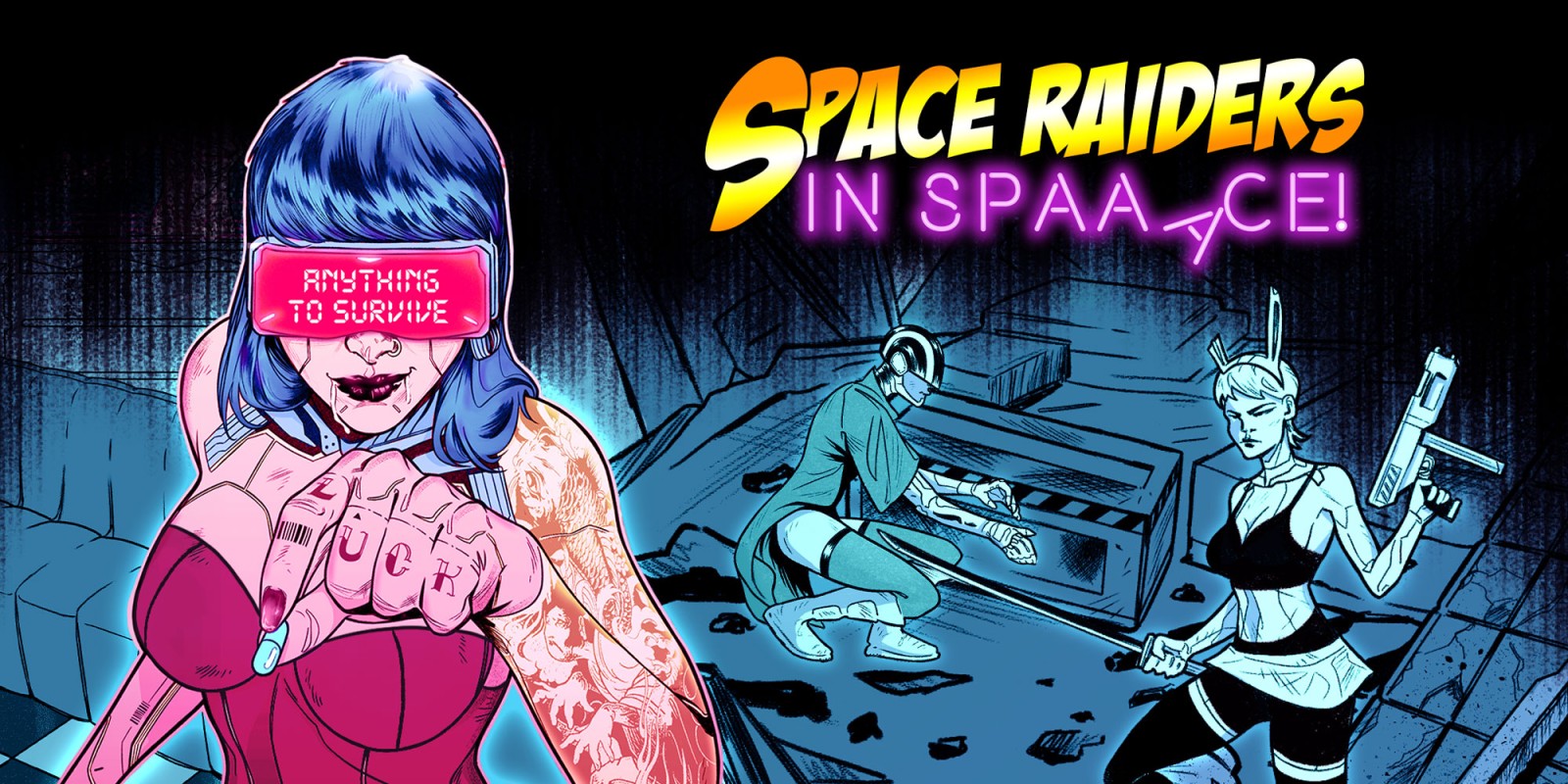 Disclaimer
This Space Raiders in Space review is based on a Nintendo Switch copy provided by RedDeerGames.