Jurassic World Aftermath Collection from Coatsink, in collaboration with Universal Games and Digital Platforms, is ready to go on Nintendo Switch. It brings us an experience that takes place on Isla Nublar two years after the events from the Jurassic World movie – hence the Aftermath name for this one. Jurassic World Aftermath was originally released as a VR game, with the second part available as paid DLC, and we’re now getting both pieces of the puzzle as a non-VR game on Nintendo’s hybrid console. And yes, the game does take place before Jurassic World: Fallen Kingdom. 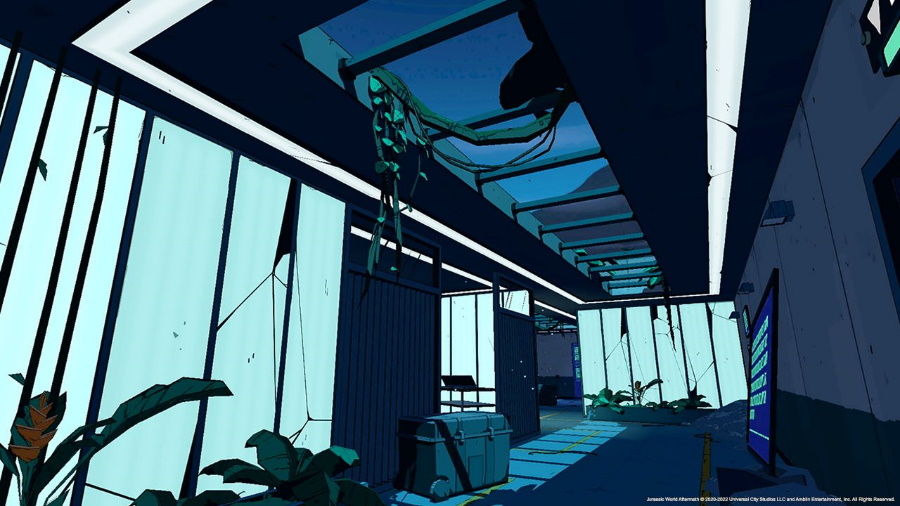 For this cel shaded game, the story goes like this: Sam and Doctor Amelia Everett were on their way to Isla Nublar on a very flying artifact to try and recover some valuable information left behind when the Jurassic Park theme park was closed down. Unfortunately, things went terribly wrong because you have to remember that pterodactyls are a thing. You crash-land on Isla Nublar and find yourself trapped in an abandoned research facility. This is a stealth game, which means you’ll need to be careful as you explore each area so that you can always be on high alert because the dinosaurs won’t be thrilled for you entering their turf!


After the crash, you’re very lucky to be alive, which is more than can be said of Juan, one of the pilots that were taking you and Doctor Everett to Isla Nublar. After the crash, a bunch of boxes end up blocking the door to the front of the aircraft, and Juan is stuck in his seat with no way of getting out. The good news is that a helpful T-Rex was nearby to help him get out! The T-Rex is even ready to carry Juan out of danger inside of his mouth… wait a minute. Carlos and Doctor Everett managed to get out, but now you need to find them while making sure that the dinosaurs don’t find you! 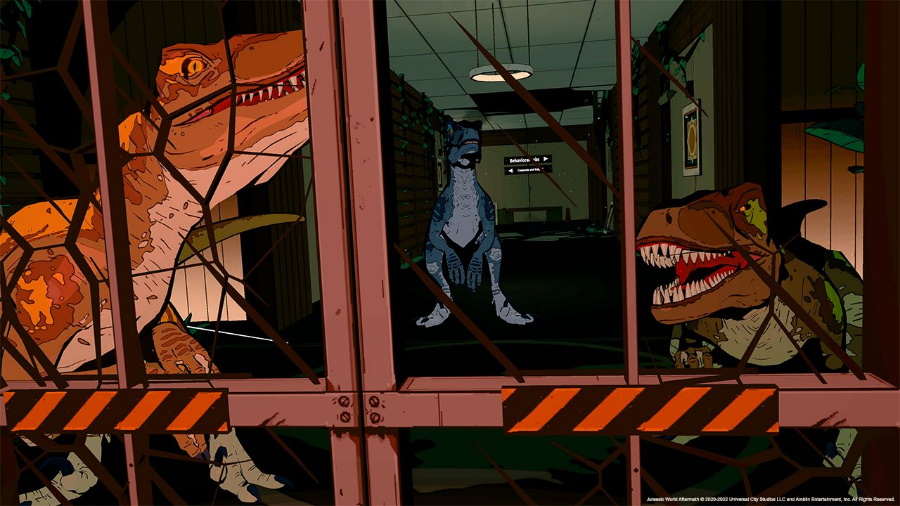 
The X button can be pressed to perform a quick turn. The A button will be for interacting. You need to be very careful since dinosaurs are always near, so you might want to use the ZL and ZR buttons to lean left or right to get a better look at things. You’ll also have a multitool that you’ll gain early in the game. What this can do is activate stuff from a safe distance by pressing and holding down the R button, pointing at a contraption, and letting go of the R button. Want to get a dinosaur to move away from a door? Maybe if you activate a screen, it will distract it long enough for you to get to safety. Just be careful because if you sprint, it WILL hear you! 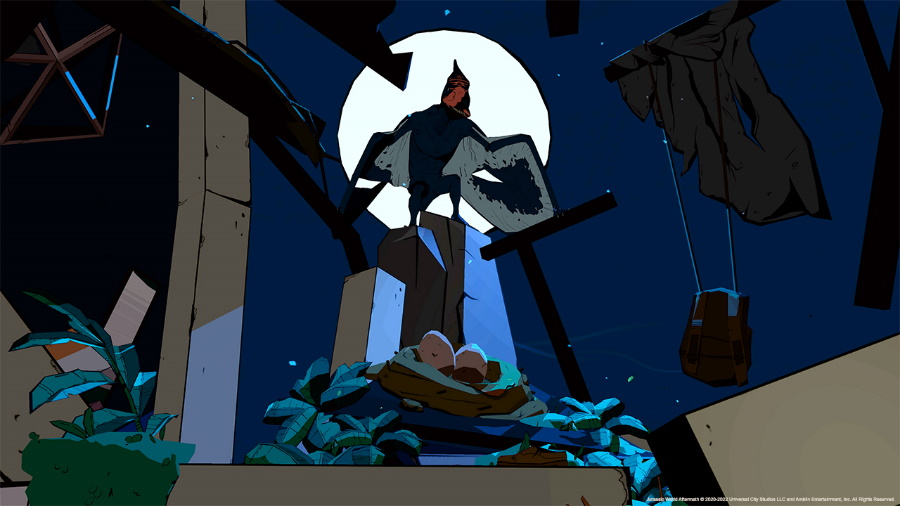 While the main protagonist Sam is silent – something that is usually to be expected for a game that aims to immerse gamers in the overall experience – you will get to hear the work of Laura Bailey as Doctor Amelia Everett, BD Wong as Doctor Henry Wu, and of one Jeff Goldblum who reprises his role as the incomparable Doctor Ian Malcolm. It’s one of the roles for which Jeff Goldblum will always be remembered, having appeared in four of the six games in the long-running franchise.


At times, the feel of the Jurassic World Aftermath Collection experience reminded me of games such as, say, Alien: Isolation, just without leaning heavily into the horror part of the equation. Mind you, dinosaurs are terrifying, and thinking about having to outsmart them to save my life is certainly a big concern, but thinking about the Alien lurking in the shadow, entering vents to move from point A to point B, and then grabbing me with its tail before it bites my head off… well, that’s certainly a different experience.

But just like in Alien: Isolation, if one of the dinosaurs spots you, you better act on it right away, or else you’ll quickly be turned into a dino snack. You’ll know you’ve been spotted because the screen will turn red, and you’ll have an extremely short window of opportunity to hide before it’s too late. Make a mistake, and it’s game over, and you’ll have to restart from the last checkpoint you reached. And no, hiding below a desk while a dinosaur is looking at you is not a good way to escape! 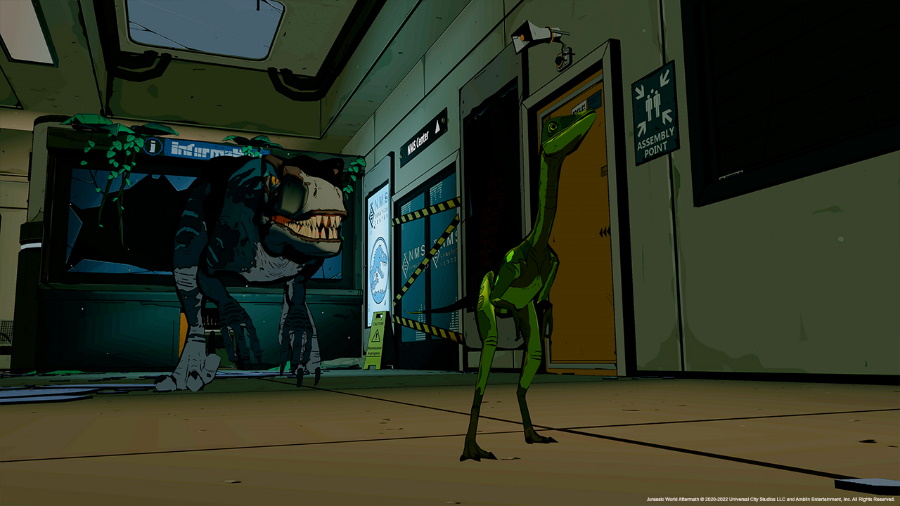 Jurassic World Aftermath Collection brings together both parts of Jurassic World Aftermath that were originally released for VR hardware, now reworked for a non-VR console. This is a stealth experience, which means it’s not going to be for everyone due to the slower pace of the gameplay and the overall stress from having to hide from the dinosaurs to survive – you can probably imagine the impact that playing this one with a VR headset would do to the jump scares! You’re looking at around 6-7 hours in total to complete what this one has to offer on Nintendo Switch at its $29.99 price. 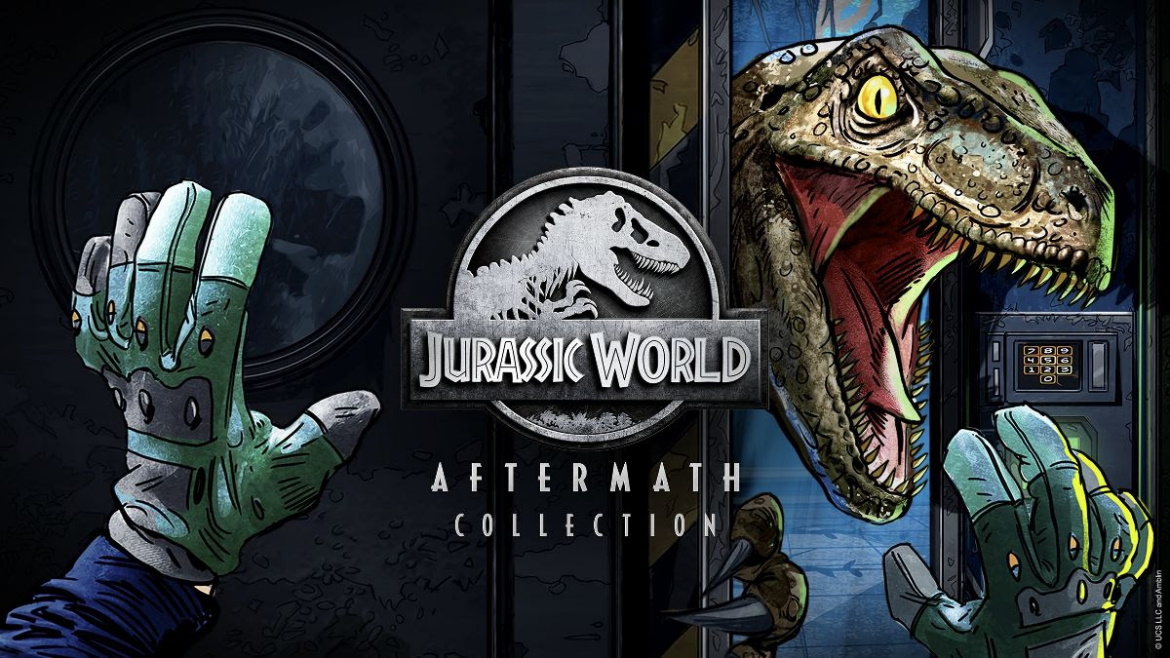 Can you manage to survive?

Disclaimer
This Jurassic World Aftermath Collection is based on a Nintendo Switch copy provided by Coatsink.