Quirky and trippy adventure game Dropsy from Tendershoot, A Jolly Corpse, and Devolver Digital has now landed on Nintendo Switch. The game was originally released on PC back in 2015, and it’s now getting a chance to shine on console, which is certainly great news because this is a point and click adventure game that more people need to check out! Dropsy tells the story of its titular character, a clown who finds himself in a predicament after a life-changing event. 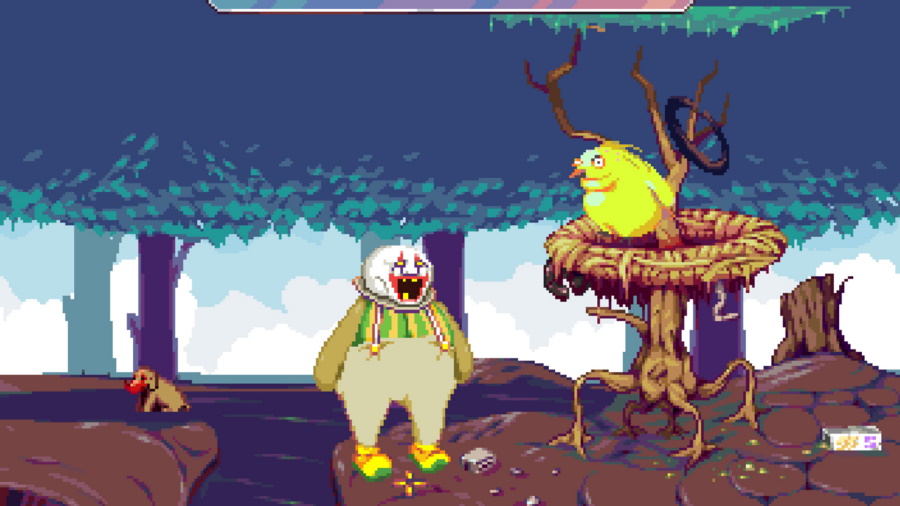 A deadly fire has consumed the circus, and Dropsy the Clown has been blamed for it! He finds himself on a journey of self-discovery as he tries to clear his name while everyone seemingly turns their back on him. But Dropsy is a big clown with a big heart, and he won’t let this stop him from helping those in need. Love is very much a huge part of Dropsy’s persona, so there are going to be plenty of hugs for you to give to those that you meet as you help the big clown on this path toward redemption.


Dropsy’s eventual journey to the Nintendo Switch started way back in 2011 when indie dev Jay Tholen – who you might remember for the just as trippy Hypnospace Outlaw on Nintendo’s console – took the project to Kickstarter with a minuscule goal of only $225 for a much smaller type of experience. This was followed up in 2013 with another Kickstarter seeking $14,00 in funding for the development of the Dropsy we now get to enjoy on Nintendo Switch. Once the crowdfunding campaign ran its course, the final tally was close to $25,000 in total, thanks to the support of almost 1,300 backers who believed in Dropsy having a future… and here we are now! 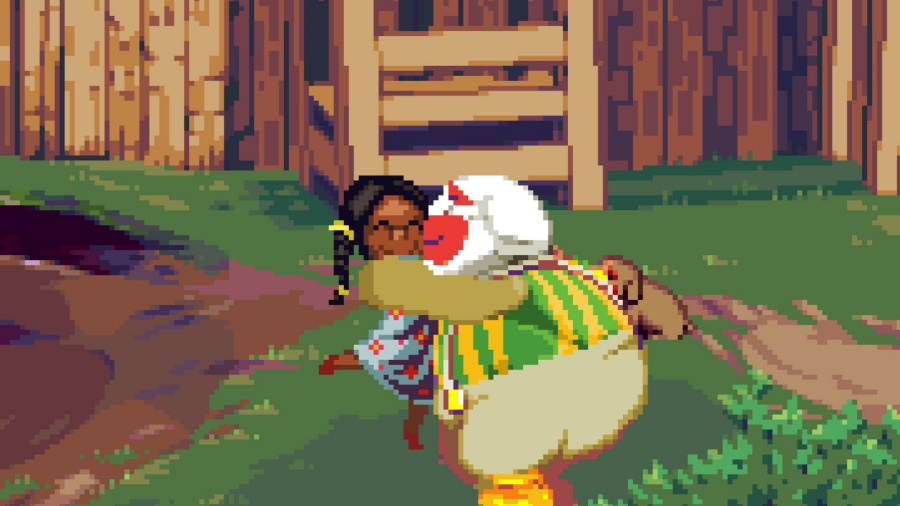 You can play Dropsy with the Nintendo Switch Joy-Con, the Nintendo Switch Pro Controller, or by using the console’s touchscreen when playing in Portable or Tabletop Mode, or if you’re taking Dropsy for a spin on a Nintendo Switch Lite. When using physical controllers, you’ll move a cursor around the screen with the left analog stick as you interact with objects and characters with the A button. The items that you collect will be added to your inventory, which you can check with the X button. 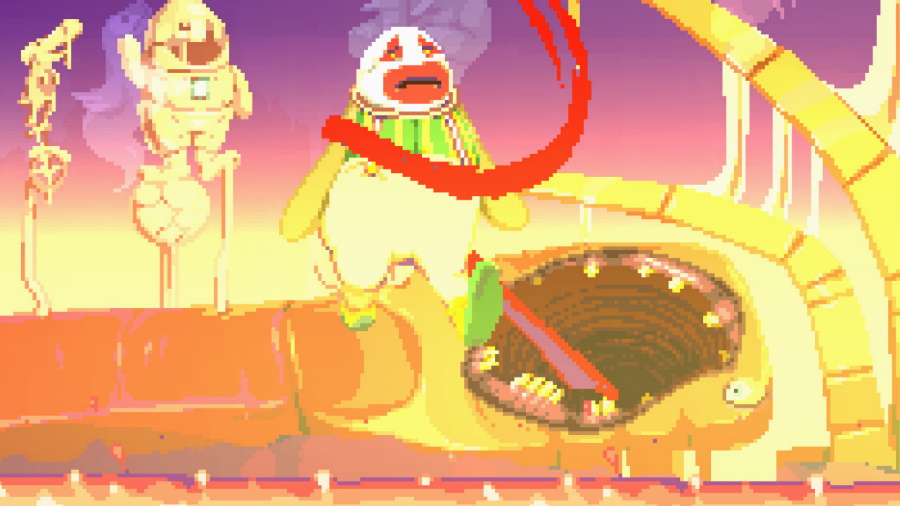 Something that makes Dropsy very different from the traditional point and click adventure games we all know and love is that it aims for a bit of an open-world type of experience. This makes the game stand out among its peers in the genre since it offers a non-linear experience that you can take on at your own pace, exploring here, there, and everywhere as you complete puzzles, meet new characters and find a way to help as many people as possible. And instead of using words to communicate with others, you’ll get a text-free experience in which visual icons will show you what is going on.


Dropsy is a quirky and trippy point and click adventure game that has finally made its way to the Nintendo Switch. It’s been many moons since its development was funded by way of Kickstarter, and I’m glad to see that it’s getting a new shot on Nintendo’s console. The game offers a non-linear experience that is a lot of fun, and it’s one that is worth checking out as you play at home or on the go. Dropsy is out on Nintendo Switch with a $9.99 asking price. 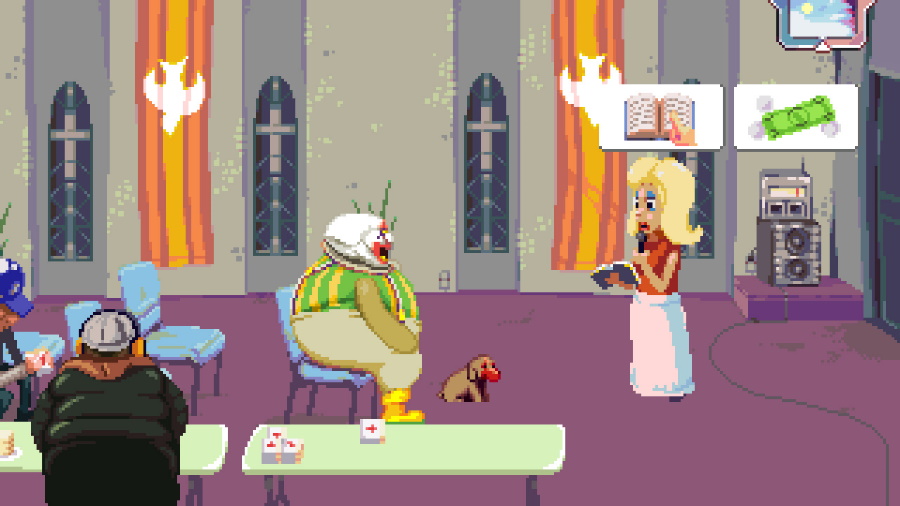 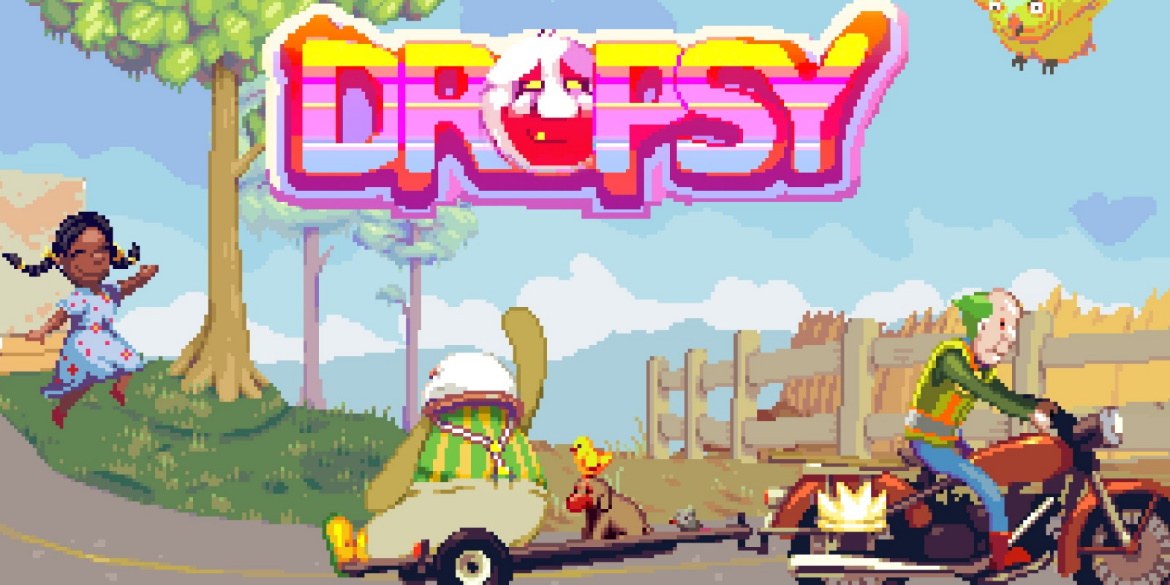 Disclaimer
This Dropsy review is based on a Nintendo Switch copy provided by Devolver Digital.