Car Mechanic Pinball from SONKA has an interesting premise, but does it nail its execution? You take on a job at a former game development studio that has decided to pivot into working on fixing cars since they have plenty of experience in fixing stuff that is broken… over and over. Each vehicle that needs to be fixed will arrive in different conditions, and the more you repair, the bigger the profit margin! You’llYou’ll be able to select which car to work on, and you can check how much work you’ll need to do and what your profit will be. 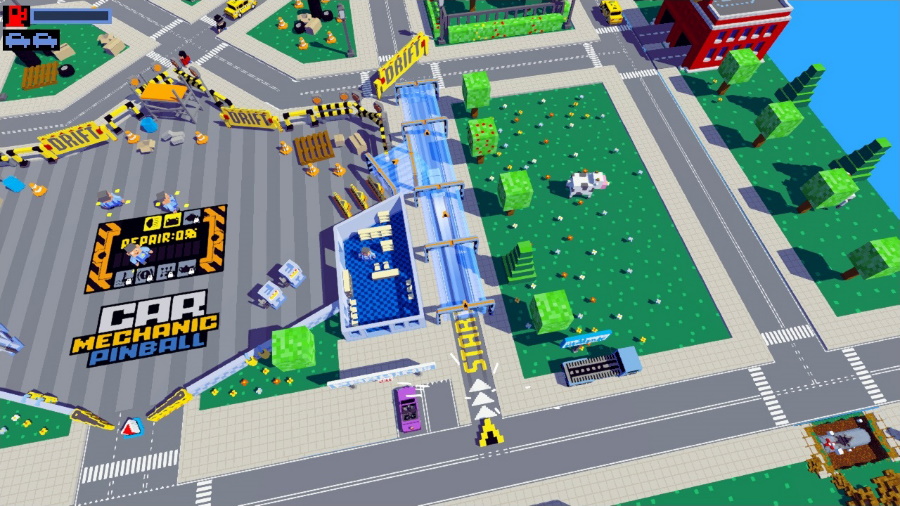 Since pinball is right there in the game’s name, that means that you’ll have to send in a car onto the playing field and hit it with the flippers to collect extra coins and fix whatever is wrong with it. For this, you’ll press the L and R buttons to use the flippers for a light hit or use the ZL and ZR buttons for a stronger one. Press the X button for the car to get an extra boost or to shake free whenever the car is stuck. To repair car parts, you’re going to have to hit mechanics with the car. Once a car has been repaired, it must be returned to the client, for which you need to press the Y button to open the gate on the left so that the car can exit.


The coins you collect can be used to purchase upgrades, such as a drift practice area where cars can drift with the L and R buttons after collecting some fuel, a safety pin that can save a car from being totaled, a battery replacement station, a lights repair station, or maybe even hire an additional mechanic in order to speed up the repair process. The more stuff you buy, the more repairs you can work on, thus increasing your potential profit for each week so that you can then purchase more stuff. 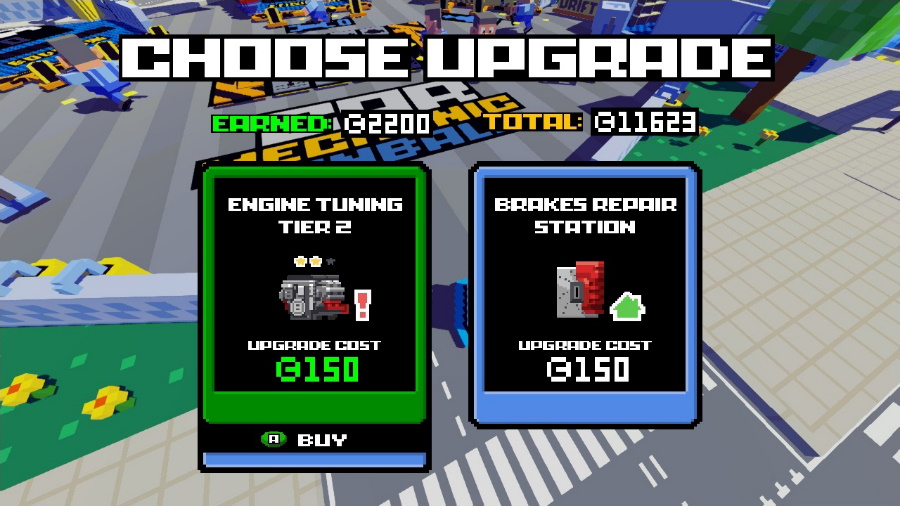 The pinball area itself is really tiny, and you can add even smaller mini-pinball areas at the top by way of the upgrades, which will happen 8-10 in-game weeks in, depending on your performance. The drifting area at the “top” of the screen is larger, but it’s also kinda weird. You can technically drive the car after collecting some gas in the pinball area, using the ZL and ZR buttons to drift left, drift right, or go straight by pressing both at the same time. In practice, the car moves in a hectic pattern since it hits trees, cars, and people on its path, and it can easily end up on the left or the right of the screen, where you won’t be able to control the car at all, thus totaling the vehicle and ending your repair work for the week. 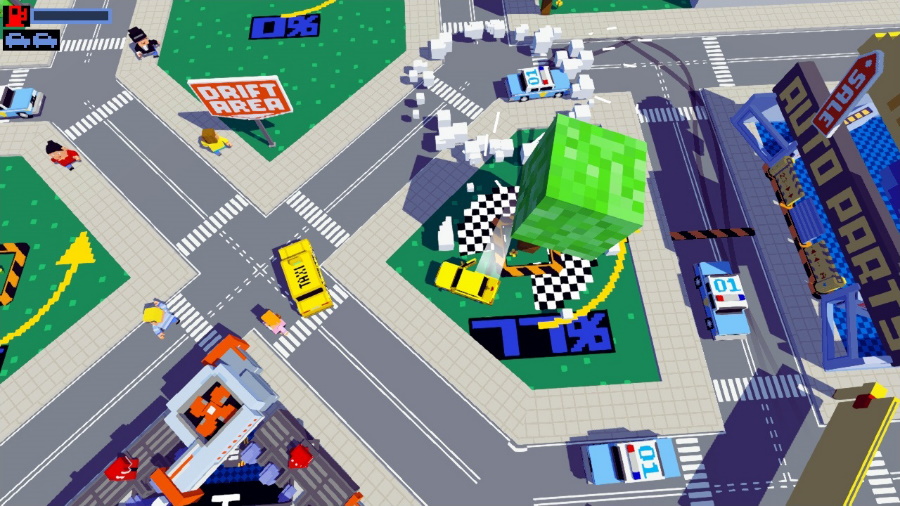 Car Mechanic Pinball has an interesting premise, but unfortunately, the execution falls short of the expectation. The gameplay loop is not amusing, the pinball playing area is too barren and lifeless, and the drifting is unprecise and too hectic. Car Mechanic Pinball is out on Nintendo Switch with a $4.99 asking price. 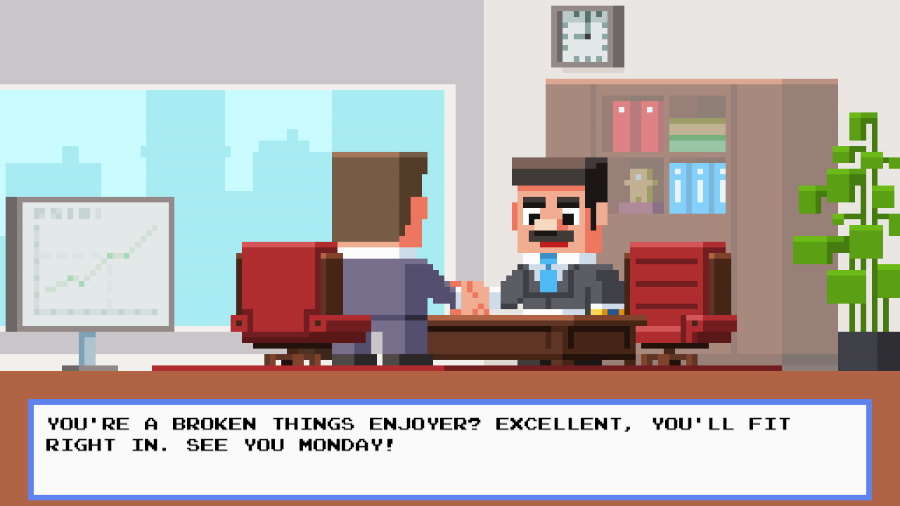 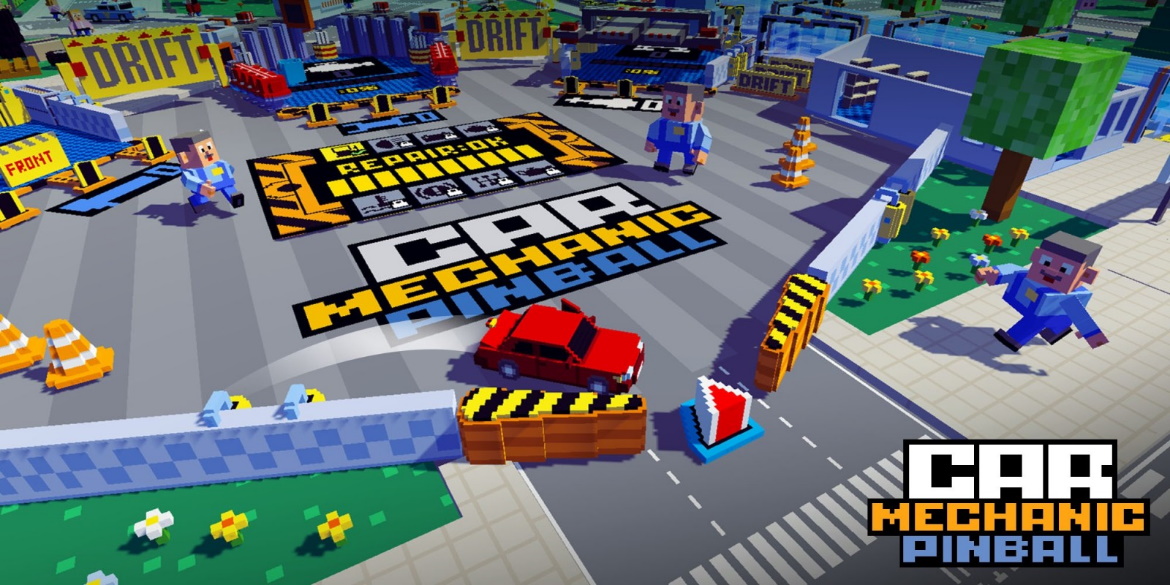 Disclaimer
This Car Mechanic Pinball review is based on a Nintendo Switch copy provided by SONKA.

Roundup: Top Indie Gems Released On The Switch In 2022