ININ Games, in partnership with Rogueside and under license from Games Workshop, are working on a physical PlayStation and Nintendo Switch release for Warhammer 40,000: Shootas, Blood & Teef. Come check it out!


The Orks, a savage race commonly known as the ‘Green Tide’, sweep across the stars with unrivalled violence in frenzied crusades known as a Waaagh! They are savage, brutal and crude, outnumbering all other races that lay in their path of destruction.

Become the spearhead of an Ork invasion as you bash, smash and shoot your way through the hive city of Luteus Prime on a mission to retrieve your hair squig and claim vengeance on your warlord! And just maybe become the warboss of a WAAAGH! along the way? Survival of the strongest has never been so violently fun!

Never enough Dakka! Destroy your foes using a great arsenal of weapons and rain destruction down upon them. No one can stand in your way! Massive explosions and flying body parts ain’t never been this fun!

WAAAGH! Feel the emotion and violence build up until it bursts out as a storm of bullets! Violence begets violence as the massive destruction you cause builds up into a full blown unstoppable WAAAGH! Because Orks are made for two things: fighting… and winning!

Orks together strong! Grab your friends and take on the forces of the Astra Militarum, the Genestealer Cults and the Space Marines together. Or you know, bash their head in instead and determine who is the fiercest Ork in the clan! 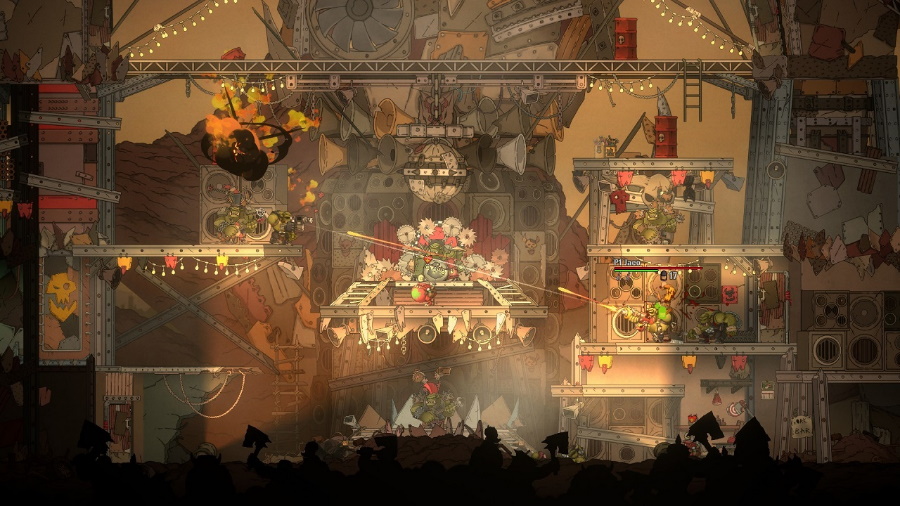 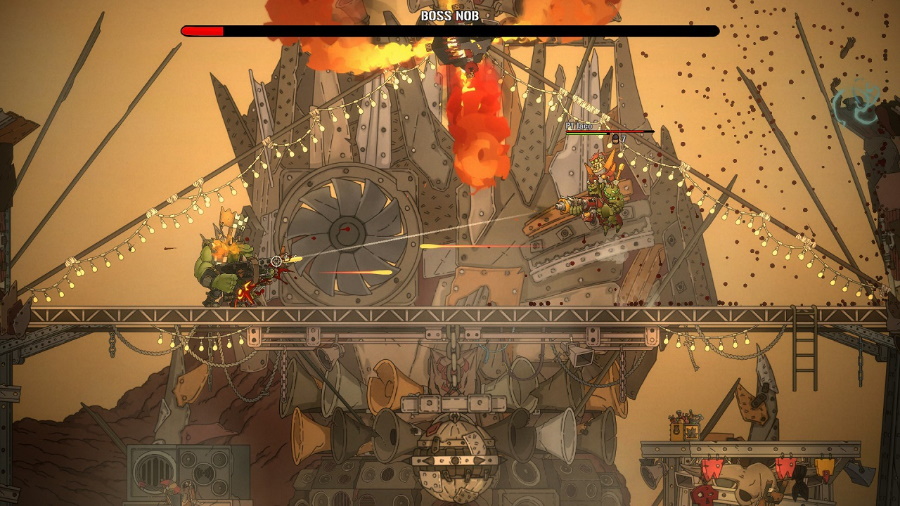 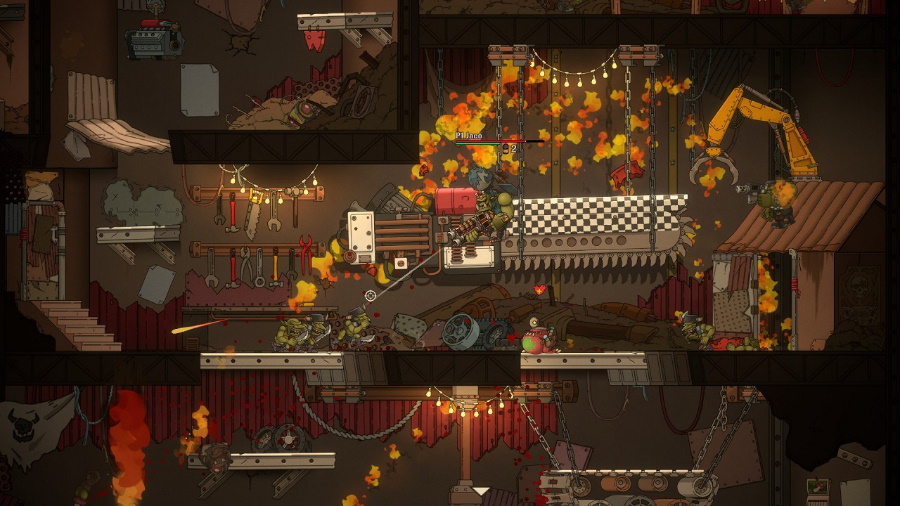 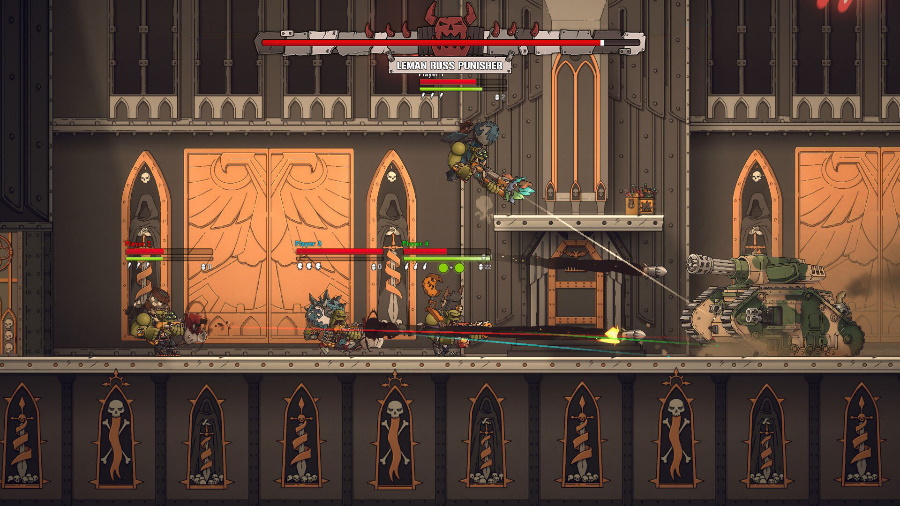 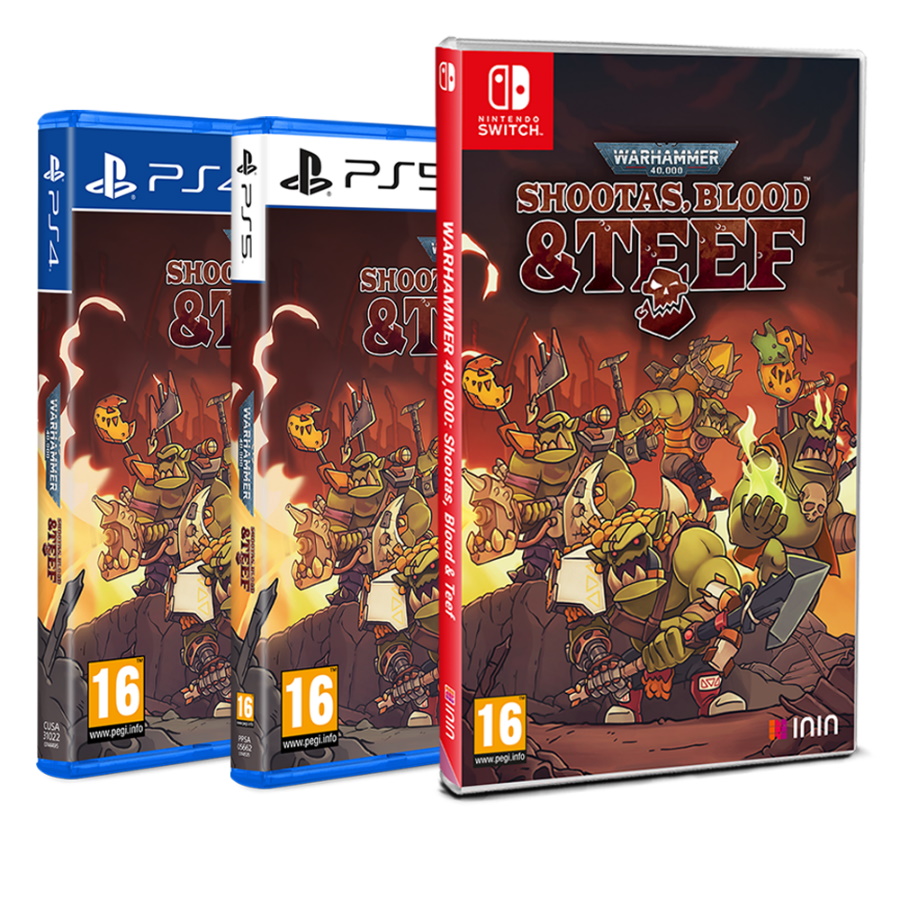 The Limited Edition includes a colorful game manual and is limited to 3,500 copies for Nintendo Switch and 1,500 for PS4 and PS5 each. All games are individually numbered. 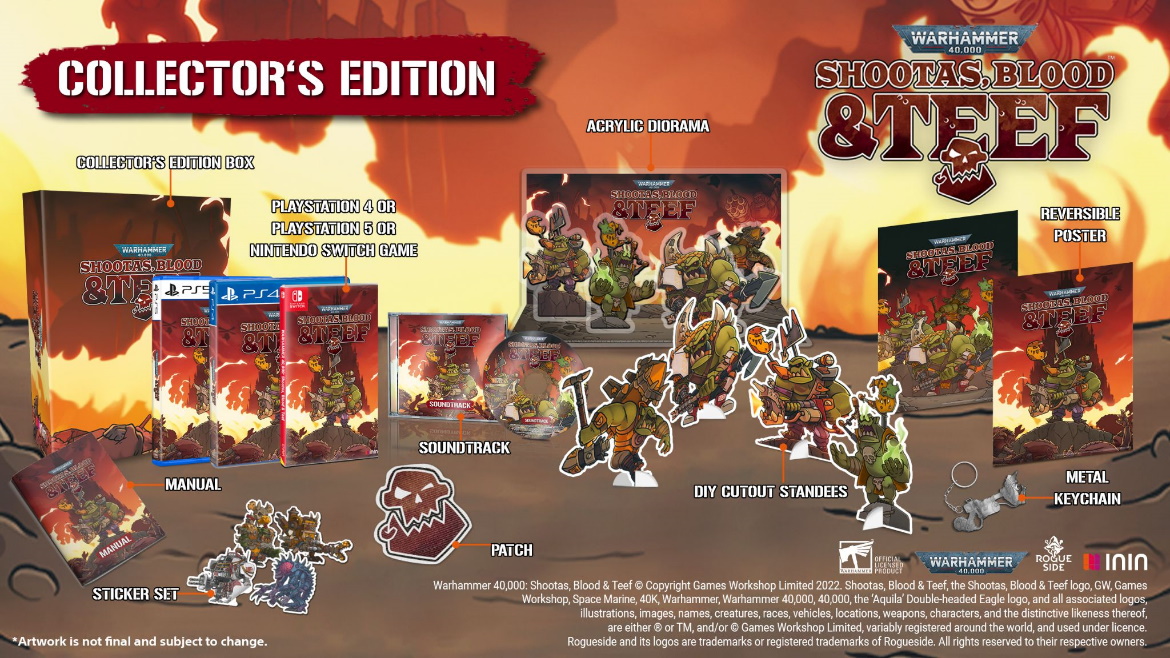 And then we have the Collector’s Edition which is limited to 2,500 copies for Nintendo Switch and 1,000 for PS4 and PS5 each. This orktastic edition is priced at €59.99 / $65.99 and includes the following exclusive collectibles:


We’ll be working on a review for Warhammer 40,000: Shootas, Blood & Teef from ININ Games, Rogueside and under license from Games Workshop, so be sure to stick around at PS4Blog.net!