We’ll be working on a review for Voodoo Detective, so I got in touch with Short Sleeve Studio to talk a bit about the game and its development. Come check it out!

PS4Blog: Good morning! Thank you for joining us. Could you please help us get started by telling our readers a bit about yourself and your work?

Good morning! We are Short Sleeve Studio, the crack team behind Voodoo Detective. And when I say team, I mean myself, Eric Fulton, my dear friend Eric Ackerman, and a group of unspeakably talented artists of every conceivable discipline. Eric and I wrote and directed the game. I was the producer and programmer. Everything else was handled by the aforementioned team of unspeakable talented individuals.

Eric Fulton: Professionally, I’m a software engineer. Voodoo Detective was my first game and probably the single most rewarding experience of my life. Outside of work, I’m a fan of music, a player of games, a film nut, a watcher of anime, a slayer of evil, and a real go-getter. I guess that about sums it up.

Eric Ackerman: I’m a hunk rocker with a heart of gold-plated muscle. My great loves in life are cartoons, rock and roll, Voodoo Detective, and working with Eric Fulton. When I’m not busy being interviewed by PS4Blog dot net, I spend my time writing adventure stories and rock and roll music or watching the blazing sun touch the shape of the wandering earth. My personal motto is: “I highly recommend everyone play Voodoo Detective.”


PS4B: On that note, Voodoo Detective is out on Nintendo Switch. What can you tell us about this project?

Voodoo Detective is a 2D, hand-drawn, fully voice-acted, point and click adventure game! It was inspired by classic adventure games from the 1990s that sprang from LucasArts and Sierra On-Line, like champagne from a fountain at a particularly decadent party. Don’t get me wrong, we don’t seek to replicate the past but rather to draw from it what was best and improve upon everything else.

We should mention that our soundtrack was composed by Peter McConnell of Grim Fandango and Monkey Island fame. I’m not objective, but I can say, with all honesty, it’s the best video game soundtrack of the past decade. And that soundtrack will be available [REDACTED]! 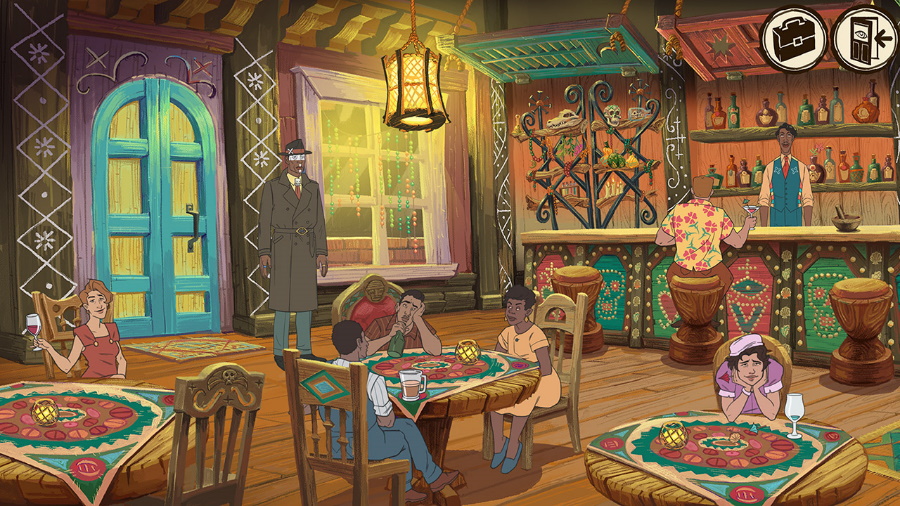 PS4B: How long did it take to develop the game? Were there any particular hurdles or challenges you had to overcome during the process?

The one area we struggled with more than anything else was PR. The job of promoting the game and keeping interest alive with a constant pulse of new details was not one that we started doing soon enough or with enough fervor. If I had to do it all again, I’d make sure to be promoting the game during development and not just at the tail end. 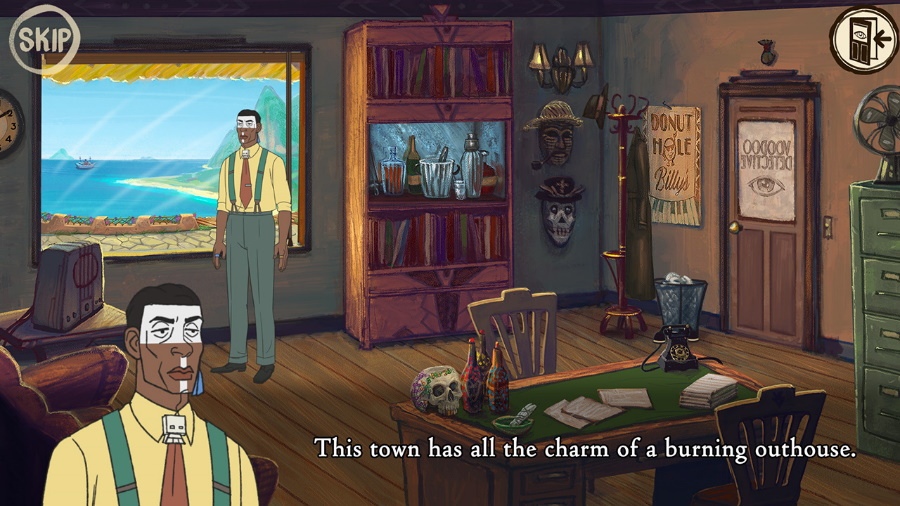 PS4B: Since Voodoo Detective is a hand-drawn adventure game, I was wondering if you had considered working on a digital or physical art book for this project.

It’s definitely something we’ve considered! We’d love to put out an art book at some point since there’s so much of it. We just haven’t had the time to contemplate it with all the other irons in the fire. Porting to the Nintendo Switch was the top priority, and now we’re working hard with Peter (well, Peter’s working hard) to release the soundtrack. We’ve also had lots of requests for localization, so it’s a triage, but we’d love to do it at some point. 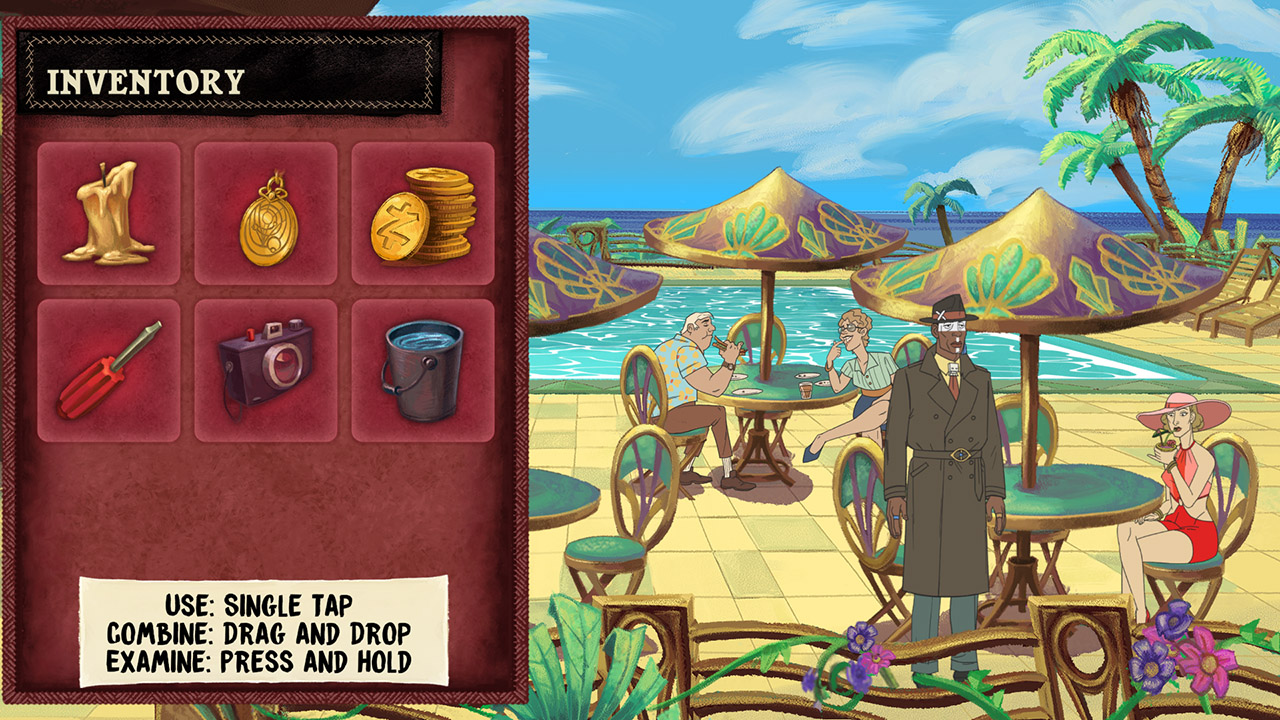 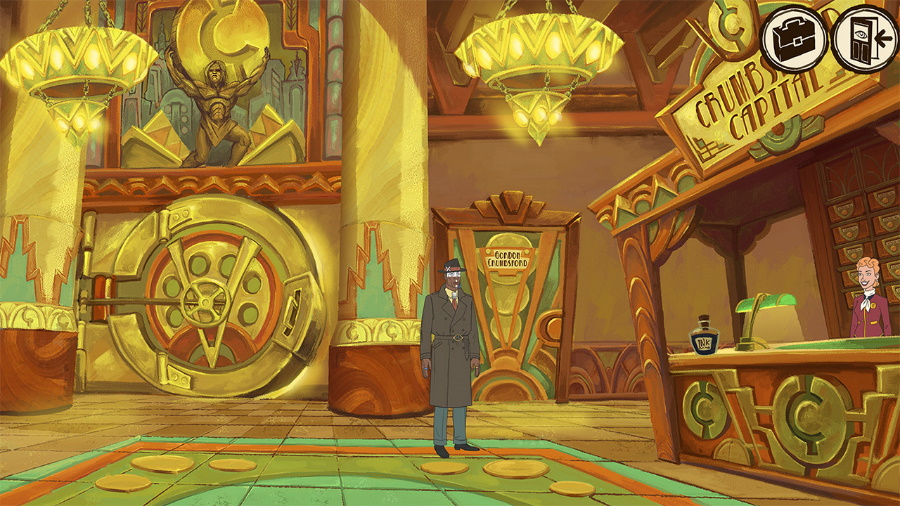