Ghost Song is finally making its way to consoles, so I got in touch with Matt White to talk a bit about the game and its development. Come check it out!


PS4Blog: Good morning! Thank you for joining us. Could you please help us get started by telling our readers a bit about yourself and your work?

Sure! I’m Matt, and for about the last decade, I’ve been working in indie dev. Prior to that, my background was in illustration. I worked for a few firms and sometimes as a comic book artist – mainly just in trying to get my own original comics off the ground. I came close once but never managed to make that my job. Game dev turned out to be much more appropriate for me and was the creative outlet I had been searching for.


PS4B: You’re getting ready for the launch of Metroidvania Ghost Song on consoles. How would you describe the game to someone who’s not familiar with the project?

Ghost Song is a Metroidvania, meaning it has many of the hallmarks any of these games have. Exploring a map, ability-gated progression, that type of thing. The game puts special emphasis on immersion and atmosphere – as well as its characters! It may not seem it at a glance because it starts out pretty slow, but ultimately the game is very grounded in characters, and I hope as people play it, they’ll enjoy that aspect.

Mechanically, I feel the game is fairly unique, as it attempts to merge Metroid-like shooting with melee mechanics. Wrangling these two things and balancing the combat was difficult, and I hope that I’ve succeeded to some degree. 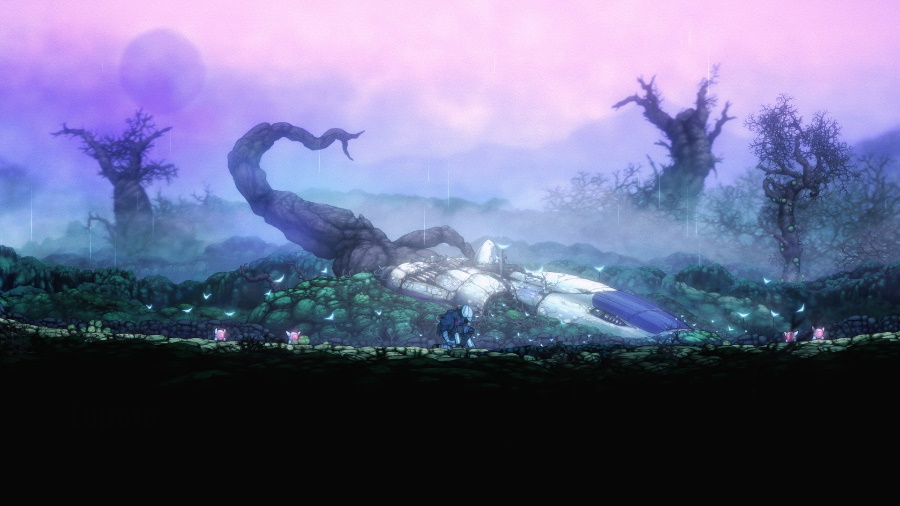 PS4B: The first time I got to see Ghost Song was during its Kickstarter campaign in 2013, so… it’s been a while! What has changed between that initial vision you had for Ghost Song and the game we’ll get to play on November 3rd?

The core philosophy hasn’t changed all that much, but things definitely drifted, particularly in 2018 when the game was completely rebooted. Melee mechanics came later, but aside from that, I think the main evolution is in the character side. The early versions of Ghost Song back in 2013 through 2018 were patterned more closely after Dark Souls, with the surreal characters that speak in riddles. The current version of the game left some of that behind to become more grounded – the main character, our protagonist, now speaks as well. She is not silent the way she was in the earlier version of the game, and I feel this is an important decision that worked out for the best. We put a lot of effort into making her unique and not like the usual video game protagonist, and I sure hope everyone likes her! 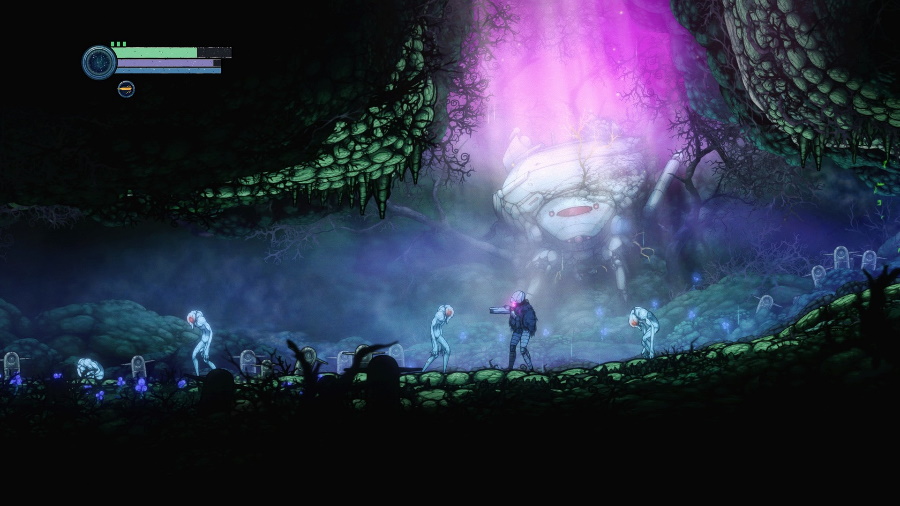 PS4B: How did the collaboration with Humble Games come to be? How did their involvement help to bring Ghost Song back on a path toward the finish line?

Humble Games came along at the perfect moment, as it happened around the time I realized I had to reboot the game in a new engine. The previous version of the game had become impossible to develop or finish due to technical issues with a game engine that wasn’t right for the job. It was also around this time that I realized I’d need some new form of income to keep things going full-time, and it all kind of clicked together perfectly.

Humble Games has been a good partner. They provide support and assistance without ever being overbearing. 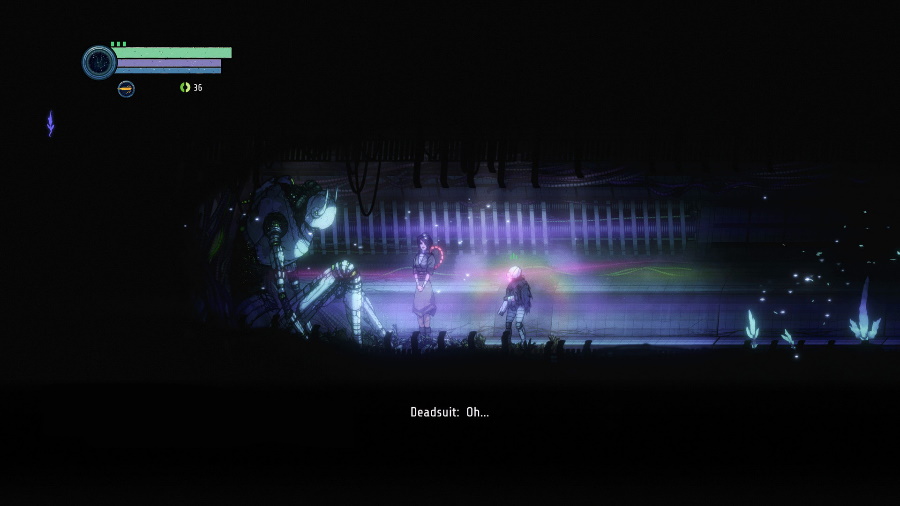 PS4B: Any chance for a potential physical release for Ghost Song on Nintendo Switch or PlayStation?

I think this is something to watch out for if you’re interested in it, but I can’t make a definitive comment on it just yet. 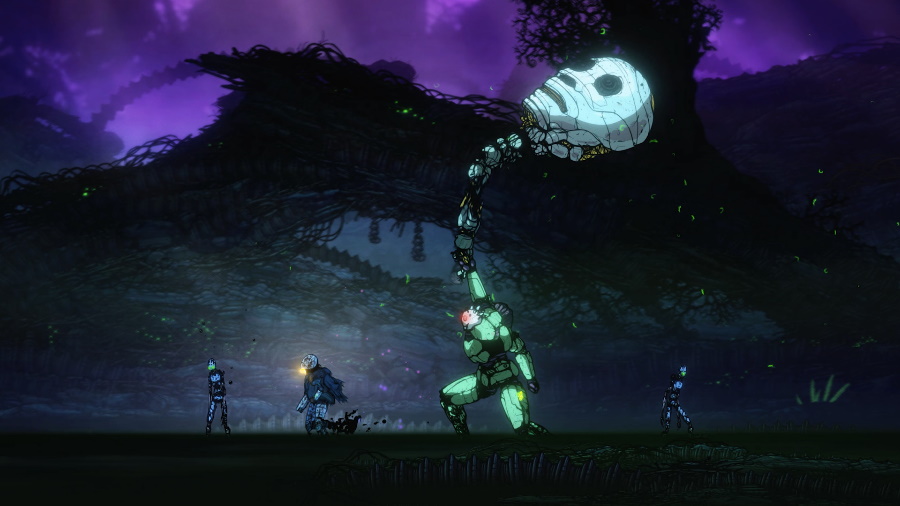 Thank you! And thanks to everyone who has been so kind over the years. It’s a relief to finally reach this point. 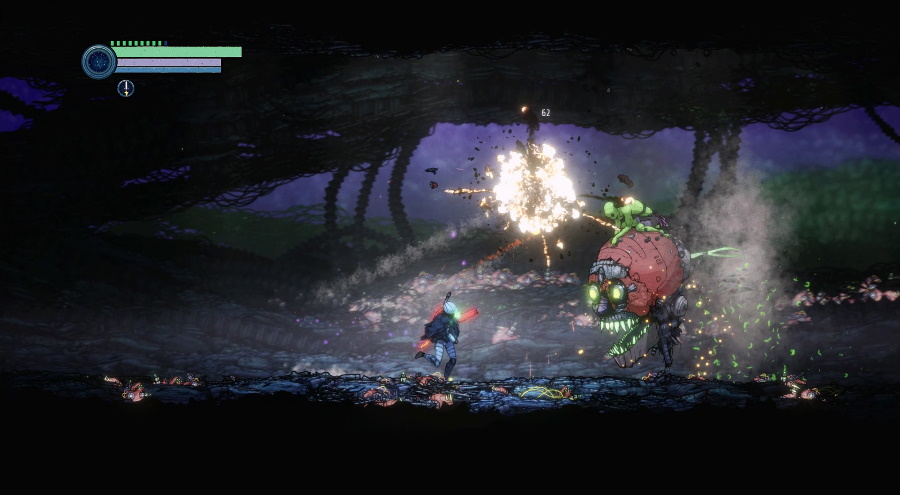