It is always interesting when you start a review with the intention of it going one way, and then a patch or an update is released halfway through, and you end up seeing the game in an entirely different way. It does leave you in an awkward position where most of your experience with the game has been one way, and then you reevaluate everything and are left wondering which experience has made the biggest impact on you. And thanks to Blind Fate: Edo no Yami from Troglobytes and 101XP, this is a question I have to ask myself.

Blind Fate: Edo no Tami is a side-scrolling action game where you play as Yami, an Edo Era Samurai but from an alternate reality in which Japan is taken over by cybernetics and robots far into the future. The Edo honor system and the rich lore and mysticism are there, but now we have cyborgs, so everything is 70% cooler. In all seriousness, Blind Fate’s world is a very interesting one. The mixing of the two different styles makes for an interesting setting, and the art design does an excellent job of capturing both sides of the coin, but that is not where Blind Fate’s selling point ends. 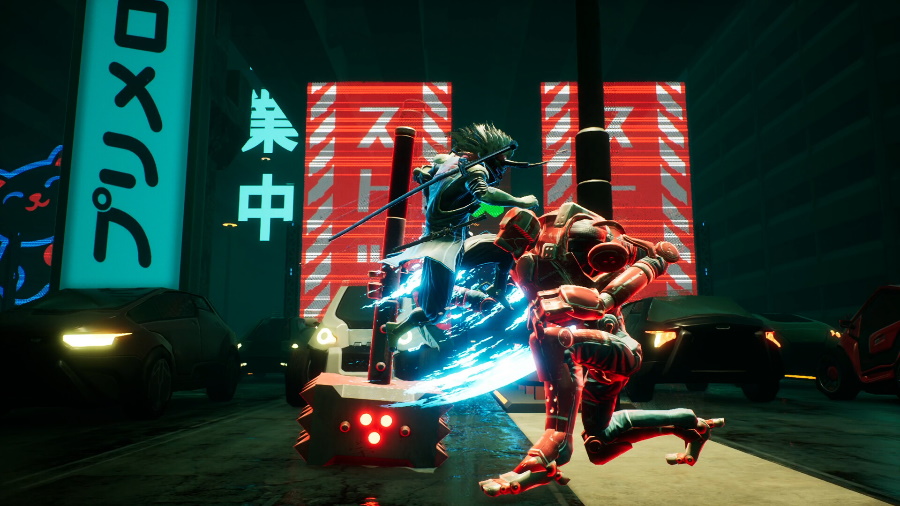 After a fateful encounter with the god Inazumi, Yami is blinded and left for dead, but after an intervention, Yami is given augmentations to restore his sight… kinda. To compensate for his lack of sight, Yami has to rely on his listening, his sense of smell, and his ability to feel the heat given off by the things around him. Unfortunately, he can only do one at a time. This is done by switching niftily between the different options by holding down the L2 button and using the left analog stick. It is a novel idea, as you need to be using the right sense to make sure you do not fall foul of a literal unseen enemy.


Switching between the different senses also affects how the player sees the world. As well as the three senses, Yami can also have a regular vision to see a digital representation of the world around him – it makes sense within the story. Switching between these four views allows the game to create some interesting puzzles that are not just limited to combat. Healing items, lore items, and other pickups can only be visible if approached with the right sense. Whilst this is interesting at first, it does mean you end up going back and forth through areas with different senses making sure you haven’t missed anything. If you plan to get 100% completion rating on the different stages you get to, doing this is a must.

Presentation-wise, the game mostly hit its marks. There are different worlds to visit, each with a number of stages and each stage with its own labyrinthine-level design. A few of them even have secret areas that lead off into brand-new levels of their own. This allows a bit of replayability as you come back to previously completed levels with new abilities to unlock sections you had no means of reaching previously. The levels are varied and will often switch through a couple of variations of design as you progress through, allowing insight into how Yami would view his surroundings. Whilst the majority of the visuals are great, there are some aspects that leave you cringing. For example, some of the animations of both Yami and some of the enemies you meet are unattractive. Maybe it was a budget thing, but whatever the reason, seeing a strange animation can be off-putting. The same can be said for other things you see frequently. 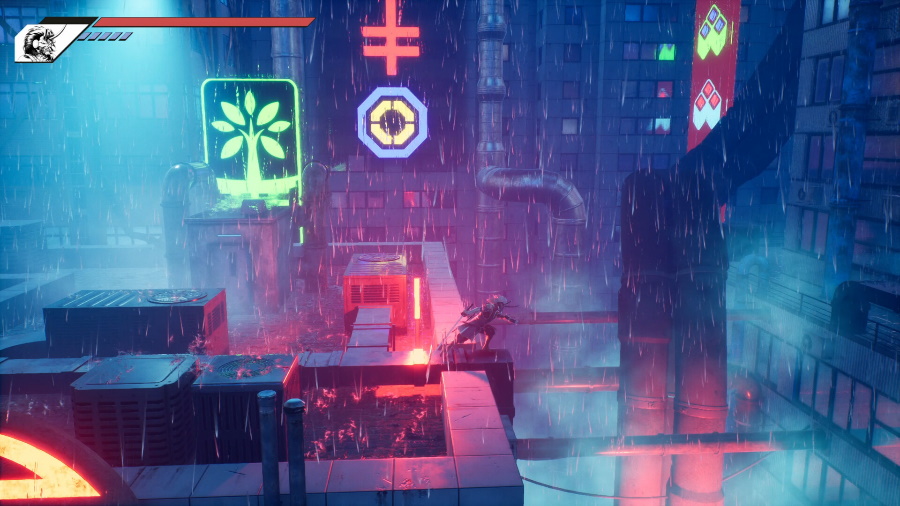 The combat is a standard 2D side-scrolling action affair. You use the Square button to attack and the Triangle button for gun attacks, but at the start of the game, the gun is so useless you should never go for it when the going gets tough. And by the time it becomes useful by unlocking upgrades through a skill tree, it is near impossible for it to get into the combat mix, so you end up repeatedly mashing the Square button to attack and the Circle button to dodge roll out of the way. That might sound repetitive, but, in fairness, the game does try to make combat interesting.


For example, each enemy and bosses you encounter all have a stagger meter to their name, hit them enough times, and it builds but back away for even a second, and it depletes rapidly. You need to maintain pressure. Should you max out the stagger meter, an icon will appear by its name, matching one of your senses. Should you activate the matching sense, then you can trigger a powerful attack that can deal massive damage to enemies… which is great! What isn’t great is the fact that it is the same animation each time you land a critical hit, and since critical hits are integral to the game, be prepared to see that ad nauseum.

But weirdly, the critical strikes are not the most annoying part of the combat. Once in a while, you will encounter basic grunts whom you are able to do away with quicker than their heavier counterparts. To do away with them even quicker, you can trigger an “execution” on them that triggers a quick time event which does away with them quickly. The only problem is that the animation is the exact same execution each and every single time, labored and tedious to the point where it might be a lot easier to just use Square to kill them instead of executing. Combat, for the most part, is fun. The senses mechanic takes some getting used to but allows for some pseudo-puzzle-based combat to the gameplay. 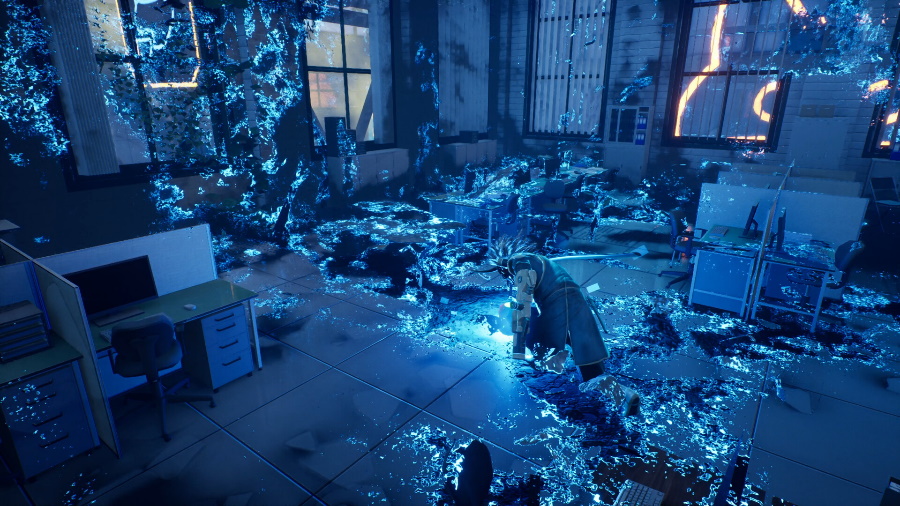 It was not fun when pre-patch, every single enemy in the game was a damage sponge, and it felt like you were hitting them with feathers. Even the most basic of enemies took forever and a day to go down, making it a slog to go through even on the easiest levels, but thankfully this issue seems to be fixed, and combat is a lot more streamlined and smooth. Whilst there are some issues with invisible and unreachable enemies who gun you from afar – by design and not a bug – combat is mostly fair and encourages you to be with your wits at all times and react accordingly to challenges as they arrive. Whilst the game lacks variety in some senses, it gives it in spades in others. There are quite a few abilities you can unlock and some challenges you can partake in to test your progress.


The game has a full trophy list with a Platinum trophy for you to work on as you aim to unlock 11 Bronze trophies, 10 Silver trophies, and 6 Gold trophies. There are several trophies that will pop as you complete some firsts – get your first lore fragment, first upgrade, first skill, first finisher, first challenge, first secret area – and as you work on defeating each of the bosses in the game. Along with that, you’ll have to gain all skills, all melee skills, all gun skills, all stomp skills, all dodge skills, and all air dash skills. And then, then you have to 100% each area that you explore. 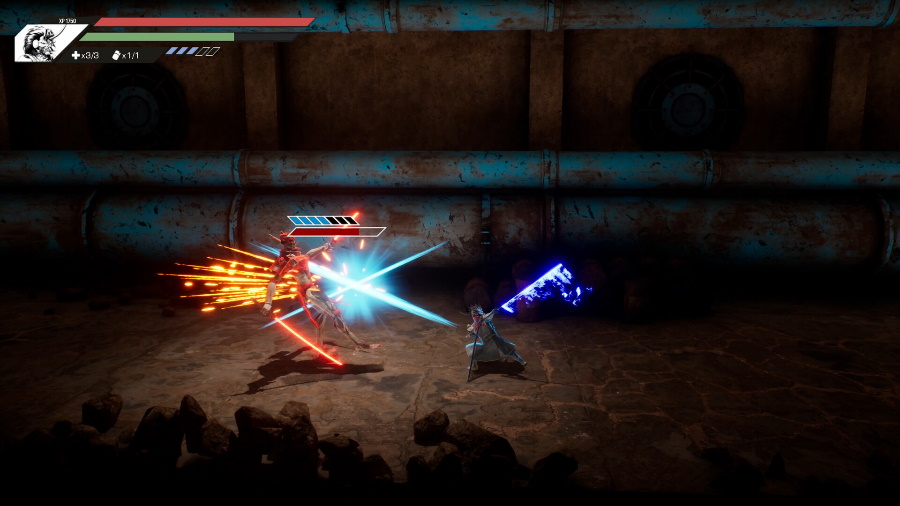 Blind Fate: Edo no Yami is a fine experience. The story is a lot stronger than you would expect and does a lot with the material given. The gameplay lacks a bit of extra polish in the finer sense, but by no means is it a turgid affair. Do not turn a blind eye to this if you get a chance to play it, but do know it’s an experience that not everyone is going to dig. Blind Fate: Edo no Yami is out on PlayStation 5 with a $24.99 asking price. There’s also a PlayStation 4 version available as a separate purchase. 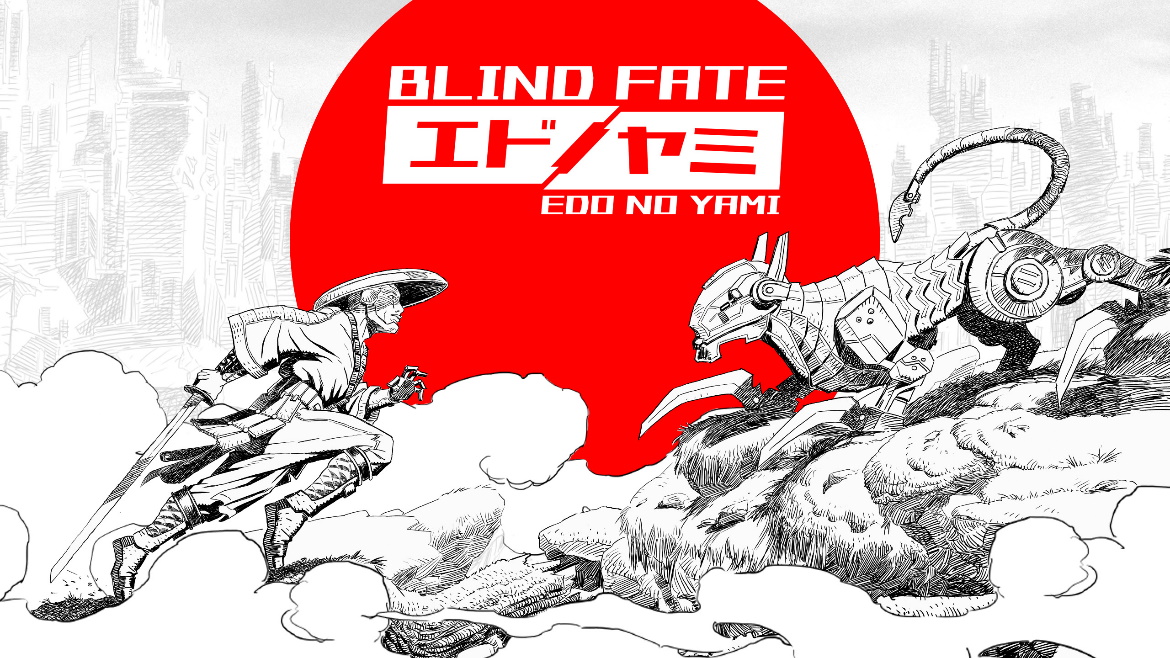 Disclaimer
This Blind Fate: Edo no Yami review is based on a PlayStation 5 copy provided by Troglobytes.