Potion Permit is a new game from MassHive Media and PQube in which you are a Chemist sent from the Capital to the small town of Moonbury to cure the Mayor’s daughter – but the citizens are wary of your presence. Read more about this new title in our Potion Permit review!


Become a small-town chemist and heal townsfolk of their ailments in this beautiful pixel life sim. The town of Moonbury has always been wary of the advances of the outside world, preferring to rely on their traditional methods of healing. Until one day, when the Mayor’s daughter falls ill, and the local witch doctor can do nothing to help her, they are forced to look outside their small community for help.

In Potion Permit from MassHive Media and PQube you are a chemist sent from the Capital to the small town of Moonbury in order to cure the Mayor’s daughter using your knowledge of potion making. The Mayor is really happy to see you arrive in town, but most of the residents are wary of you because of your predecessor’s actions, which jeopardized the island’s nature.

As the game starts, you’ll have to configure your avatar, selecting its gender and name. I would recommend you to take some time to choose a name you like because the other citizens will be saying it… a lot. Once this is done, you’ll notice that the main character is silent throughout the whole adventure and only reacts with emojis. I liked how talkative the main protagonist was, even though they didn’t say a single word. 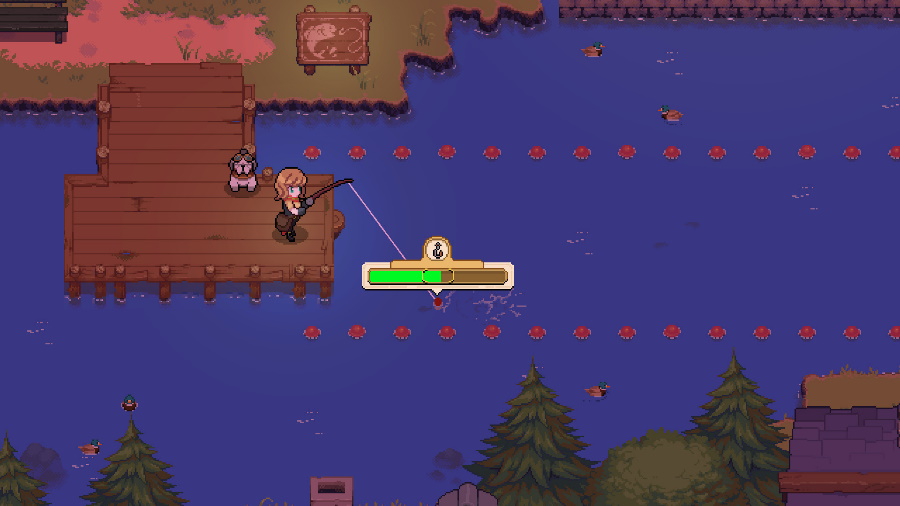 For each day in Potion Permit, you’ll see the day of the week in your HUD in the upper right, along with the current hour. Each of the citizens has their routine based on the time and day and will be moving accordingly to their own schedule. Each one of the thirty or so NPCs will also get some character development throughout the game, and you’ll eventually get to know by heart where they should be at any given time. On top of that, each NPC will get full character development in three stages ranging from wary to friendly. As you can already imagine, there are a lot of events that can happen throughout your time in Moonbury. Be warned that the game starts really slow, and you won’t have much liberty before you’re past the 2-3 hours mark.

Being a chemist, you’ll mostly work as the doctor of the citizens. As each day begins at 6 a.m., there’s a good chance that a citizen will require medical attention in the clinic, which is located right next to your house. As you care for the patient, you’ll have to diagnose the issue using one of the few (very easy) available minigames. Once the issue is diagnosed, then you’ll move to your house to brew the potions. Crafting potions is another fun minigame in which each of the available items is a Tetris-shaped piece, and you have to complete the shape required by the potion recipe. Since more complex recipes require more items, this remains fun and fresh even later in the game. As you help the citizens, they’ll eventually care about you and the town and will repair its initial pitiful state.


You’ll have three tools as you begin the game: a sickle to collect plants, an axe to chop trees into raw wood, and a hammer to break boulders into smaller rocks. Nearly every upgrade to the city you’ll take part in will require money, wood, and rocks. As you use your tools, your stamina will also decrease, and you’ll notice this is one of the limiting factors of your day since you’ll run out of stamina way before a game day is over. I did have a recurring annoyance about the tools because when you change the active one by pressing the L1 or R1 buttons, it is only shown in the upper left corner of the screen and isn’t shown in the main character’s hand, which required me to change my focus to the upper section of the screen instead of continuing with my action.s 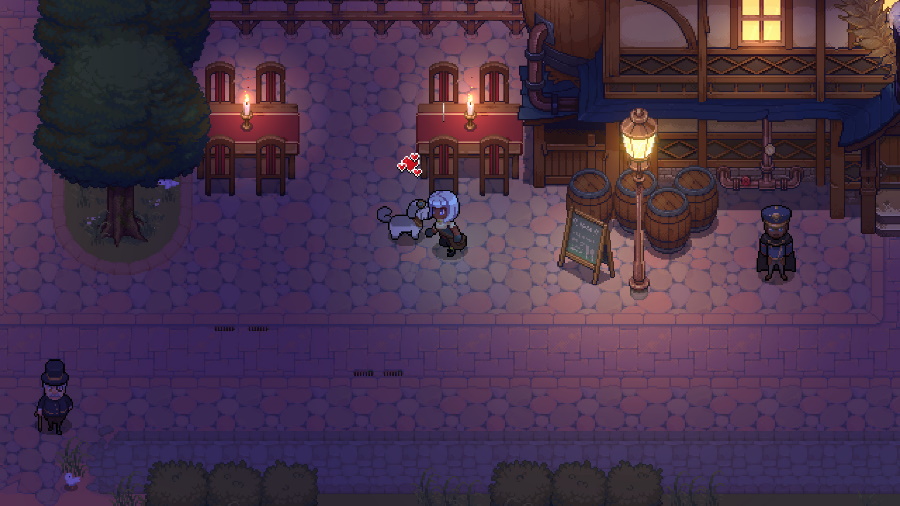 As for the world itself, it is truly one of the tiniest game worlds I have seen in a good while. I would even say that Potion Permit’s Moonbury is smaller than the overworld for The Legend of Zelda: A Link To The Past. The city takes up a little less than half of the island, and on the right side are three zones: the first one being the green meadows, then the second one is the glacier on the upper part of the island, then the third one is a desert in the lower section. The quests are surprisingly always fresh thanks to the character development, but as for the actual requirements, they always revolve around resource collecting or delivering objects to people.

Speaking of the world size, I had an issue with the game balance. The island size lured me into thinking that this game would be completed in a few hours, but I was proven wrong with a campaign that is around 15-20 hours. You’ll constantly have to grind wood, rocks, and sometimes money because the game balance feels off. You’ll spend a few real-life hours chucking wood and breaking rocks, which I thought was way too much for its own good. I had completed a series of steps, and I had finally obtained the Metal Cogs needed to open the new zone. I then went into the stores to upgrade my equipment since I had some money, wood, and rocks left. I then went to the new zone and was greeted by the screenshot below. This is about 30-45 minutes of real-life repetitive chucking wood and breaking rocks at that point, and it feels like its sole purpose is artificially inflating the game duration. 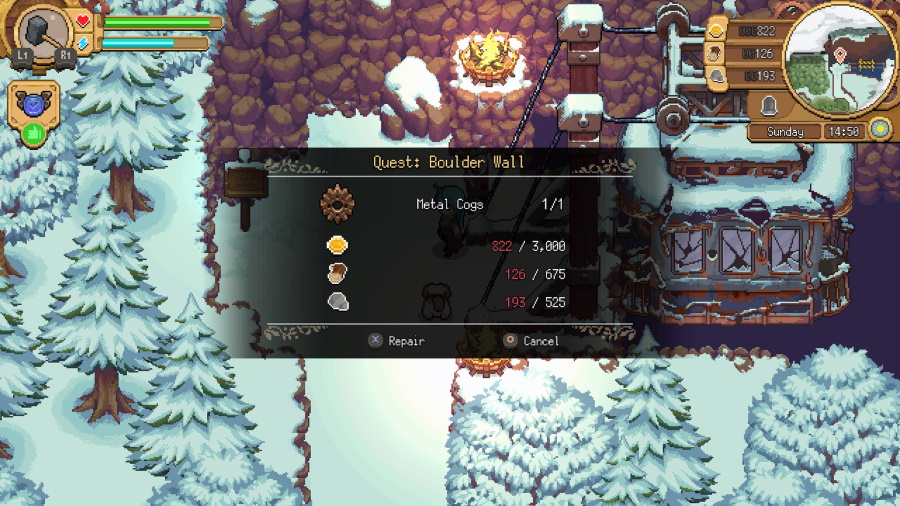 On the presentation side, this game is flawless. The pixel art style makes this one feel like it was designed for a 16-bit console, but with the 21st-century quality-of-life improvements you’d expect from a game launched in 2022. The character animations are fluid, and I liked how each NPC has a distinctive style, so you’ll be able to quickly recognize all of them as the game progresses. The soundtrack was great, and it has some themes that will stay in your head after a play session.


Potion Permit has 37 trophies, which means it includes a Platinum trophy! The list has 19 Bronze trophies, 15 Silver trophies, and 3 Gold trophies, and since this is a Cross-Buy title, you can work on adding two Platinum trophies to your collection. The first trophy will pop when you start a new game. After that, you’ll get new trophies for successfully curing a lot of patients, failing to cure some patients, rolling 1,000 times, brewing your first potion, brewing a whole lot of potions, cooking plenty of food, improving your friendship with the villagers, as well as collecting 10,000 coins, 1,000 wood, and 10,000 stones, to name some examples. 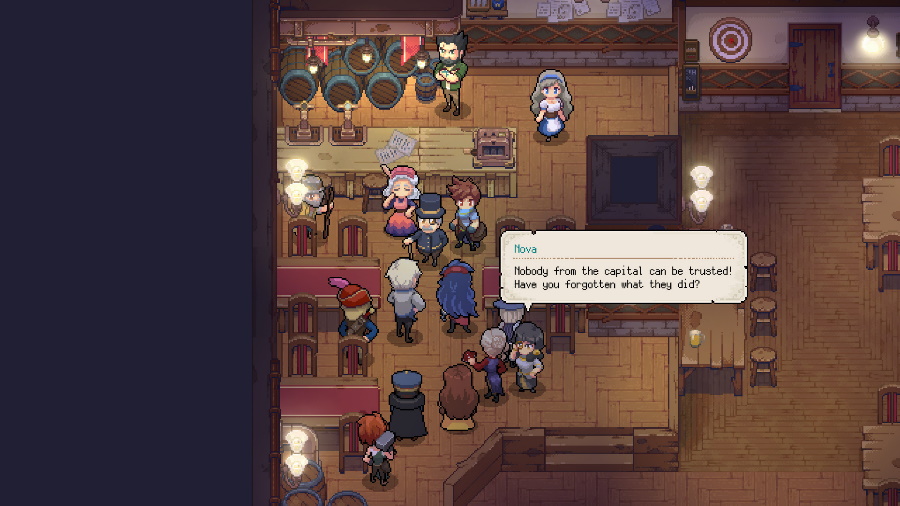 Potion Permit is a great experience with a lot to do on a tiny island. You’ll explore the different zones by collecting resources or developing your relationship with all of the NPCs this game has, and each one has its own personality. I had a lot of fun playing and had a hard time putting my controller down, going back for “just one more day” while ending up going to bed way too late at night. I loved the presentation, and the soundtrack was great, but there were a few pacing issues, and you’ll have to grind for a lot of wood and stones to complete your objectives. Potion Permit is out on PlayStation with a $19.99 asking price, and since the game is Cross-Buy, your purchase will provide you with both the PS4 and PS5 versions of the game at no extra cost. 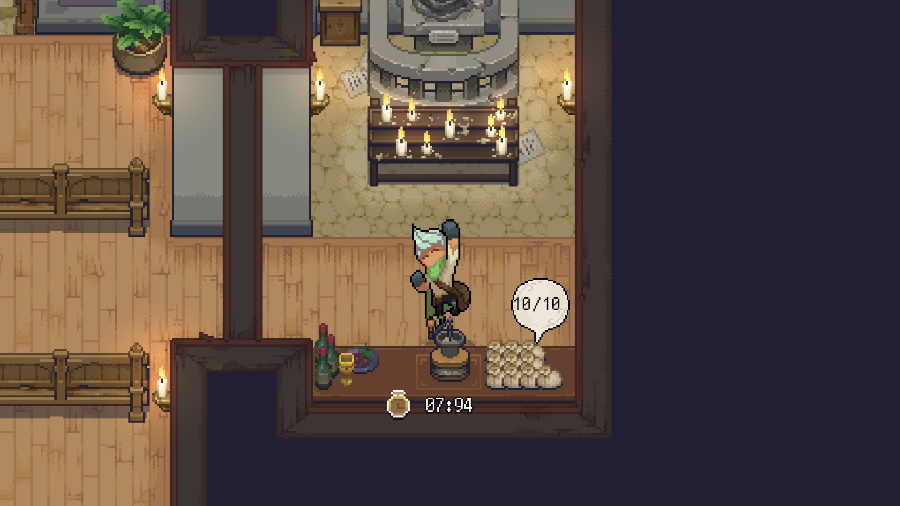 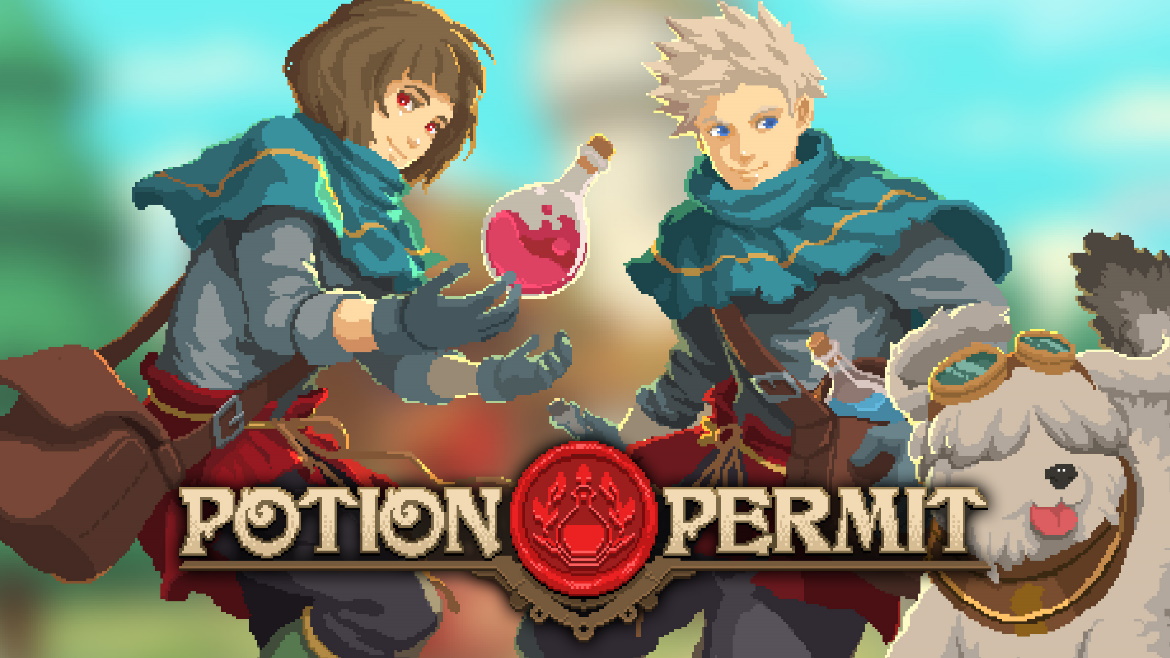 Great and fun life sim with a killer presentation

Disclaimer
This Potion Permit review is based on a PlayStation copy provided by PQube.