Sequel Nickelodeon Kart Racers 3: Slime Speedway from GameMill Entertainment is ready to go on Nintendo Switch. This time around, we’re getting a revamped racing experience with 40 racers, 36 different courses to take on, a ton of customization options, an Arena Mode where you can take on other racers, as well as full voice acting for all characters! You can play this one on your own or in local multiplayer or go online to battle it out against games from around the world.

My kids helped me to review Nickelodeon Kart Racers 2: Grand Prix on Nintendo Switch, and they were very much looking forward to seeing what Nickelodeon Kart Racers 3: Slime Speedway had to offer. With 40 racers to choose from, there are certainly going to be several characters for you to favor. What’s the full list of characters you’ll be able to select from? It’s a big one!

The Legend of Korra
Korra

My Life as a Teenage Robot
Jenny 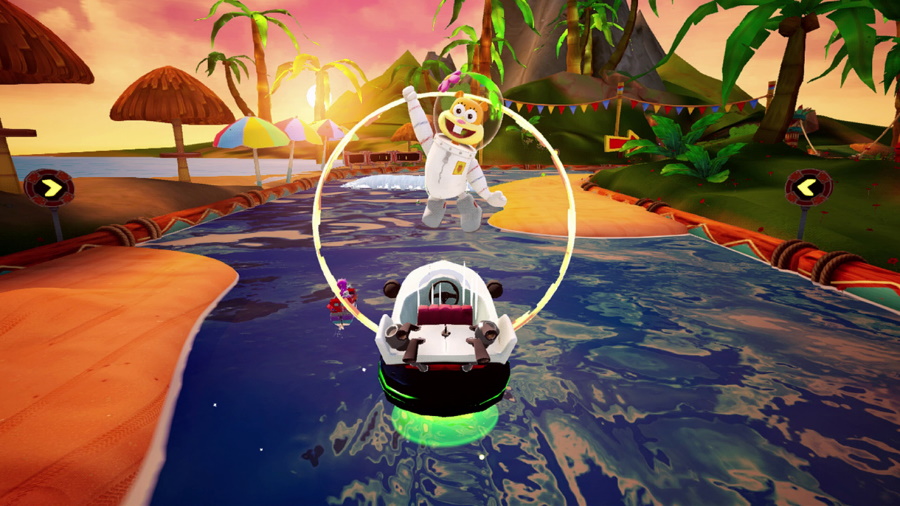 Since this is an all-ages racing experience, the controls will be simple and easy to understand. You’ll steer with the left analog stick, accelerating with the R or ZR button and using your brakes with the Y button. As you collect items from the Nickelodeon blimps, you will get to use them with the B button. When you reach a ramp, you can press the L button to execute a jump trick. When racing, pressing and holding down the L button will allow you to slide so that you can time things just right to gain a turbo boost.


In a nod to Super Mario Kart on the Super Nintendo Entertainment System, you can collect slime coins to increase your vehicle’s overall speed. If you reach an area with water, your vehicle will morph to accommodate that. There are also special slime-covered paths you can take. The slime will allow your vehicle to grab onto the twisting and turning track while giving you a good speed boost, which can help you get closer to that coveted 1st place finish for the race. 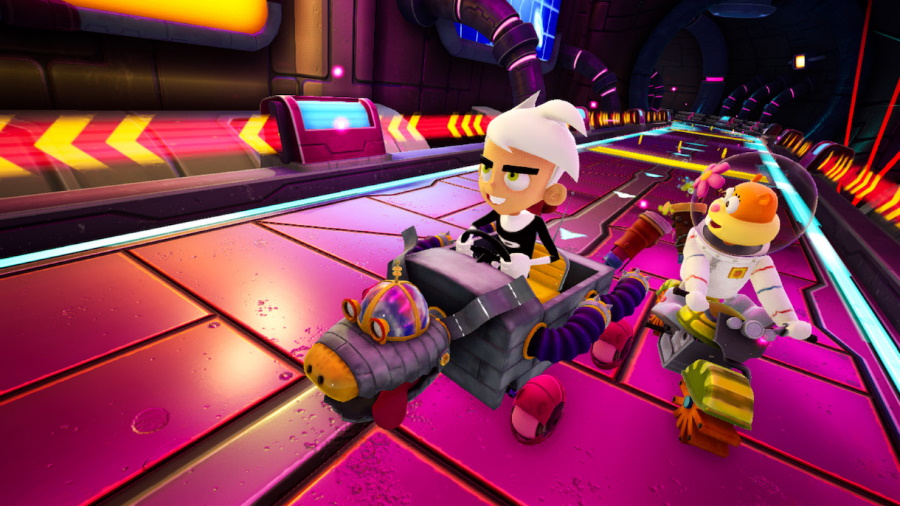 Your racer will have a crew that can help during each race. There’s a crew boss that will have a special ability for you to use with the X button once it’s been charged up, and this includes things such as getting a quick speed boost, making projectiles bounce off your racer, or leaving behind an obstacle. There are also engineers that will add an extra effect that will trigger automatically for stuff such as getting a small speed boost after being hit or activating spinning claws around your vehicle to defend yourself. You’ll also have a slot for a mechanic, which will be part of the same pool of characters from which you can select an engineer.


When completing cups and challenges, you will obtain more slime coins, which can be used when you visit the garage to purchase new vehicles, new wheels, new exhausts, new paint jobs, new crew bosses, new crew engineers, and new crew mechanics, so that you can find the right combinations for your racing style. Tires can change your vehicle’s weight, speed, acceleration, handling, and turbo. Exhausts will affect acceleration. A paint job will change how your vehicle is decorated. 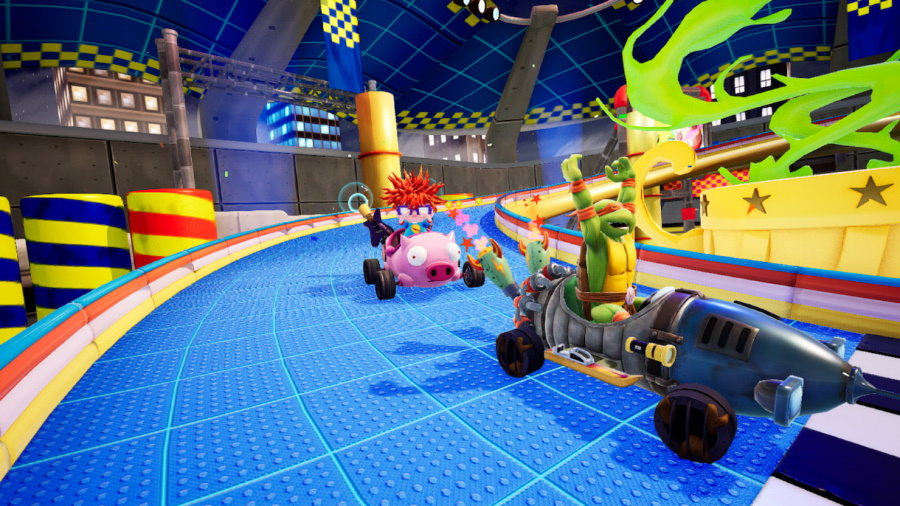 If you’re a Nickelodeon fan and love racing, then Nickelodeon Kart Racers 3: Slime Speedway is going to be a no-brainer. It’s a fun all-ages racer that offers a ton of characters from Nickelodeon’s history, even going up to the recent Kamp Coral animated series, while adding a feature that Nickelodeon fans have been asking for since the first game in this racing series: voice acting! And now you can select between karts and bikes, which is a very Mario Kart thing to do. 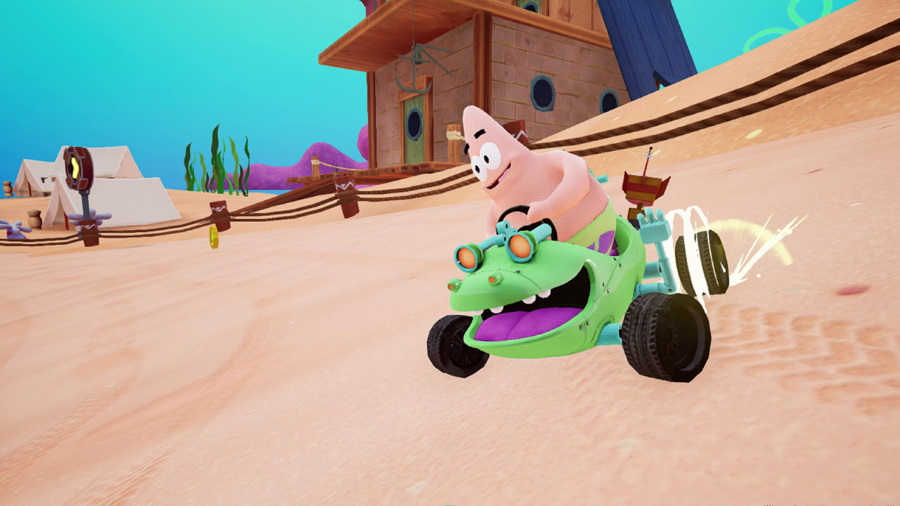 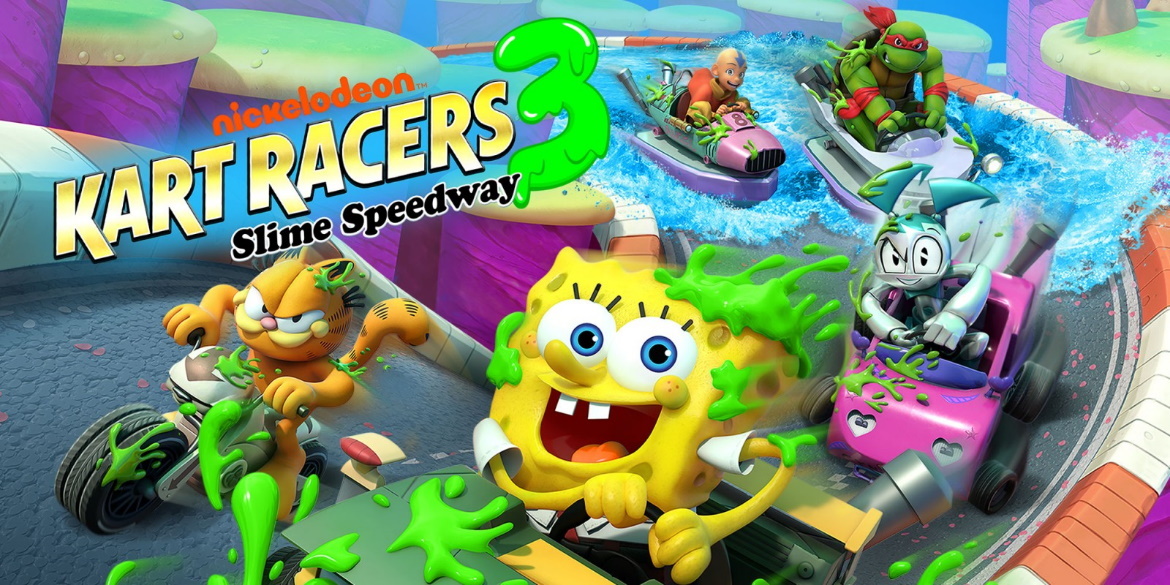 Disclaimer
This Nickelodeon Kart Racers 3: Slime Speedway review is based on a Nintendo Switch copy provided by GameMill Entertainment.