Moonscars from Humble Games and Black Mermaid is a challenging Soulslike in which you must find the Sculptor and unravel the mystery of your existence. Check out our Moonscars review!


Moonscars from Humble Games and Black Mermaid is a challenging Soulslike in which you must find the Sculptor and unravel the mystery of your existence. You’re Grey Irma, a clayborne warrior who must explore an unforgiving 2D world where everything is out to get you, fueled by the darkness. Exploring a challenging non-linear world, you’ll have to use your fighting abilities and the skills you can unlock along the way to defeat all of the enemies – big and small – that will rush to destroy you the moment they spot you. 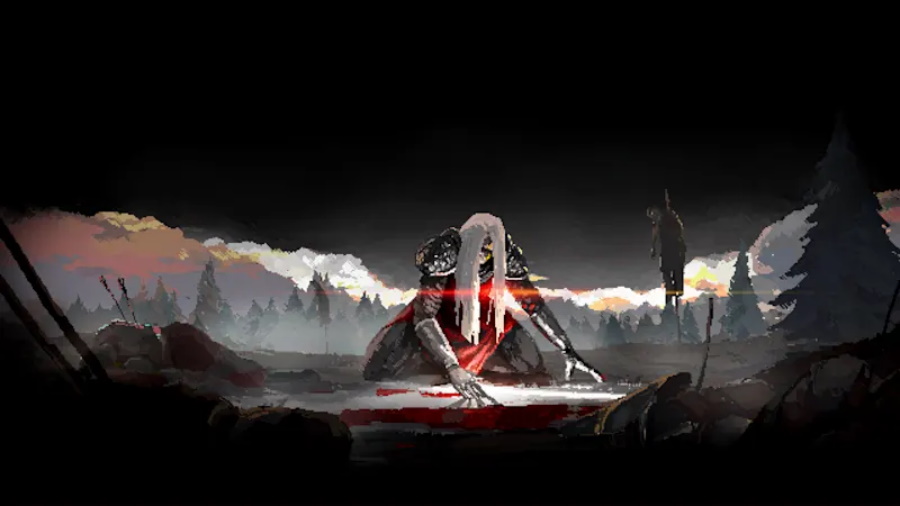 You’ll be controlling Grey Irma with the left analog stick or the D-Pad, jumping and wall jumping with the B button, and dashing with the A button. And yes, you can also dash while jumping! The Y button will be used for light attacks, while the X button will be used for heavy attacks. Press and hold down the Y button, and you can unleash a charged attack. You’ll be able to parry with the R button by pressing the button just as an enemy’s attack is about to land. Do this right, and you’ll block the attack while also automatically performing a charge attack.


The spells you unlock can be mapped to the ZL and ZR buttons. The first one you unlock will be mapped automatically, but subsequent ones will need to be mapped from the character tab. To check your inventory, press the + button. And if you need to check your map to see where you’ve been and where you should be going, you can press the – button. If you have any Ichor on you, press the L button to recover some of your lost health. Since using spells will consume Ichor, you’ll need to decide if using a spell is worth running out of Ichor and not being able to heal.

Any items that you find will be added to your inventory and will be split into items you can equip as amulet stones to improve your character – gaining, for example, a boost to how far an enemy is pushed when hit with a charge attack, which can be used to throw it into a hazard – or into the list of memories that you can find as you progress through the game, which can be used at specific points in the story… and that’s about all I can say without spoiling things for you. 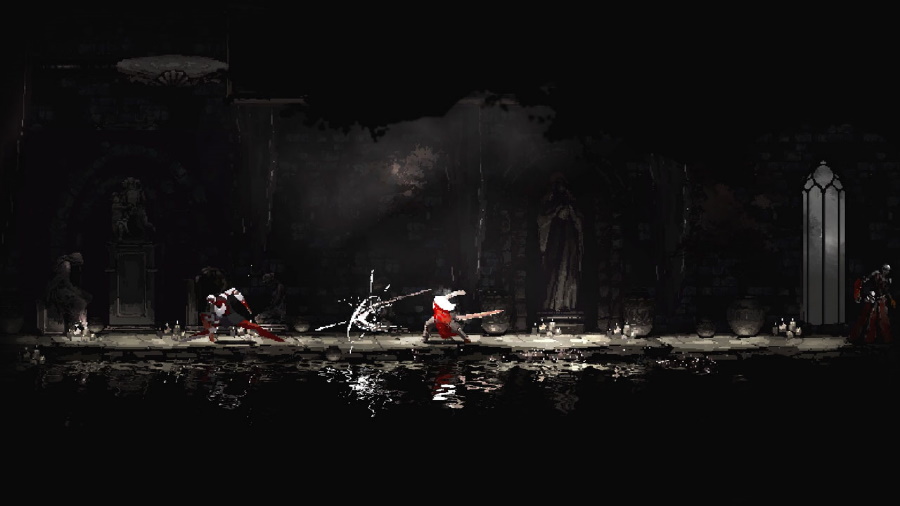 Trial and error are very much part of the Soulslike cycle, as you learn from your mistakes. You won’t know the movement and attack patterns of enemies until after you’ve fought them at least once. By defeating many enemies without failing in battle, you’ll gain Spite. Do this for long enough, and your Spite will level up. You can then press the + button to choose a Spite Bonus, such as lowering the cost of Witchery – more on this below – to give you an immediate recovery bonus, or increasing the build-up effect duration. Any Spite Bonus on your character will last until it dies.


Always check each Dark Mirror you find since interacting with one will save your progress, recover your health and Ichor, and allow you to improve Grey Irma by way of Witchery. Witchery are the many skills and abilities that can improve and upgrade your character. You’ll learn your first one during the initial tutorial segment, which will allow you to use a small Burst attack that can break some barriers. Interacting with a Dark Mirror will also respawn all enemies, so you better be ready to fight all of them again if you retrace your steps! Using Witchery will spoil Ichor, which is shown in the bottom left corner of the screen. You can purge spoiled Ichor by attacking enemies with your sword so that you can use Witchery again. The good news is that spoiled Ichor can still be used to heal your wounds! 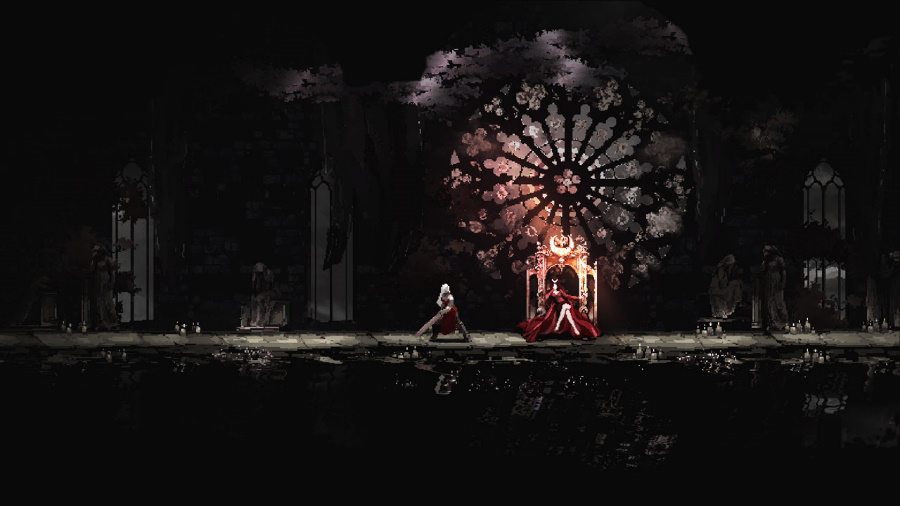 And how do you gain access to the resources needed to unlock and improve the many Witchery at your disposal? By spending the Bone Powder you collect! There’s a huge skill tree in the Witchery tab of your inventory, from which you can unlock new Witchery for Grey Irma. These include examples such as Seismic Explosion, which will allow you to damage enemies around Grey Irma while pushing them away, or Skin Shed: Decoy, by which your character will shed a skin of clay that works as a decoy for enemies. These are only some examples of the huge skill tree, so be sure to check it out and find the upgrade path that best suits your playing style. And yes, you can also improve your Witchery by spending Bone Powder in the next tier for said Witchery.


When you die – not if but when – a grave will be placed at the spot at which you perished. You can return to it and recover the Bone Powder you were previously carrying. If you’re defeated again on your way there, then that Bone Powder will be lost forever. To improve your odds of survival – and boost how much Bone Powder you can collect in each run – you might want to look into collecting some Glands. These can be used at a Dark Mirror to add a special bonus by way of a Clay Rite, which will be applied until you interact with the next Dark Mirror. Boost how much bone powder enemies drop, increase how much Ichor you gain when attacking enemies, or increase the chance of a Gland drop. And by collecting Ichor Glands, you can discover new special weapons. 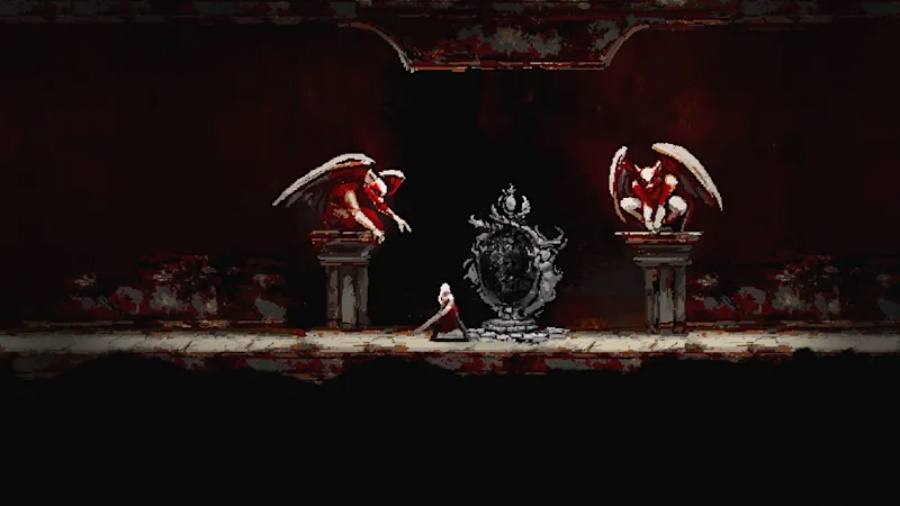 Moonscars is a dark Soulslike on Nintendo Switch with tight gameplay mechanics and an interesting art style that helps it stand out on Nintendo’s console, which has certainly seen an increase in the number of Soulslike experiences on offer. The smoothly animated combat is certainly a highlight as you dash through an enemy to parry an attack from another enemy behind it, as you then unleash a powerful counterattack, gaining back enough Ichor to use a Witchery to defeat the other one. Moonscars is out on Nintendo Switch with a $19.99 asking price, and it’s one that Soulslike fans need to check out. 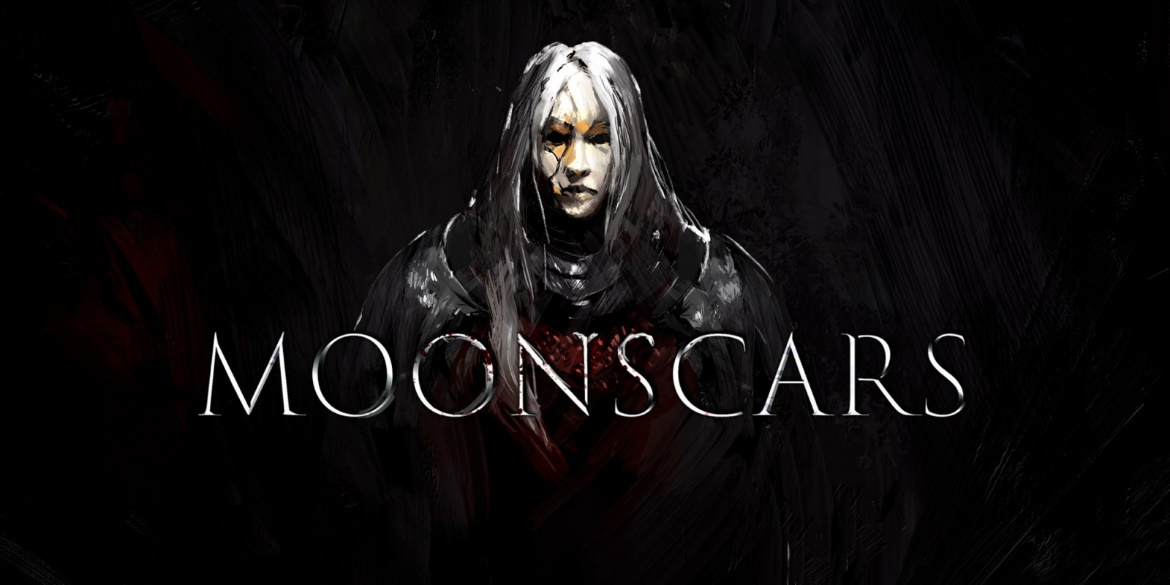 Disclaimer
This Moonscars review is based on a Nintendo Switch copy provided by Humble Games.