Let’s Sing: ABBA from Ravenscourt and Voxler brings the spotlight over the beloved band. Learn more in our LET’S SING: ABBA review!


Let’s Sing: ABBA from Ravenscourt and Voxler brings the spotlight over the beloved band. I had a great time playing through Let’s Sing Queen, so I was more than up for checking out what the series would do with the ABBA catalog, which is packed with songs we all know and love to sing. ABBA pretty much took a 40-year break between The Visitors – their 1981 album from which Head Over Heels, When All Is Said and Done, and One of Us are taken for this video game – and their 2021 album Voyage. 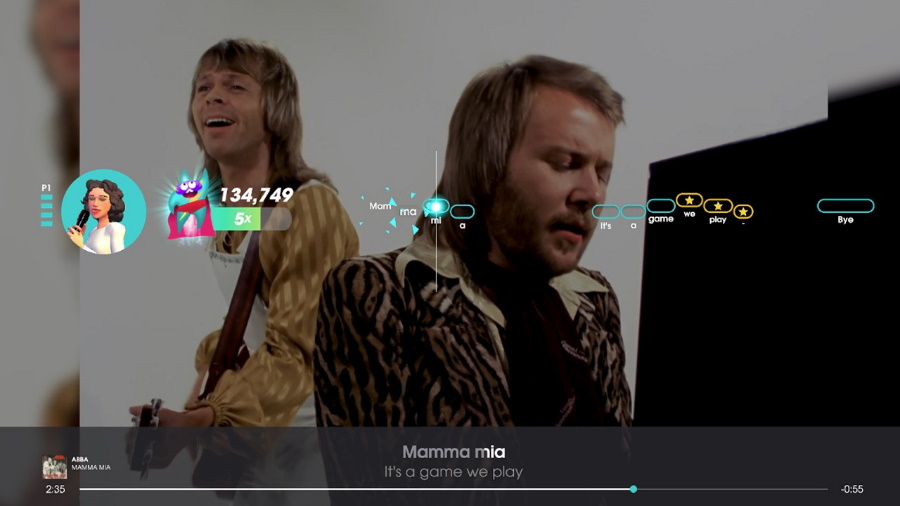 If you’re a fan of the Let’s Sing series, then you know what game modes to expect. You can jump into Legend Mode, in which you need to challenge and defeat your opponent in your climb to the top. Classic Mode allows you to play alone or with friends as you aim for the highest score possible. Mix Tape 2.0 will have you playing through a dynamically generated mix of five songs. Feat. Mode has you singing along with a partner as you try to sing together as best as possible to boost your Compatibility Score.


Go into World Contest, and you’ll be going up against the rest of the planet as you try to climb to the top of the online leaderboard. Let’s Party Mode takes eight players and splits them into two teams while taking on randomly chosen game modes. You can also create a playlist and choose which mode to play. Then there’s the Jukebox Mode, in which you can just kick back and enjoy listening to a list of songs to chill to and relax. 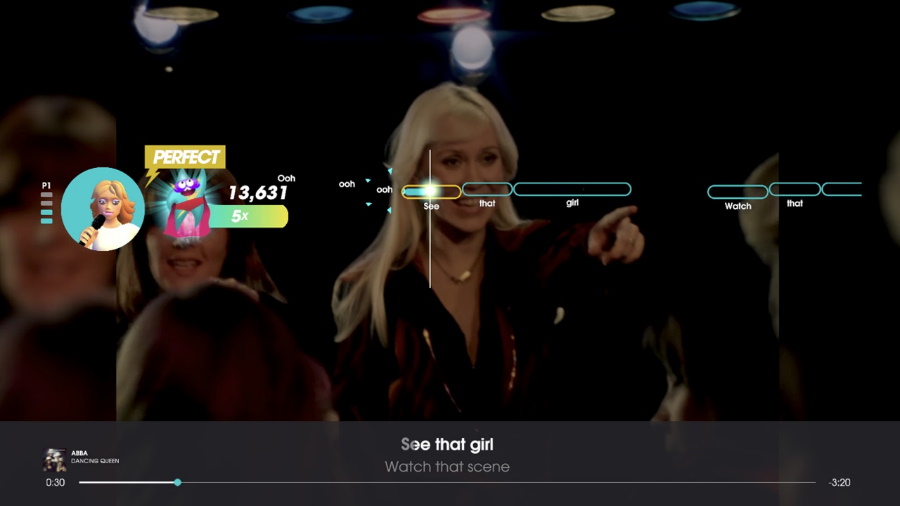 Since this is a Let’s Sing release, that means that the songs included in the game are going to be a very big part of the equation. I’m happy to report that if you’re an ABBA fan, then you’re going to find a LOT to like about this list! 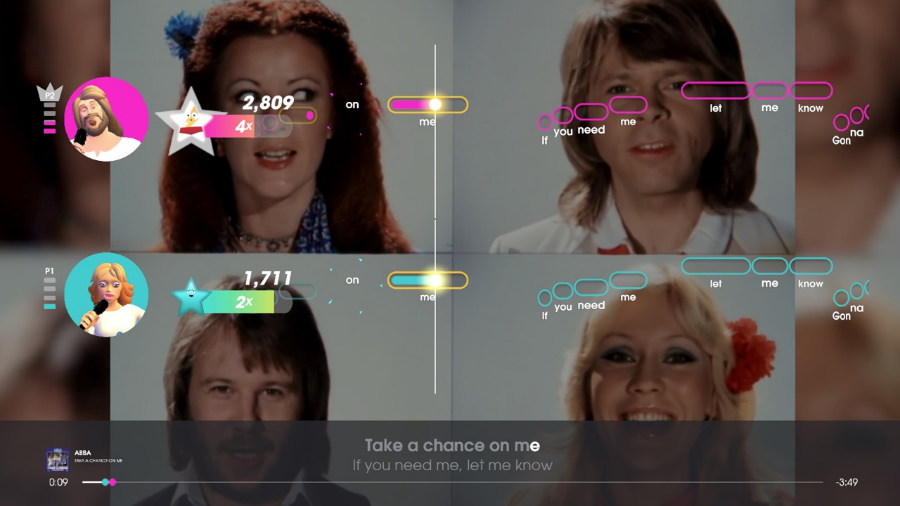 That’s a list of 31 songs that covers their entire career, even including the song I Still Have Faith In You from Voyage, the band’s ninth album which was released at the end of 2021!


Singing is what you’ll be doing, which means that you’re going to need something to sing into. What are your options for Let’s Sing: ABBA on Nintendo Switch? When playing in Docked Mode, you’re going to be using either USB microphones or singing by way of the Let’s Sing Mic App! This allows you to use the app on your smartphone, select Let’s Sing: ABBA from the list of games supported by the app, and then use the pairing code to link the app to your Nintendo Switch. Just be sure to have your phone and Nintendo Switch console connected to the same Wi-Fi network! 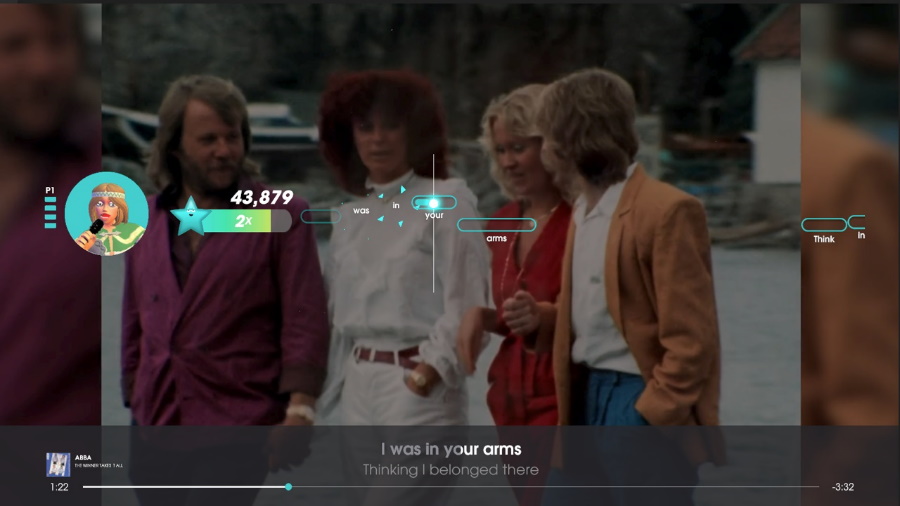 If you’re an ABBA fan, then you’re going to love Let’s Sing: ABBA. There are 31 songs here to enjoy as you work your way up the leaderboards, improving your skills as you unlock new outfits for your selected avatar in Legend Mode, with said outfits being inspired by the many looks that the members of the iconic band have worn through their long career. Aim for a high score, sing a specific number of notes in a row, get the highest possible multiplayer, and more as you enjoy your time with Let’s Sing: ABBA. The game is out on Nintendo Switch with a $39.99 asking price. 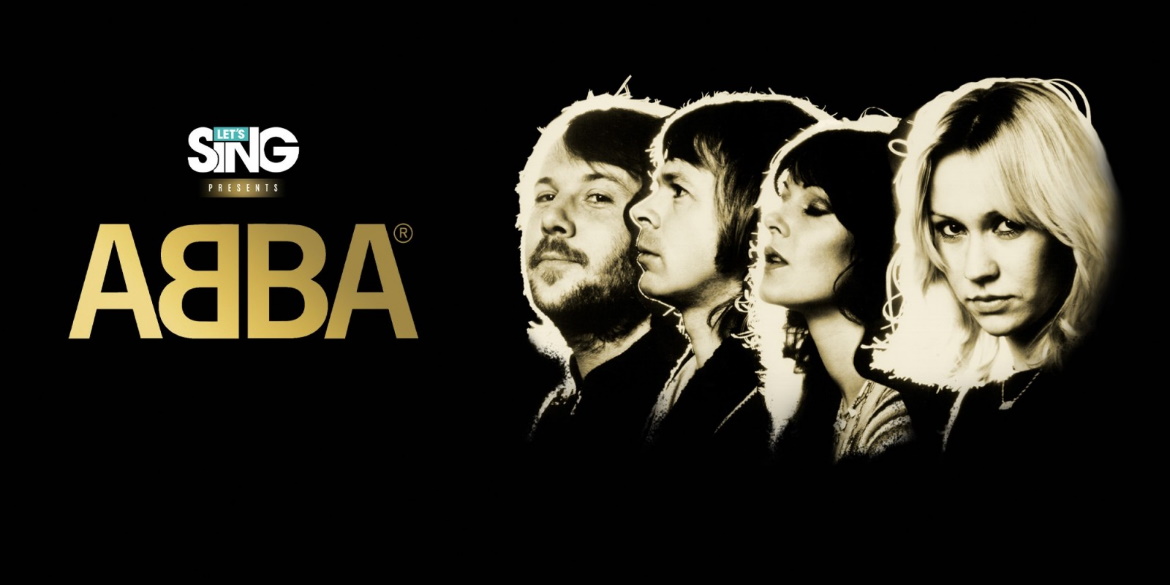 A solid jouney through ABBA's career

Disclaimer
This Let’s Sing: ABBA review is based on a Nintendo Switch copy provided by Ravenscourt.

Ys VIII: Lacrimosa of DANA Lands On PS5 Next Month

No More Heroes III Out Tomorrow On PlayStation