LEGO Bricktales from Clockstone and Thunderful is a wonderful all-ages globetrotting LEGO adventure on Nintendo Switch. For this adventure, you must help your grandfather, who just happens to be a genius inventor! His amusement park is about to be closed down if all of the repairs needed to bring it up to code are not taken care of ASAP. Failure is not an option because the Mayor is threatening to seize the land. The good news is that you’ll have the help of your robot buddy, Rusty… and you have imagination on your side! 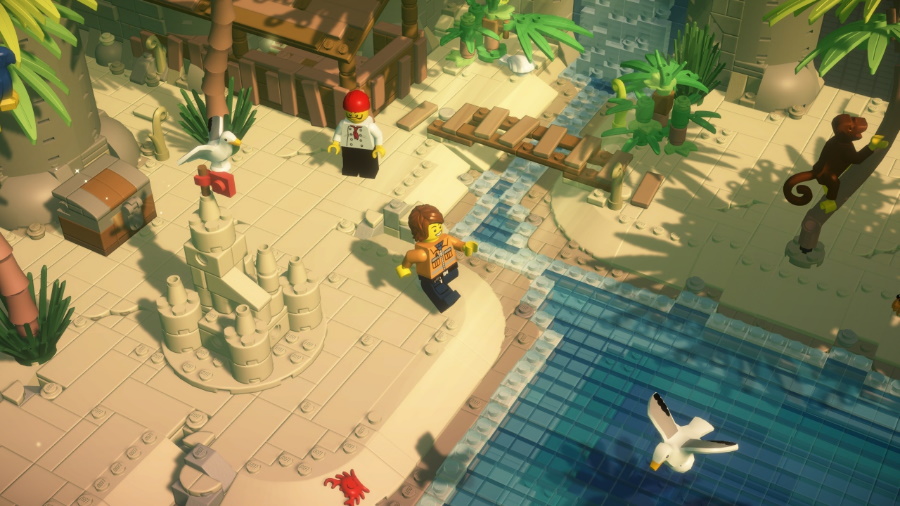 As you start your journey with LEGO Bricktales, you’ll find a mysterious device based on alien technology. To power it up, you’ll need to collect happiness crystals that can be harvested by making people happy and helping to solve their problems. Travel between locations with the aid of a portal as you collect happiness crystals from all over the world by building up wonderful contraptions in each of the many diorama-style areas you’ll visit. Everything is made of LEGO blocks, which is certainly part of this game’s charm!


You have the option of customizing the look of your character by selecting from the wide variety of faces, heads, bodies, and feet at your disposal. You could end up with a pirate face with blonde curls, a T-shirt with a skull on it, and a colorful pair of bright green feet and legs. Or maybe you’d like to have a character with thing glasses, a big brown afro, a black shirt with two pockets, and some very dark legs and feet to match? There are hundreds of possibilities!

You’ll get to learn all of the basics when you visit your grandfather’s lab. The game can be played with the Nintendo Switch Joy-Con, or by using the touchscreen when playing in Portable or Tabletop Mode, or when playing LEGO Bricktales on a Nintendo Switch Lite. You’ll walk around with the left analog stick and will interact with objects and other characters with the A button. When you need to work on fixing something or build something new, you’ll move a cursor around the screen with the left analog stick, grab a block with the A button, and then drop it into place. 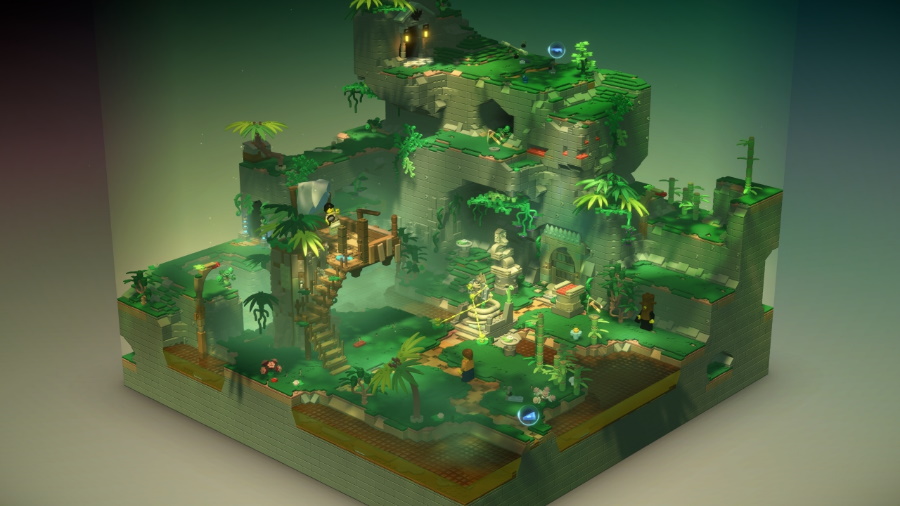 You can press up or down on the D-Pad to fit pieces and twist a piece right with the Y button or left by pressing and holding down the L button. To control the camera, press and hold down the L button and use the right analog stick. Pressing the ZL and ZR buttons will allow you to zoom in and out as needed. If you need to remove some blocks to be able to build something different, you can move the cursor on top of a block and then press the B button. Once you’ve built a structure, you can simulate its stability by pressing the X button so that you can see if it can stand on its own.

Objectives will start off easy enough. You might need to build some stairs to reach a higher spot so that you can build a bridge that can bring you closer to your objective. There is always more than one solution for each problem, and different gamers will approach things in different ways. Some might try to use all of the available pieces, while others will try to find a way to use as few pieces as possible. What matters is that the structure manages to stay in place and does not break down so that you can leave it in place and carry on. 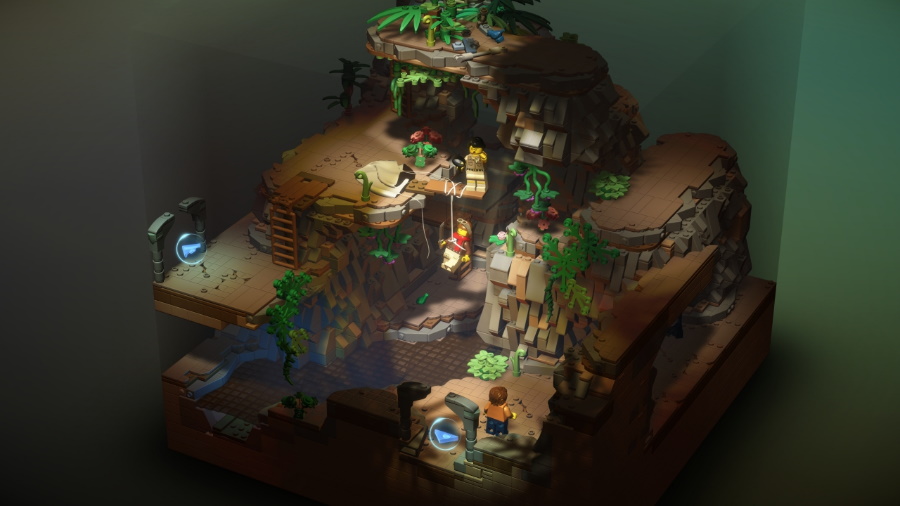 I enlisted the help of my son since he’s a big LEGO fan, and he was thrilled to see how everything he built was shown on the screen exactly as he built it. He was also having a lot of fun after gaining access to a whip to swing to and from higher areas, as well as a mighty stop that allowed him to get rid of some plants that were in his way. He was laughing after building a bridge that kept falling into pieces when the simulation robot rolled over it, only to eventually find a way to stabilize the whole thing by using some smooth blocks on the top.

He also got a kick from being able to spend the many bananas he found inside of the large treasure chests in the jungle scenario during the first scenario – where a group of explorers had crashed in the jungle. There was a pair of explorer’s pants up for grabs, as well as an explorer’s jacked and an explorer’s hat. On top of that, there were also some very expensive jungle blocks to customize the look of dioramas. There were also new block colors up for grabs for building new structures.


And then, he found the pieces for building a helicopter! After placing the seat for his character to, well, sit on, he then used the available blocks to try and build a helicopter that could remain in the air for long enough to save one of the missing explorers. He was laughing at how there were a pair of potted plants among the different pieces for building the helicopter. But then he realized that by using some extra blocks here and there, he could place the potted plants on the back, away from the helicopter’s propeller. 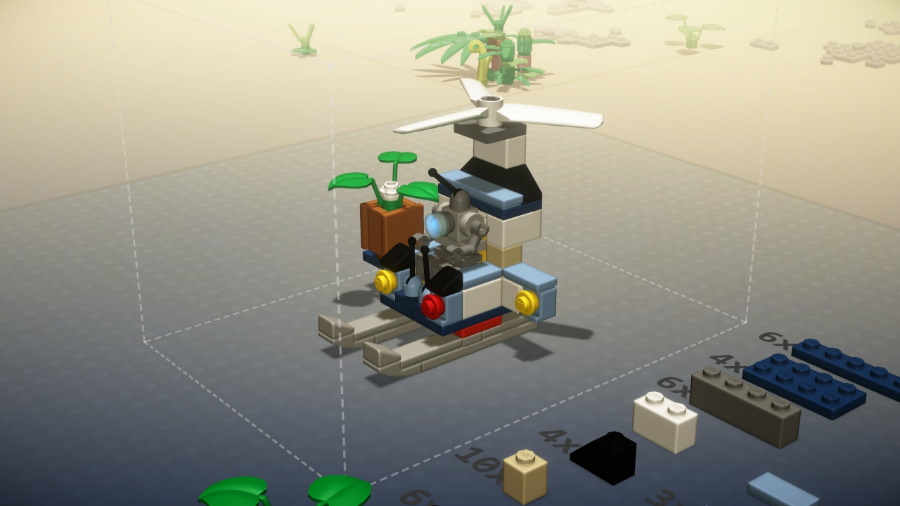 LEGO Bricktales is a fun all-ages isometric adventure in which you’ll get a chance to use your imagination and the wonder of LEGO blocks to find solutions to the problems of the many people you’ll meet. The starting jungle scenario is a fun one that will allow you to learn as you build, finding the way to use the pieces made available to you for each conundrum as you take different paths as you aim to build a set of stairs to climb, a vehicle to drive, and more. It’s a great game to play with your kids as you all contribute to finding the best solution to each scenario. What happens when you reach the desert scenario? You’ll have to play the game to find out! LEGO Bricktales is out tomorrow on Nintendo Switch. 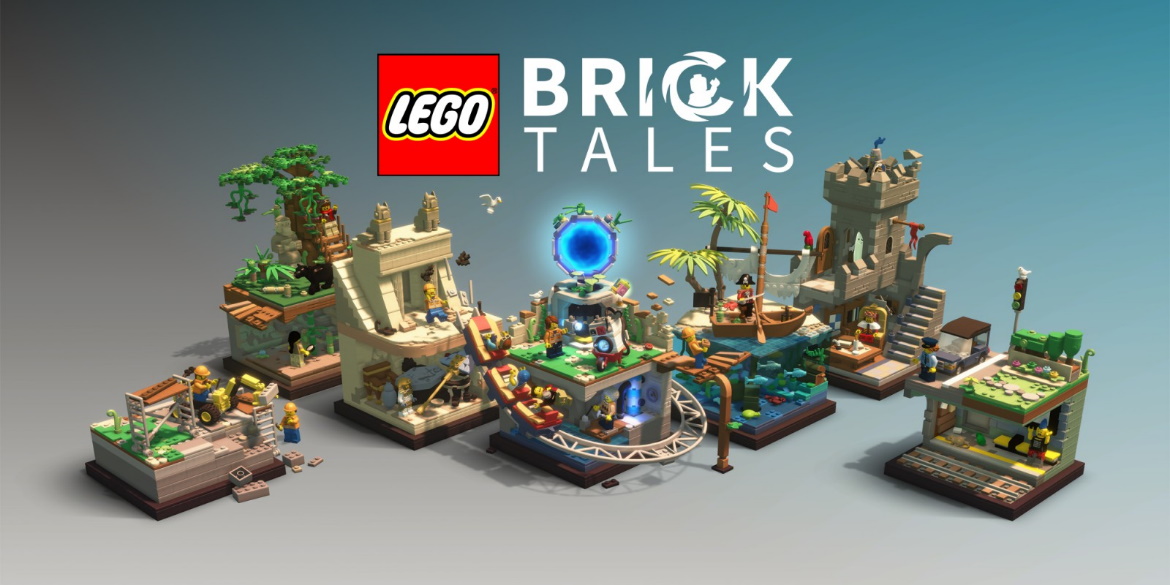 
Disclaimer
This LEGO Bricktales review is based on a Nintendo Switch copy provided by Thunderful.
ClockstoneLEGO BricktalesThunderful
0 comment
0
FacebookTwitterEmail