Haiku, the Robot from MisterMorrisGames is a 2D Metroidvania in which you’ll explore the dying land of Arcadia as you fight against fierce machines and meet quirky robots. Check our Haiku, the Robot review!


Haiku, the Robot from MisterMorrisGames is a 2D Metroidvania in which you’ll explore the dying land of Arcadia as you fight against fierce machines and meet quirky robots. Arcadia is a vast area that you’ll experience as you fill-up the interconnected map for locations such as the Abandoned Wastes, The Last Bunker, the Central Core, Pinion’s Expanse, the Factory Facility, the Water Ducts, the Incinerator Burner, and more. 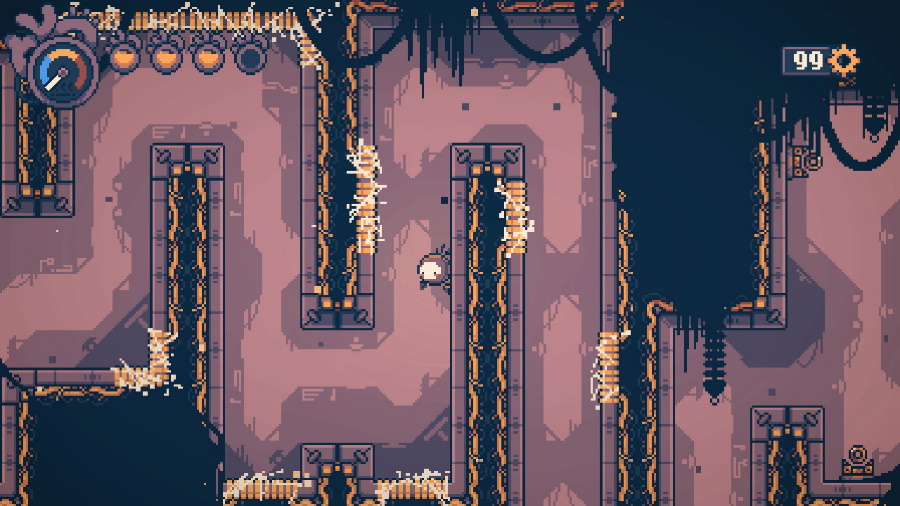 Indie dev Jordan – a.k.a. MisterMorrisGames – took Haiku, the Robot to Kickstarter back in 2020, seeking £22,000 in funding for the game’s development. Once the crowdfunding campaign was over, the project almost reached £30,000 thanks to the support of more than 1,100 backers. It’s now 2022, and thanks to the Nintendo Switch port stretch goal, this Metroidvania has found its way to Nintendo’s console. How does it hold out on a console that has not only several Metroidvanias but also Metroid proper?


You’ll control your character with the left analog stick or the D-Pad, jumping with the B button, attacking with the Y button, and sliding with the ZR button to get past enemies. The A button will be used for rolling, which can help your character squeeze through tight spots. The X button can be used to place a mighty bomb. The ZL button can be pressed to activate a zipline to move from point A to point B. You can heal with the R button as long as you have an Adjustable Wrench in your inventory, which you can check with the – button. The L button can be pressed to open up your map so that you can review where you’ve already explored and where you should be heading. Since some of your map will be locked up, you should search for Map Disruptors so that you can destroy them and open up more of your map. 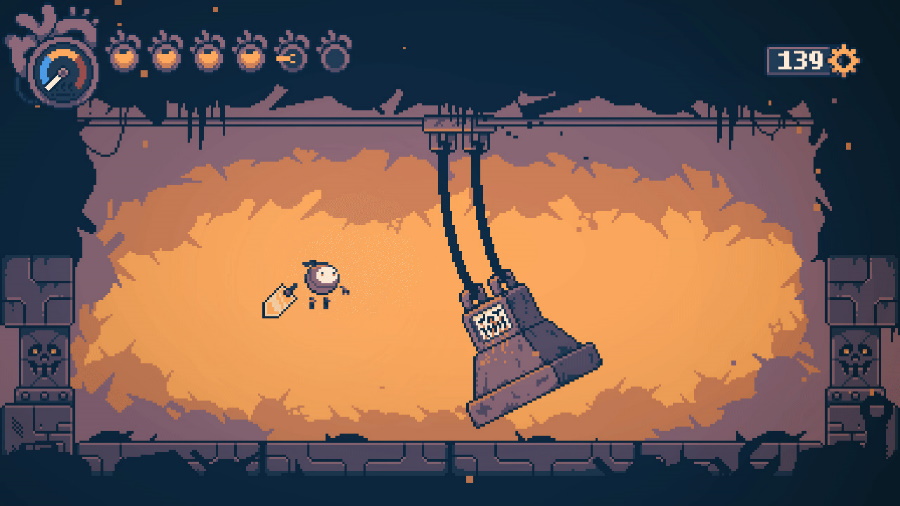 As you destroy obstacles, defeat enemies, and destroy shiny objects, you’ll collect spare parts, which are added to your total in the upper right corner of the screen in the cog icon. The larger the shiny object, the more spare parts you can get! Once you meet Pinion, the Investor, you’ll receive a Goldcrest Whistle, which will allow you to bank some of your spare parts at a perch station. Spare parts can be spent with Sonnet, the Shopkeeper, who you’ll be able to find at different spots.


What can you purchase? You could spend 300 spare parts buying a simple Rusty Key, which can be used to open up an old lock, or a Map Sweeper, which will automatically sweep the local area for any obstacles that you have yet to overcome so that you can plan accordingly. You can also buy capsule fragments to eventually increase your overall health or purchase, say, a human skull that has something engraved on the back. What could this be used for? Spare parts can also be spent to use the Adjustable Wrench to heal your character. 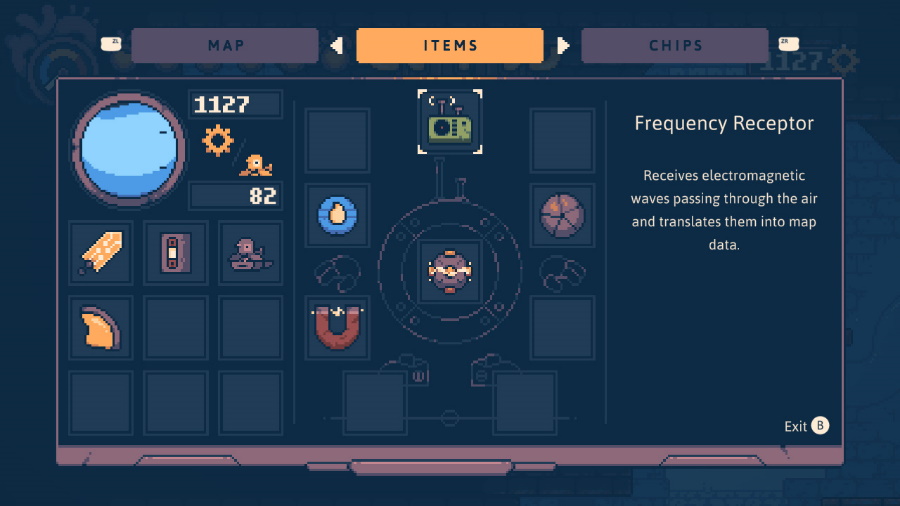 As you progress through the game, you can get other chips to equip, and you need to know that you can only equip them while you’re standing at a repair station. You’ll have three colored slots for chips, which means you won’t be able to equip every single chip you find at once. The slots are colored because you’ll only be able to equip chips that match the color of a slot on the motherboard. Sonnet will also sell you some special chips so that you can expand your collection. A very useful one is Ferromagnetic, which will draw the type of metals found in spare parts, making it a lot easier to add them to your tally. Since you start with three slots for chips, I suggest that you start saving so that you can purchase additional chip slots for the motherboard.


Since this is a Metroidvania, that means you’ll need to search everywhere for the power-ups that will improve Haiku so that you can visit areas that would otherwise be out of reach. Take, for example, the first power-up you can get: Electro-Magnetism. Thanks to this one – which you’ll collect after defeating a giant evil magnet that acts as the first boss in the game – you’ll be able to hold down the B button when jumping against a wall in order to execute a wall jump. This is a very handy ability that will start to open up the world for you to explore new locations.

You’ll also get to meet Quatern, the Scientist who is looking for some Power Cells to be able to power its creation. He’s very handy and has built a device that will transport Power Cells through the fabric of space from the spot you collect them to his laboratory. Bring him as many Power Cells as possible, and you’ll be rewarded with some bonus spare parts that you can put to good use. There are 24 Power Cells in total, so if you want to 100% the game, you’ll need to search every nook and cranny once you’ve gained all the extra abilities! 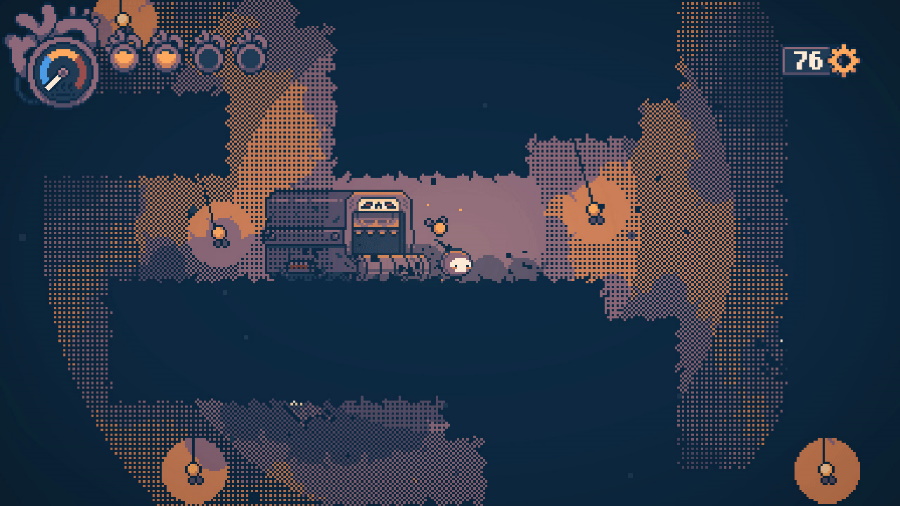 Haiku, the Robot is a game on Nintendo’s console that pays homage to the classic Metroid experience and to the Metroidvania genre as a whole. It does a solid job of doing the genre justice by giving us a retro-inspired journey in which more of the world of Haiku will be revealed to you as you unlock new abilities, opening up the map by destroying Map Disruptors, using spare parts to purchase new chips and chip slots to improve and enhance Haiku. The game is out on Nintendo Switch with a $19.99 asking price. 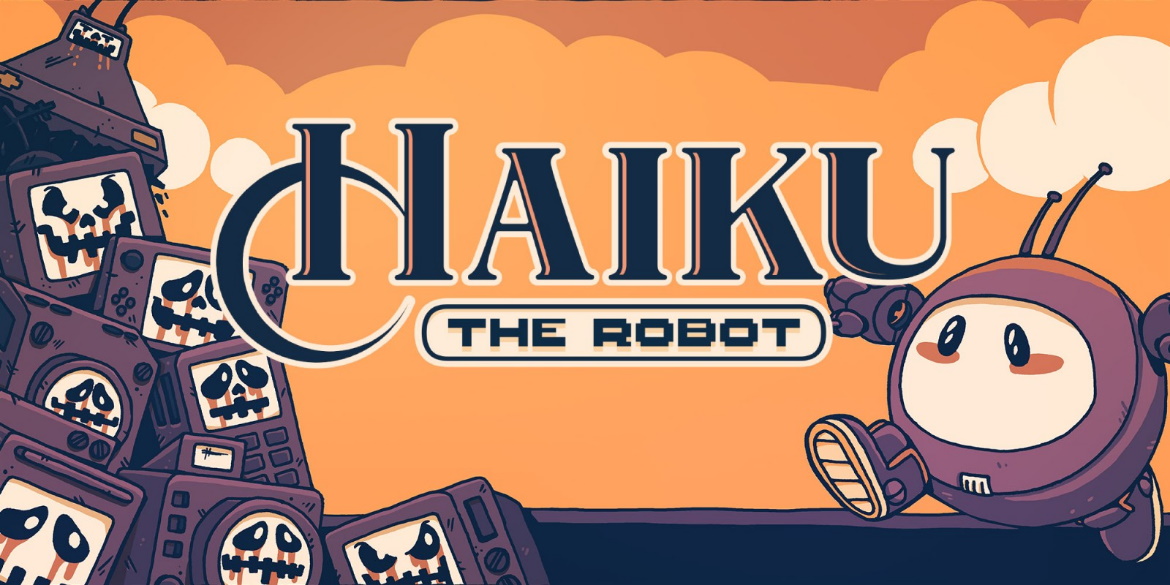 Disclaimer
This Haiku, the Robot review is based on a Nintendo Switch copy provided by MisterMorrisGames.

The Witcher Remake On Its Way