Atari Mania from Atari and iLLOGIKA is a microgame mayhem experience on Nintendo Switch that pays to the classics in Atari’s Vault. Learn more in our Atari Mania review!


Atari Mania from Atari and iLLOGIKA is a microgame mayhem experience on Nintendo Switch that pays to the classics in Atari’s Vault. You take on the role of the Caretaker of the Vault, the warehouse where all of the classic Atari games are stored. As you progress through the game, you’ll notice how the Atari classics start to mutate and change, combining into a series of rapid-fire challenges for you to take on. And on top of the microgame side of things, you’ll also be playing a puzzle adventure game on the side as the Caretaker, so there’s definitely something in here for everyone! 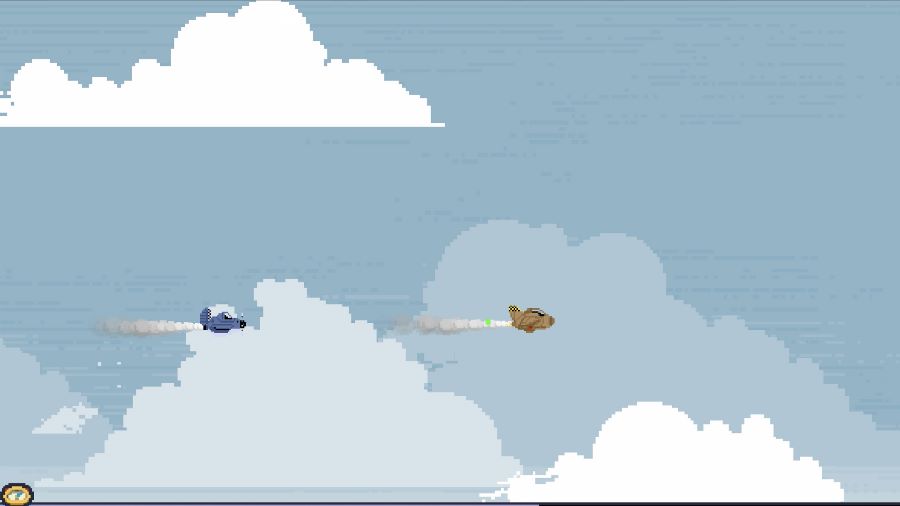 There are over 150 microgames to take on that will have you enjoying content from a wide variety of Atari games from A to Z, so you’ll be playing through segments of Asteroids, Millipede, Yars’ Revenge, Pong, Adventure, and more! While things start in familiar territory – at least for those of you who got to play the classic Atari games back in the day or in one of the many collections released over the years – Atari Mania will quickly start to mash up the games into some very different experiences. Shooting at Milli the millipede while taking on a revamped level of Millipede sounds easy enough, as is scoring a point in a game of Pong… but what if you had to shoot at Milli while avoiding the ball that is being hit back and forth between two Pong pads?


Some creatures are messing things up and are trying to gobble all of the Atari classics and their characters, and its up to you as Caretaker to put a stop to it before it’s too late! That is the main premise for Atari Mania, and it makes for a very fun experience that borrows a bit from the beloved WarioWare series since you’ll have a few seconds to play through each segment as things get crazier and crazier. There’s also a speed bump every now and then, and you’ll end up taking on a special boss challenge to be able to progress further and further to see everything that Atari Mania has to offer. 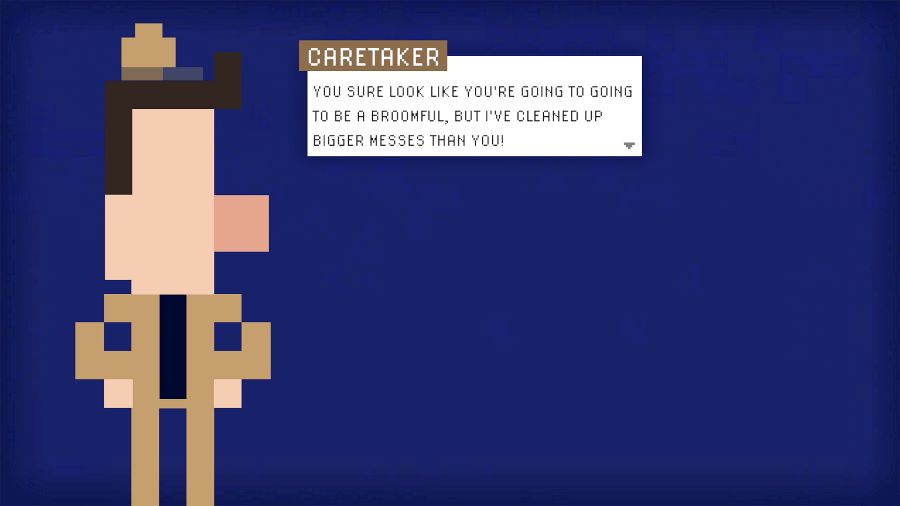 You probably won’t be able to successfully play through all of the microgames during your first go since each microgame has a different objective and changes up the controls here and there, so you’ll have to pay attention to the instructions and be quick so that you can complete all of them without failing too much since each mistake will cost you a life. One moment you might be controlling the character at the bottom of the screen that you will use to shoot at Milli, and then a couple of microgames later, you might be controlling a spider that needs to eat a few bugs while avoiding the attacks from the aforementioned character at the bottom of the screen, who is now being controlled by the CPU.


During the adventure segments, when you’re directly controlling the Caretaker, you’ll be using the many items that you find to solve puzzles, find new items, and grab some collectibles – more on these in a bit. You will be able to collect items such as a magnet that will allow you to move and attract magnetic items, a broom that you can use to sweep up the pixel mess left behind by the talent – a.k.a. the many characters from the Atari classic games catalog – or a bug spray that you can use to get rid of the nasty bugs in your way. 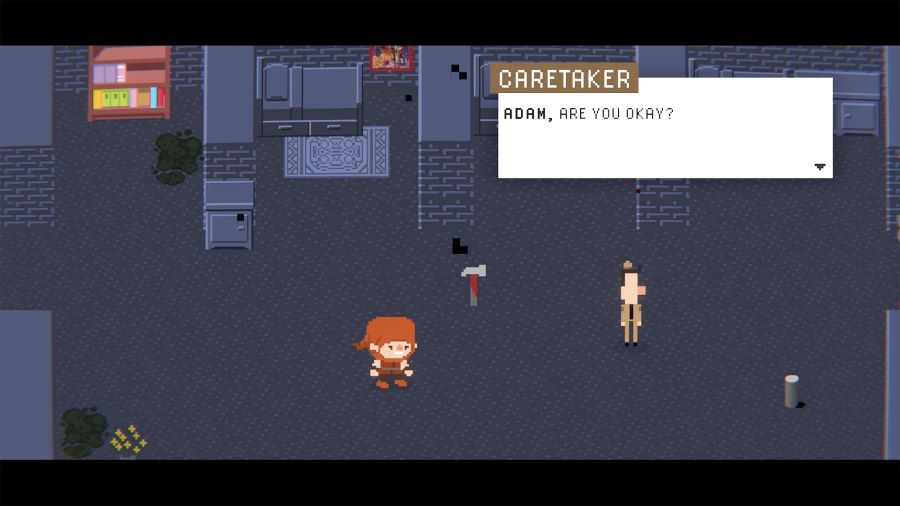 Something that I really liked is that there are several collectibles for you to find, which are split into digitized versions of the original box art for the Atari games on which this whole game is inspired, as well as their manuals! The cover art you’ll be collecting as you move through each area, and you can also seek out posters on the wall to browse all of the game coves you’ve collected – that is if you don’t want to go to the main menu. But the manuals you’ll have to get from Glitch the Mouse, who you’ll get to meet during your time with Atari Mania.

In order to be able to lure out Glitch the Mouse, you’ll have to pay attention as you explore each area so that you can collect the cheese that can be used to bait him out. Just look for the pair of glowing eyes looking at you from the wall, place a piece of cheese, and you’ll then get to meet Glitch! To be able to get your hands on a new game manual for your digital collection, you’ll first have to complete a shorter game sequence with some microgames. Once you’ve gotten your hands on a manual, you can check it at any magazine rack or by going back to the Collectibles section in the main menu. 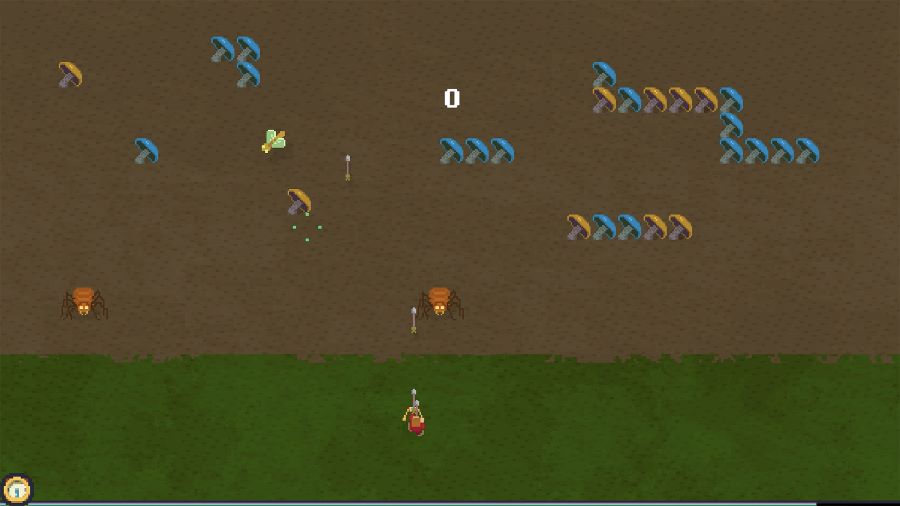 Atari Mania was a pleasant surprise. The reveal trailer did not reveal much, but as more information became available, this one started to grow on me, given its premise and gameplay loop, so I was ready to give it a go on Nintendo’s console. The good news is that it’s a fun experience that throws at you 150 microgames that mix up beloved Atari classics into new experiences while also having an adventure game side that will puzzle you more than once. The game is an excellent option for Atari fans out there, and it’s part of the company’s 50th-anniversary celebration, with a collection of all of the original versions of these classics – and a lot of bonus content – launching at a later date as the Atari 50: The Anniversary Celebration. Atari Mania is out on October 13 on Nintendo Switch with a $24.99 asking price. 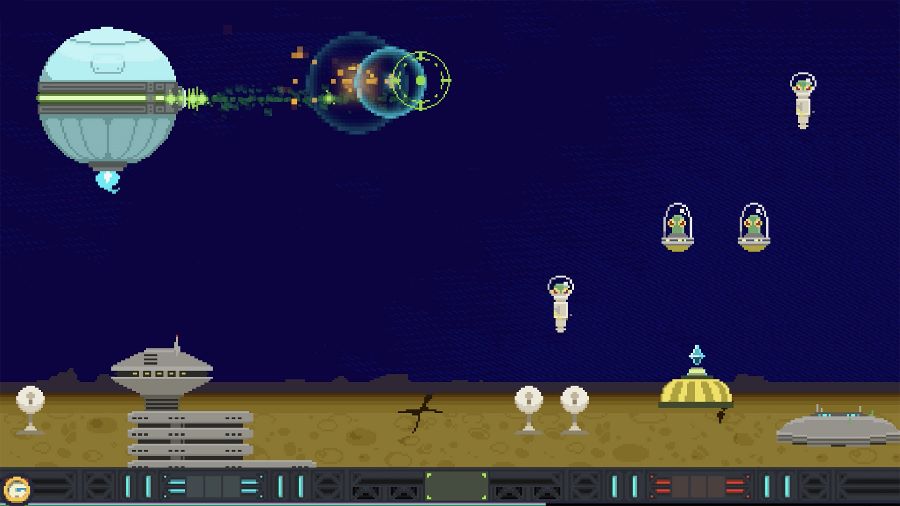 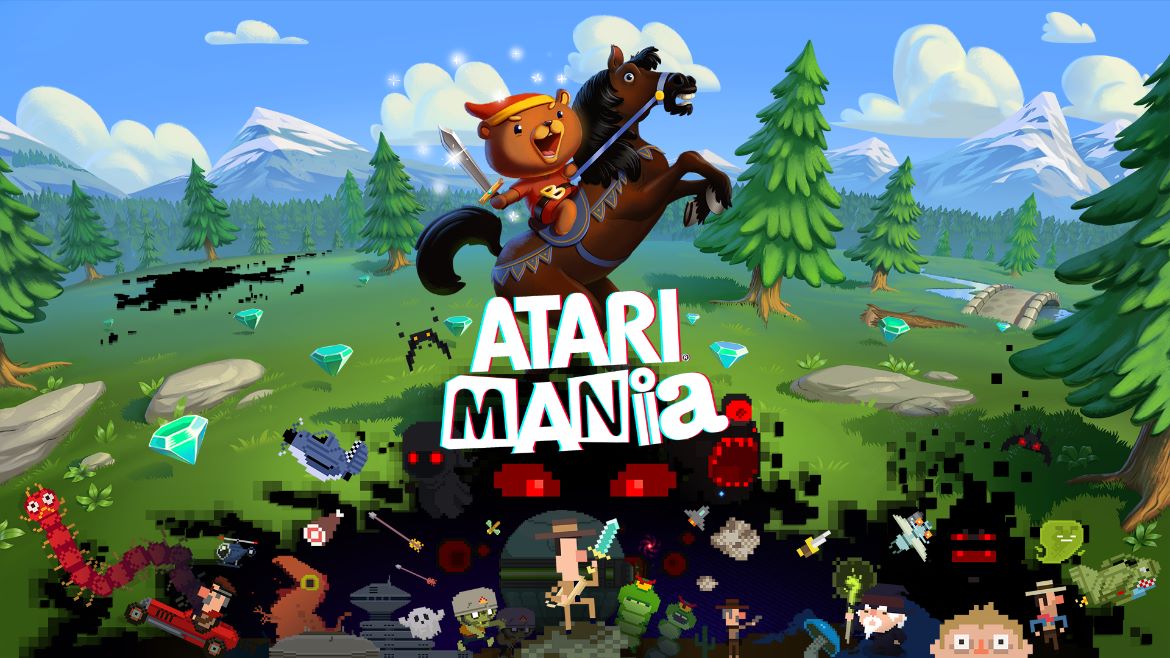 Disclaimer
This Atari Mania review is based on a Nintendo Switch copy provided by Atari.