Airoheart from Soedesco and Pixel Heart Studio is an ode to 16-bit classics such as The Legend of Zelda. Check our Airoheart review!


Airoheart from Soedesco and Pixel Heart Studio is an ode to 16-bit classics such as The Legend of Zelda. It’s easy to see this inspiration just from viewing the trailer and screens in this Airoheart review, with a look and feel that will easily remind you of one game in particular: The Legend of Zelda: A Link to the Past… which is not a bad thing! Drawing inspiration from a great game does not hurt the chances of a new game standing on its own, as is the case for the recent Blossom Tales II: The Minotaur Prince on Nintendo Switch.

This project was taken to Kickstarter back in 2020 by Samuel North, the sole developer behind Pixel Heart Studio, with a $15,000 AUD goal. Thanks to the support of more than 900 backers, the crowdfunding campaign was a hit, securing over $28,000 AUD in funding. The game had an original release date of March 2022. After some extra months of development and a patch to address some bugs here and there, the game is now out on Nintendo Switch. 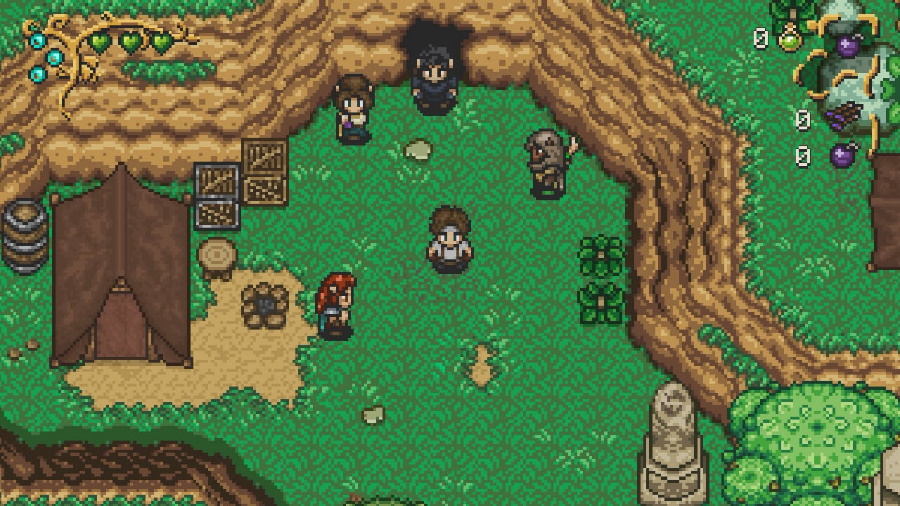 The game presents a story that talks about the Elmer, the native inhabitants of a land of wealth and peace. This was found out by the people later named Breton by the Elmer. They were considered barbaric and wild. The Breton were provided with some land to live in. As expected, the Breton soon grew envious of the Elmer and their prosperity. One Breton in particular, named Carthicus, used forbidden magic to attack and invade Elmer land.


Nature deemed this magic an abomination and sent the Elmer a special Relic as well as a mighty Sword. It was thanks to the power of these two items that Carthicus was defeated and his soul trapped within the Relic itself, thanks to the power of the Elmer Druids. The Relic is known as the Draroidh Stone, and it still contains the soul of the sorcerer within its fragmented pieces.

Your journey as the titular character begins in the land of Engard when you’re reading a book and end up hearing a peculiar voice calling for your help, asking that you go into town. Soon after this, your grandfather walks into the house and asks for a favor. He needs you to go into town and fetch some mackerel for dinner. Could this be a coincidence or your destiny calling? What follows is a tale in which you must do whatever it takes to stop your brother from unleashing the ancient evil locked away inside of the Draroidh Stone. 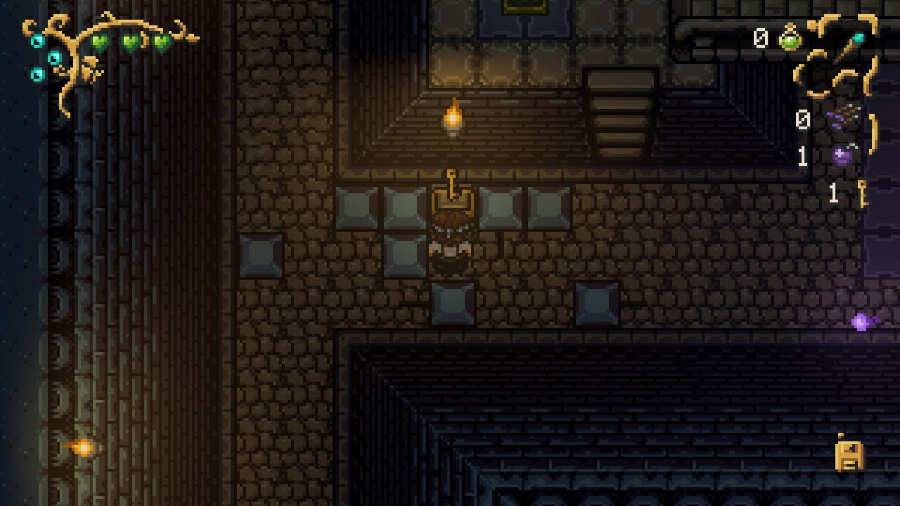 You’ll control your character with the left analog stick or the D-Pad. You can lift some items by using the B button, and pressing the button again will allow you to throw them. Once you gain a sword – which will happen 10 minutes into the game – you’ll be able to swing it around by pressing the ZR button. An equipped item can be used with the Y button.


Pressing the X button will give you access to Airoheart’s journal. The journal is split into tabs, and each one will host different elements. The green tab will be for your equipment. Items you have yet to obtain will be greyed out, and the ones you collect will be shown in full color. Any items you’ve equipped will be shown on the page on the right side of the screen. You’ll start with a bomb that can deal a lot of damage, as well as bottled Spungus, which can help you recover some of your lost health.

The purple tab will be for runes, which will allow you to cast spells once you find a rune staff and equip it and the rune you plan to use. The yellow tab is the general tab, where you’ll find a variety of items that you won’t be able to equip. The good news is that they can be of use to the local blacksmith, who can craft new items or improve the ones in your inventory. You can write in your journal in the blue tab to record new information and tasks so that you can always remember what you need to do next. 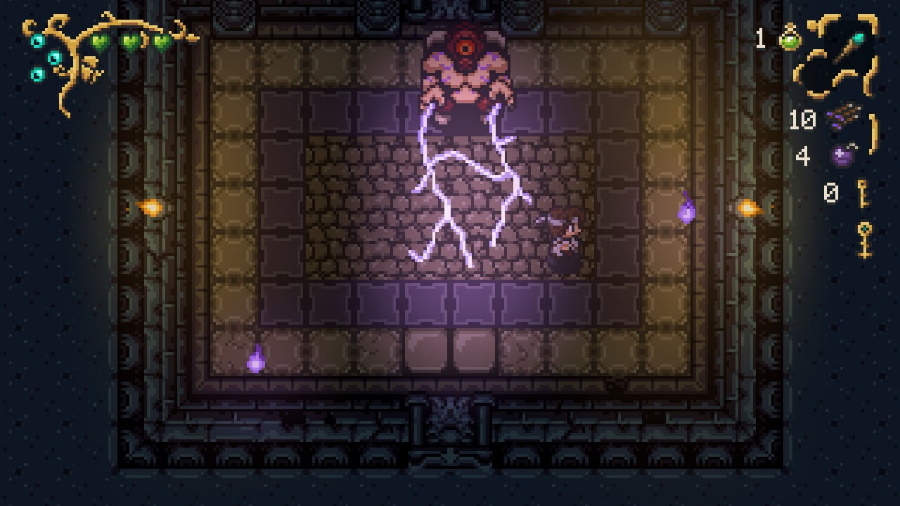 The last tab in the journal will be teal, and it will allow you to record your achievements, some collectibles, your statistics, and beads – which is the in-game currency. Think rupees from The Legend of Zelda. You can review how long you’ve played the game, how many health points you have, how many beads, and which of the achievements for Airoheart you’ve managed to unlock.


That’s right, this one features an in-game achievement system! There are 30 achievements in total, with one of them – Guardian of Engard – functioning as the equivalent of the Platinum trophy you’d get on PlayStation for completing all of the other objectives. As for the rest, they include objectives such as finding the rune of vitality, rescuing the dwarf miner, defeating four mini slimes with a bomb, acquiring a bunch of trinkets, beating the final boss, and completing the game without defeating any rodents.

The game is not without some faults. There’s a very annoying – and loud! – sound effect that is used for everything from exiting a building to being attacked to when a door closes to making a bomb go boom. The map is also a bit too general, showing you a point of interest but nothing more. There are also no maps for when exploring a dungeon, which feels weird for a game so heavily inspired by The Legend of Zelda: A Link to the Past. At least the game autosaves during your dungeon exploration, which, as you open up new doors and paths, will allow you to make some slow but steady progress. Dungeons are also a bit too dark for their own good.

Airoheart gives us a game that pays homage to the golden era of 16-bit gaming, with a particular nod in the direction of The Legend of Zelda: A Link to the Past. The game can prove to be a bit challenging at first since your character’s hitbox seems to be a bit too big when compared to that of your enemies, but you’ll quickly get the hang of things and will slowly but surely make some progress. Airoheart is out on Nintendo Switch with a $39.99 asking price. A physical copy is also releasing next week for the same price. 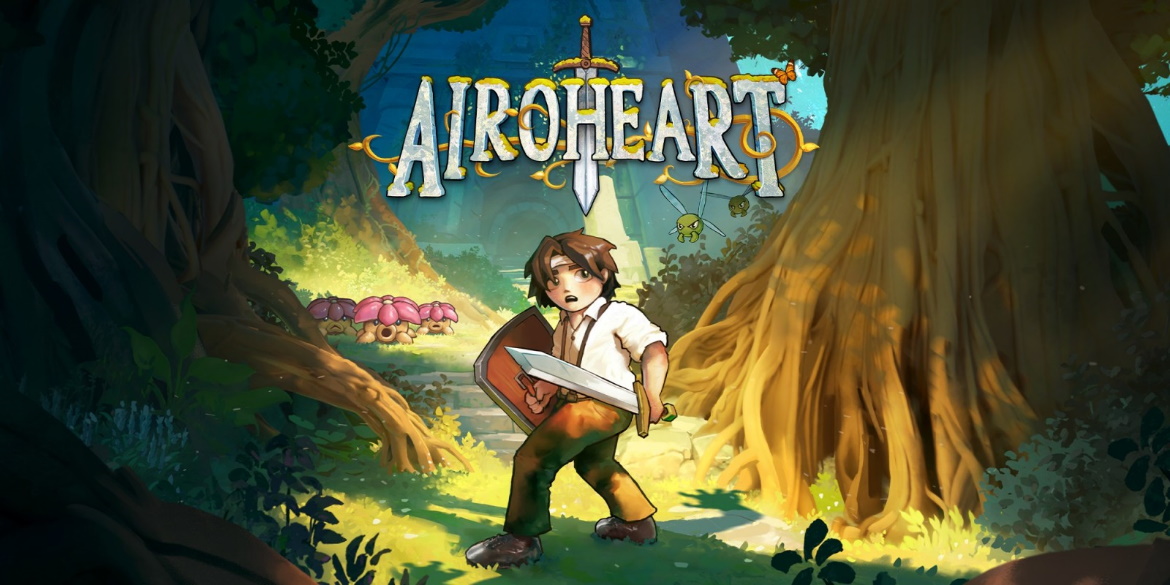 Disclaimer
This Airoheart review is based on a Nintendo Switch copy provided by Soedesco.