A Winding Path from Flynn’s Arcade and Three Eyed Games is a minimalist black and white hand-drawn adventure game on Nintendo Switch. Learn more in our A Winding Path review!


A Winding Path from Flynn’s Arcade and Three Eyed Games is a minimalist black and white hand-drawn adventure game on Nintendo Switch. You’ll be helping others with their problems as you search for a way to solve the drought that is affecting everyone. Maybe if you find the Rainmaker, you can come up with a solution. There are also 12 magical items known as Dewdrops, and you’ll be searching the land for them. Oh, and a magical lyre also plays a crucial role in the whole thing! 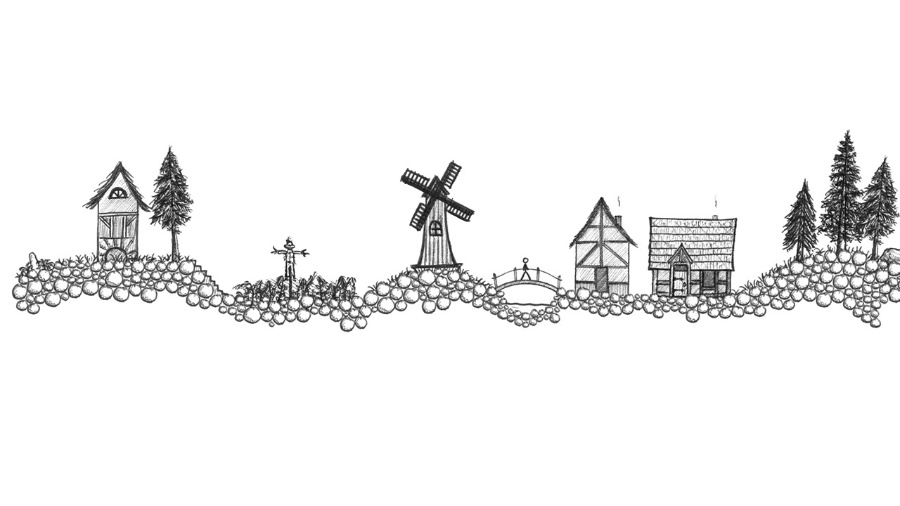 
Without spoiling things too much, some of the puzzles you’ll have to solve include interacting with a pair of lamps in a specific pattern to be able to open a door leading into a cave, grabbing onto an orb that is moving over a track on the wall so that you can go over a large pile of objects that won’t allow you to progress further in your adventure, or the always classic “you must use the box(es) to press switch(es) that are needed to open something.” 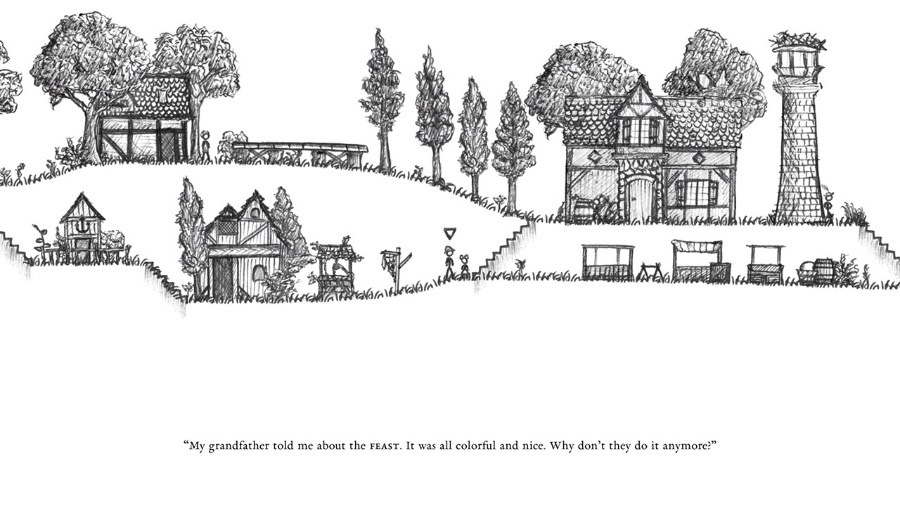 All of the conversations you have will be recorded, and you can always pause the game and check them out again from the Conversations segment. You can go back and read all messages to make sure you didn’t miss a clue here or there, which is a great way to avoid ever being truly stumped by a puzzle. It’s also a great way of remembering what objectives you need to complete, just in case you’ve forgotten what the next step on your journey should be!


And while the game does not have any voice acting, its sound design is outstanding, with distinct sounds presented for, say, a rocking chair, a fireplace, the wind blowing outdoors, birds flying over you, the water flowing under a bridge, the rain falling on the ground, the magical sound of a mystical lyre that can maybe defy the laws of nature and conjure a cloud that can finally make raindrops fall on the land, or the sweet sounds of the singing rocks. You know, the usual. 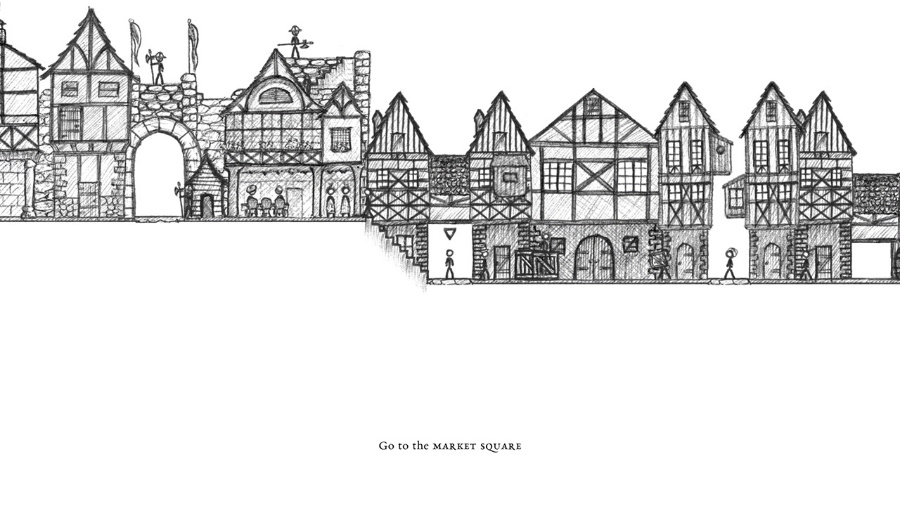 A Winding Path is a chill minimalist hand-drawn adventure game on Nintendo’s console. It’s a short experience that can be completed in a couple of hours at most, which is not a bad thing! A Winding Path is out now on Nintendo Switch with a $6.99 asking price. 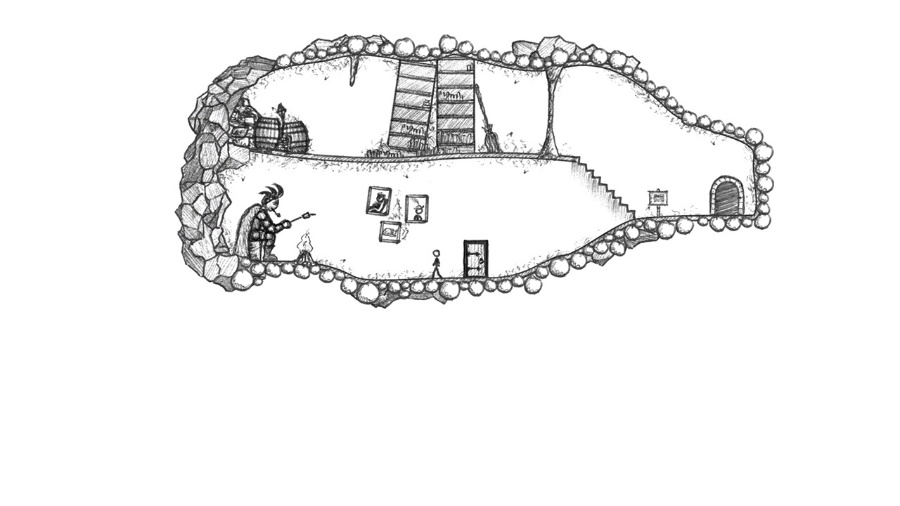 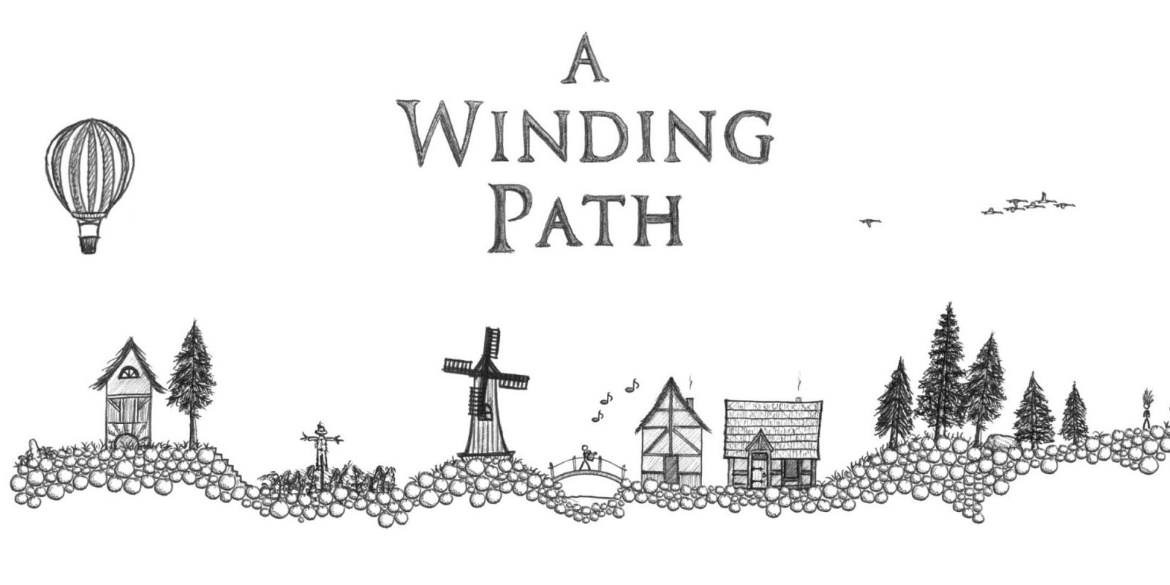 Disclaimer
This A Winding Path review is based on a Nintendo Switch copy provided by Flynn’s Arcade.

Atari 50: The Anniversary Celebration Out Next Week

Final Free DLC For The Darkside Detective: A Fumble in the Dark Out Now!