Ready for a new revamped take on a classic game from Atari, Adamvision Studios, and Sneakybox? Then check out our Yars: Recharged review!


Ready for a new revamped take on a classic game from Atari, Adamvision Studios, and Sneakybox? Then it’s time to check out Yars: Recharged! It takes the classic Yars arcade experience while giving it a 21st-century boost. The original Yars’ Revenge was released for the Atari 2600 way back in 1982, and it’s, in fact, the best-selling game for said console. This new version takes elements from the original while infusing it with elements from the shoot ‘em up genre – with a bit of bullet hell at times – to give us a fun action-based experience. 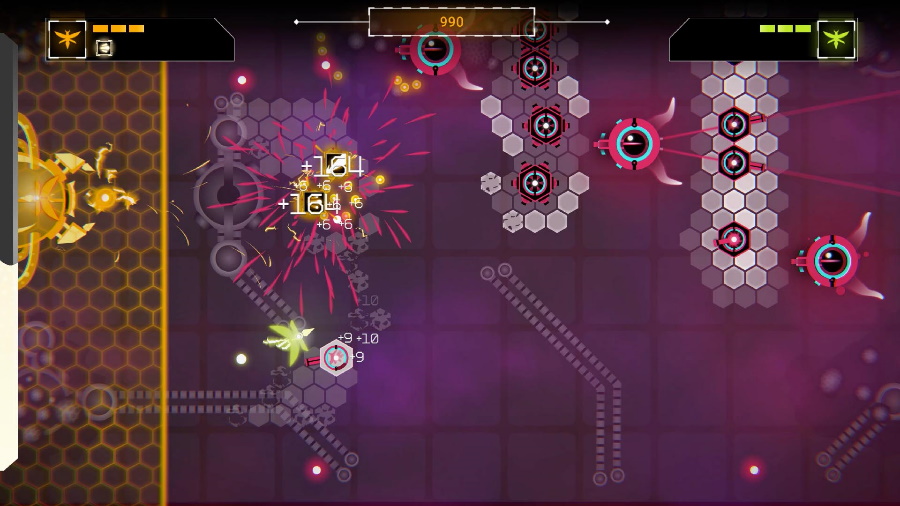 As has been the case for other games in the Recharged series, you can play Yars: Recharged either in Arcade Mode or Missions Mode. For Arcade Mode, you’ll be trying to chase the highest score possible as you try to survive the onslaught of attacks from the Qotile Core and the other cannons it gives power to. Can you survive through 30 stages and reach the end with only three lives per stage? As for Missions Mode, it offers 30 missions in which you must complete each stage to try and get your name on the online leaderboards.


As you defeat the minor cores – a.k.a. the cannons that shoot at you – they will release power-ups that you can use to gain an advantage over your opponents for a short period of time. You can gain access to a rapidfire power-up, which will make it a lot easier to destroy barriers and cores. Maybe if you obtain explosive shots, you can destroy more barriers with each shot and deal considerable damage to cores. A triple-shot power-up will certainly make a difference! The power-up you can obtain will depend on the nature of the core that is destroyed. 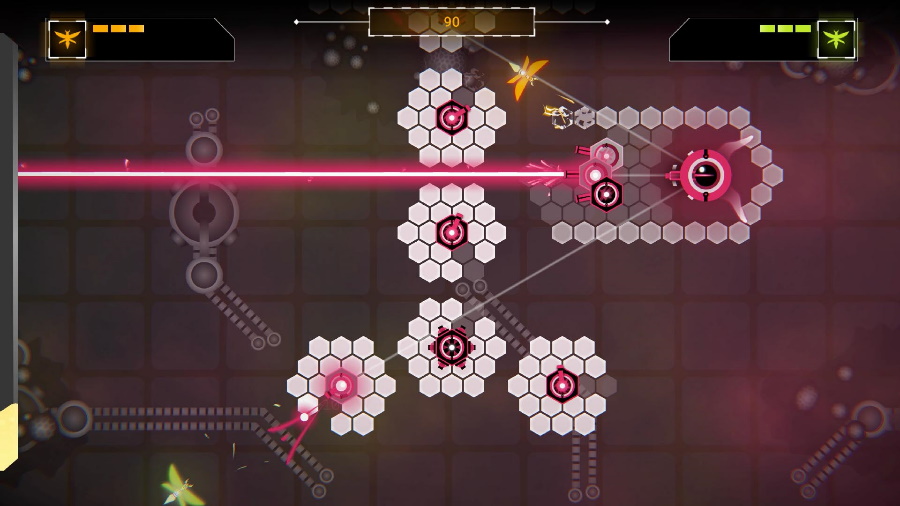 You can take on the Arcade Mode experience either in single-player or in multiplayer. Along with this, you can activate different bonuses to modify your overall score while taking on some tradeoffs. Each of the three options will add a 2.5% score bonus to your overall score by activating the Hyper, Hunger, and Heavy Cannon modifiers. I do suggest that you first take on the Arcade Mode without any of the modifiers so that you can get the hang of things.


You’ll move around with the left analog stick as you shoot with the right one. As you destroy barrier hexagons and defeat enemies, they will release energy orbs that you can collect to power the Zorlon Cannon bar on the left side of the screen. You can also get close to barriers to nibble at the barriers to damage and destroy them. Once the Zorlon Cannon has been powered, you can fly into it to unleash a mighty attack to destroy the Qotile Core. Once you defeat the Qotile Core, you can exit the stage on the right side of the screen to take on the next one. 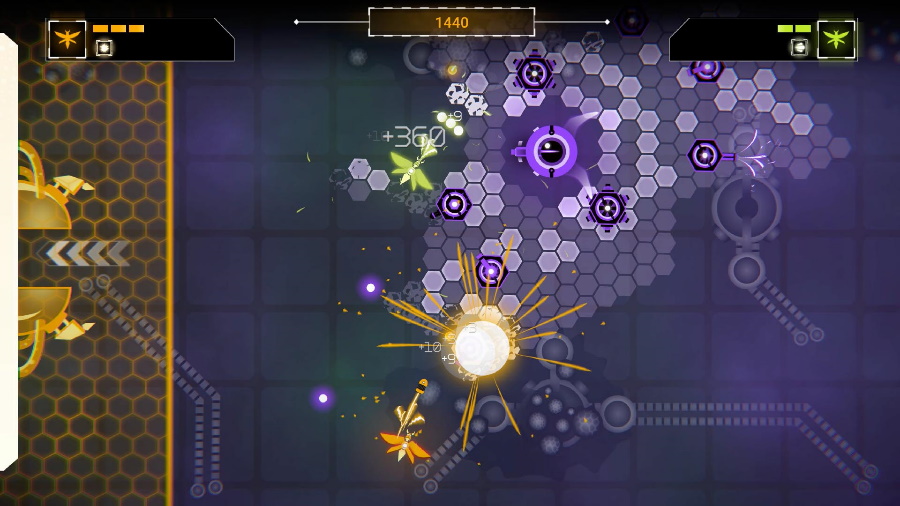 There’s a full trophy list for you to work on during your time with Yars: Recharged. The list includes one lone Bronze trophies, 5 Silver trophies, and 9 Gold trophies. You’ll get these trophies by destroying 50 Qotile Cores, 200 Silorak Cores, destroying 150 barriers by nibbling on them, using all power-ups, completing half of the missions and all of the missions, reaching a score of 10,000, 20,000, and 40,000 in Arcade Mode, completing all stages in Arcade Mode, completing a level without losing a life, shooting the Zorlon Cannon 100 times, and being defeated while operating the Zorlon Cannon. 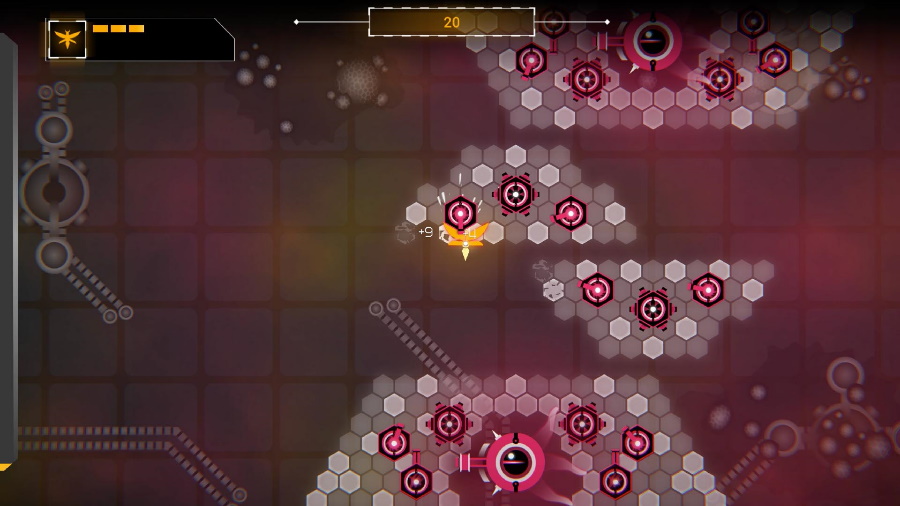 I’ve enjoyed the Atari Recharged series, playing some games on Nintendo Switch and others on PlayStation, and Yars: Recharged keeps the streak going strong by giving us a reimagined version of an old-school Atari classic with 21st-century quality of life improvements. Add the original score from Megan McDuffee, and you have a solid arcade-style experience on PlayStation 5. The game is available for a $9.99 asking price. There’s also a PlayStation 4 version available for the same price as a separate purchase. 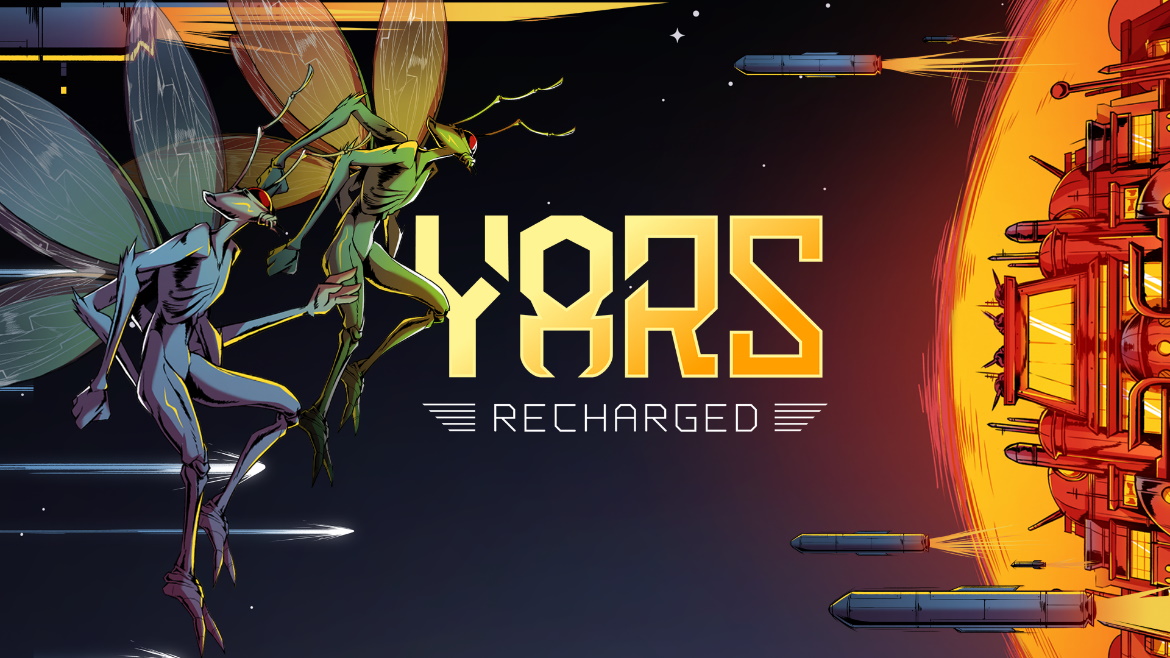 A classic is given a revamped arcade spin on consoles

Disclaimer
This Yars: Recharged review is based on a PlayStation 5 copy provided by Atari.