Wayward Strand from Ghost Pattern is a charming adventure game set on an airborne hospital in the summer of 1978. Learn more in our Wayward Strand review!


Wayward Strand from Ghost Pattern is a charming adventure game set on an airborne hospital in the summer of 1978. You’ll be playing as Casey Beaumaris, who is trying to make the most of her holidays. She’s a journalist for the school paper, always carrying her notebook with her in case she needs to write something. After her mom convinces her to join her at the airborne airport where she works at as head nurse, Casey decides to follow along, thinking she might be able to use this experience to write an article. It’s there that she’ll meet an interesting cast of characters who are all going about their day-to-day, as usual. 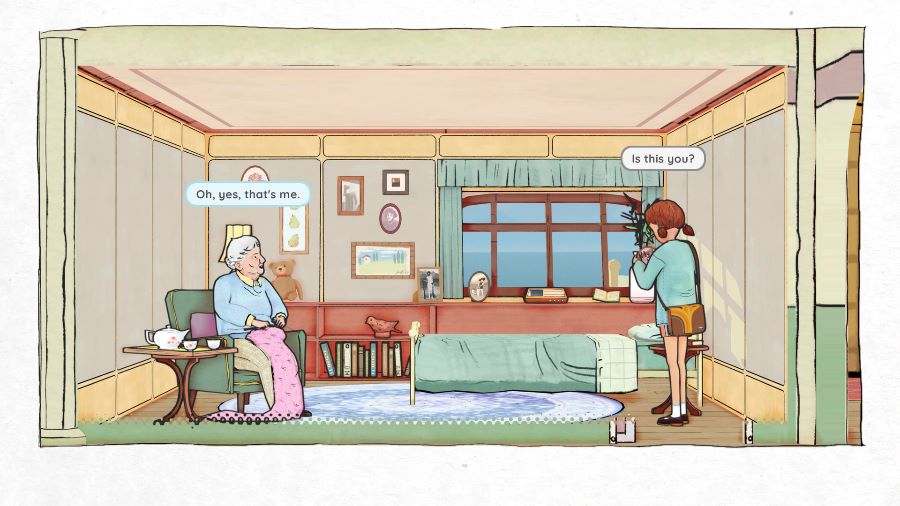 The game is fully voice acted, and each character has a very distinct feel that is perfectly conveyed thanks to each performance. I also have to mention the art style for Wayward Strand since it’s something that certainly stands out. Each area has a colorful nature to it, with a lot of effort put into the smallest of details – say, for instance, how the nurse station is stocked with the items needed for the daily care of patients. The characters are also full of life, and the combination of the great voice acting and the watercolor art style complement each other.


Time passes at a steady pace, and other characters won’t stop to wait to see if Casey will decide to be part of their life, even if for a brief moment. It’s up to you to decide which characters you’ll interact with and how you’ll steer the conversation. Once you spot someone, you can follow them and see where they’re going, eavesdrop on conversations, or chat with them. With over a dozen characters to interact with, there’s certainly a lot to do and see in Wayward Strand! With the setting being an airborne hospital, this alone will pick Casey’s curiosity. But what she’ll find at the hospital will certainly be unexpected. 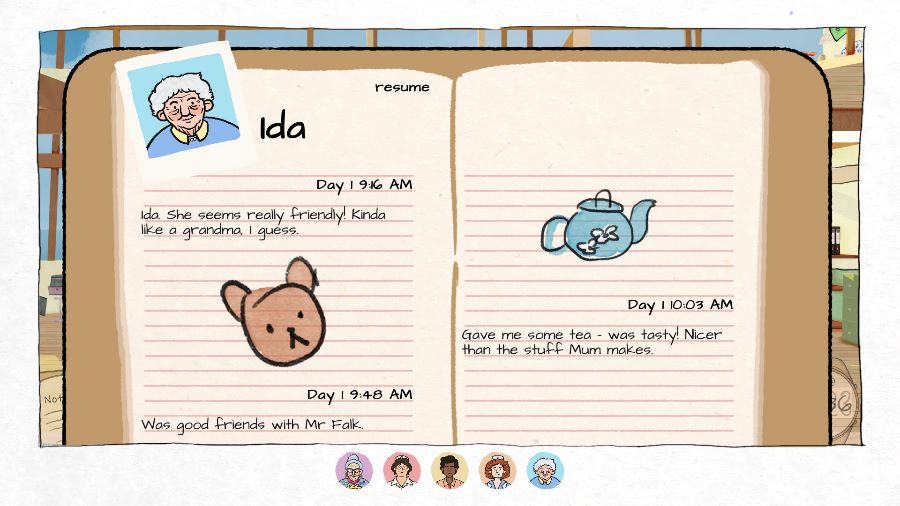 You’ll control Casey with the left analog stick or the D-Pad as you move around from one location to the next. You can interact with objects or characters by pressing the X button and can sometimes leave an interaction by pressing the Circle button. If you need to look for someone in particular, just press the Square button and then select that character’s portrait, and the game will kindly point you in the right direction. During conversations, you’ll be expected to answer within a short time limit. For this, you’ll need to press the Square, Circle, or X button to choose an answer. If time runs out, then the game will make a choice for you.


Casey will keep notes of all her interactions in her notebook, and it’s thanks to this that you’ll be able to see where things are going as you dive deeper into each character’s story, uncovering new information and opening up new story paths and new areas to explore. Whenever you need a refresher or want to check something, just press the Triangle button to open up Casey’s notebook and stop time as you read everything that she’s written up to that point. Just from the intro sequence alone, she’ll have jolted down notes on the airship, her mum, Lily – one of the nurses – and Esther, one of the hospital’s patients. 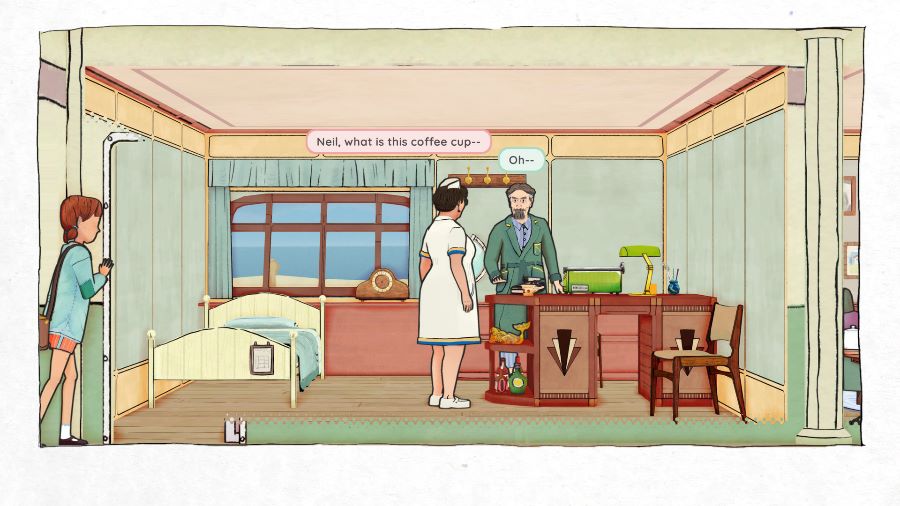 The game has a full trophy list with a Platinum trophy. The list includes 12 Bronze trophies, 10 Silver trophies, and 4 Gold trophies. Since this is a Cross-Buy title, you’ll get the PS4 and PS5 versions of the game with your purchase, and each one will have its own trophy list to work on. As for what you need to do to unlock said trophies, talking about the requirements here would spoil the experience for you. All I can say is that you’ll need to do a deep dive and interact with each character as fully as possible and that the choices you make along the way will certainly have an impact on how you unlock trophies. 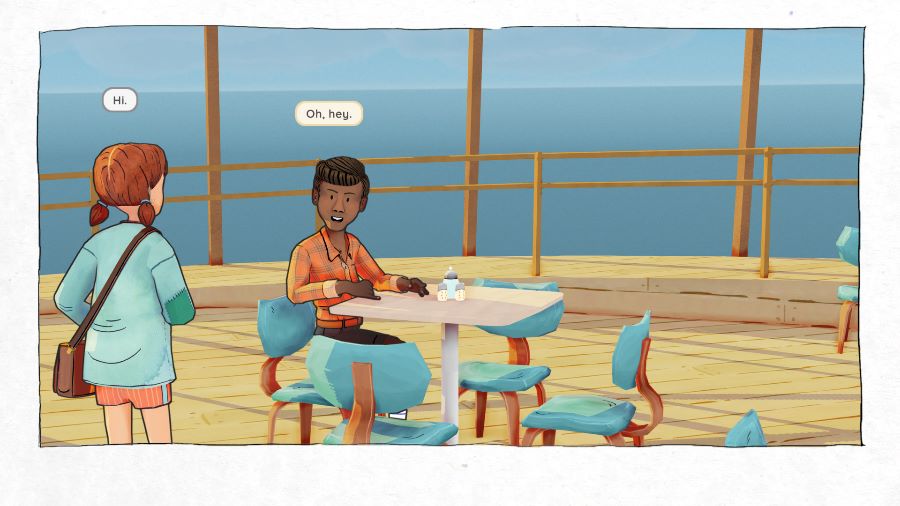 Wayward Strand is a game that I had been looking forward to playing from the moment it was announced for consoles. This is a charming journey that has several interesting characters to interact with as you learn more about their stories. There’s a lot of replay value in this one since you won’t be able to interact in full with all characters during a single run. Wayward Strand is out today on PlayStation as a Cross-Buy title with a $19.99 asking price, giving you both the PlayStation 4 and the PlayStation 5 versions of the game at no extra cost. 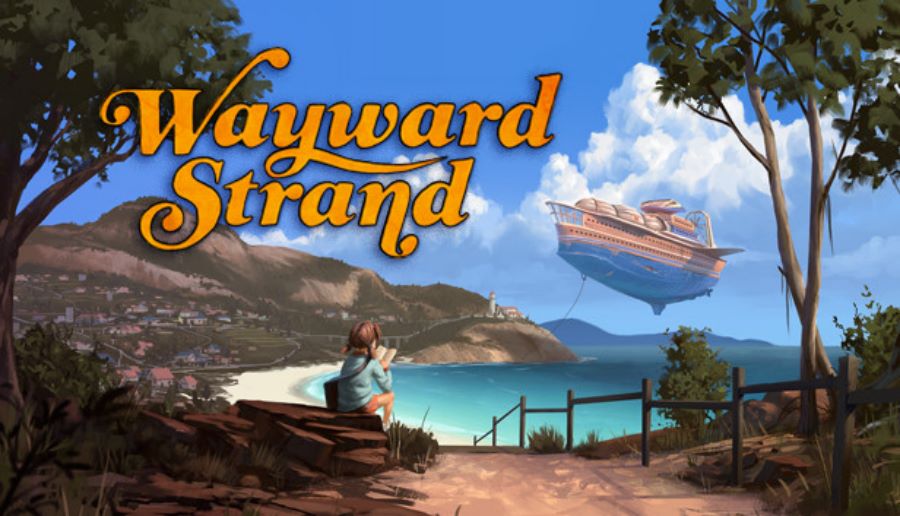 Disclaimer
This Wayward Strand review is based on a Nintendo Switch copy provided by Ghost Pattern.

Like a Dragon: Ishin! On Its Way To PlayStation!