Are you ready for a fun next-gen action RPG on PlayStation 5? Then check out our Soulstice review! 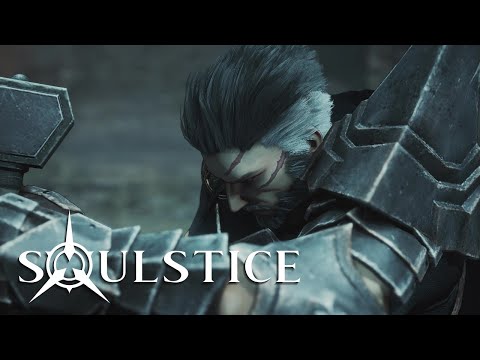 Whenever I hear people talking about Soulstice from Modus Games and Reply Game Studios, I am often reminded of that Meme where the Anime character looks at a butterfly and asks, “Is this a Pigeon?” Those not in the know assumed Soulstice to be just another Soulslike game because of how everything these days seems to be on. I mean, it has Souls in its name, right? So what is Soulstice? Well, the best way to describe it is if Lightning from Final Fantasy 13 and Talion from Shadows of Mordor had two daughters, and they were given their own Devil May Cry-style game. This simple but effective elevator pitch is probably what brought Soulstice to life, and if any part of that sounds appealing, you should 100% be here for this game. So, what’s it all about?

You play as Briar, a scantily yet armor-clad Knight who you would be forgiven for assuming was cosplaying as Lightning from Final Fantasy 13 – she even has the same style of transforming sword as her!) but with the spirit of her sister, Lute attached to her. As I mentioned, Lute reminded me of Talion and his Wraith from Shadow of Mordor. Just like Celebrimbor, Lute is able to assist you in combat in many ways. Story-wise, Soulstice does have a level of intrigue to it. After the world all but ends due to a tear in the sky that summons a whole heap of monsters and misery into it. After an encounter with one of these Wraiths, Briar gains the ability of a Chimera, which has a wealth of story implications. In short, everything has gone to hell, and a handful of Chimeras are sent into the city that seems to be the epicenter of the monster attacks. 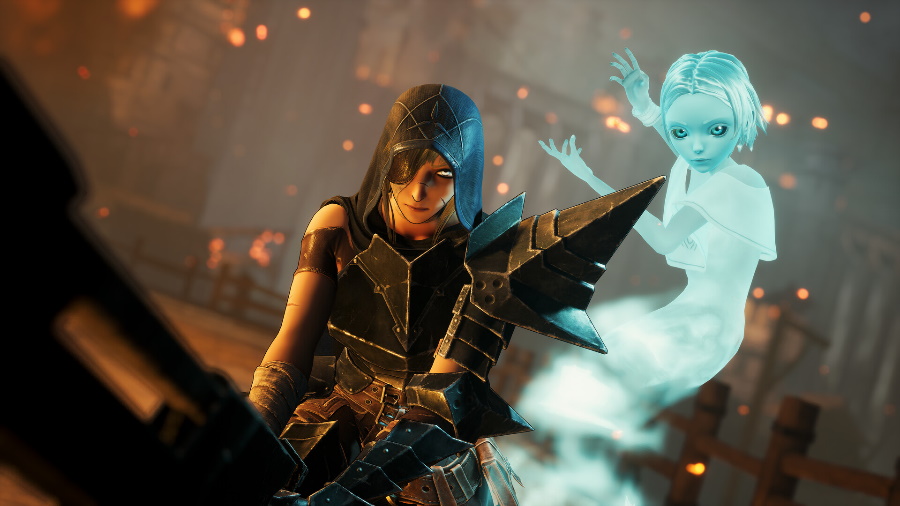 Like any good stylish action game, light and heavy attacks are the orders of the day. Switching between the two whilst ducking and weaving between the barrage of enemies and their attacks is the only way to survive. Your sword is your primary weapon, and a fair number of combos can be used by pressing the Triangle button and mixing things up by pressing the Square button. As the story progresses, you unlock more weapons, and each one seems best suited when used against certain enemy types. For example, a pair of gauntlets you get early on seems to work well against enemies with armor, and the bow is better suited against flying enemies, so it is in your best interest to make sure you switch between the different types.

Whilst Briar takes care of most of the physical stuff, Lute is not just a passenger in combat since some enemy types can’t be harmed by mere physical attacks. By pressing the L2 or R2 buttons, Lute can create a temporary magic field around Briar to make her attacks more effective. Rely too much on these fields, and you may end up leaving Briar on her own so that Lute can recharge. Combat then becomes a balancing act of not over-exerting Lute, keeping Briar safe but effective, and nine times out of ten, the game is an expert at maintaining this act so as not to overwhelm you.


Switching efficiently between the different weapon types also serves the purpose of improving the scores assigned to you post-combat. You are graded on how versatile and aggressive you are in your attacks, how quick you are in dispatching enemies given, and how effective you are in avoiding damage. Your grade can go from Iron to Diamond, and your average is logged. At the end of each chapter, you are awarded bonuses depending on how well you did overall in the chapter. These combat-based carrots encourage you to be a bit more adventurous in your combat style rather than sticking to the same strategies over and over again. The encouragement to explore the different facets of the game is not just limited to combat. 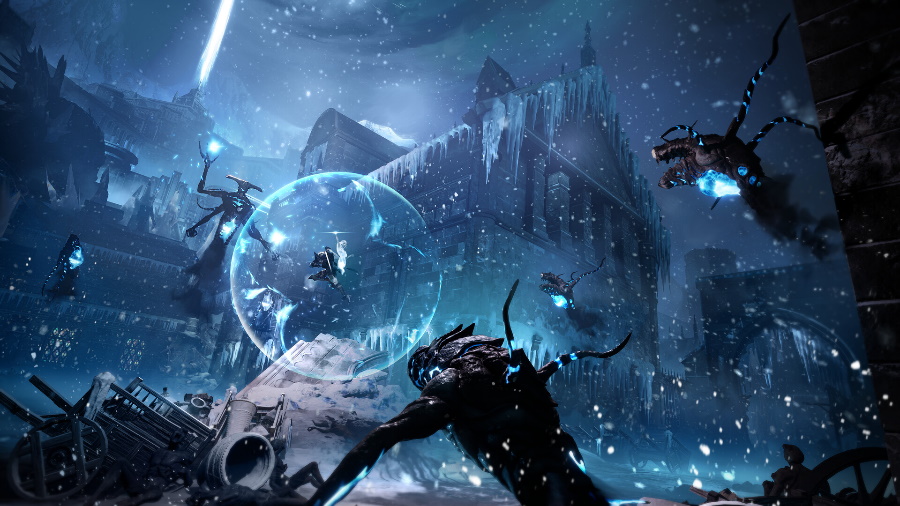 Although the game is mostly linear, there are a lot of hidden paths set to the side that, should you wish to explore them, can result in some bonus rewards and challenges. Controversial opinion, but I don’t think the challenges are properly explained or executed, but thankfully they are not mandatory and can be attempted again at any point during your playthrough. Regardless of how you feel about the challenges, the game does have other means of diversifying your experience. Environmental puzzles exist and can lead to the aforementioned hidden bonuses. Whilst they are often no more than finding a hidden platform here and there, they do break any attempts at monotony.

With that said, the gameplay experience is not perfect. The camera is a big letdown. When exploring the world, the camera is often fixed on a particular view. You can wiggle it a little, but when the action switches to combat, the camera starts to move all over the place, and this is where it can falter a little. In some instances, the chosen camera view is either too far away – making it difficult to judge your attacks – or too close for you to actually see anything. By the time you finish fighting with the camera, you have already given away a hit or two. The camera often feels unintuitive as you are expected to maneuver it in the midst of a very hectic fight. When you have about five enemies zooming around the field, camera issues are the last thing you want to be fighting with.

Yes, you are able to target lock with the R3 button and use the right analog stick to switch targets, but you will quite often find yourself falling foul to an unexpected enemy walking by just in time to wrestle targeting from your preferred enemy, thereby causing a need to course correct one too many times. All in all, the combat can be fun, but minor frustrations creep in when it is clear the camera is not on your side. This can often lead to instances where, due to misjudging how far/close an enemy is, you can end up ineffectively flailing against your target. You can dash to draw close to your enemies, but Brair’s movements can often feel weighted, which makes sense considering that she is in armor and wielding an array of weapons… but then it doesn’t make sense when you see her moving around in cutscenes and during special moves. 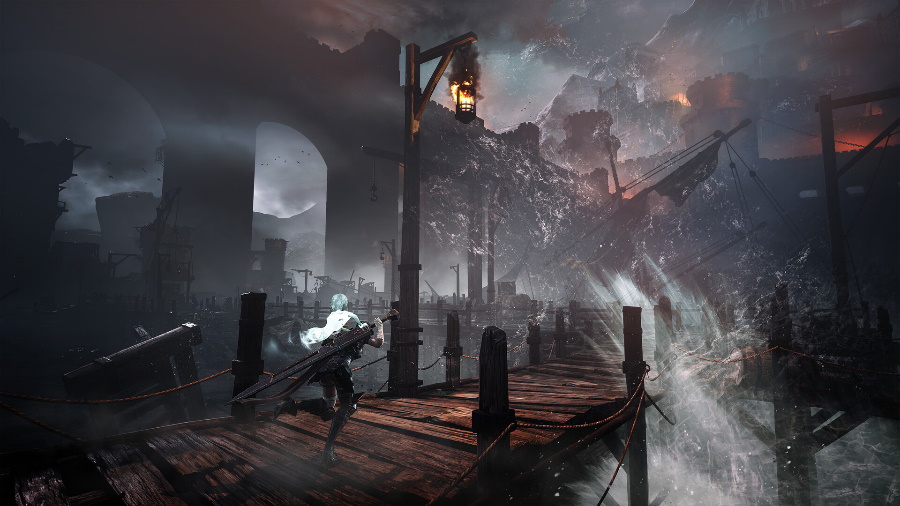 Dashing does feel ineffective because Briar does not move over that big of a distance. You are able to dash multiple times in quick succession as well as double jump, but the problem is that if you dash one too many times, Briar will stumble, and it takes way too long for her to get up. Whilst dashing is a pain, it does, however have its moments. A more ineffective skill of Briar/Lute’s is the special ability that the pair can trigger mid-combat to knock opponents into next year… if you can trigger it. By being efficient in combat, unleashing long combos, and varying your attacks, you can build synergy between Briar and Lute. Should they hit peak unity, you can trigger a special ability depending on which weapon you are using at the time.

This is one hundred percent easier said than done, as building up takes way too long, and you will almost certainly get hit at many points during the process, thus being unable to achieve the requirements. The button combinations required to execute these moves are way too convoluted and will lead you to get hit, thereby ruining the unity and requiring you to restart. You can earn abilities that lower the unity requirement, but from my experience, it was never necessary to try these flashy moves.

In terms of visuals, the visuals are competent enough. Where the game shines is in the world build, the design of the world, the characters, and just the general feel of everything. Soulstice is definitely a world that has been lived in, and the presentation makes it feel that way. New monsters are introduced at regular intervals, each one requiring you to use new strategies to defeat them. Sure, you need to hit them until they’re done for, but one must respect the attempt in not just the monsters but also the weapons and abilities. Aside from the camera issue, the gameplay experience is a joy. 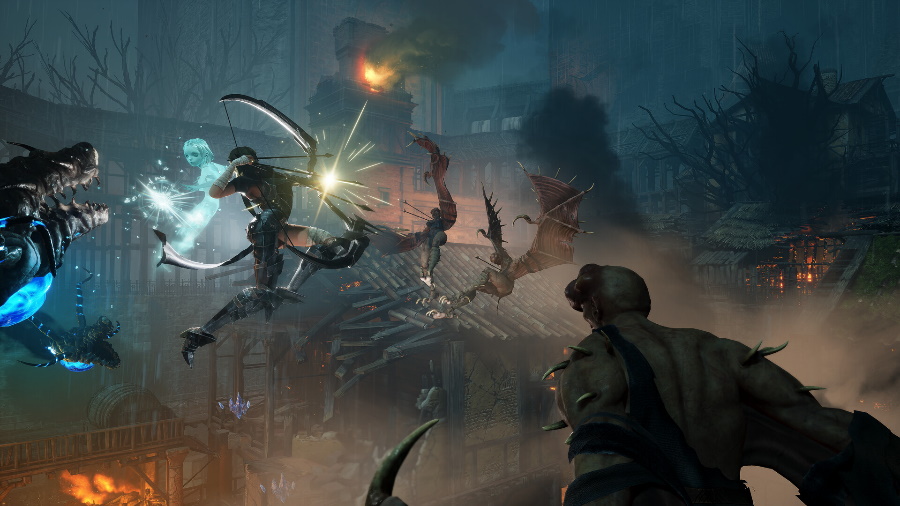 This care and attention seem to spread into the user experience as well. It is now common for many games to feature accessibility options, and Soulstice does care about its players. Whilst not as rich as some games can be, they are worthy of note here. The game has full controller customization and has no qualms about you changing them on the fly. It also has options for subtitles and color blindness, and you can also change the gore setting, as well as button prompts for those of us who are not too keen on games requiring excessive button presses in QTEs. In terms of visuals, the game offers the ability to change on the fly between performance, resolution, and balance.

Regardless of your preferences, Soulstice comes highly recommended. The writing can feel a little bit self-involved at times, but the story is interesting enough to keep you going, and the atmosphere within the areas is strong enough to keep you going. It’s the little subtleties that make the package seem more complete. For example, the sound design is not overwhelming but subtle enough to promote the nuances of the world but never enough to overwhelm it. The quiet strings, in quieter moments, and the sudden switch to a more hectic feel during combat, or the hard “thunk” of your sword/axe hitting an unsuspecting enemy – it never gets old. In addition, the voice work is respectable. With that said, the occasional repetition of certain lines during the quieter and unscripted moments will begin to grate you after hearing them for the umpteenth time – if I have to hear about that oak tree one more time… 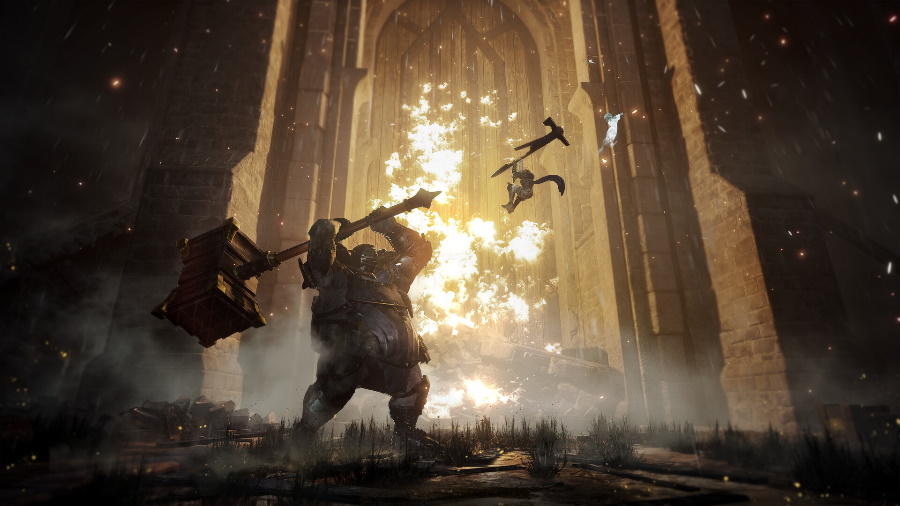 Yes, there are gripes with this game, but even with the much-maligned camera and the one instance where in one chapter with a maze, I was left running around for over an hour simply because the next section would not load until I decided to restart the whole chapter, this is one to check out on PlayStation 5. I ran into other bugs, such as one time when I used consumables in a fight I was struggling to win until I decided to restart the checkpoint, only to find that my consumables did not carry over. And yet, I still thoroughly enjoyed this game, and I’m convinced anyone with a passing interest in the genre will enjoy the affair, the world, the story, the atmosphere, the music, and the gameplay all pull together to make an enjoyable experience that should not be skipped out on. Soulstice is out today on PlayStation 5. 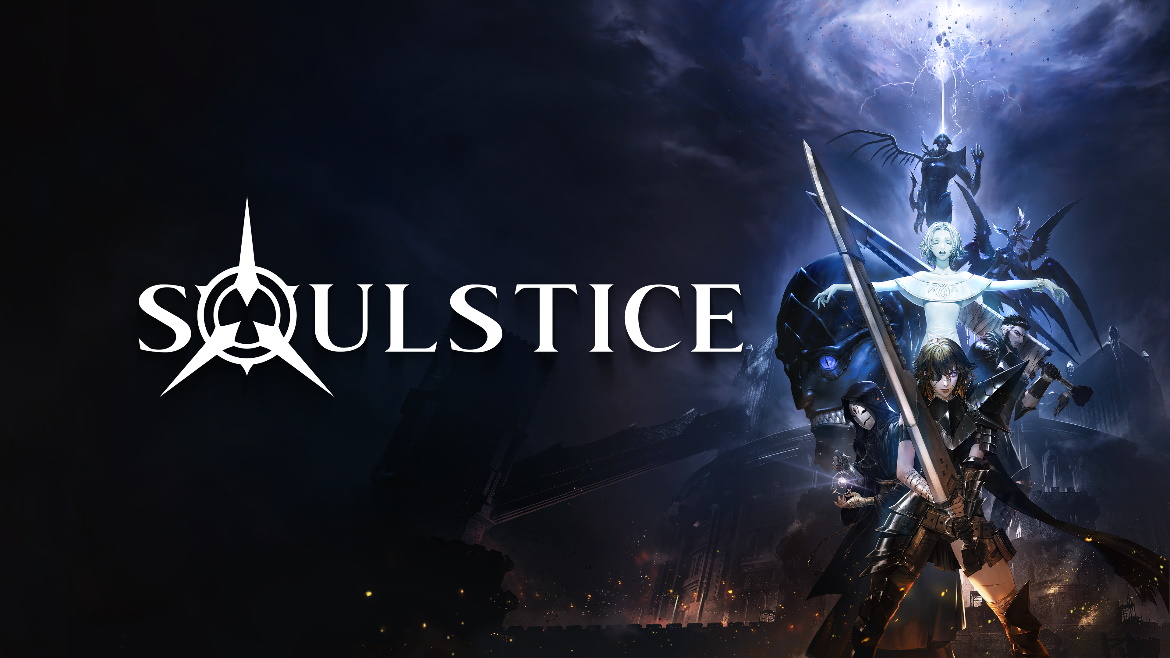 Disclaimer
This Soulstice review is based on a PlayStation 5 copy provided by Modus Games.