Open-world post-apocalyptic action RPG Biomutant from THQ Nordic and Experiment 101 is finally ready to go on PlayStation 5. Learn more in our Biomutant review!


Open-world post-apocalyptic action RPG Biomutant from THQ Nordic and Experiment 101 is finally ready to go on PlayStation 5. A plague has torn the land to pieces, and those remaining have split into Tribes that are trying to restore the Tree-of-Life to its former glory. Some are trying to do it in a peaceful manner, aiming to bring all Tribes together under one banner. Others are… not as peacefully inclined. Which Tribe will you ally yourself with? Since all of the characters speak in gibberish, the game features a narrator that will make it possible to know what they’re saying. The narrator will also, well, narrate the story as you progress further and further in the world of Biomutant, sharing glimpses into what has happened before and where things are headed.

After releasing last year on PlayStation 4, we’re now getting a PS5 native version for the game, which includes full DualSense support for haptic feedback and adaptive triggers, as well as using the controller’s speaker for some extra audio oomph. There are also three different graphics options: Quality, Quality Unleashed, and Performance. Quality has the game presented at 4K resolution with framerate capped at 30 FPS. Quality Unleashed has a 4K resolution and a framerate that can fluctuate. Performance will give you a 1440p resolution while bumping up the framerate to 60 fps. The bloom is stronger, the lighting is better, the locations are more colorful and vibrant, and the fur on everyone is furrier.

The first step will be to encode the DNA of your character. You can select its Breed between the Primal, Dumdon, Rex, Hyla, Fip, and Murgel options. Primal is a nimble anthropomorphic breed with lower intellect. Dumdon compensates for its lack of mental prowess with physical strength. Rex is the most balanced of the bunch. Hyla has a special gene mutation that makes it extremely tough and resilient. Fip has a highly evolved mind, amplifying its Ki and, therefore, its Psionic output. Murgel favors form and appearance over function. 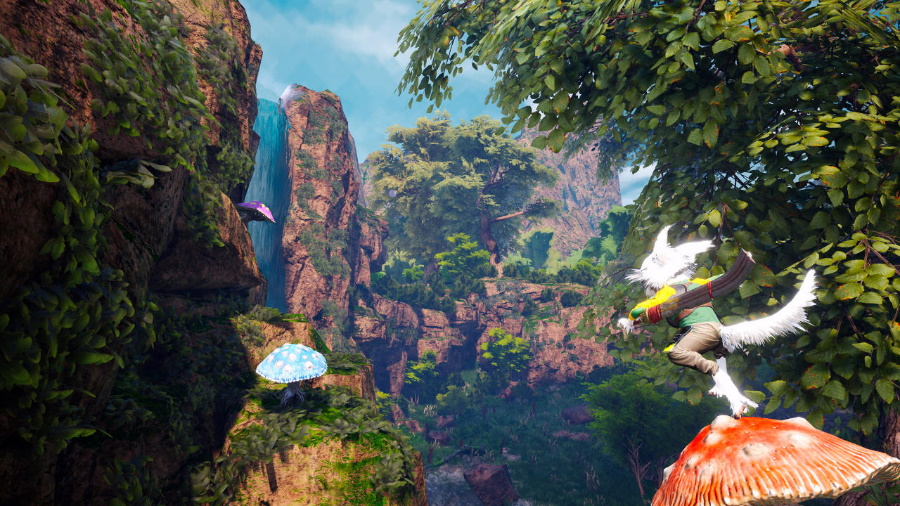 Next up will be mutating your character, thus distributing its total attribute points, which can be used to either further improve the stats at which the selected Breed excels or to compensate for its weaknesses. Vitality defines your health and the energy cost for dodging. Strength adds to the melee damage you can deal. Agility will increase your character’s overall speed. Charisma defines how easily you can persuade other characters while also directly affecting your Barter stat. Intellect is directly tied to how much Ki-Energy you have, how fast it regenerates, and the damage dealt with Psi-based abilities, along with determining the number of moves you can perform when taking on puzzles.


You can also pick a genetic resilience to radioactivity, heat, biohazards, or cold, or keep everything in the middle so that you can start with a bit of resistance to all of them. Select your fur style, pick your main and secondary fur colors, and you’ll be one step away from completing the full customization process. What’s left to do? Selecting a class for your character!

What are the options for classes? Dead-Eye, Commando, Psi-Freak, Saboteur, and Sentinel. Dead-Eye will provide a bonus to ranged weapons, making it easier to reload while also providing your next magazine with a 20% damage bonus. Commando gives all of your ranged weapons a 10% damage boost. Psi-Freak allows you to shoot a spark ball while boosting your Ki-Energy regen by 20%. Saboteur is a melee dual-wielding character that also gets a 20% reduction in energy consumption when dodging. Sentinel will boost your base armor by 10. 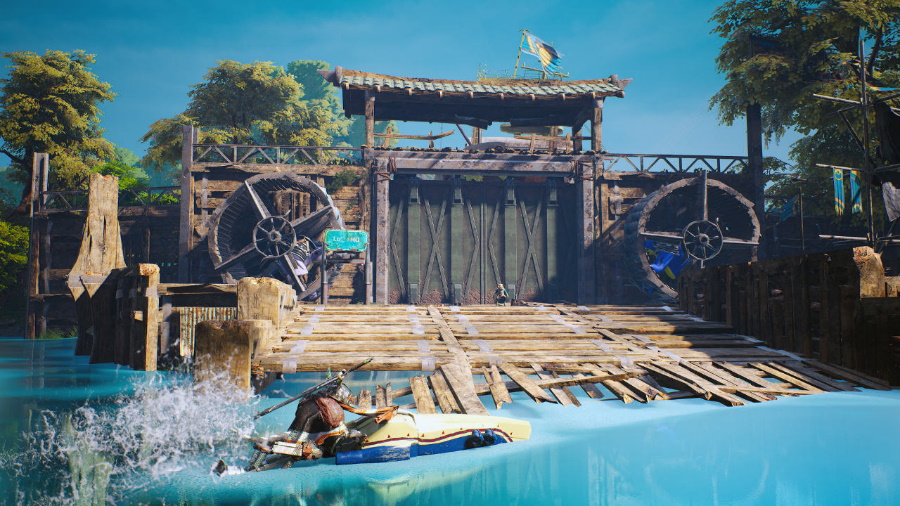 You’ll get to learn all the game’s basics during the Bunker 101 tutorial segment. You’ll control your character with the left analog stick, moving the camera around as needed with the right one. If you want to run, just press in on the left analog stick. The X button will be for jumping and double jumping, while the Circle button can be used for dodging – an incredibly valuable skill when in combat. When in battle, the Square button will be used for your melee attack, while the R2 button will be for shooting your weapon. To reload it, just press the RR1 button. If you time things right, you can parry incoming attacks with the L1 button.

The Triangle button will be for your Wung-Fu techniques, which are attacks or skills inspired by real-world Kung-Fu. Fill up the Wung-Fu bar, and you can unleash a mighty Super Wung-Fu move! Once full, press the L1 and R1 buttons at the same time to open up access to your Super Wung-Fu skillset. To interact with objects or characters, press the Triangle button. The D-Pad can be used to activate melee weapons by pressing right, ranged weapons by pressing left or use consumable items by pressing up. Consumable items include things such as a Health Patch, which can be used to recover some of your lost health by way of a short regen ability, an Energy Pack, or a Small Healthpack, which will considerably increase your health regen.


The choices you make along the way will have an impact on your character’s development as a good guy or a bad guy. These will have an impact on your Aura, increasing the light or dark points for it. Your actions can reward you with PSI-points, which you can use to unlock powers at Psionic Totems. Some of these powers can only be unlocked if you have a light or dark Aura, thus changing your overall approach to things. There will also be some child sequences for your past, and the choices made there will affect how other characters remember you as a child.

By defeating enemies and completing quests, you will receive experience points. Once you’ve collected enough, your character will level up, which will allow you to boost one of your attributes by 10. On top of this, you will also be rewarded with a point that you can use to unlock skills in the Wung-Fu and Perks menus. You can use upgrade points for close combat skills, ranged combat, basic melee, basic range, maneuvers, and Super Wung-Fu. There will also be subsections for these, so you could, for example, go into ranged combat, then guns, and then select to unlock the crane dance combo, which allows you to fire your guns at the end of a special combo sequence. 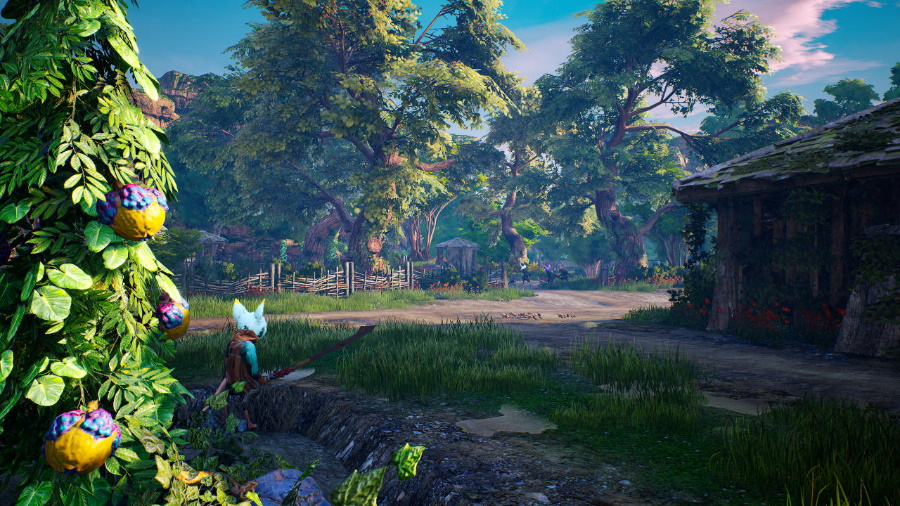 You can also use points to unlock additional perks for your character. These include luck out, which will increase your loot chance by 10%, charmer, which boosts your chance to persuade in dialogue by one point, ki energize, which allows you to replenish some of your Ki-Energy after a successful special attack, plating, which will have clothes and equipment get an armor value increase of 25%, clip tech, that will have ranged weapons fire 25% more shots before needing to be reloaded, or even class specific perks like quickload, which will reduce reloading time for ranged weapons by 25%.

You can also absorb Bioblobs by defeating mutant enemies known as Morks or by collecting special containers dotted around the world of Biomutant. Bioblobs can then be used to unlock special powers in the mutations segment of the menu. This menu is split into biogenetics, PSI-powers, and upgrade resistance. Under biogenetics, there are things such as the Mothmouth ability, which allows you to infect small humanoid enemies that will then attack their allies. Upgrade resistance will allow you to boost your character’s resistance to heat, cold, radiation, and biohazards.


Under the PSI-powers segment, you’ll find several special PSI-based abilities, but these will require that you spend PSI-points to unlock them. Two PSI-points give you access to Blaze, which will launch you forward as you leave a trail of fire behind you. You might want to spend six PSI-points on Freeze, which can deal cold damage to all enemies within range while making the ground slippery. Do know that you’ll need to have 10 points in the light aura attribute to be able to unlock Freeze.

As was the case for the PS4 version, Biomutant on PS5 also has a full trophy list with a Platinum trophy. The list includes 37 Bronze trophies, 6 Silver trophies, and 3 Gold trophies. The first trophy you’ll unlock will pop as soon as you escape from Bunker 101 and complete the tutorial. After that, you can get most of the trophies by completing sidequest, defeating a ton of enemies in a variety of ways, upgrading any two of your attributes up to 100, or obtaining 10 of each crafting resource, to name some examples. As for the missable trophies, they’re tied to completing a specific objective on each of the four major boss fights, so you should make a manual save right before fighting against each one, just in case. 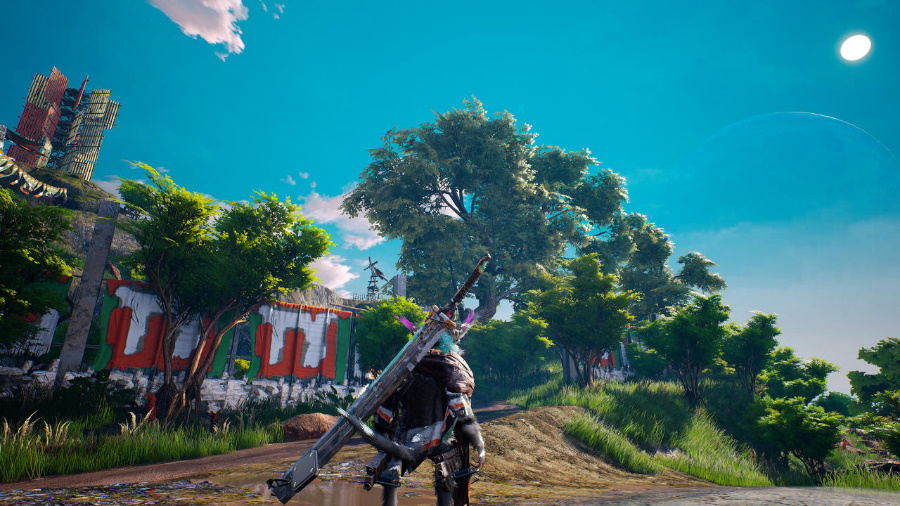 Biomutant has been revamped for its PlayStation 5 debut, giving us a game that makes good use of the DualSense features for a better experience. On top of that, there are three different graphics options for the game, so you can go with a 4K resolution at a capped framerate, a 4K resolution with an open framerate, or activate the performance option for a 1440p resolution with 60 fps. And since this is now a Cross-Buy title, if you already own it on PS4, you can upgrade to get the PS5 version at no extra cost. If you’re new to the game, then your $39.99 purchase will give both the PS4 and PS5 versions right away! 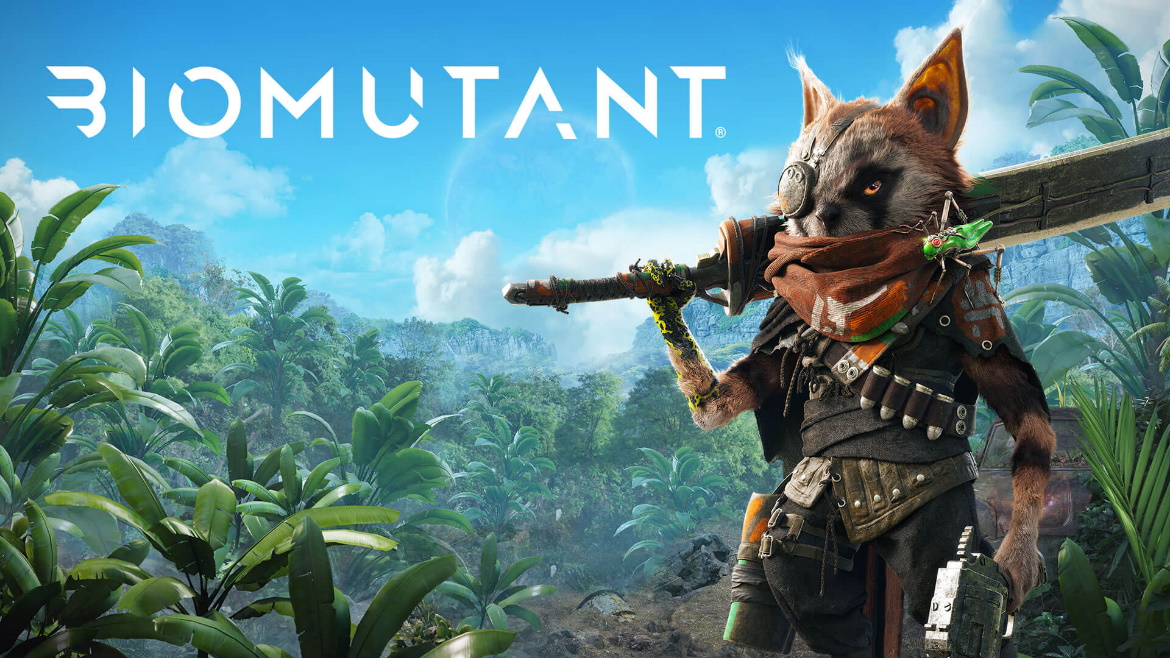 Disclaimer
This Biomutant review is based on a PlayStation 5 copy provided by THQ Nordic.